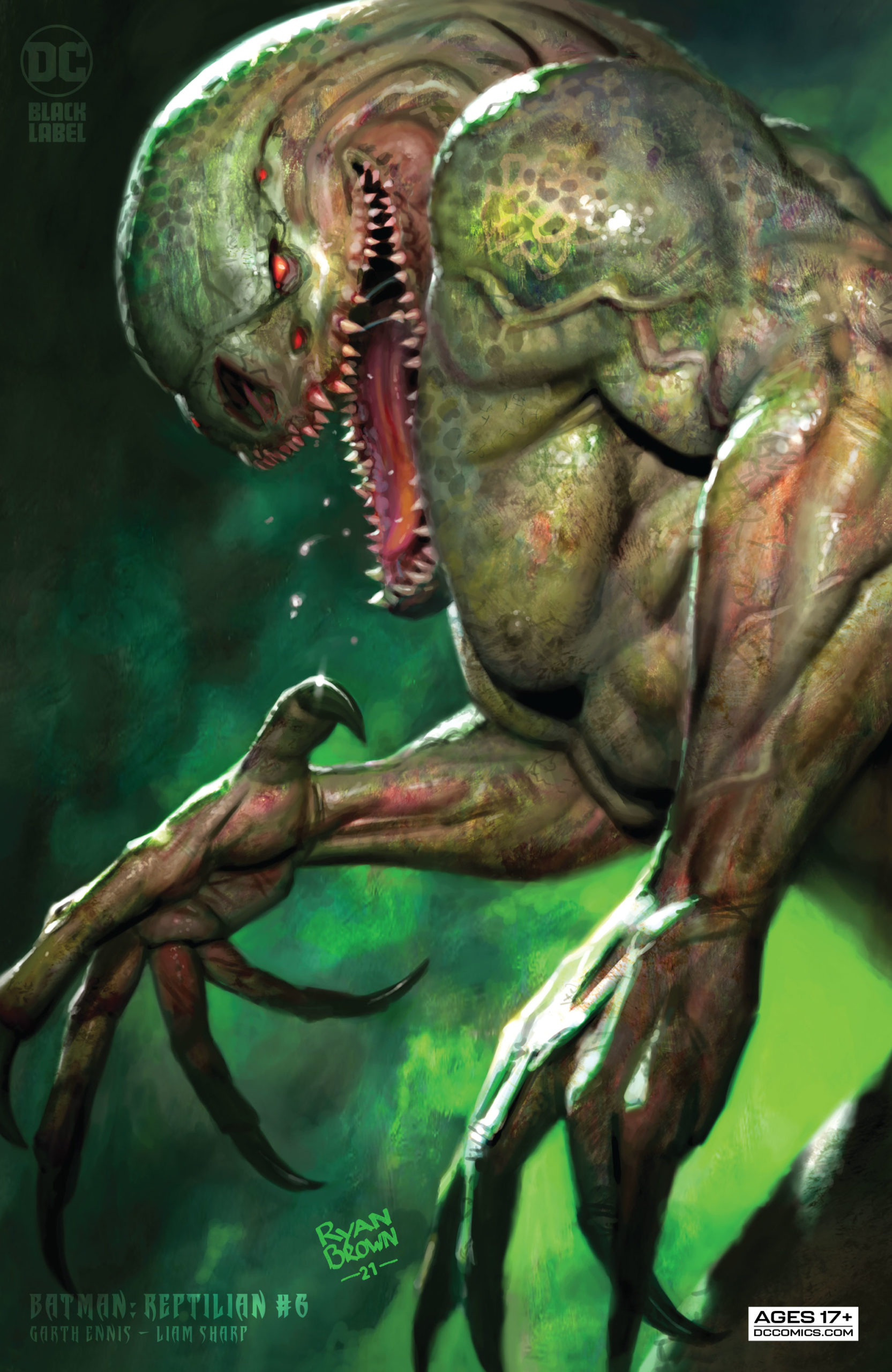 This is it: Batman: Reptilian #6 is the final issue in the mini-series. So far, Batsy has discovered what was scaring and mauling all his rogues’ gallery, but the detective hasn’t cracked the case just yet. Now he needs to figure out what exactly it wants and how to stop it. If it even can be stopped.

Now, let’s find out how Batman has gotten out of the situation that he very literally threw himself into in the last issue. 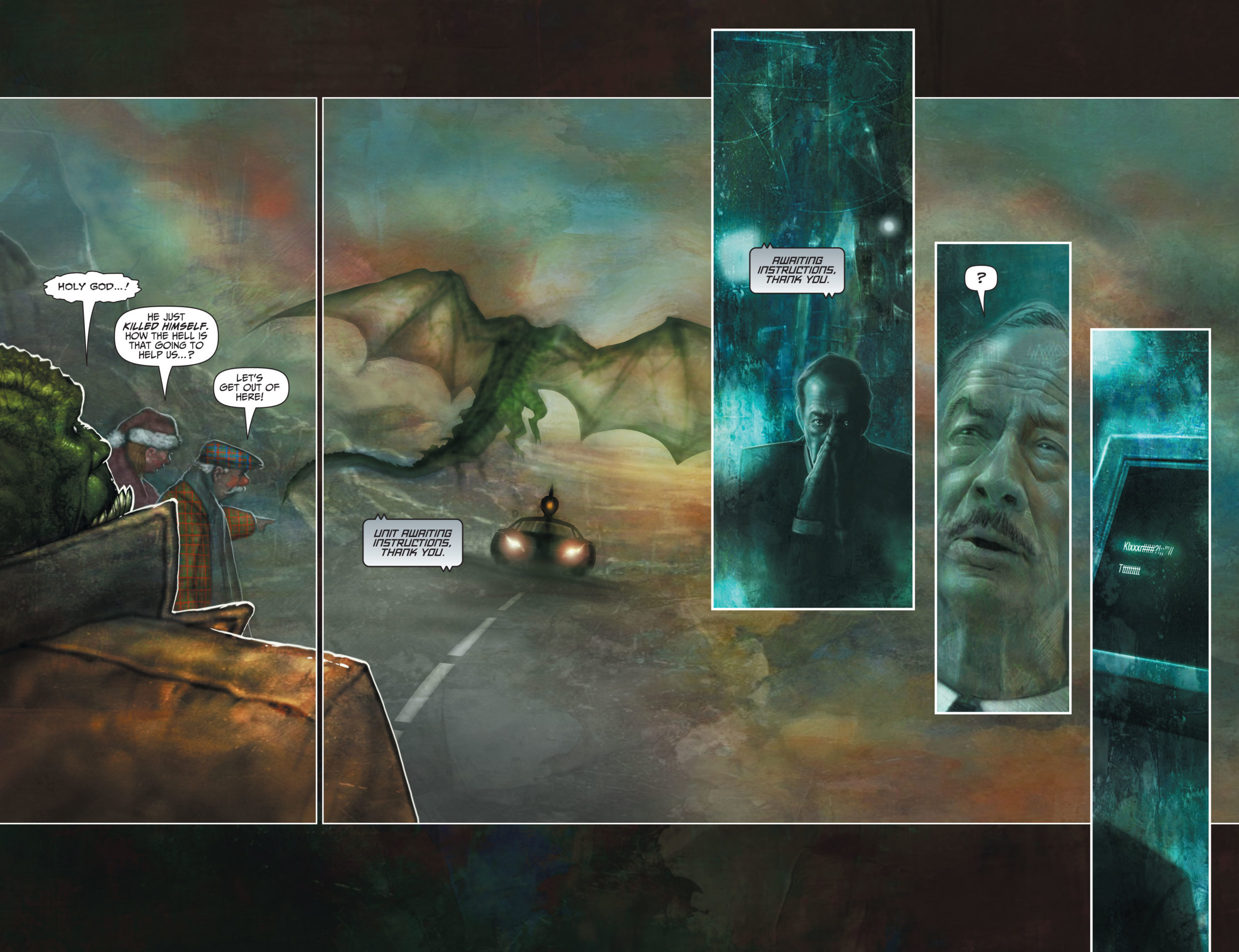 Liam Sharp didn’t hold back for the final issue. Throughout the series, his art has been stunning, of course, but the cover art for this final issue is my favourite one of all. Not only does it hint at the last few pages in #5 but also what could happen in this one, with Batman’s arm sticking out from between a pair of jaws. With all of the details of all of the many teeth on those jaws, it makes the silhouette of Batsy’s spiked wrist guard really stand out against the red background.

There’s one page that I think stands out strongly against the others, just for the rage that’s clear in every frame. We all know that red can symbolize anger, but that doesn’t mean we can physically see that the character’s angry. Sharp really shows the rage with his unique art style, over-exaggerating just at the right places and times to get his point across. As usual, his wild mix of colours, which really shouldn’t go well together, look stunning.

Poke It With A Stick

The Batman never kills… but things have a way of happening anyway.

With a hot car chase happening, the Batmobile’s in more scenes than ever in this issue! As well as Alfred, who’s comfortable in the Batcave, watching the monitors and wondering what on Earth Bruce had planned when he threw himself at the enemy. The plan doesn’t really go according to plan. Then again, when does anything in Gotham go that smoothly? Killer Croc’s also about as useful as he’s been since the start.

Volkov, as usual, is petrified. He really didn’t know what he was signing up for, did he? Batman makes working for Joker look relaxing. Of course, communicating has never exactly been one of his strong suits.

As usual, Sharp’s art is amazing this issue, just like all the ones before. The plot had some great twists that I really wasn’t expecting and were honestly weird, but weird and Gotham go hand in hand so it’s almost normal. The characters have been great since issue #1 too, especially the dry humour at the worst of times.

However, the pacing of Batman: Reptilian #6 was off-kilter, it all went a bit too quick. The ending felt a bit rushed to me, especially when almost everything else throughout the series has been done at a steady pace. Although, if the last few lines are anything to go by, this may not be the end of our wild Killer Croc Baby. I do hope that there’s more added to the series because the ending didn’t really scratch that itch, unfortunately.