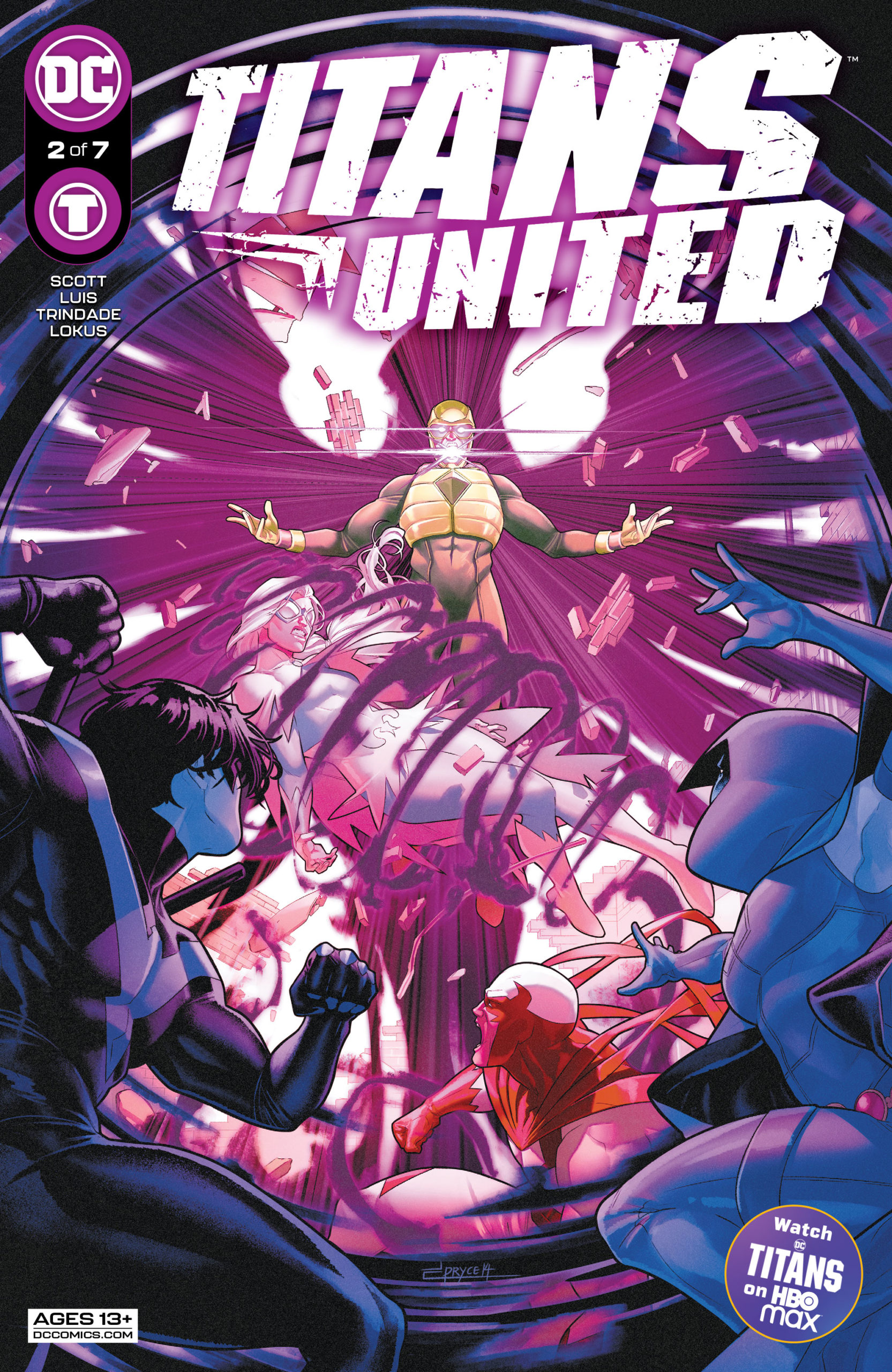 Titans on HBO Max has been polarising fans since the words “F*** Batman” came out of Robin’s mouth. This comic is trying to take that violent modernity and bring it into the comic book environment. Don’t take my word for it… Read Titans United #2!

This issue is a bit different from the first, as a lot of the lightness that usually comes from a Titans book seems to have dissipated quite quickly and this chapter is closer to the TV series it’s related to. The team’s currently battling foes who can imitate and even steal their abilities, leaving Superboy powerless. Aside from the constant mocking from Red Hood, this seems to have put Conner in a very bad mood, as he’s constantly grunting and punching things, which was a bit of a shock for me, as anyone who has that big “S” on their chest is usually much more mild-mannered.

At the end of the last issue, we found Hawk and Dove in a bit of a predicament against a super-powered Kite Man. That’s where this chapter begins.

Having the entire team from every season of the show all in one place (not having to worry about the cast and budgetary restraints is a great thing. We get to see each member of the team cut loose, with powers, punches, and explosions. This is demonstrated vibrantly by the art of Jose Luis and Jonas Trindade. They have all the colors, costumes, and charisma of a comic book and we, the readers, can’t help but think about the actors and scenarios from the show. What a perfect combo.

The writing in this issue, though; makes some of the same mistakes the show does, as it felt slightly rushed. Cadmus was thrown in, much like on screen, at the drop of a hat, as well as a character whom I won’t reveal. This issue needs to read a few critics’ reviews of the TV show and slow the pace, enjoy itself as a comic and build the suspense and tension. There’s no need to rush, guys!

So much happens in this issue that I had to go back for a re-read to process it before I could write this review. Don’t try to read this comic on the fly. You’ll need to be sitting in a comfy chair sipping some hot tea and really take it all in. (It’s not Sandman, but a lot happens).

Titans United #2 crams a whole lot into one issue, so don’t miss out. The art is great, the characters we love are all on the team, and there’s a giant robot [REDACTED] at the end! No spoilers from me, but you’ll be wowed!