Titans may be slowly foreshadowing that Nightwing is on his way out as the leader, with Donna Troy slipping into the role.

Eagle-eyed viewers of Titans may have noticed the show dropping hints at Donna becoming the new leader of the team. Donna cheated death after the season two finale, only to find herself on a different adventure. In “Souls“, she was able to come back to life, thanks to Hawk and Tim Drake. Soon after that, she’s tested in a sparring match with the Amazon elder, Lydia.

Once Donna Troy proved herself, Lydia proclaimed, “…You were born not just to protect people Donna… but to lead them” before telling her to return back to Titans Tower. Could this be a sign of a future where Donna leads the group? 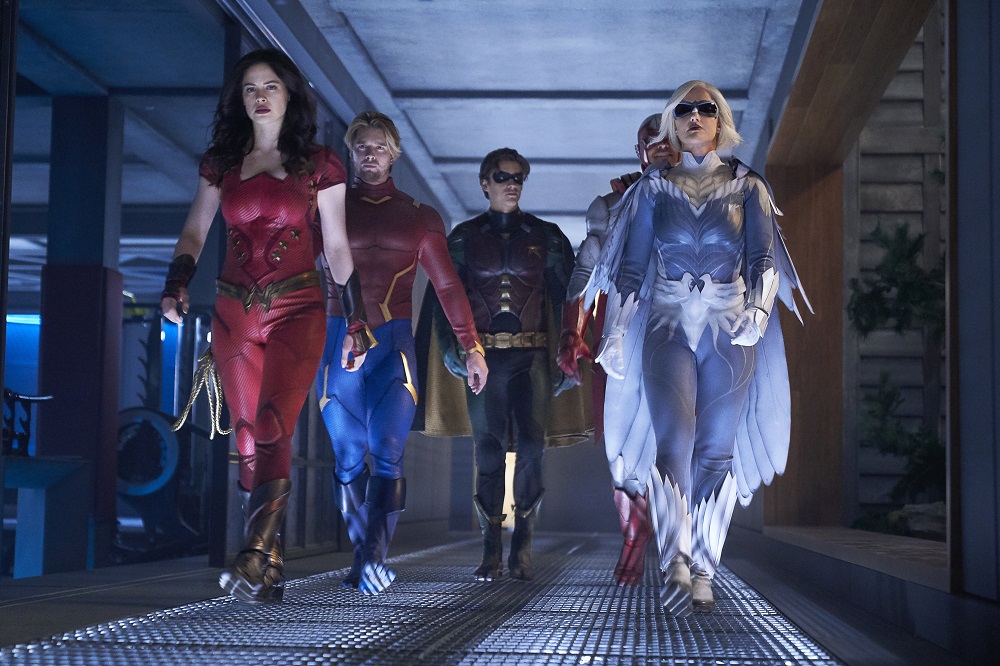 What about the current Titans leader, Nightwing? Well, the show may actually be preparing him for a path away from the team. When Bruce Wayne abruptly retires,  he tells Dick to “…be a better Batman” before skipping town.

Later, when injured, Nightwing hallucinates the Batman logo in an eye chart near his bed. Are these all clues that Dick Grayson may take over the mantle of the Bat?

If that’s the case, then Donna will easily be able to fulfill the role as the leader of the Titans. Perhaps in season four? I guess we’ll have to just wait and see.