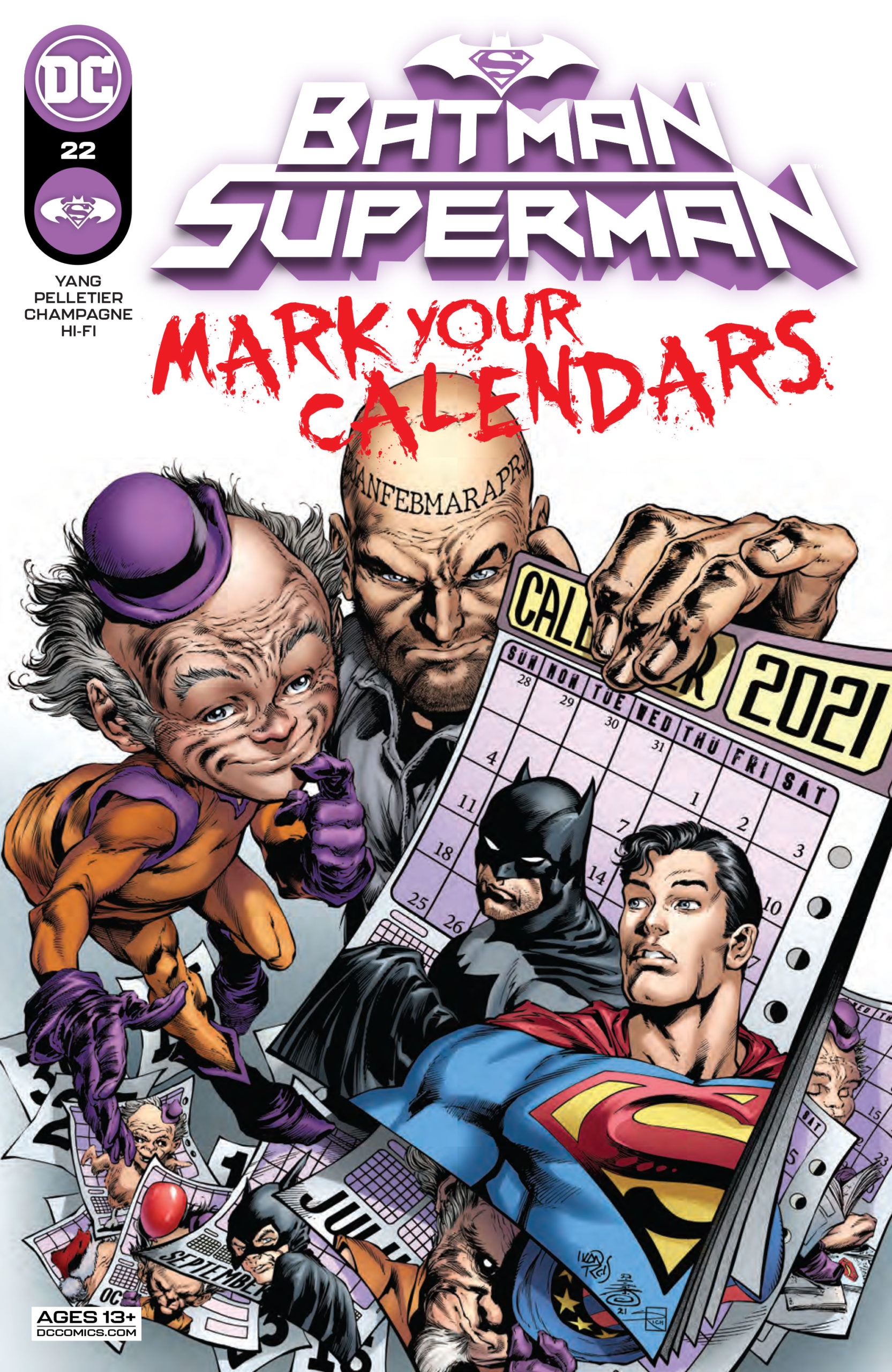 Calendar Man explores the magic of the 5th Dimension as Mister Mxyzptlk wreaks havoc on reality, in this week’s Batman/Superman #22.

In case you didn’t know, Calendar Man likes calendars and views time in the form of boxes. Do you know what else is comprised of boxes? Comic books. That’s right – after a visit from Mister Mxyzptlk , Calendar Man can not only see the boxes of his reality (i.e. the panels in the comic) but he also can affect adjacent panels. With the help of Mxy’s magical hat, Calendar Man can now reach across the frame and mess with the continuity of the story. Needless to say, shenanigans ensue.

As Batman/Superman comes to a close, Yang decides to conclude his tenure on the title with musings on the nature of reality – or at least the two-dimensional reality of the DCU. Calendar Man’s ability to reach across panels might be one of the most creative meta-tricks I’ve seen in comics, and while this isn’t quite as sophisticated as, say Grant Morrison’s Action Comics masterpiece, Yang does a great job playing for laughs. Watching others interact with Calendar man is pretty great. Most everyone things he’s crazy, until he reaches down a panel and smacks them across the face.

This is one-shot story is a nice capstone for a run that has revolved around the notion of there being various levels to reality. Where much of “The Archive of Worlds” arc was concerned with a cinematic universe inside the DCU, this issue is about a DCU character who glimpses at reality by seeing the parameters of the panels that compose the DCU. Yang has once again proved that comics can be both entertaining and thought provoking. 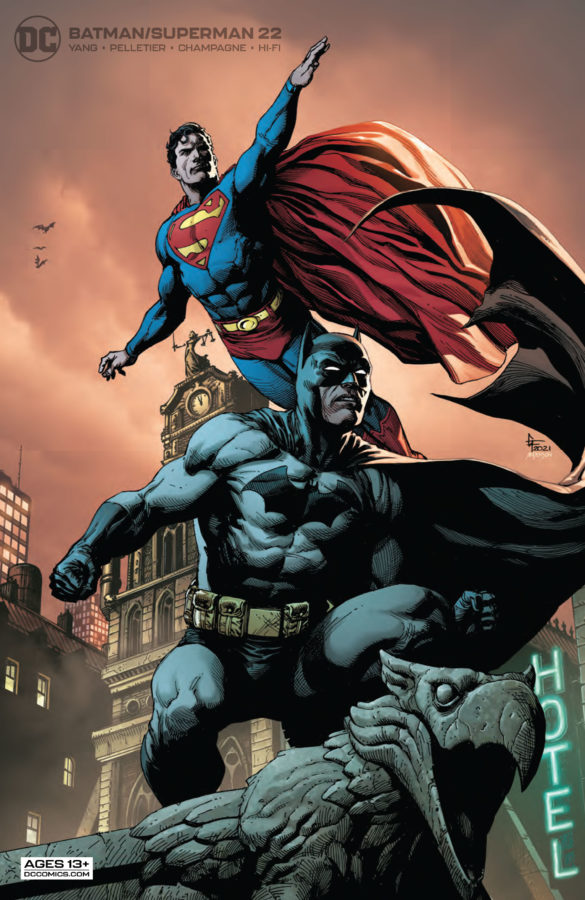 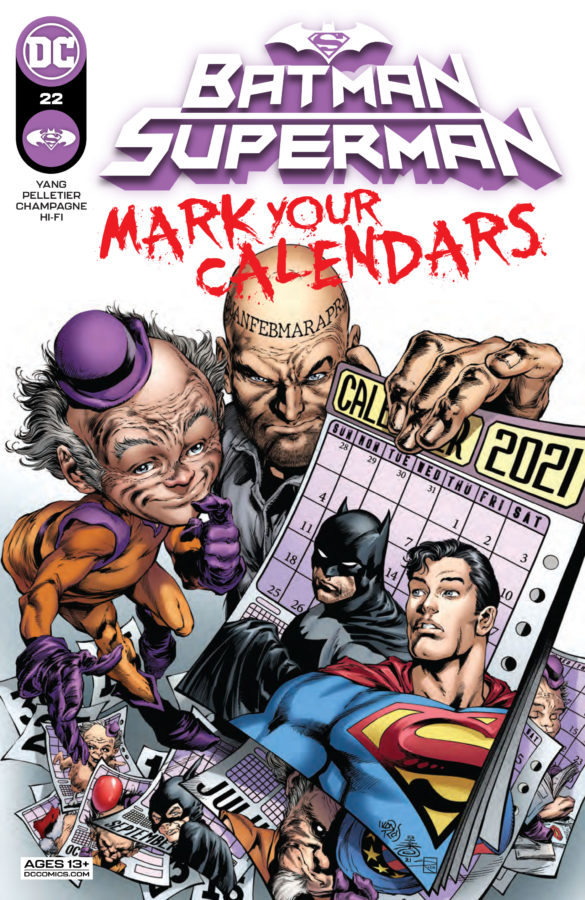 The Building-Blocks of Comics

Paul Pelletier’s paneling absolutely shines, and I imagine it must have taken ages to construct the layouts for this issue. The artistic vision necessary for a tour de force such as Batman/Superman #22 is unfathomable for me. On top of executing these incredibly complicated visual jokes, Pelletier also manages to make the issue look absolutely stunning. It’s a beautifully crafted comic full of rich details and humorous aesthetics. Essentially, Pelletier knocks it out of the park,

Like the vast majority of Yang’s work on the title, Batman/Superman #22 is a masterpiece. Yang’s imagination seems limitles, and Pelletier’s art is just fantastic. The only minor complaint I have about this issue is that it’s a one-and-done, and not an entire arc. Yang should have been given more time, as it did feel a little rushed… Alas, here we are.

Final Verdict: Savour every panel of this book.