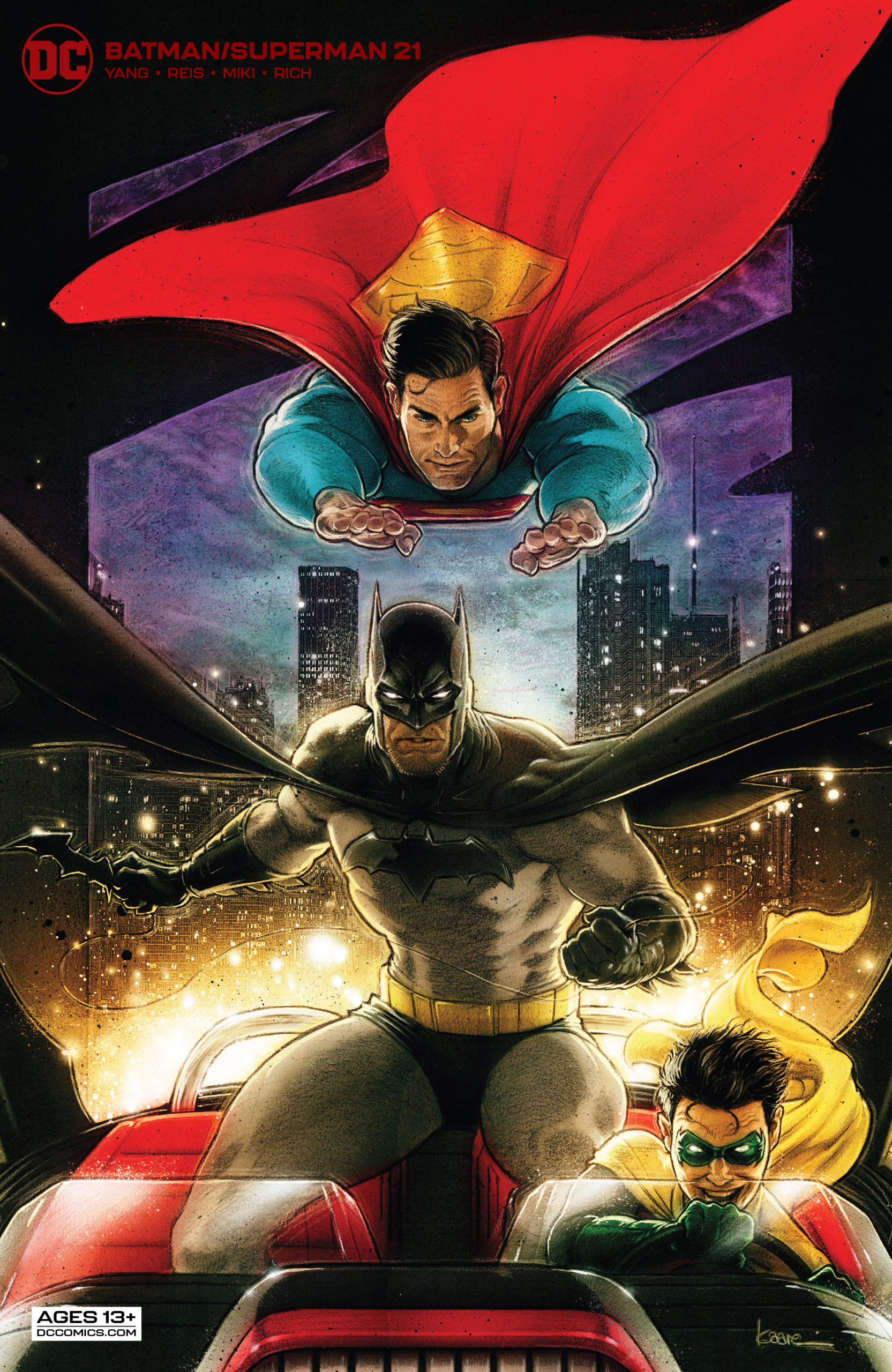 The credits roll, as Gene Luen Yang wraps up his first (and sadly only) arc in this week’s blockbuster Batman/Superman #21.

Trapped on the World of Tomorrow, the cinematic versions of Batman and Superman are struggling to save their reality from the evil Auiteur.10 who has unleashed a horde of demons to destroy the World’s Finest Team. Upon retreating to the Fortress of Solitude, cinematic Batman suffers an existential crisis, having discovered that he’s a copy of Earth-0’s Dark Knight. Meanwhile, the cinematic Superman forges a plan to take take the fight directly to Auiteur.10 in the Archive of Worlds.

When DC announced that they were canceling Batman/Superman after issue #21, my heart sank. Yang has brought so much creativity and fun to the title as a writer, and I believe that he could’ve brought even more  While it was a shame to hear that he would be leaving, it also felt like this made the current Batman/Superman story somewhat meaningless. Yes – Yang has created an incredible concept with the Archive of Worlds, one which has an infinite amount of storytelling potential; but does any of that matter if his tenure on the book was coming to an end? Well, it turns out that it does matter. Like many good superhero flicks, Yang’s arc has a post-credits scene that delivers a MASSIVE cliffhanger, which could have massive ramifications for DC’s overarching meta-narrative. I’m hoping that this is a sign that someone (hopefully Yang) will return to this storyline in the near future. 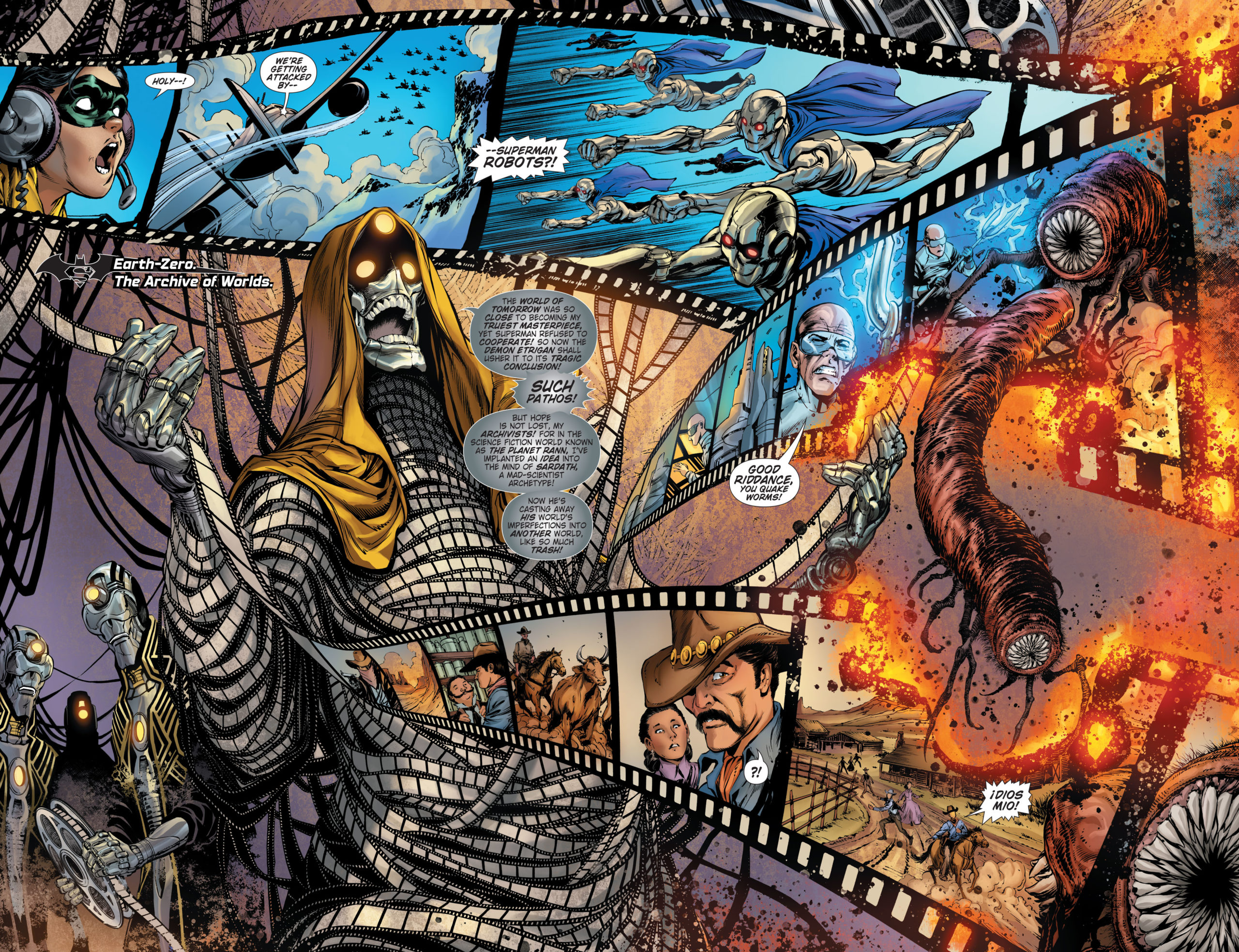 Ivan Reis wraps up The Archive of Worlds arc with a magnificent performance. His pencils for Batman/Superman #21 are just as stunning as ever. He delivers some exquisite two-page spreads that not only lean into the film aesthetic of this story but also capture some wonderful action sequences. As usual, Reis’ pencils are beautifully finished by the brilliant Danny Miki, and every image is sharp and detailed, but they are also accompanied by Sabine Rich’s lush and vibrant colors. Overall, this arc has been eye-candy since its first issue, and this finale continues the trend.

“The Archive of Worlds” is a masterpiece. Yang manages to write an accessible action-packed comic story, with some heavy philosophical questions that deal with the very nature of reality. The art is a perfect compliment to Yang’s story, as it has captured the grandeur of these characters, both in comics and on the silver screen. This creative team’s borderline flawless execution will undoubtedly grant it a spot among the best Batman/Superman stories of all time. It’s just that good.

Final Verdict: It’s one for the ages, folks.