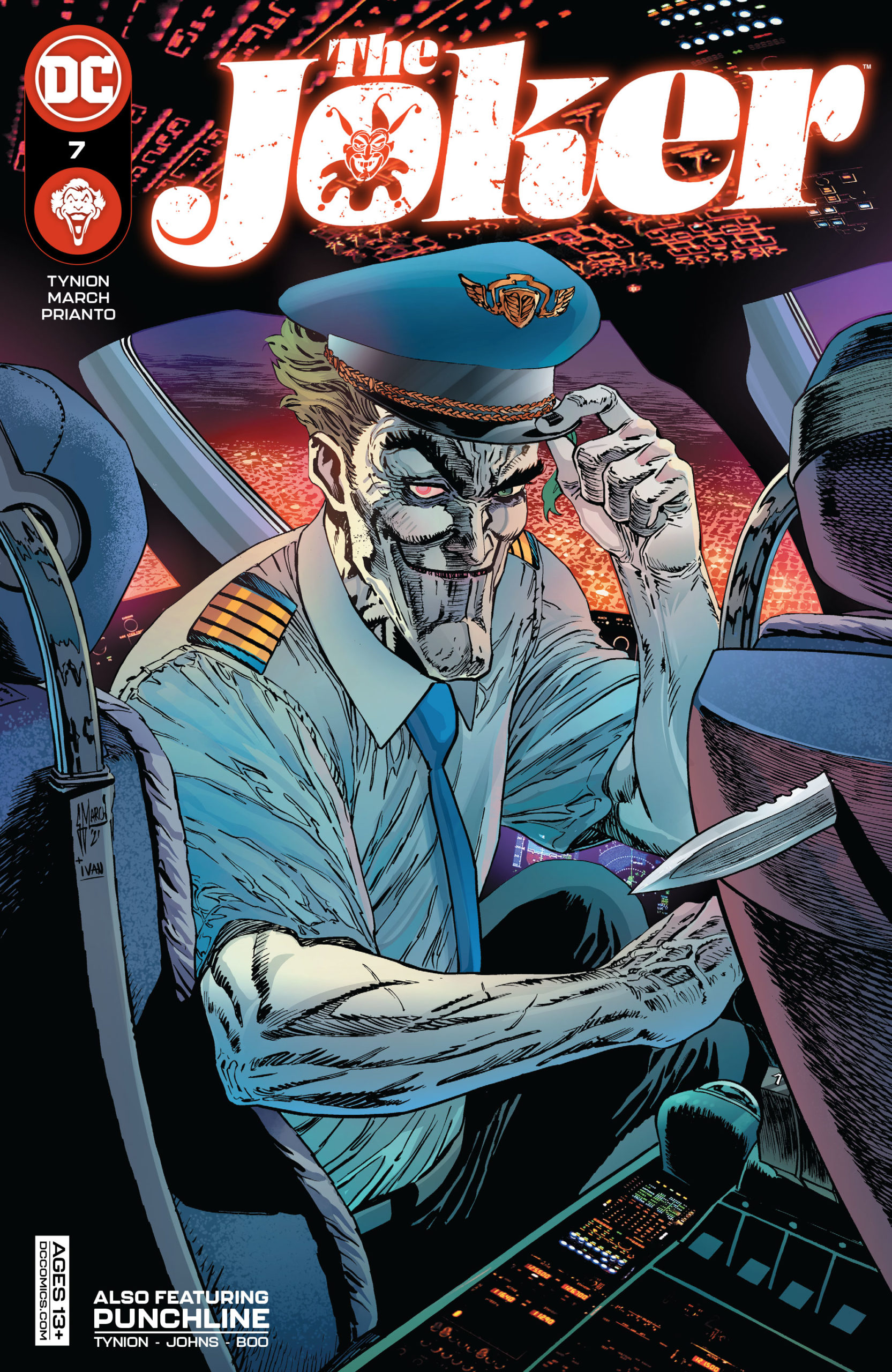 This series has been a bit of a rollercoaster. Like most comics titles, there are ups and downs, but it seems like, with this one, it’s a lot more frequent. I really thought last month’s issue was a sign we’d be getting back on track for the end of James Tynion IV’s run on this series, but to put it bluntly, The Joker #7 slows things down yet again.

Tynion and the gang throw another wrench into the spoke by adding Julia Pennyworth to the narrative. She’s tied directly to a part of the backstory of the series thus far, but there hasn’t been enough forward progress to warrant yet another storyline. Another spanner in the works is, that while this series has never truly been about the titular character, he doesn’t even show up in this issue. Sometimes stunts like that can work, but it’s hard to pull off in a series that already doesn’t feature its titular character that often as it is.

Once we get past Pennyworth’s inclusion in the series, we get some forward progress with the other lingering story threads. Last month, Jim Gordon was arrested by Interpol for crimes committed by The Joker. It’s not a surprise that he’s then cleared, though it does happen kind of quick. Had anything more than a brief conversation over drinks happened, it may have been worth it. Alas, there seems to be yet another person whom Gordon has to work with in order to track down the Clown Prince of Crime.

When we discovered that Cressida was working with/was part of The Court of Owls, I was beyond excited. Despite writing for a Batman fansite, Scott Snyder’s run on Batman with The New 52 was my first real comic book experience with The Dark Knight. This means that my first comic book Batman villains were the Court. I’m still intrigued by their inclusion, though very little has been done with them thus far. A Talon that feels pain moves the needle a bit, but only time will tell if anything really comes of it.

As I mentioned above, The Joker has been a bit of a rollercoaster; but not necessarily in a fun way. When this series hits a home run, it’s always great. To be fair, there really has only been one issue that really didn’t mesh well with me, but issues like this one can be tough to get through when there isn’t much going on. The longer Gordon’s noir schtick goes on, the more tired I become of it.

I don’t mean this to be a reflection on Tynion, though I suppose in a way it has to be, right? He’s delivering some awesome scripts with this series. Dialogue is seldom the problem, just where the story goes from time to time. I appreciate that this installment took a step back from so much of Gordon’s inner monologue compared to other issues, which made his conversation with Isabella Hallows move more fluidly.

Guillem March and Arif Prianto are starting to grow on me, though it could be the lack of The Joker in this issue. The fight scene between the Batgirls and Talon has been their best work to date, despite there being a green tone to it the entire time.

The backup story’s desperately trying to win me over, but it continues to fail. I seem to remember a strong start, but if I’m being honest, I’ve nearly lost all interest in what’s happening with Punchline and company. There’s some forward progress that Tynion and Sam Johns deliver on, but nothing that really captures my attention.

Sweeny Boo’s art and colors continue to make the backup story worthwhile, though, even if you don’t read the actual story. Flipping through the final pages of The Joker #7 bestows the reader with some beautiful imagery. I’d really like to see Sweeny Boo work on Batgirl or a similar title; I think her style would be a hit for kids and adults too!

The Joker #7 doesn’t capitalize on the success of last month’s issue and makes very little forward progress. It does feel like an issue you’ll likely need to read to stay current with the story, but the fact that it’s missing the titular character is mind-blowing.