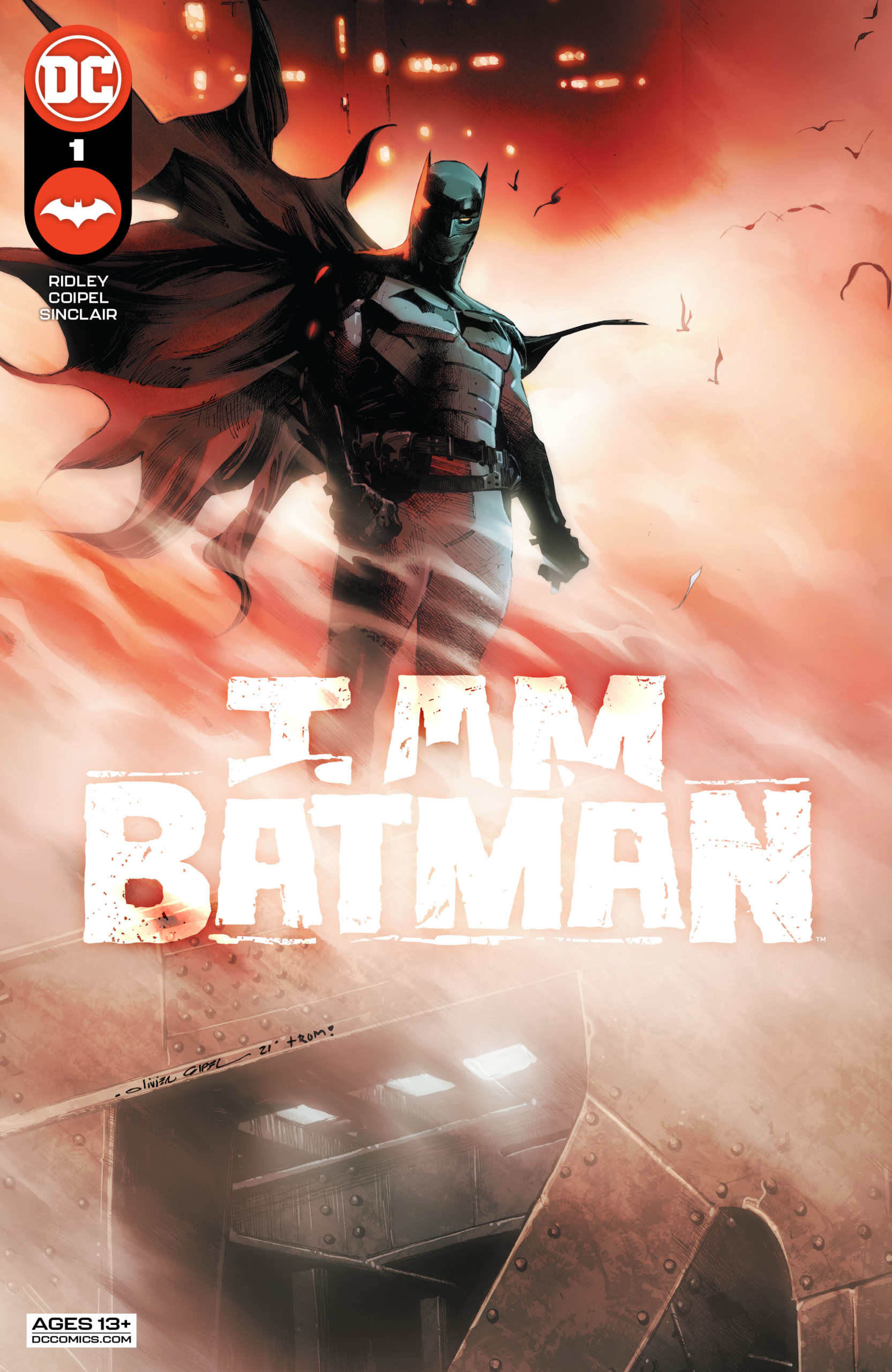 I Am Batman #1 may technically be a number one issue, but after Future State: The Next Batman, a prequel miniseries and an issue number zero, it’s far from being the real first issue. Yet, it does feature an important first for the character, as it shows the very first time Jace Fox donned the Batman costume. He did wear an armoured Batsuit briefly last time, but this issue shows Fox donning his very own uniform. This signifies that he’s only now consciously taking on the role of Batman.

When Is This Story Set, Exactly?

This issue also clears up something that was bothering me about the previous mini. The events of The Next Batman: Second Son was set somewhere between the present and Future State, but it wasn’t clear exactly how far. It could have been months, meaning that Bruce’s departure was imminent or be years off yet.

However, Jace remarks in this issue that the original Batman hasn’t been seen for about six years. This places this story at least that many years from the present, as Batman is currently quite visible in the Fear State event. It is safe to assume that this series is buffered from the rest of the books by several years, much like Batman Beyond.

I’m glad of this, as I think that keeping the story set in a possible future timeline bodes well for the longevity of Jace’s career as The Next Batman. Honestly, I can’t see DC permanently replacing Bruce as Batman in the current day. Perhaps temporarily, as in the case of Jean-Paul Valley or Dick Grayson’s tenure, but we all know Bruce would return to reclaim the mantle at some point. Only Terry McGinnis has managed to hold onto the role for years, in the Batman Beyond timeline.

A Different Kind of Batman

Also, the fact that the original Batman had been missing and presumed dead for years makes me more comfortable with Jace’s decision to take the role. If Bruce was still around or recently disappeared, then Jace would seem more like a usurper, but he’s filling a void that needs to be filled and no one else has stepped up.

I also like that John Ridley is making it clear that Jace is not just going to copy Bruce’s methods. We see the new Dark Knight eschewing grappling guns and Batarangs. Instead he plans on using the tools he’s familiar with; instead of a fancy Batmobile and Batplane, he opts for a motorcycle.

He also focuses his attention on the ground rather than the rooftops and skyscrapers of Gotham. As he states, “But you fight a war in the sky, you miss the struggles on the ground”. It seems that Jace wants to concentrate on street level crime rather than supervillains. I have to wonder though, if Gotham will let him. I suspect that the supervillains will start drawing his attention anyway.

It will be fascinating to see how Jace’s Batman evolves. Will he become more like Bruce, or will he evolve a completely his own unique style? He seems to be on his way to forging his own path, but I think he’s going to struggle with the question of how to differentiate himself from the original Batman.

I am loving Olivier Coipel’s art in this issue, and I especially enjoy his depiction of Gotham City. It really feels like a living, breathing series. His rendition of The Next Batman is every bit as cool-looking as the original Dark Knight.

With I Am Batman #1, John Ridley continues to build on the solid start from last issue. So far, this series is living up to all the hype. Jace Fox is a fascinating character and I look forward to seeing how he evolves, as Ridley tells his story.