This article is about the new Peacemaker series made by James Gun for HBO Max but is spoiler-filled for The Suicide Squad, so if you haven’t seen the film, read on at your own discretion!

Peacemaker‘s release is slowly creeping closer and closer! The new HBO Max series is only listed as being eight episodes long, but James Gunn is promising a lot from its brief run.

Gunn recently talked with Entertainment Weekly about the upcoming show and its cast and released a new picture of the Peacemaker squad. 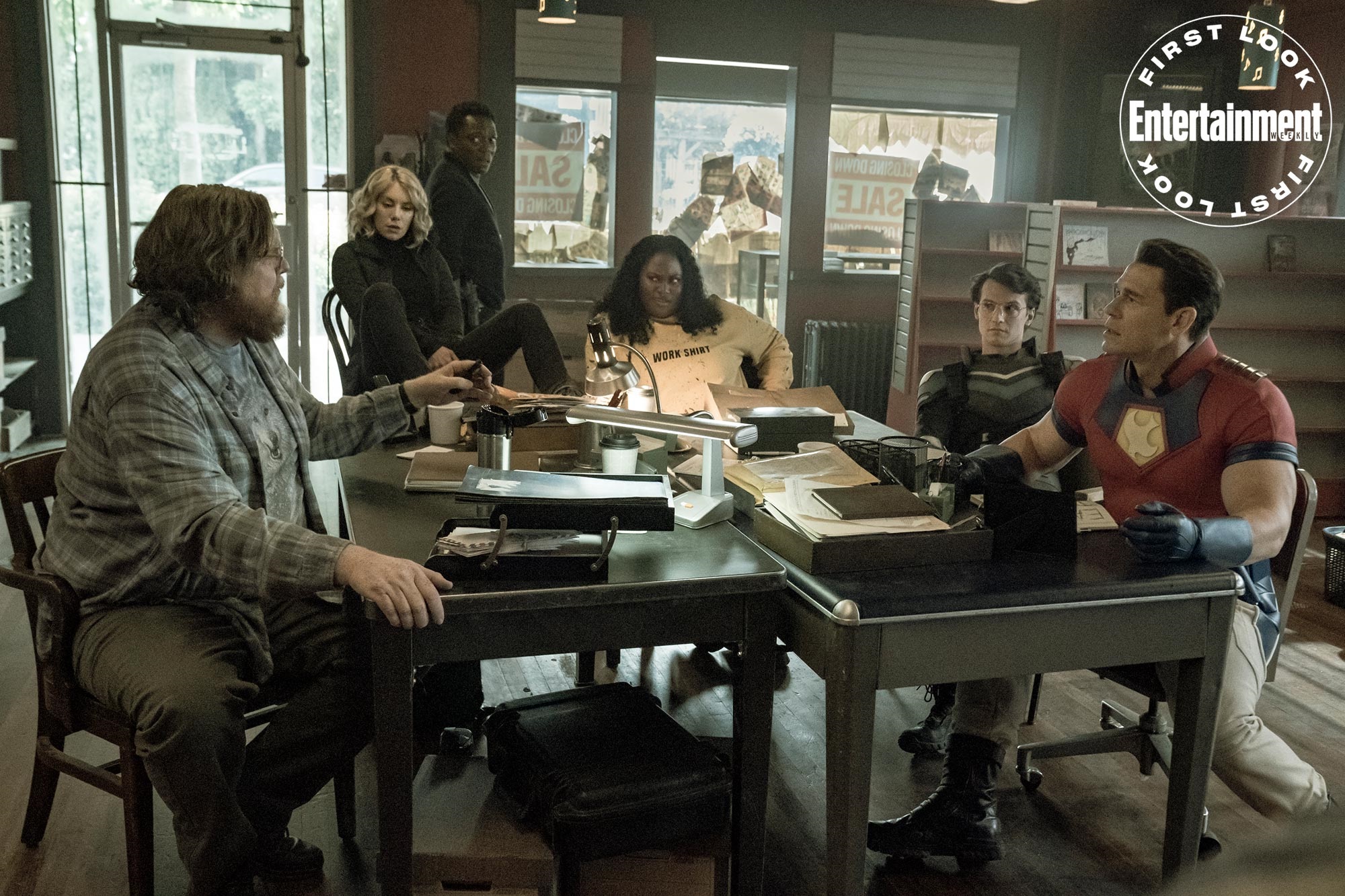 Gunn first got the idea to make the Peacemaker-led show while working on postproduction of The Suicide Squad. The writer/director wanted to explore the character further and allow fans to get to know him more. However, in order for this show to come to life, Gunn had to bring Peacemaker back to life. While that isn’t a huge deal, bringing a deceased character back to life is one of Gunn’s least favorite things:

I did exactly the thing I hate when other filmmakers do (it)… but I did it! I’ll have to live with the repercussions, which is the most incredible TV show people will ever see.

Peacemaker, moving forward, is acting as a pseudo-sequel to The Suicide Squad, so seeing overlapping characters between the show and film isn’t surprising. Obviously, John Cena is returning as the titular character. Also returning are Jennifer Holland’s Harcourt and Steve Agee’s Economos, who worked for Amanda Waller in the film. A few new members also contribute to the strength of the Peacemaker squad.

The group’s leader is Murn, played by Chukwudi Iwuji. Murn’s a mercenary who is also under Waller’s control. Vigilante, a popular character from the comics, will be portrayed by Freddie Stroma. Finally, there’s Adebayo, played by Danielle Brooks. Gunn says that her character disagrees frequently with Peacemaker, but the team ultimately comes together to save the world.

Peacemaker has an official release month now and Gunn has revealed more tidbits about the plot. The show will follow the character and his team as they take part in “black ops combat(s) against something catastrophic that’s facing the planet”. Gunn wrote the entire show and directed many of the episodes, so he obviously feels very strongly about the future of the characters. Gunn says that he’s more than willing to work on the show again if it gets renewed for another season. “I would like to do a season 2… they just have to tell me that they want to do it.”

The promise of these new characters in the Peacemaker squad is exciting! Who are you most excited to see onscreen?

The Suicide Squad is still in theaters and will be released on HBO Max at the end of 2021.

Images may be subject to copyright. Team image courtesy of Entertainment Weekly