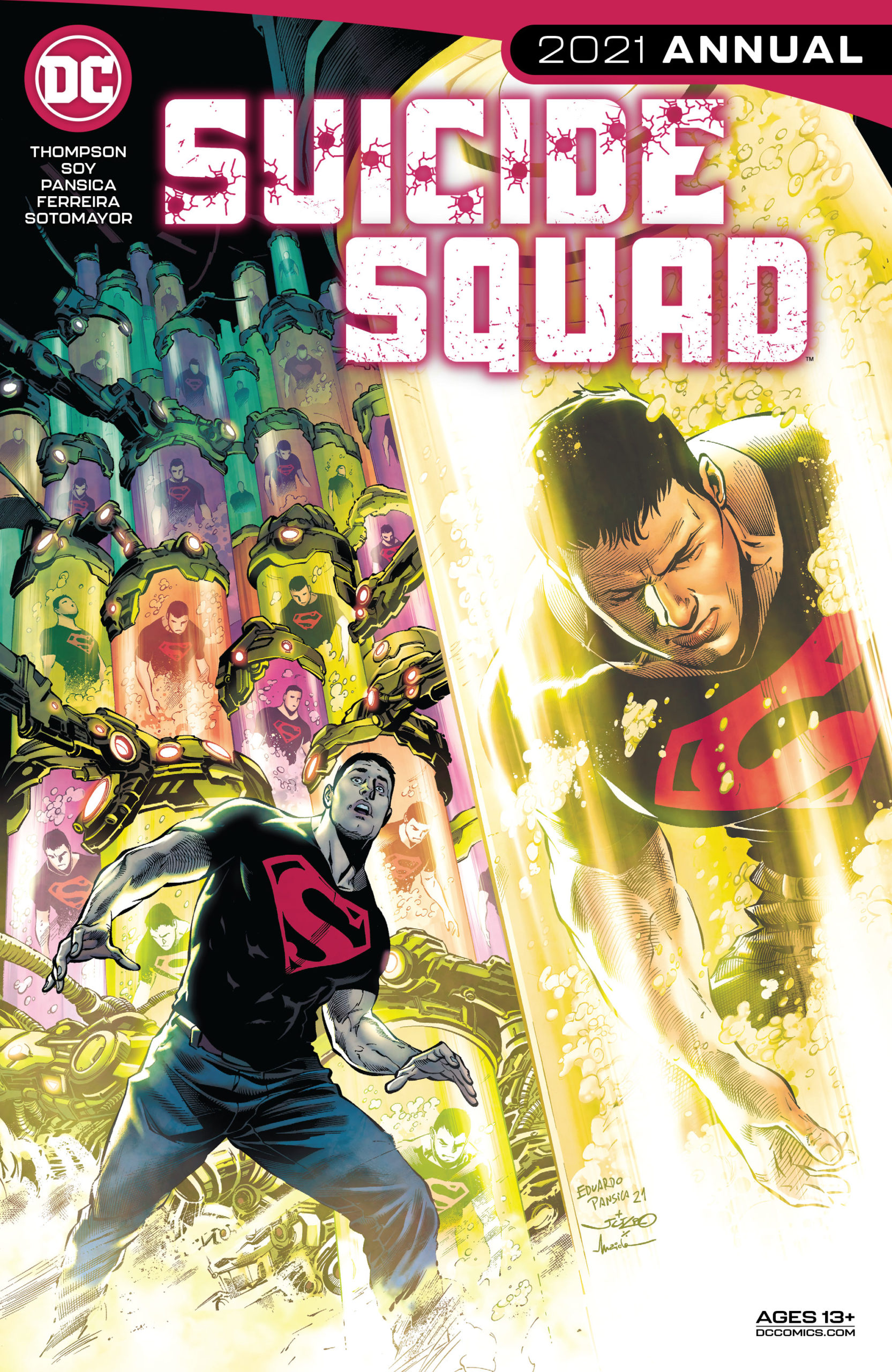 An annual gives the creative team a chance to do something ambitious, but still in keeping with the current story. Suicide Squad Annual 2021 absolutely treats us to the continuation of issue #6, as well as delicious context on everything that previously went wrong and what to expect next. A note to you dear reader: read this before issue #7 – I didn’t and I was deeply confused, but this cleared things right up.

The mystery surrounding Rick Flag is finally cleared up in this issue. We get the steady decline of what happened between him and Waller, and the determination of this staple character is on full force in this special issue. I have to truly credit the creative team for their ability to consistently handle a large ensemble cast, consistently between issues. It’s a real struggle, and in recent installments, we’ve seen the cast divided, in order to have some of them appear in the current Swamp Thing run.

This annual has truly given us some excellent set pieces and artistic shots of characters and action. The few that stick out to me are the clash between the Superboys and the reveal of who Flag’s closest ally truly is.

The Suicide Squad annual 2021has remarkably squeezed in all the action and chaos we would expect from a standard release, while blowing us away with perfectly crafted action pieces and character portraits. The creative is even showing off by giving us real conflict with a relative side character.

This issue has delivered well in many respects and has set the tone for the rest of the run and beyond.