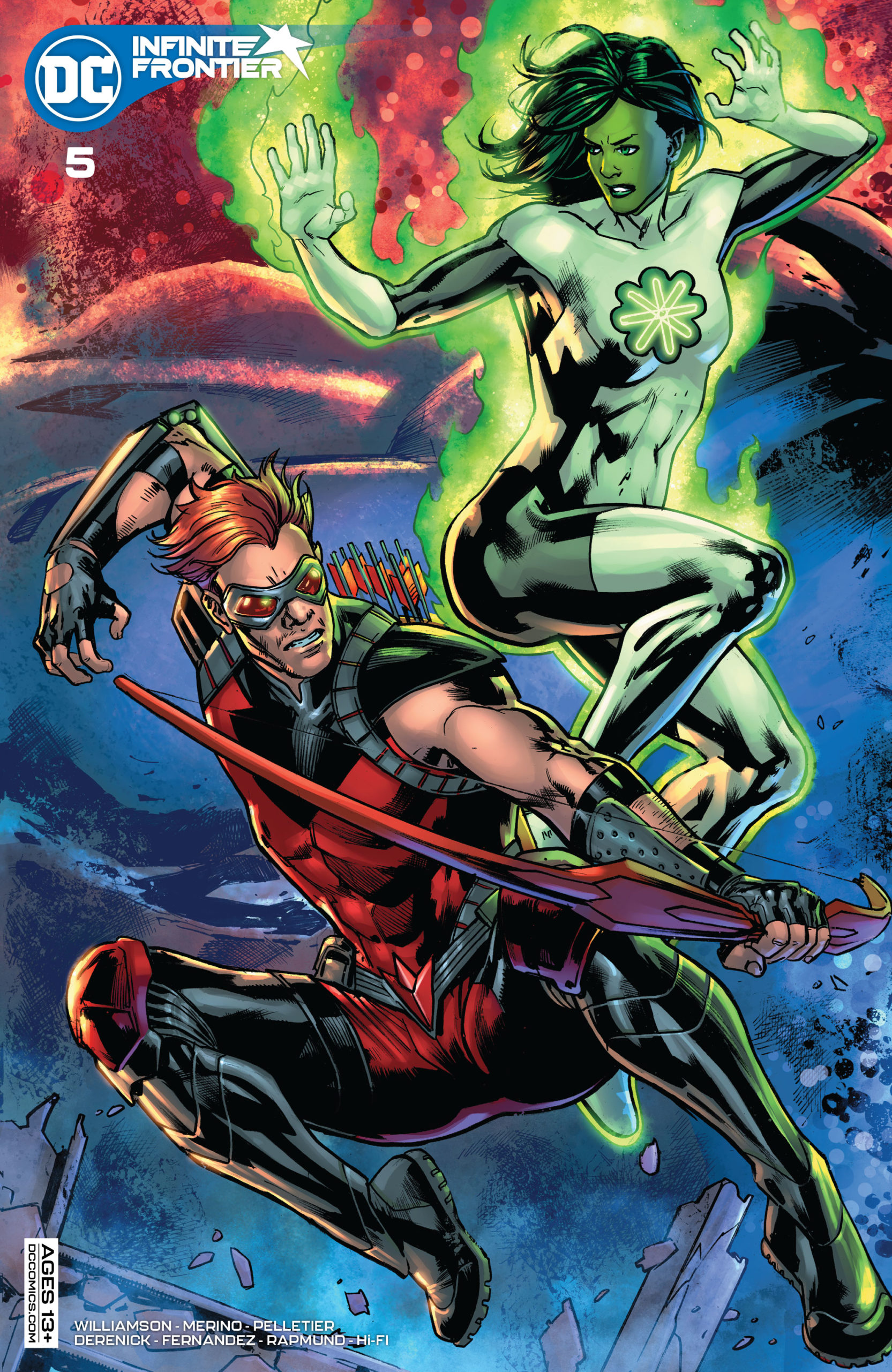 A Crisis is brewing on Earth-Omega, as the heroes of the Multiverse come face-to-face with Injustice Incarnate in this week’s Infinite Frontier #5.

Something Wicked This Way Comes…

After five issues (don’t forget about Infinite Frontier #0) of mystery and set-up, Joshua Williamson finally begins to tip his hand, and homeboy’s holding a royal flush. Seriously, Williamson’s story explodes this issue, as the JSA and Justice Incarnate trade fisticuffs with Injustice Incarnate. 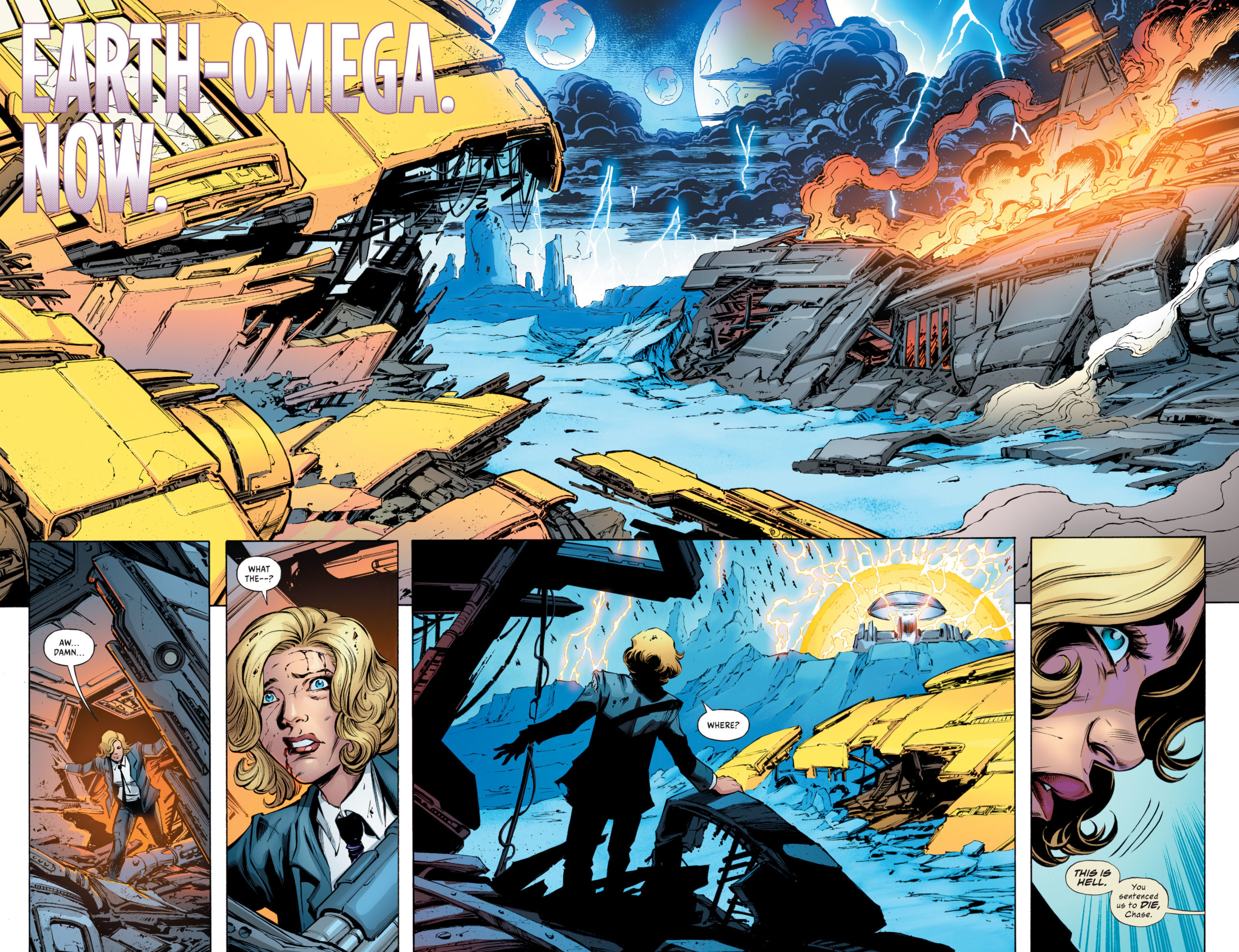 In terms of the technical aspects of Williamson’s storytelling, it’s worth noting that he relies on the villainous monologue trope as a means for an exposition dump. Normally, I’d argue that this would constitute lazy writing, however, in this particular case, I think it really works. Williamson does a great job interspersing Psycho Pirate’s interminable exposition with some high-octane action sequences. Therefore, the issue’s pacing never lags. The final product is a comic where each punch in each scene raises the stakes, as new information is presented to the reader. Of course, all of this comes to a boil in an excellent, albeit expected, cliffhanger.

Who Drew This? Really?

Honest to God, DC had me completely fooled by this issue, as I really thought Xermanico was behind all the art. Out of the past five issues, he was on the creative team for four of them. Low-and-behold, when I saw the credits on the last page, Xermanico was distinctly absent. I say all of this to compliment Paul Pelletier, Jesus Merino, Norm Rapmund, Tom Derenick, and Raül Fernández. This is a really good-looking issue! The art is detailed, the layouts are creative, and the action is dynamic. What’s most impressive, however, is the issue’s aesthetic continuity. I would never have guessed that six different individuals drew and inked this book. Not only did this team maintain an internal visual continuity, but they also managed to mimic Xermanico’s style. Needless to say, this was an impressive feat.

Overall, Infinite Frontier #5 is a great issue. DC chose well when they gave Joshua Williamson the keys to the kingdom, as he’s proven time and again that he’s capable of juggling massive casts, while simultaneously crafting creative stories. Similarly, DC knew what they were doing when hiring this art team. These guys seem to be in lock-step with each other, with or without Xermanico.

Final Verdict: This series is getting better by the issue.