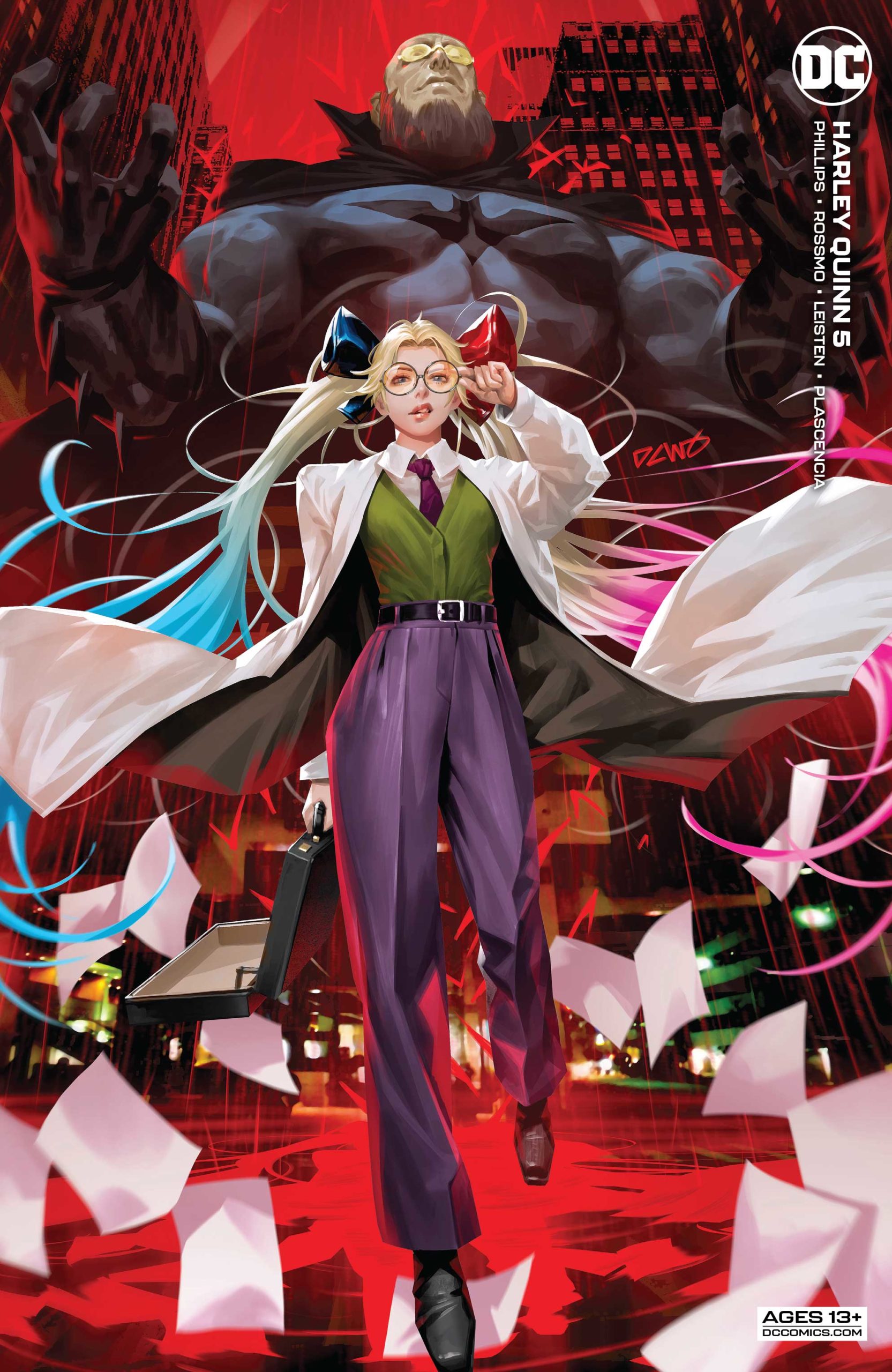 Harley Quinn #5 is finally here! After a heart to heart with Solomon Grundy last month, Harley had just gained back her confidence, and a renewed drive, but was left in a face to face confrontation with Hugo Strange… and that’s exactly where this issue begins.

Harley takes readers down memory lane as she “voices over” scenes of Hugo’s failed plan to take over as Batman. As the scene changes there’s an eyebrow raise to be sure, as Harley’s relaxing in Hugo’s office. The villain has plans to make Harley an example of what happens to those who cross him, and Harley proves that his temper’s short. Then she announces, to the readers of course, that she has a plan.

With a load of fast-paced electrifying action, Harley’s plan goes bursting into action. Her goal is to rescue Kevin… but that may not be the biggest thing she’s up against.

What Harley Quinn #5  gives us is further mystery and intrigue, as a new face emerges. Stephanie Phillips has our heroine breaking the fourth wall like she’s trying to rob a bank vault made by Fisher Price. It’s hilarious as she leads readers through the many tropes of writing, found not just in comic, but through all of fiction.

Given the caption you can tell what my favorite moments are, and they involve Grundy in all his glory… both in real and stuffed forms. The artwork by Riley Rossmo, with colors by Ivan Plascencia is gorgeous. Their talents are fully on display as the panels move forward, and it’s a genuine joy seeing the whole issue come together every time.

Issue five continues to enthrall and delight. The variant cover is to DIE for! With each issue we get to enjoy this new version of Harley Quinn more and more. Now the story is gaining depth and I for one cannot wait to see what is to come!

Review: The Other History Of The DC Universe #5