Artist Joe Quinones has given fans a first glimpse of Marlon Wayans’ Robin, before the character’s debut in the new Batman ’89 comics series.

An oft-overlooked piece of Batman cinematic lore is the tale of a young Marlon Wayans being hired, and paid, to play Robin in Batman Returns only to have his role cut in pre-production due to character overcrowding. Director Tim Burton intended to introduce the character in his third Batman film, but he was memorably fired and replaced with Joel Schumacher. The rest is all a terrible fever dream of neon and nipple suits. 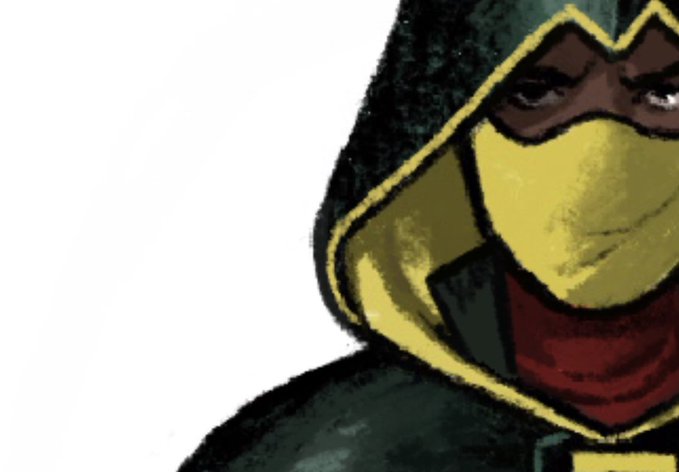 Thanks to writer Sam Hamm and artist Joe Quinones, the twisted and gothic world of the Burtonverse lives on in the pages of Batman ’89. In this dark and dreary version of Gotham City Michele Pfeiffer’s Catwoman still prowls the rooftops, Billy Dee William’s DA Harvey Dent has a date with terrible destiny, and Marlon Wayan’s Robin waits for the encounter that will change his life. Hamm and Quinones have promised to give life to all the stories that Tim Burton was never allowed to tell, and they seem to relish revealing details to fans… such as this glimpse at Robin’s 1989 costume.

Although it’s just a small peak, there’s a lot of detail. The classic Robin red, yellow and green color scheme remains, an interesting clash of light and color compared to the ubiquitous black and grey of Burton’s Gotham City. The hood and mask, however, are very fashion-forward and much more akin to something Stephanie Brown or Damian Wayne would wear. Could this hint at some sort of ninja training or background for Marlon Wayans’ Robin?

Fans of Batman ’89 will get no further details now, just a small look that will leave them anxious for more.