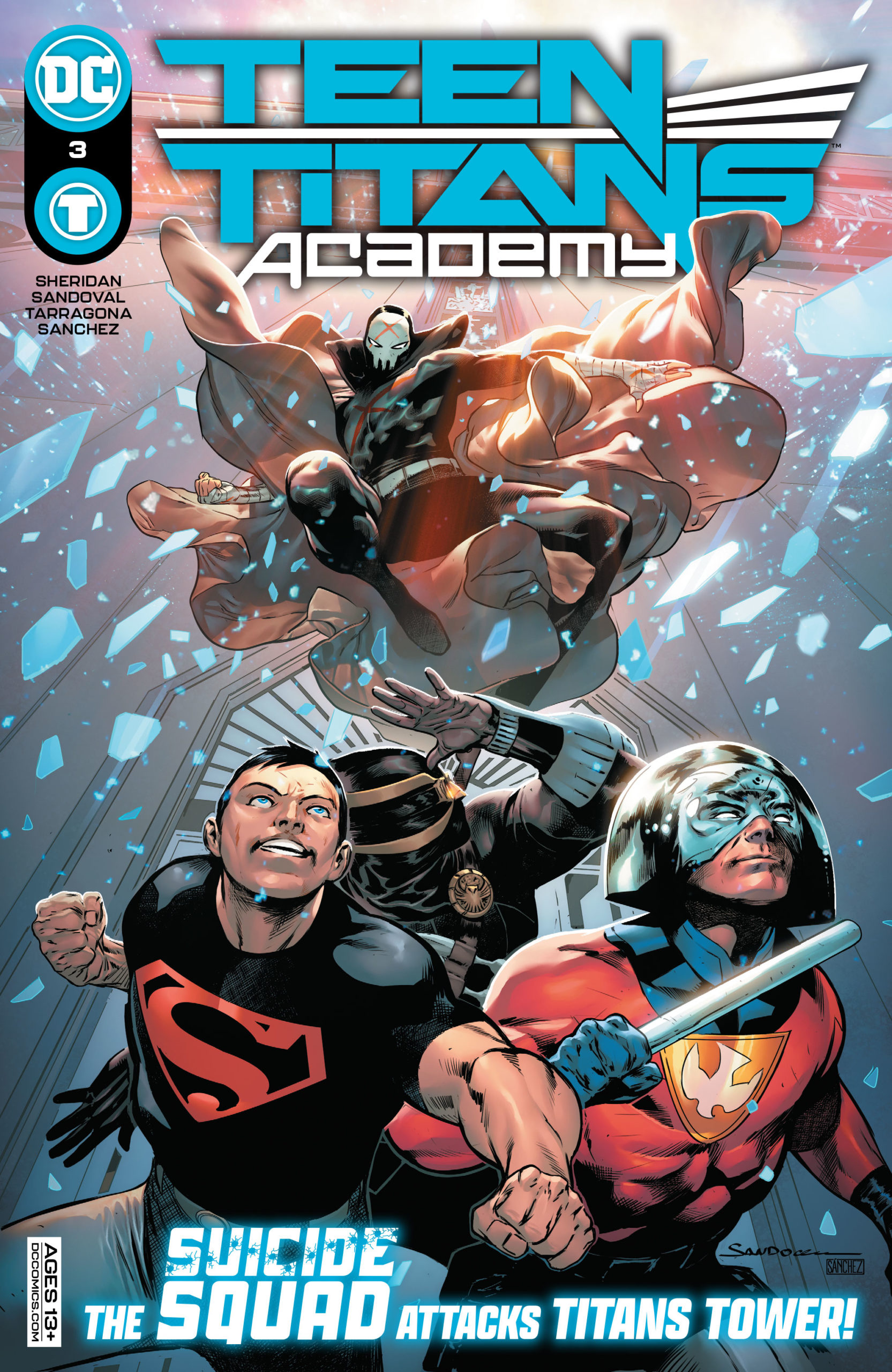 The depth of DC Comics brings with it an abundance of crossover opportunities which can bring tremendous results across multiple series. The negative side to these crossovers is that if you don’t read them all, you can feel a little left in the dark on certain aspects of the story. Tim Sheridan does a great job blending Teen Titans with the Suicide Squad, but when you read the caption “for the full story check out Suicide Squad #3” you know you’re missing something if you haven’t read it (like me).

There are three concurrent stories in this issue; the first showing the new Teen Titans in training, the second gives us the reason the Suicide Squad’s attacking Titans tower, and the third – and easily the most exciting – is all about Red-X. Who is he, and what does he want? Packing these three stories together in one issue makes every page a thrill to read. 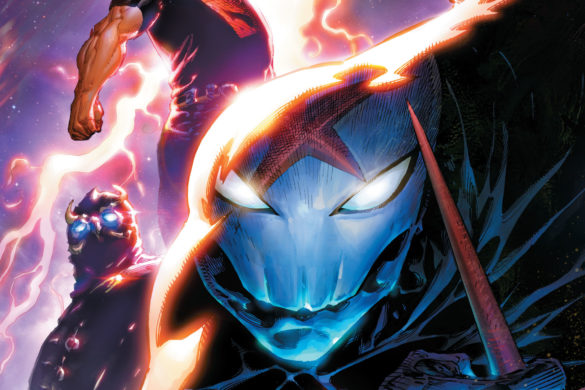 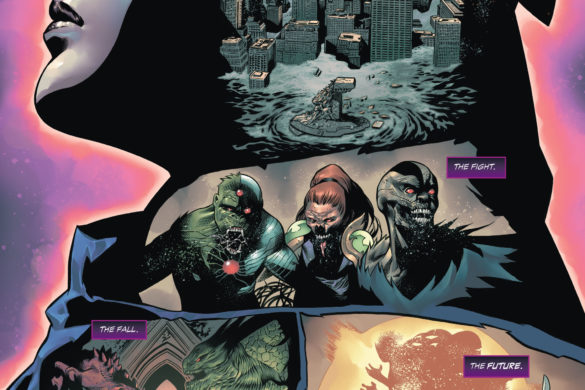 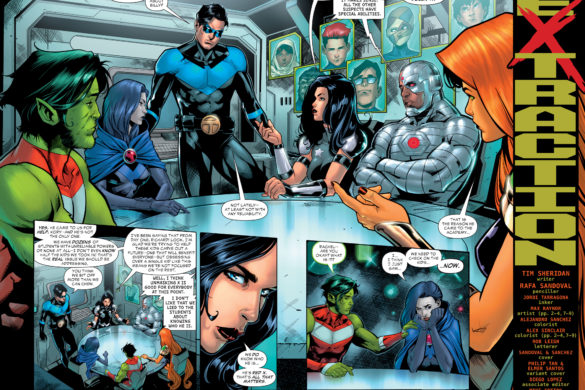 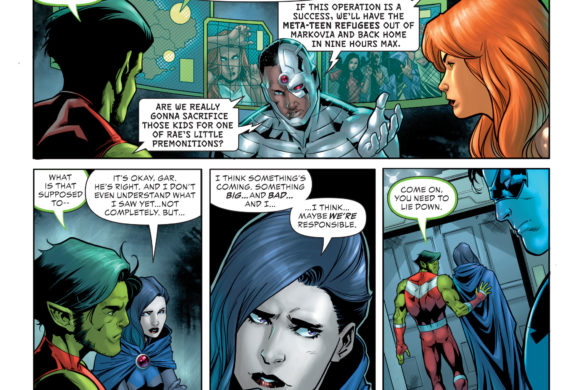 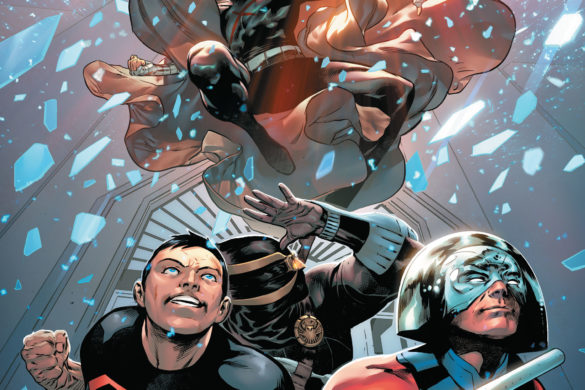 The glorious artwork continues with issue #3 from the creative team of Rafa Sandoval, Jordi Tarragona, and Alejandro Sanchez with additional art from Max Raynor and Alex Sinclair. I always find Teen Titans comics to be so much fun, due to the wide variety of characters and powers on display. This is why I think the color scheme pops right off the page, as we see bright, striking greens from Beast Boy or dark and bold purples from Raven.

It’s the lighter, somewhat fresher tone given to the trainees which helps them stand out as new and inexperienced. Gorilla Gregg has a blue considerably duller than, for example, Nightwing’s electric blue. This really helps me understand who’s in which group of Titans, as with so many characters it’s easy to forget.

I’m not sure if this was deliberate or just my eyes, but every time Peacemaker is on the page all I see and hear is John Cena. A nice aperitif for the upcoming The Suicide Squad movie.

Three different groups of Titans, and the Suicide Squad, all make Teen Titans Academy #3 a very full, but also very fun issue. Red X and Talon give a Batman-esque aura to the fights, while characters like Crush and Gregg bring unprecedented power. The mystery of Red X is what will keep drawing people back to this series every month, but it’s the mysteries surrounding some of the younger trainees that I’m keen to keep exploring.