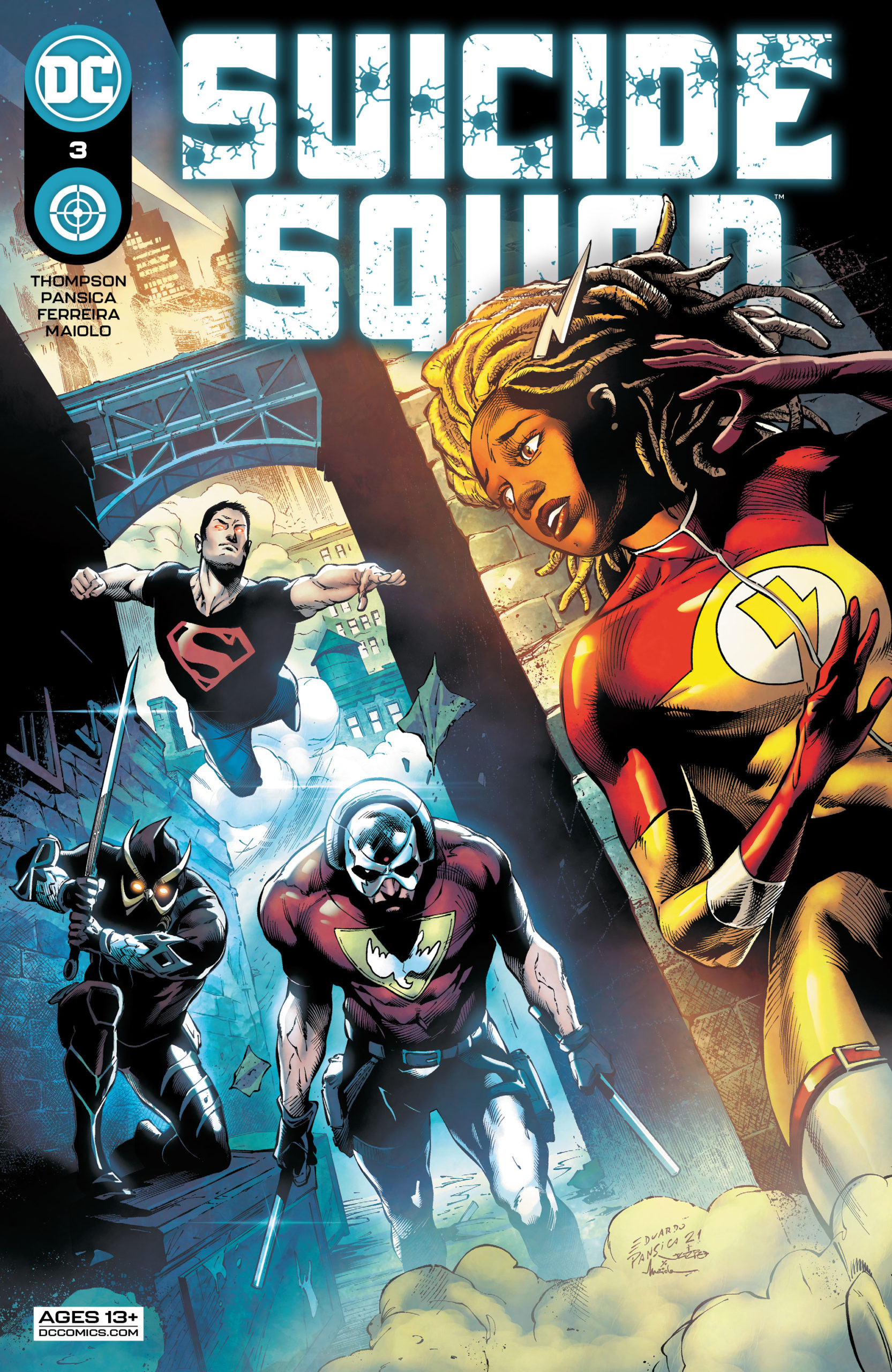 Tension levels around the current line-up in Suicide Squad #3 are high. We ended the last issue with the important revelation that the recruitment period isn’t over. The plucky speedster Bolt is joining the gang. Her history with the current team means this won’t be an easy pick up. The consistently fighting Suicide Squad will always find ways for things to go wrong, often with disastrous consequences.

With a title like this, the main character deaths ought to be fairly high. In past runs of Suicide Squad, the deaths have been disappointingly low, so big respect to Robbie Thompson for having the moniker of suicide actually play out in this story. 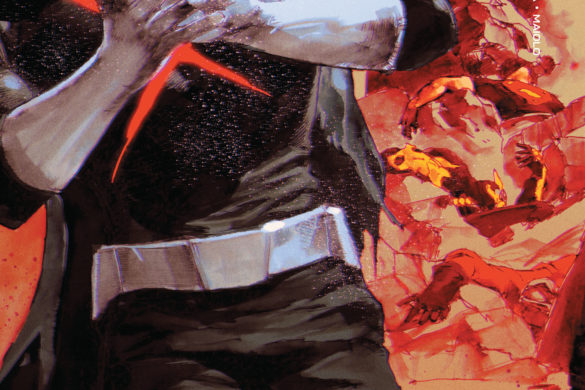 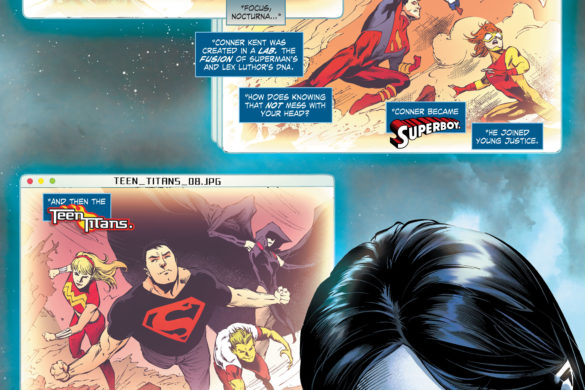 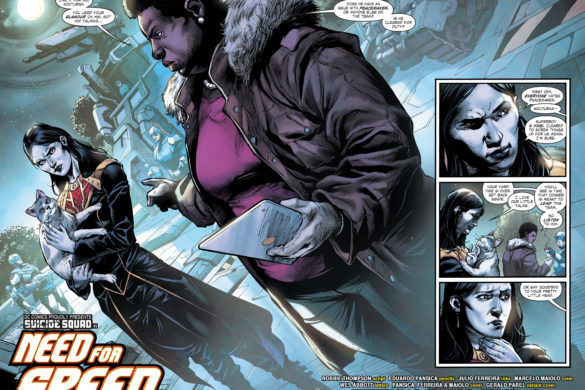 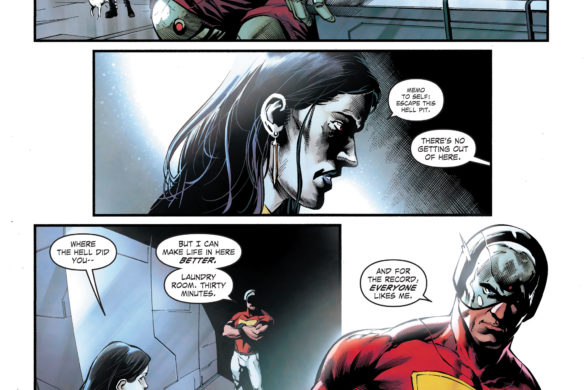 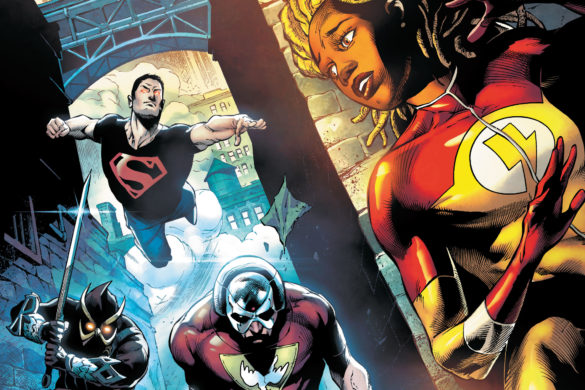 I’ve talked before about how strong the use of colour has been in this run, and we see it in spades here again. Eduardo Pansica and Julio Ferreira are great artists, but Marcelo Maiolo’s colors have really helped to maintain the characters as the big focus. The dynamic reds of Peacemaker boldly stand out in the drab rooms of the Suicide Squad base.

The speedster leaving an immense streak across a double page spread to show the passing of time, and the carnage they leave behind, is a common trope, but good because of how quickly and efficiently it tells readers what’s up. The one we witness in this issue is one of the best I’ve ever seen. The smaller panels really cut up the action, while leaving the rushing streak as the focus of the action.

Failure is not an option for this team, but there’re a few suspicious dealings going on within their structure that are leaving us worried. None of them trust each other, strangers are even dropping in to offer help, and the fate of Rick Flag is still unknown. These mysteries and the human stories told in Suicide Squad #3 alone are keeping me gripped.