Gamers can now find the Batcave in Fortnite after the exact location was revealed online.

A far cry from Wayne Manor

The Batcave site was included in the April 27th release of Fortnite v16.30 and can be found in the shadow of a small cliff on the outskirts of Slurpy Swamp. It appears to be a faithful replica of Batman’s home base in the Batman x Fortnite comics, well… kind of. Let’s just say that it’s more of a dinky wooden shack than a majestic underground cavern. Though it is a dinky wooden shack sporting the Bat Symbol and chock full of various related gadgets and bat-themed décor. 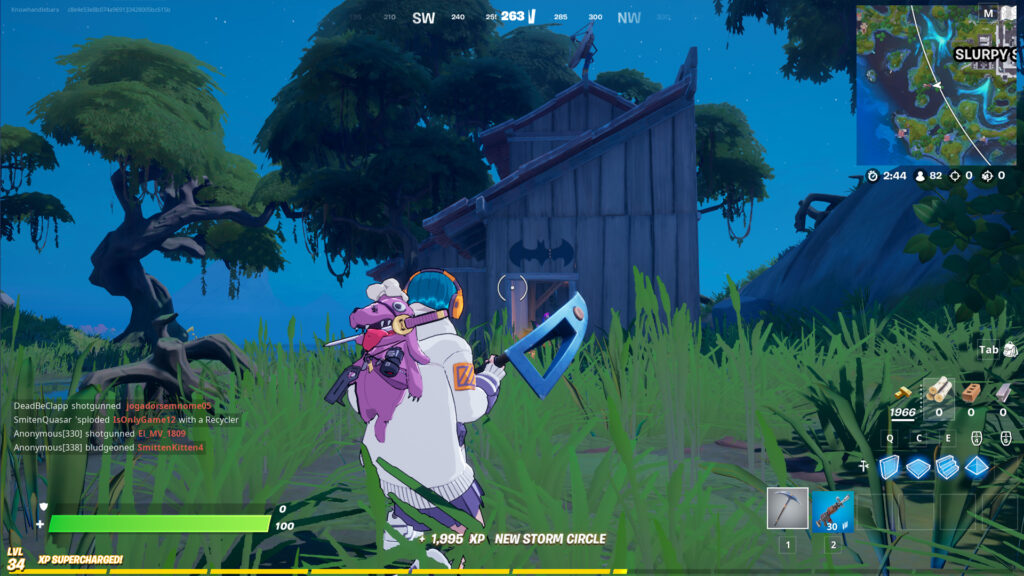 The fact that players can now find the Batcave in Fortnite is certainly causing some buzz in gamer circles, but it appears that the site is a tad underwhelming at the moment, at least according to the authorities at Fortnite INTEL

There isn’t much to see at Batman’s Bat Cave, and the location’s loot is less than substantial. There are a few chest spawns and floor loot spots, but it won’t be anyone’s new drop spot.

There is some hope it could be the future site of a Batman NPC in the game, but at the moment it’s more of a curious diversion than anything that could be considered a “can’t be missed destination”. Still its a testament to the cultural staying power of the wacky shooter/builder hybrid game that Batman now owns some swamp front property.