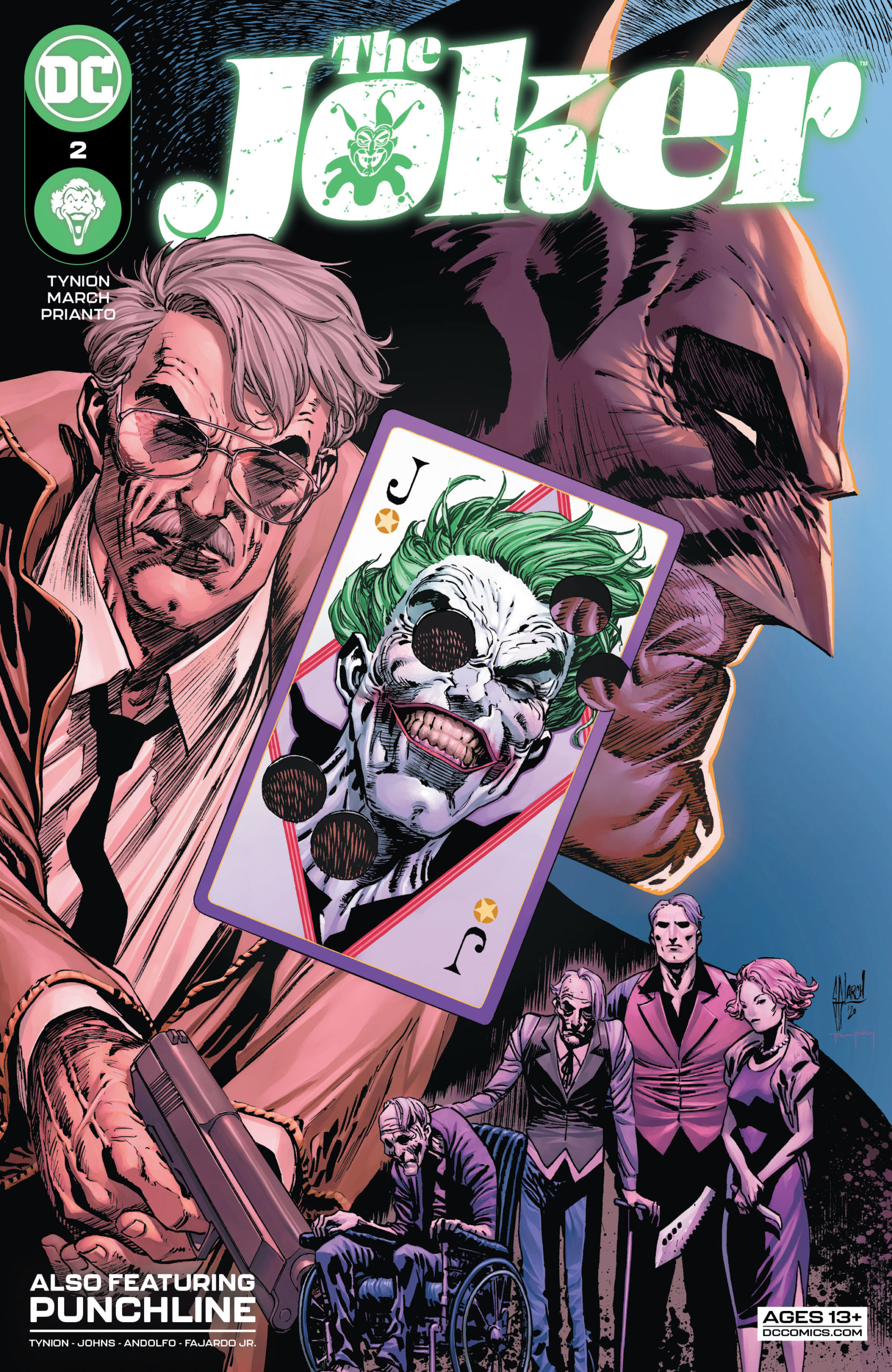 Any thoughts of this series spending a majority of its time on the titular character is officially out the window after The Joker #2. If the series was being honest, it would be called Jim Gordon or simply Gordon. This isn’t an attack, these last two issues, and the rest of the series I suspect, only works because the star player isn’t in fact the Clown Prince of Crime. While Jim Gordon is the featured player, thus far, in the series, the Joker is the main subject matter, and he looms large throughout the issue, on and off the page.

Gordon’s made up his mind about pursuing the Joker, and has decided to bring Batman in. He’s not looking for approval but does hide that he’s considering killing the madman. While he’s not looking for the Dark Knight’s approval, Gordon does want his help with some resources; down to a phone number.  No one knows the Joker like Batman does, so it’s pretty logical that the former commissioner would turn to his friend for help with this mission. There are conditions, some that almost lead to Gordon having to confess about the killing of Joker; but he has a card up his sleeve when Oracle joins the conversation.

Are you sure you’re not just worried about your old man… Barbara?

It’s a bombshell that distracts the Dark Knight and prompts Barbara to request dear old dad to come to the Watch Tower. The conversation they have is touching, and exactly what I’d expect from this daddy-daughter duo. Those pages are easily the highlight of the series thus far.

When we’re not spending time with Jim and Barbara, we’re seeing the other “families” the Joker has wronged on A-day. A cannibalistic family in Texas, the followers (and daughter?) of Bane in Santa Prisca, and Cressida in Gotham with… the Court of Owls.

Of course, the Joker seems to know he has enemies searching for him, as he explains on the few pages he’s actually on. He’s purposely chosen a house that wasn’t necessarily part of The Network, a series of hideouts for supervillains around the world, to ensure a better vantage point for those after him. As crazy as he is, the madman isn’t stupid. 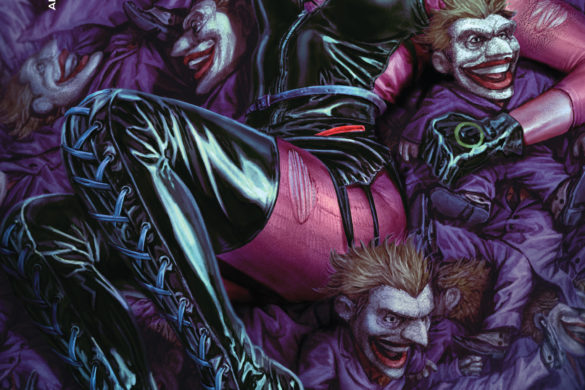 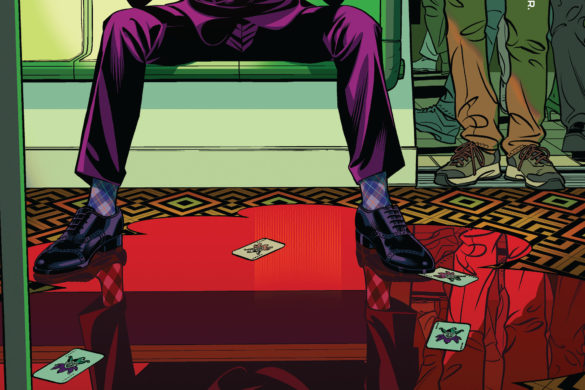 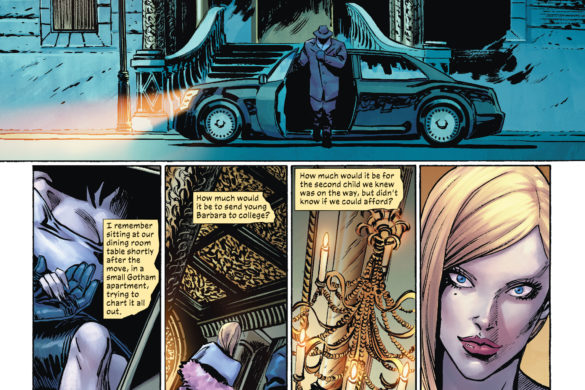 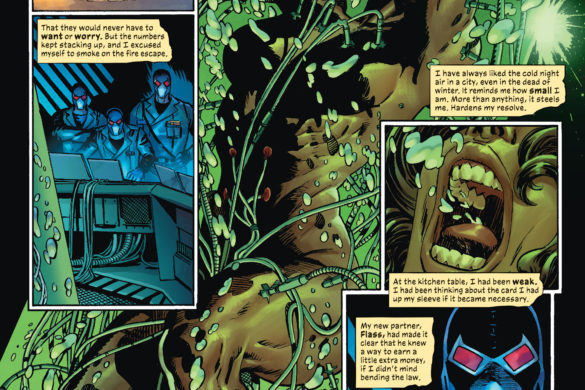 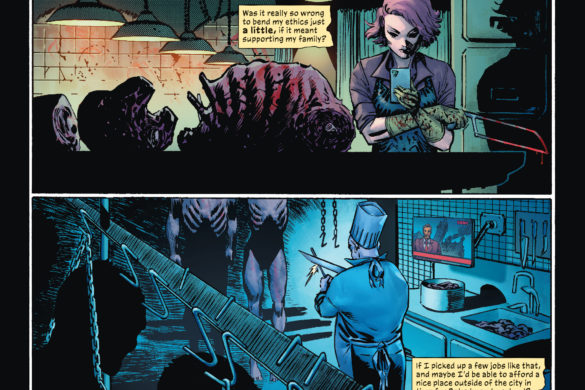 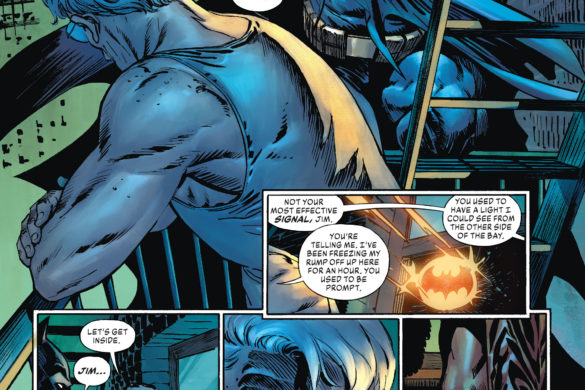 James Tynion IV continues to crush writing these characters. As discussed last month, he’s familiar with them, but within the pages of The Joker #2, he gets to put a larger focus on some of them. He continues to write within the noir genre. Gordon narrates throughout the book, whether he’s on the page or not. It helps contain a story that jumps between four different locations.

Once again, Guillem March’s art continues to flow with Tynion’s writing. It still doesn’t hit for me all the ways I’d like it to, as there’s something about the way he draws Gordon and Batman in this issue that doesn’t sit with me. It’s not bad by any stretch of the imagination, and I’m positive a lot of readers will love it. March’s best work is where he shows that the Joker’s a demon that haunts Gordon, which only enhances the already great scene between Jim and Barbara.

The backup story continues to cover the popularity of Punchline while she’s in prison. While Punchline: Chapter 2 follows in the footsteps of the main story by not including the titular character for most of the issue, it falls short of last month’s offering. By putting more focus on the Queen of Spades in The Joker #2, the story loses that procedural feel. While we do get a few pages of Harper Row and Leslie Thompkins, it’s not enough to really push the story forward in any meaningful way.

Despite how busy this backup strip is, Sam Johns and James Tynion IV deliver a great script. Their writing is far from the problem here… it’s their pacing. It’s hard with only 8 pages, but that goes to show how much story they want to tell in Punchline. I do feel if they have so much story, that it should have been part of its own mini-series. Otherwise, trim some fat from these backups and commit to the Law & Order style of storytelling from last month.

Mirka Andolfo’s art shines, once again. The contrast to the main story pulls the whole issue together. She continues to lean into pop-punk but adds a dash of goth to these pages.

The Joker #2 continues the successes of the first issue, and gets better. The concept of the story is cemented and now the rules have been established. James Tynion IV couldn’t settle for one bombshell with Gordon’s reveal; he had to sink the whole ship by bringing the Court of Owls into the fold.