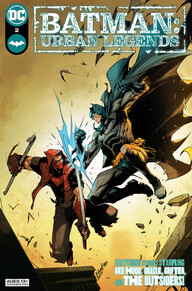 The Dark Knight may be the biggest name in Gotham City, but there are lots of other heroes, and villains, who get a turn to shine in Batman: Urban Legends #2.
The new Batman anthology series continues!

Gotham is Big Enough For All…

Gotham City is teeming with stories, as Batman’s legend has grown beyond just Bruce Wayne and Dick Grayson. The addition of many Robins through the years, and now with Future State, yet another new Batman.  Grifter’s addition means a portal to Image, and I would love for Spawn to make an appearance.  However, I digress….

Red Hood… many layers to this former Robin

Red Hood has his following, and never has that been more evident in the recent Three Jokers saga. So, it’s only fitting that he be included here, in a tale of investigation about a street drug that is sure to be linked to the Clown Prince of Crime himself.

The complicated Father/Son relationship that carries on with Bruce and Jason. Jason wants drugs off the street and he has his methods.  Vigilantes both with different methods… Jason is Bruce, but without boundaries. Arguably, he’s the Grim Knight we encountered in The Batman Who Laughs series, as there are so many layers to this one story.

What a script by Chip Zdarsky. 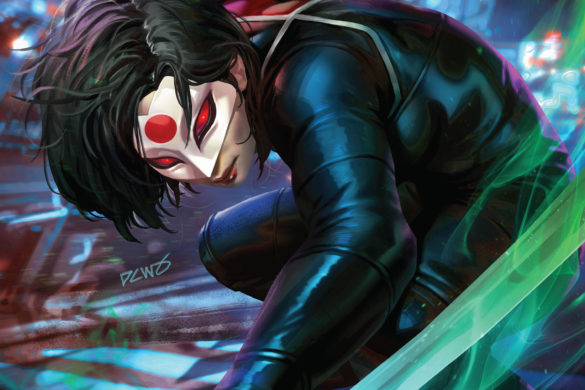 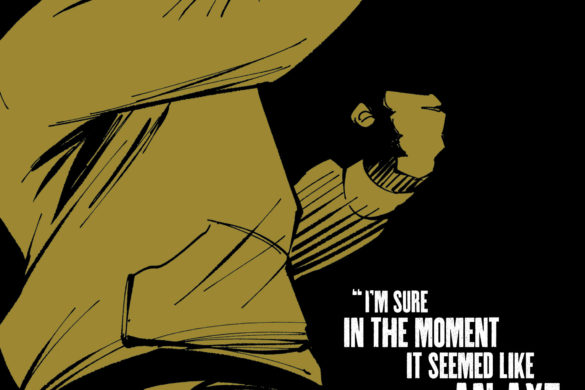 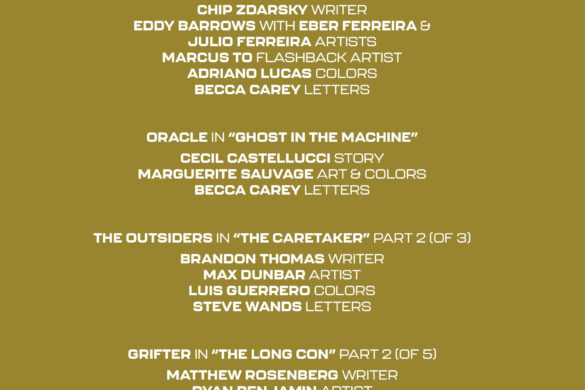 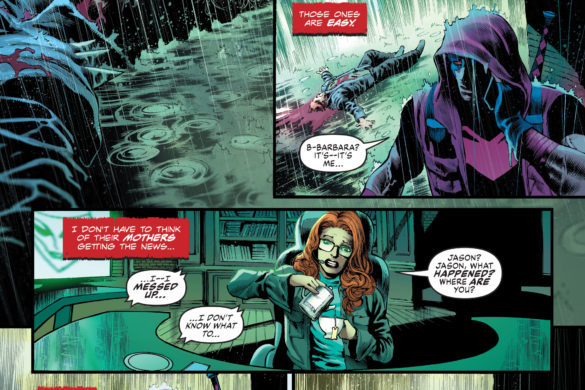 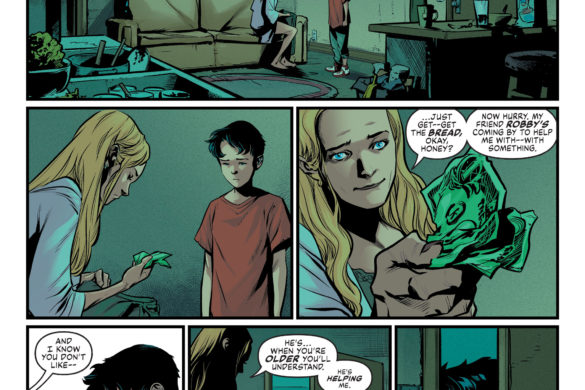 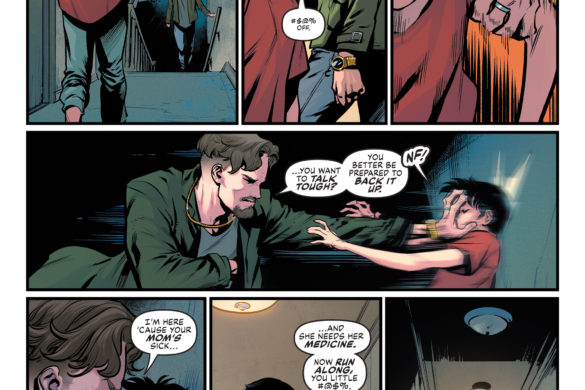 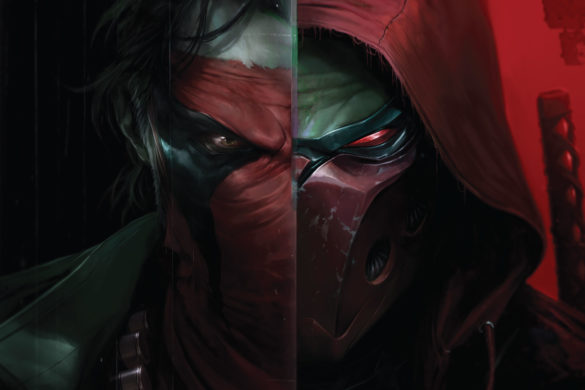 Barbara as Oracle… don’t make her a Barbie

I love the story and the skill set Barb has. I truly miss her as Batgirl, but totally get the realistic script of making sure she’s not leaping buildings with a rebuilt spine (for those of you into the tech side of things, read the latest Blade Runner 2019 and Blade Runner 2029 for a hero with a robotic spine). I love that Cecil Castellucci celebrates the game of chess in Barb’s repertoire in this story.

Marguerite Sauvage is a wonderful artist, but a light, cheerful airy medium is not where Barb belongs… or does she?  I’m used to a darker Gotham, and a cheerful Metropolis, so perhaps Sauvage would be better in Superman’s digs? Then again, Barb is a ray of sunshine, as we see her and Dick getting closer and closer!

Grifter – More There than Meets the Mask?

I get it. Grifter has nosed his way into Gotham as a hired bodyguard, however, his skill set lacks a bit in his becoming anything other than a nuisance to those around him, including Bruce. However, he has a sort of Lethal Weapon/Mel Gibson appeal, as he gets his rear kicked (A LOT) in this issue.

I love the Grifter character from Image, but I don’t want him softened in a DC world. If the original route is open, I really want another Spawn/Dark Knight comic to emerge. Did I say that already? Again, this exploration into this character makes him a richer one than when he was at Image. I think the move to Gotham is better for Grifter as a story (but obviously he’s taking his beatings).

Finally, if Grifter gets to play, then I want Ghost-Maker in the fray as well. You can’t give Bruce another crime fighter ally, or funding stream, without making him a part of this book.  This is my plea!

A Playground for Villains, The Outsiders and Filling in the Blanks

Batman: Urban Legends #2 is akin to the special comics from my childhood. Remember the huge anthologies, that contained story, upon story of those associated with your favorite character? Batman Family used to do that for me, and now Urban Legends will fill the void that’s been missing.

Pick this up, as it will be one of your favorite playgrounds for some time to come!  The fact that these are continuing stories makes it so much a better ride.