If there’s one rule that comic book fans go by, it’s you can never have enough collectibles. Whether it’s Funko Pops!, statues, or art prints. There’s always something being released that us fans will want, to display our fandom. So, if you’re in need of a new Batman and Robin art print, Sideshow has a new one releasing soon. Titled The Dark Knight Saves Gotham City, the print is available for pre-order now. 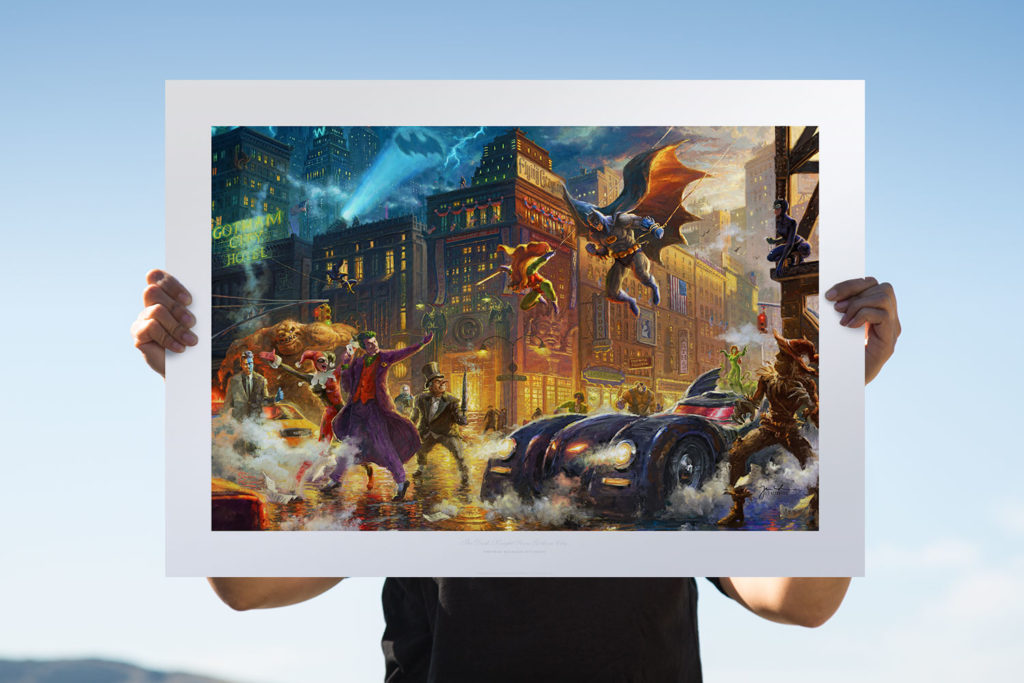 If you look deeper into the print, you’ll notice Batgirl swinging into action, as well, and at the very top left, you can catch Man-Bat perched on the building above the Gotham City Hotel sign.

I managed to catch a couple of other Easter Eggs, including Commissioner Gordon next to the Bat-signal. The Flying Graysons, and “I Believe in Harvey Dent” signs. All the stores behind behind Batman have significant names such as “Martha’s,” “Thomas Pizzeria,” “Gordon Café” and “Ivy’s Flowers.” The Batmobile is also a pretty clear homage to the Tim Burton design, from Batman ’89 and Batman Returns.

The one Easter Egg I couldn’t quite make out is the person on top of the building underneath the thunderbolt and to the left of the Flying Graysons sign. Who do you think it is?

Will you be adding this art print to your wall? Let us know!