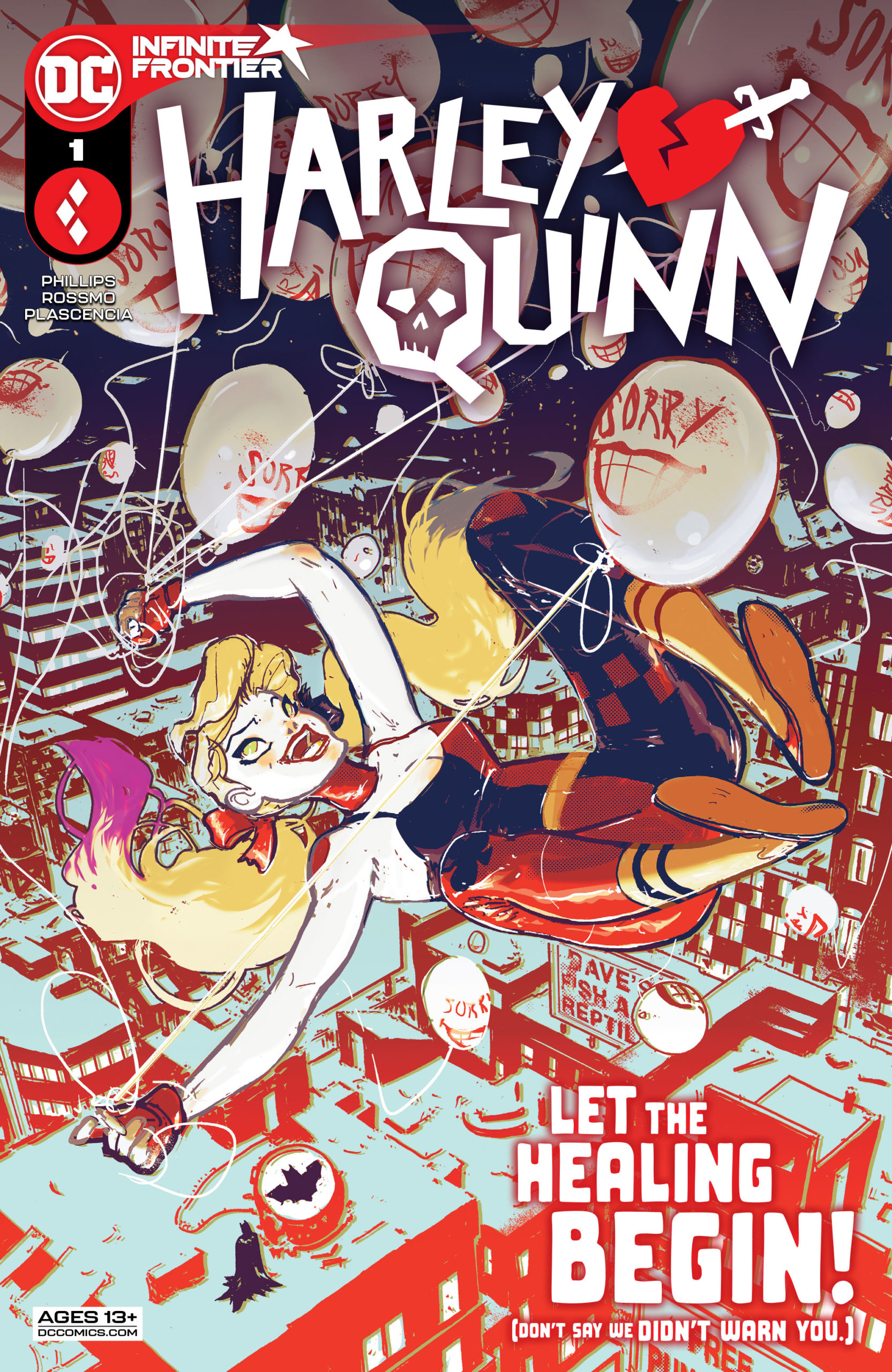 Send in the clowns indeed! There’s been much anticipation for a Harley Quinn ongoing series to restart, under writer Stephanie Phillips. Paired with an astounding art team, exciting is the least adequate adjective to use here. Readers got a sweet taste of her version of Harley in the Future State two part series, but now we (finally) have a brand new Harley Quinn #1.

Harley’s returned to Gotham City, ready to fully prove that she’s fully changed her ways. She’s got a progress chart and everything, to ensure she’s mending fences she previously would’ve demolished. She’s now set on putting things right, or at least that’s the plan… but as Harley has learned before. nothing ever goes according to plan.

The citizens of Gotham have had it with Caped Crusaders and with Villains alike, so the City’s ready for a cleanse. The solution is one that poses a threat to all involved. 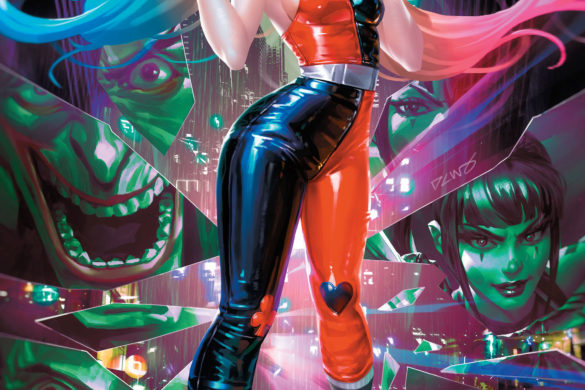 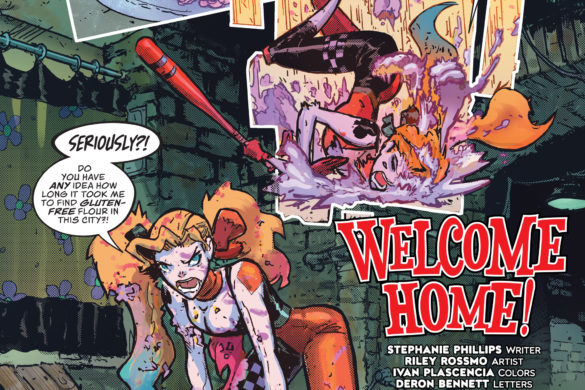 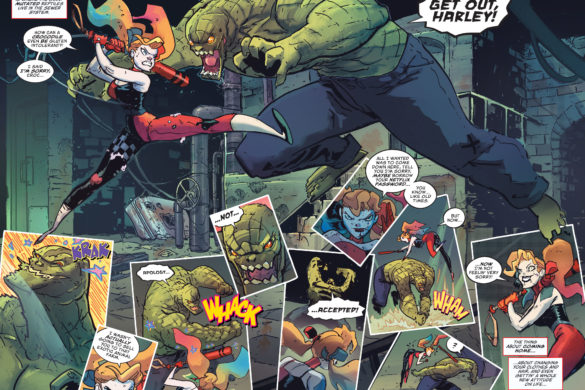 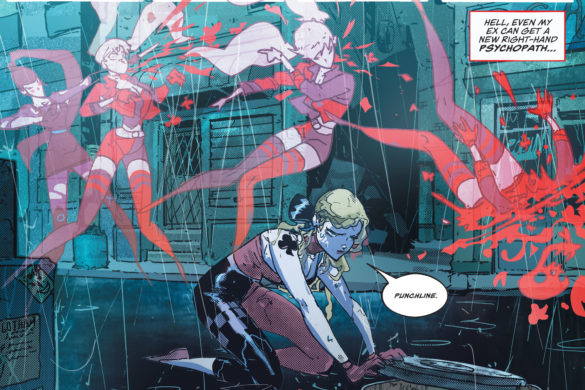 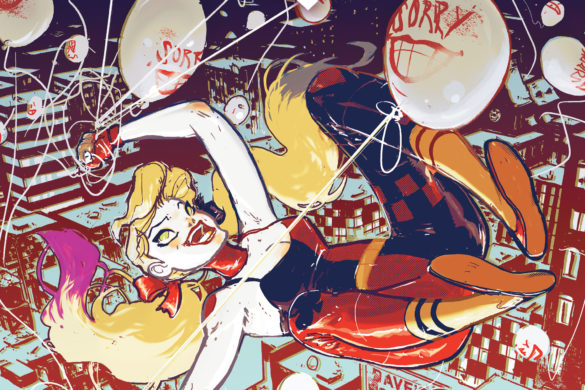 Where Do We Go From Here?

I won’t lie, I expected the highest of standards going in to this new ongoing series, and coming off the last set.  I’m grateful to be able to come into Stephanie Phillips’ run at the beginning though, as her tone on Harley is far different in this first offering, even compared to what she gave us in Future State. Harley’s still trying to be her perky, happy-go-lucky self, but there’s definitely a sad side to that. She’s palpably lonely, but quite determined to prove herself to any who may doubt what, and who she is.

Riley Rossmo’s art is beautiful, although the chin style caught me off guard at first. It matches up with the way the story’s beginning is told however, so when paired up with Ivan Plascencia’s color art, magic happens as the tale unfolds. The tones shift seamlessly, and we get to see a side to Gotham that’s surprising as a concept, but isn’t all that unexpected.  For all the light-heartedness we get, it’s evenly matched with solemnity, and anger.

Harley Quinn #1 is but a taste of what’s to come. It sets the stage up for massive things, and sets a solid foundation. Harley’s really seeing what the stakes are for turning around her previous misdeeds, and she’s seeing what having a rep for so long really did to her, and people’s view of her. Whether she’s able to deal with the stress of these, not always misconstrued, misconceptions remains to be seen.

I’m definitely going to be along for the ride.