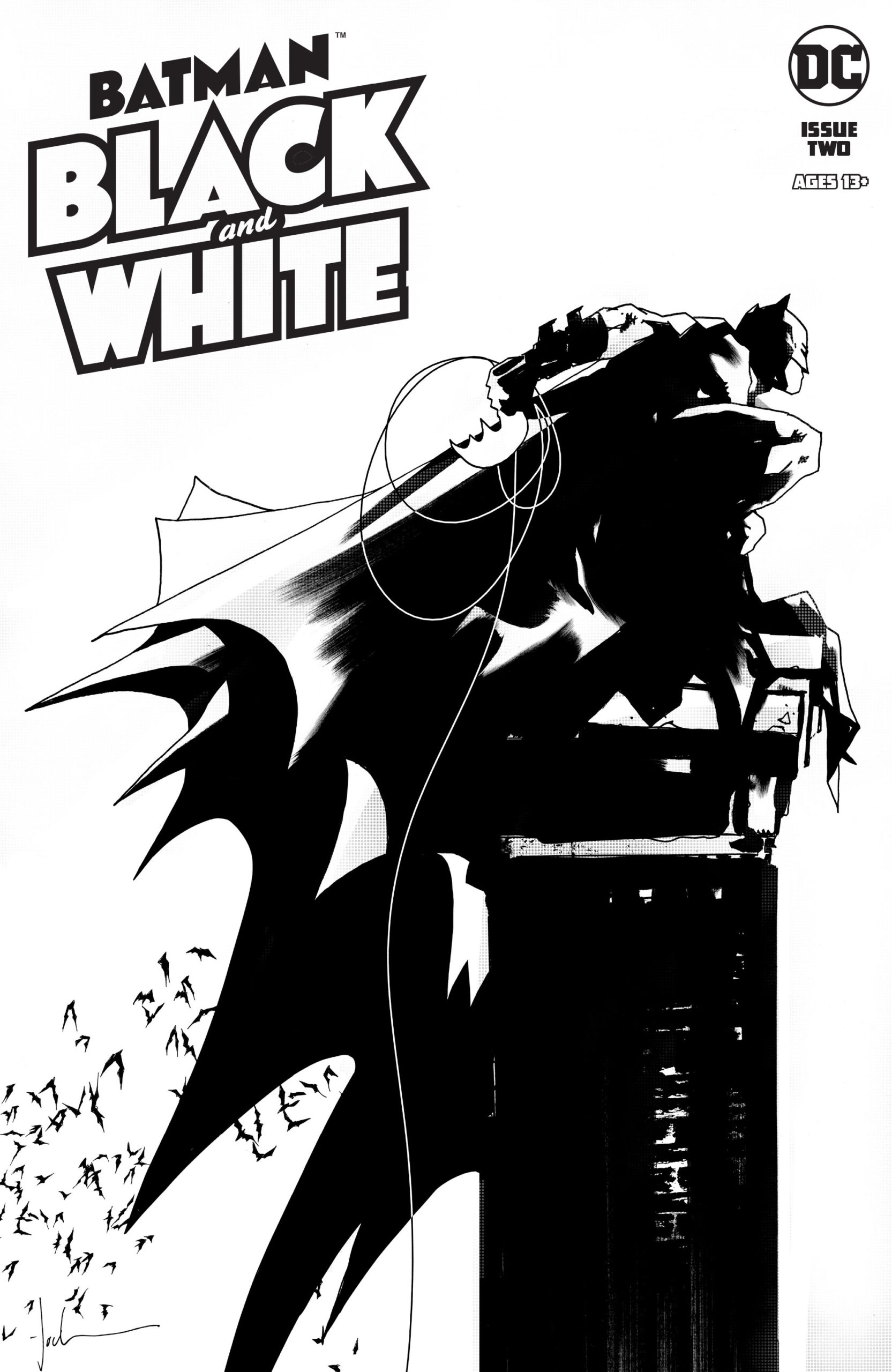 While it’s only two issues deep, Batman Black & White #2 continues to promise that this series has a lot of unique Batman stories to unleash. This issue in particular delivers on levels ranging from emotional to fun, simple to complex, and it does it with such a diverse look. You know you’re reading 5 different stories this week because each artist brings their own A+ style.

It’s not often you get a Batman-led story that doesn’t feature someone from his rogues gallery. Further, it’s less often that when you do, it’s this good. There’s danger – a church in Gotham has caught fire, and children need to be saved. They are. This doesn’t spoil the story, as it focuses on Batman saving the elderly priest who ran back in to rescue any more children that may have been in the church.

It’s the interaction between Batman and this priest that resonates with the reader. Tom King’s words, through Batman, allow you to feel the weight that the Dark Knight carries with him.

Mitch Gerads’ art is beautiful. I know that this is word I may use too often when it comes to art, but in the case of Gerads and this story, there is none that fits better. It’s detailed with amazing shadow work, and that’s part of what makes it beautiful. He’s able to capture the beauty of King’s words and bring them to life in a highly effective way. Panels may look the same as others at times, but take a closer look. There are subtle changes. It may be slight, but it’s there and it may even bring a tear to your eye.

“All Cats Are Grey”

To offset the emotion of The Unjust Judge, Sophie Campbell brings a simple story that’s pure and fun. She captures what we love about Catwoman and Batman’s relationship without a single line of dialogue. To impress me, a Kevin Smith fan who appreciates good dialogue, without any conversation at all, is saying something. This is a cat and mouse tale, but isn’t that what Cat and Bat are all about? It’s on the nose, but that’s not a bad thing. Maybe I’m a sucker, but it’s cute.

Campbell’s art matches the story – simple, pure, and fun. Sometimes I want intricate detail from a black & white comic, especially in something like Batman Black & White #2, but other times simple is what’s needed. The flat blacks and whites are in contrast to the previous story, but embrace the game of cat and mouse. All Cats Are Grey may not bring a tear to your face, but it will bring a smile.

I’ll admit it: I’m all in on a Joker story. I’ve loved the character ever since Jack Nicolson’s performance in Tim Burton’s Batman. That love grew more with Mark Hamill’s excellence in Batman: The Animated Series. It’s usually Hamill’s voice I hear when reading the character, and this is one of the rare times I can’t. Now, I still love The Spill, but it feels like Gabriel Hardman and Corinna Bechko dropped the ball with the Joker’s dialogue here. It’s not terrible, it’s just… dull.

The story is interesting though. Of course, the Joker would rather sit and watch Batman struggle, not being able to save the city from the chaos that’s happening during a crisis. While I’ve always adhered to the poetic nature of the Clown Prince of Crime and the Dark Knight, I find the writers’ take on it this time interesting.

Where Joker’s dialogue lacks, Hardman’s art makes up for it. This is black & white story that needs the detail, the shadows, the texture. The art doesn’t convey the emotion of the characters, as much as it conveys what we should be seeing. This makes a degree of sense, considering Hardman’s storyboard artist background. These pages and panels very much remind me of storyboards; I could really see these scenes play out cinematically. 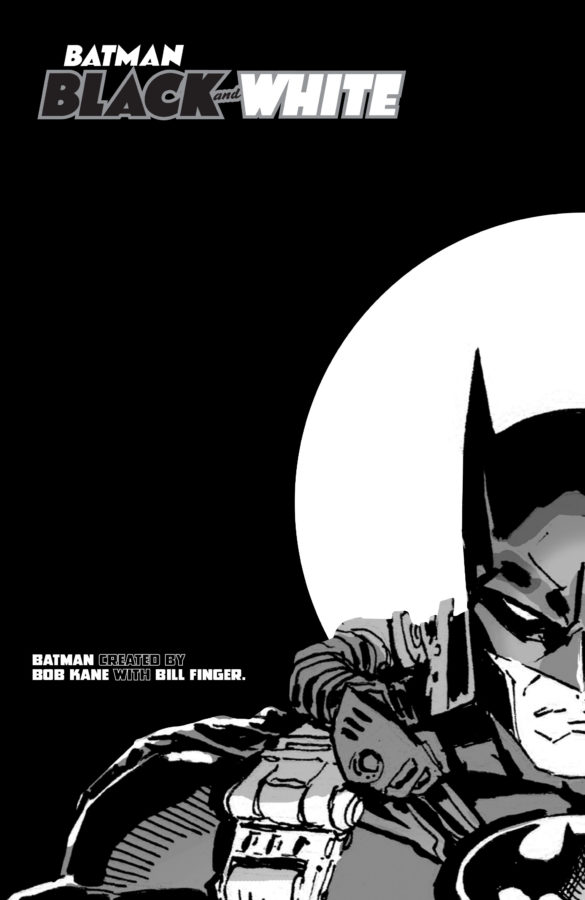 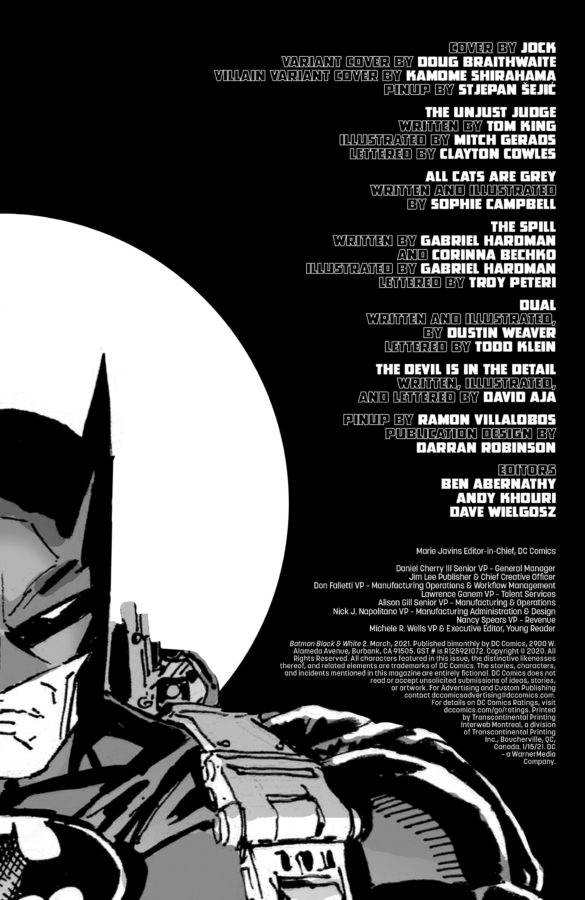 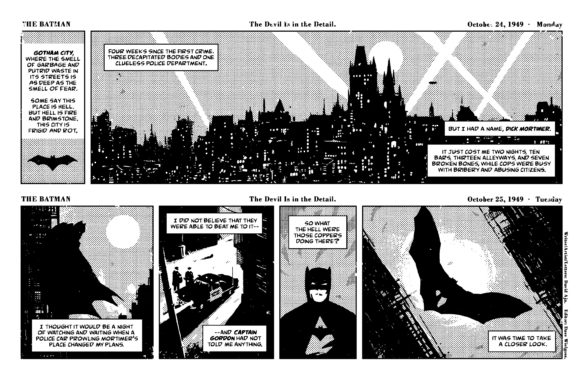 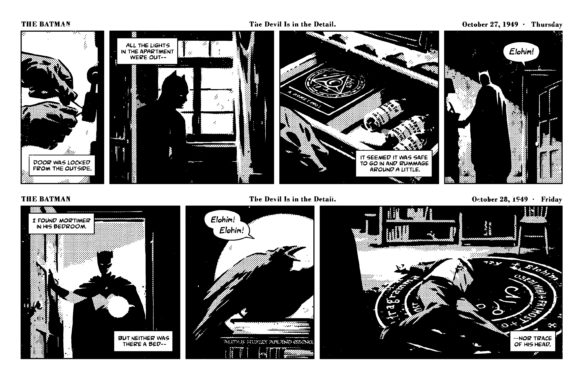 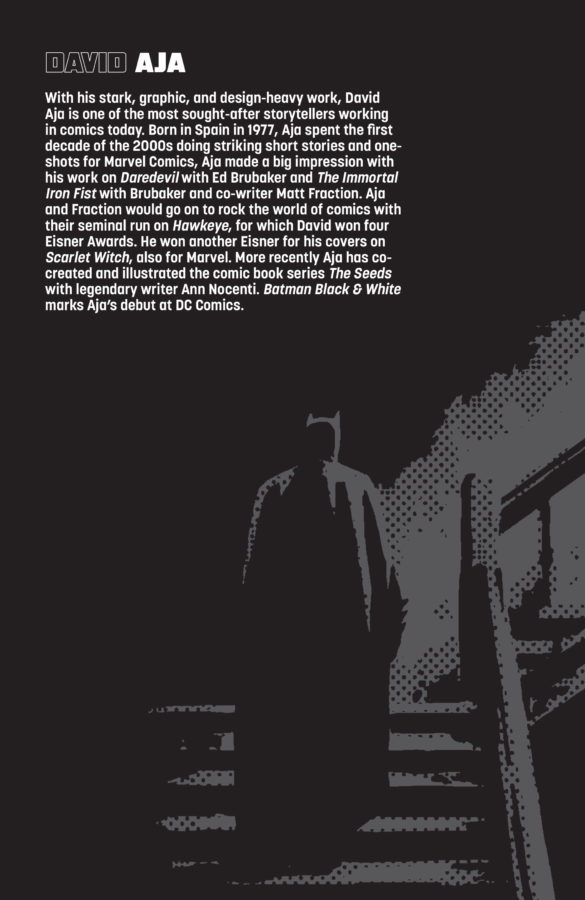 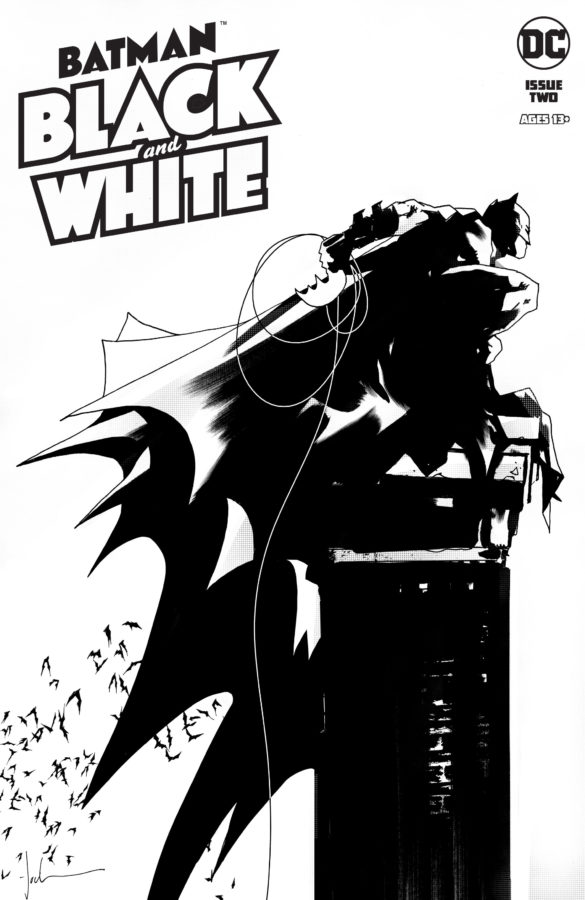 I must say, Batman: Dual left me with questions. I don’t think that makes Dustin Weaver’s story here bad, just the opposite. I think this particular entry deserved its own issue to breathe. Weaver took on an ambitious story that, sadly, felt rushed, due to being confined to an anthology book. The idea of a White Bat wrapped up in a blend of science fiction and horror is fantastic.

What didn’t feel rushed was Weaver’s art. Like the rest of this book, it’s breathtaking. There’s less texture, but still a great use of blacks, greys, shadows, and whites. As elegant as Weaver’s Batman is, the White Bat is rough. It’s a great example of using villains to show the duality of the Dark Knight.

I would love to see DC give Weaver a DC Black Label  limited series, where he could retell this story in more depth. While the very purpose of these anthology stories is to allow creators to tell tales outside of continuity, I believe there’s room for the White Bat to enter the mainline universe.

“The Devil is in the Detail”

While Batman: Dual was ambitious, David Aja’s The Devil is in the Detail is quiet, but in all the right ways. As with The Unjust Judge, this is a story that doesn’t feature someone from the rogues gallery. This is Batman going back to his roots. He’s a detective, and this is a noir story – perfect for Batman Black & White. Aja’s script may be the best in this issue, if not the series thus far.

With this style of story, Aja’s choice for both art and presentation really sets this apart from the other stories in the book. The style’s reminiscent of early Batman, specifically Detective Comics, and having it laid out like an old newspaper format gives an oddly pleasing aesthetic. The art highlights detail, texture, and shadows; but doesn’t shy away from flat black when necessary.

This is another example of wanting to see DC give a creator a limited series. Aja could easily handle a digital-first title with the format he’s presented here, and a return to more street-level threats would showcase Batman’s detective roots.

Batman Black & White #2 is a near-perfect issue. The few things that didn’t exactly sit with me aren’t enough to not sing high praise for this book. From excellent writing across the board, to equally excellent art, there isn’t much more you could want from this series.