In a shocking move, Ruby Rose’s Batwoman has been edited out of a scene from Crisis on Infinite Earths.

The edit was made in a new Arrowverse special that aired along with the debut of Superman & Lois on The CW. The universe helmed by Greg Berlanti saw some major changes last year – Arrow ended after eight seasons, they pulled off their most ambitious crossover to date, Supergirl announced this next season would be their last, and Batwoman star, Ruby Rose, announced she’d be leaving the show, ahead of production of its second season.

Rose and Warner Bros TV, along with The CW, seemed to have parted on good terms. Even with a new Batwoman in Ryan Wilder, played by Javicia Leslie, Kate Kane’s fate remains a mystery; leaving the door open for something to happen in the future. Despite that, the Arrowverse special made a controversial move with the edit. 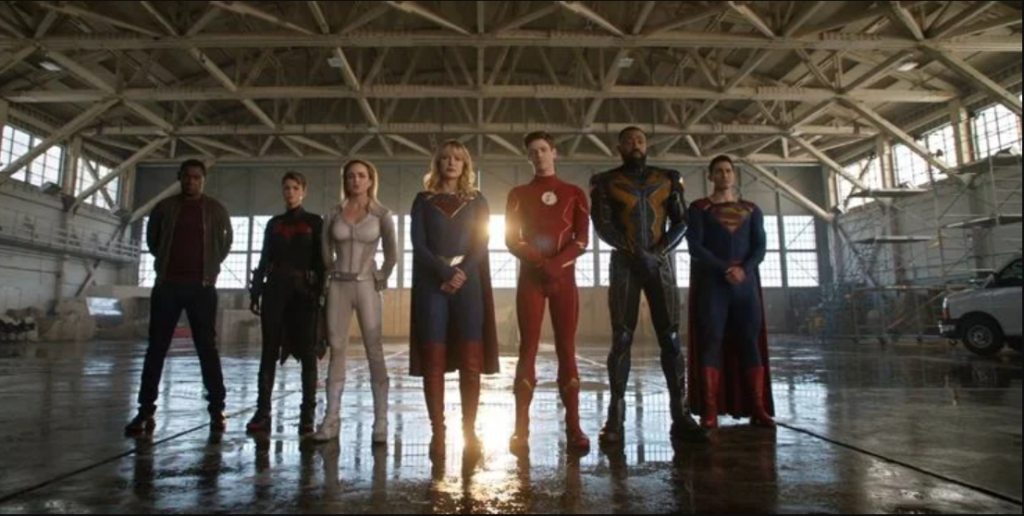 The final hour of Crisis on Infinite Earths highlighted the formation of the Arrowverse’s version of the Justice League (on Earth-Prime at least). As you can see in the original seen posted above, Kate is seen standing between Martian Manhunter and the White Canary. However, as you can see the edited scene, below, Kate has been edited out.

Why Has Kate Kane Been Removed?

As Screenrant suggested, it could be due to some legal reasons we aren’t privy to, but there’s no logical reason for this. Kate is missing, but she wasn’t erased from the timeline, in fact she was a crucial part of Crisis on Infinite Earths. Kate, the character, is still very much part of the team, even if Ruby Rose, the actress, is no longer part of the series.

In this writer’s opinion, it’s borderline disrespectful. There are plenty of shots from the crossover that could have been used that didn’t include the character.

Kate Kane, and Ruby Rose’s portrayal of her, will forever be part of Batwoman and the Arrowverse. It can’t be erased, so why try?

Images may be subject to Copyright