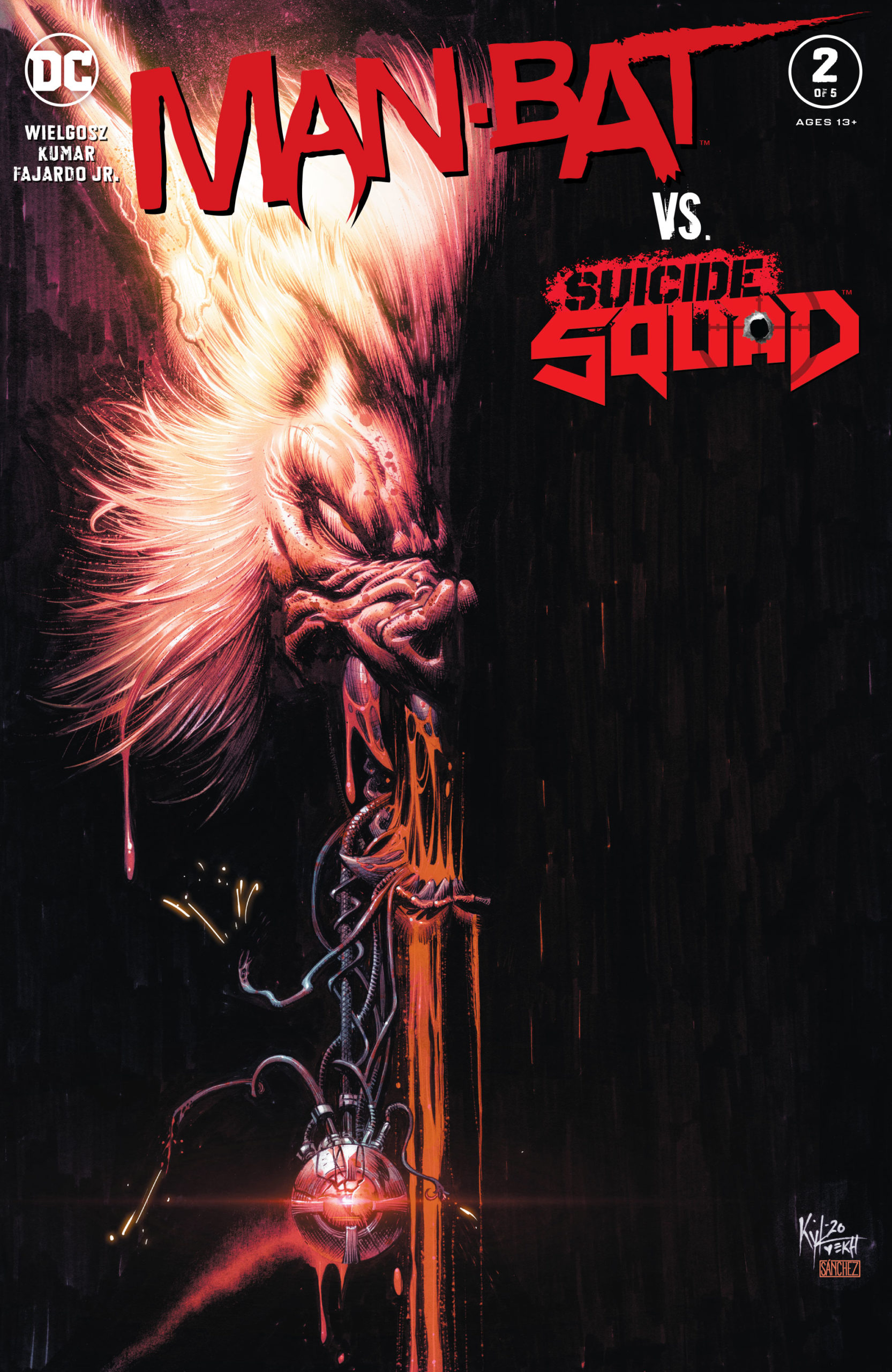 A great way of bringing attention to books that feature lesser known characters is to include A-listers amongst the guest stars. Last month we saw Kirk Langstrom’s chiropteran alter-ego interacting with Gotham’s Dark Knight, and in Man-Bat #2 we get a blistering confrontation with Rick Flag, Killer Croc, Deadshot, Harley Quinn, and Captain Boomerang… AKA The Suicide Squad.

This means, of course, the action is this issue is ramped up to the max.

Two issues in, and I’m loving what Dave Wielgosz is bringing to the table, as the writer of this mini-series. The guest star trope is tried and tested, but Wielgosz uses this tool as a bonus, not as the main focus. His dialogue, characterization, and the ongoing story of Kirk Langstrom fighting for his humanity, and his life, is the real meat on the bones of the story. 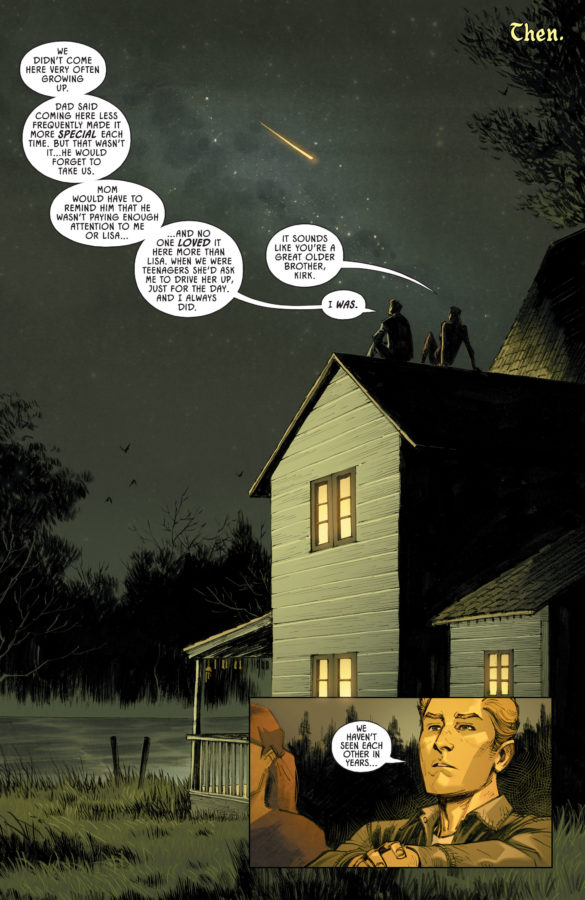 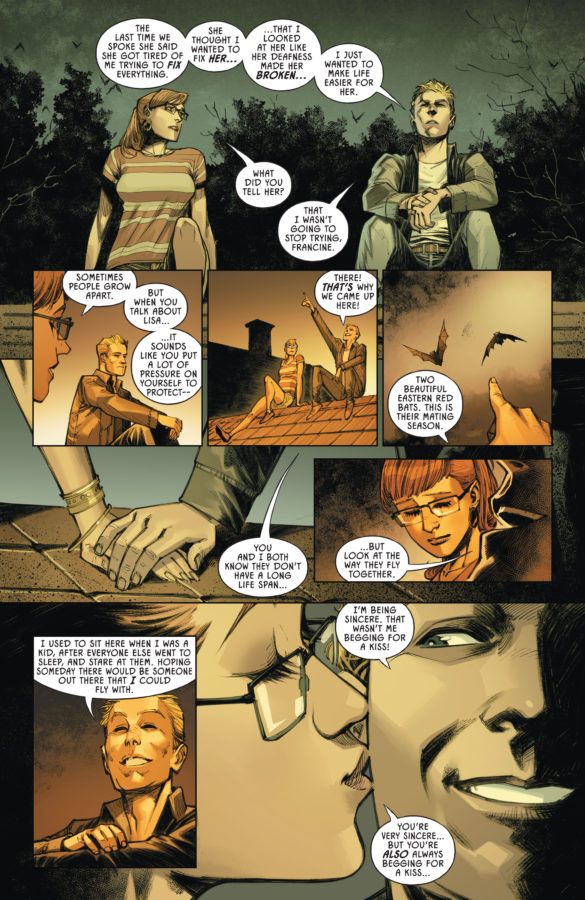 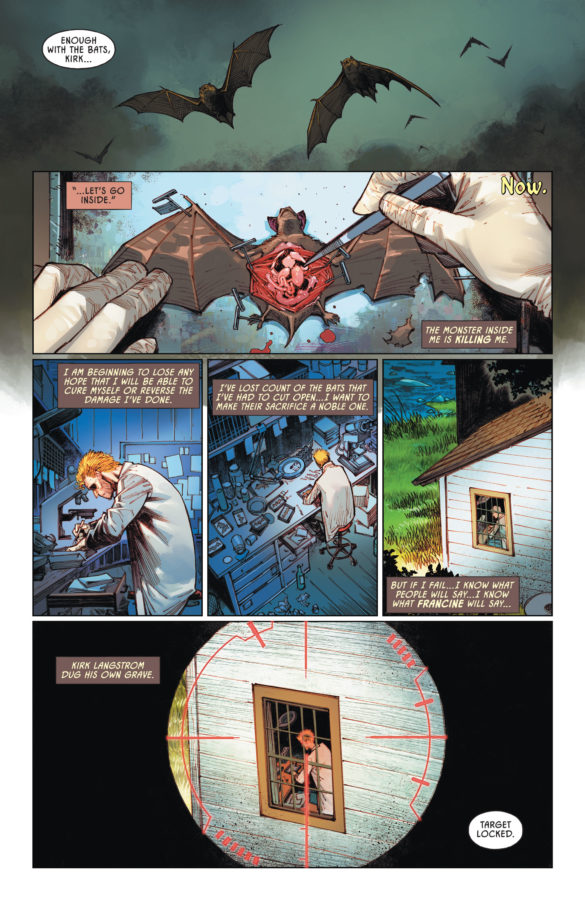 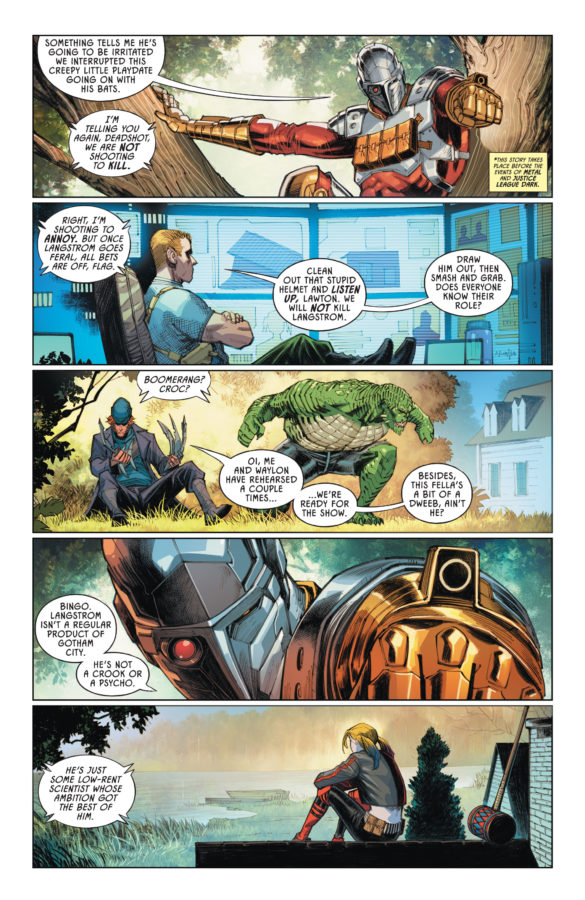 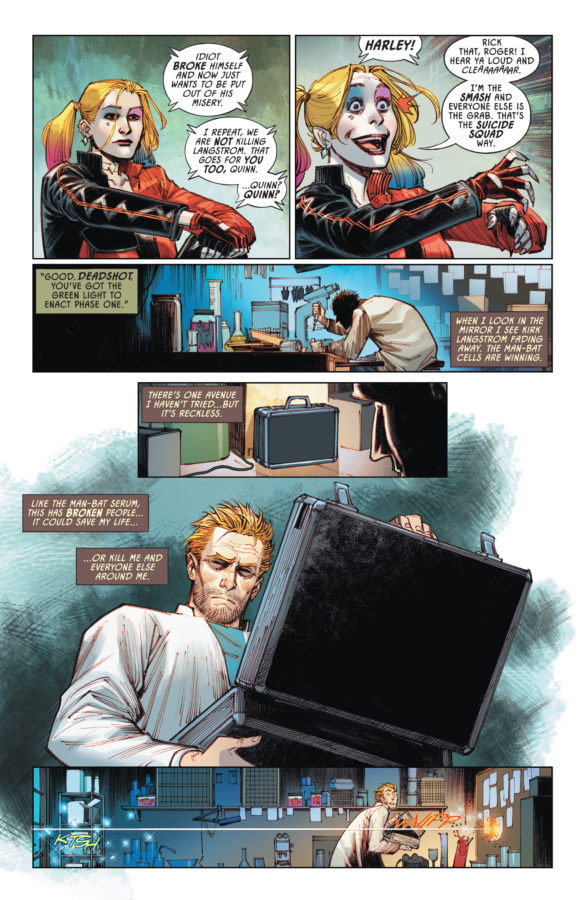 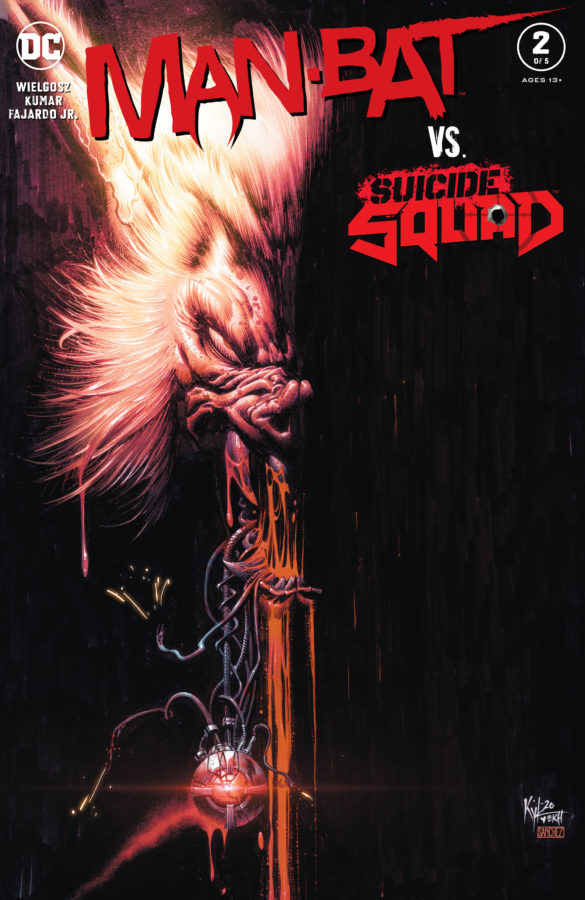 Art That Gives You Wings

With every new comic I see by Sumit Kumar, the more I love his work. This guy’s a star! Last month Batman said that this is the biggest, strongest Man-Bat we’ve ever seen… who am I to argue with the Dark Knight? Sumit draws a magnificent Man-Bat, a sympathetic Kirk Langstrom, and spot-on, picture perfect versions of every single member of Task Force-X.

The moments from the past, featuring an intimate exchange between Kirk and Francine Langstrom, are miles removed from the bombastic action that follows, but all of it is beautifully rendered. Of course, Romulo Fajardo’s colors add a lot of texture, depth and atmosphere too, so the end result is a comic replete with wonderful imagery.

Dave Wielgosz writes a lot of dialogue, and while this is something I actually like, though I imagine it gives letterers a lot of work. Thankfully, this series is being handled by one of the best in the business, the talented typographer known as Tom Napolitano. Guess what? I’m a fan.

Man-Bat #2 builds on the success of issue #1. We get a ton of story development, great dialogue, brain busting art, and a great lead-in to issue #3.

I wonder if next month’s title will be “Honey, I Shrunk The Man-Bat”? Whatever happens, I’ll be here. Hopefully you will, too.