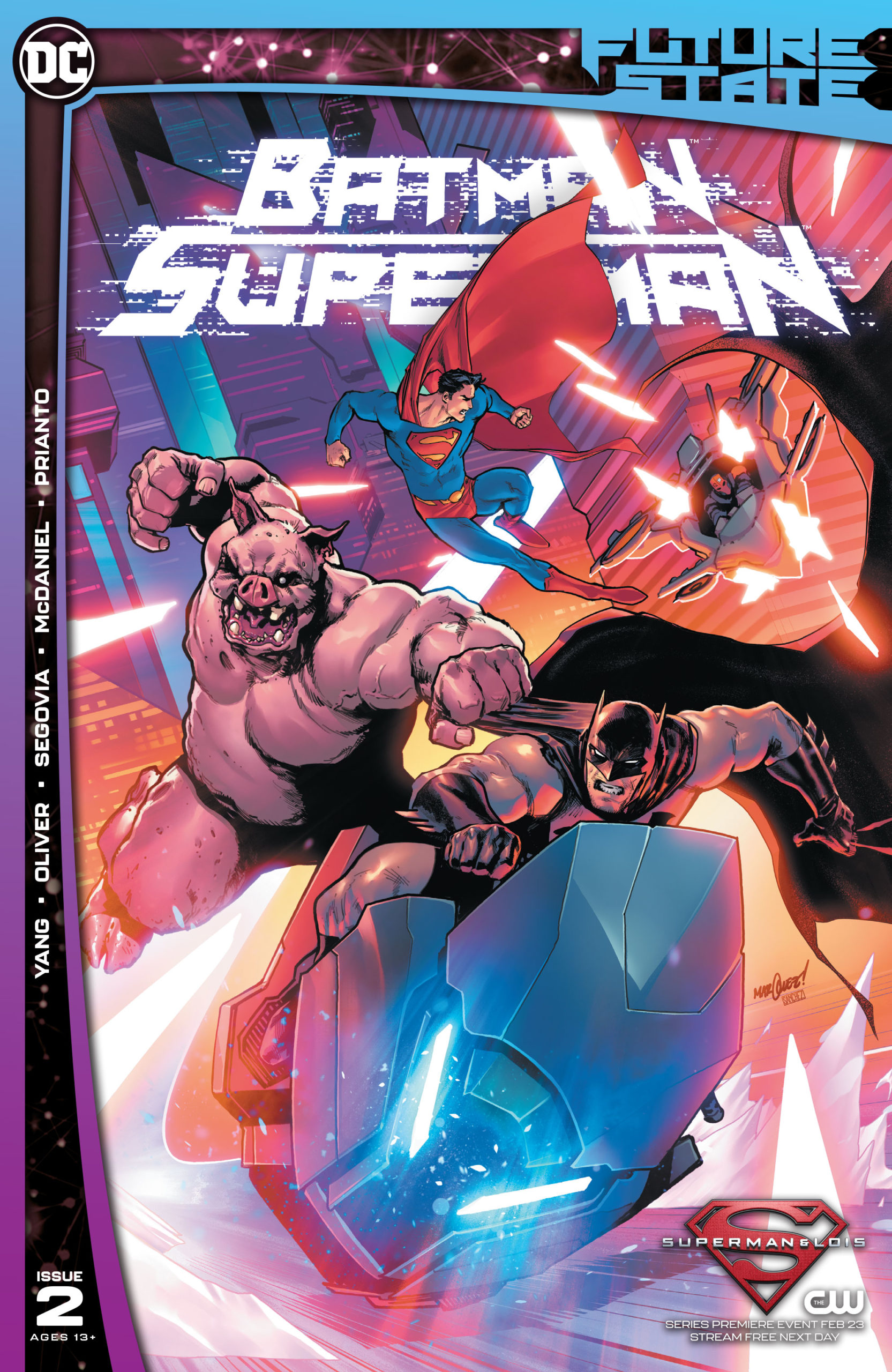 It’s Dark Knight to the rescue, as the Man of Steel goes under the knife in this week’s Future State: Batman/Superman #2.

While investigating a new street drug called the False Face Serum – a narcotic that transforms a human heads into animal ones – Superman is captured by a frog-faced man wielding kryptonite.  When Batman arrives on the scene, he’s faced with an octopus-goat-boar chimera (yeah, you read that correctly).

Last month, I lambasted Future State: Batman/Superman #1, arguing that the False Face Serum was a stupid concept. While I stand by my previous statement, I will say that this drug makes more sense after reading this week’s issue, as Gene Luen Yang reveals the villain behind this bizarre narcotic. This fan-favorite villain is a relatively new addition to Batman’s rogues’ gallery, and is known for human experimentation. 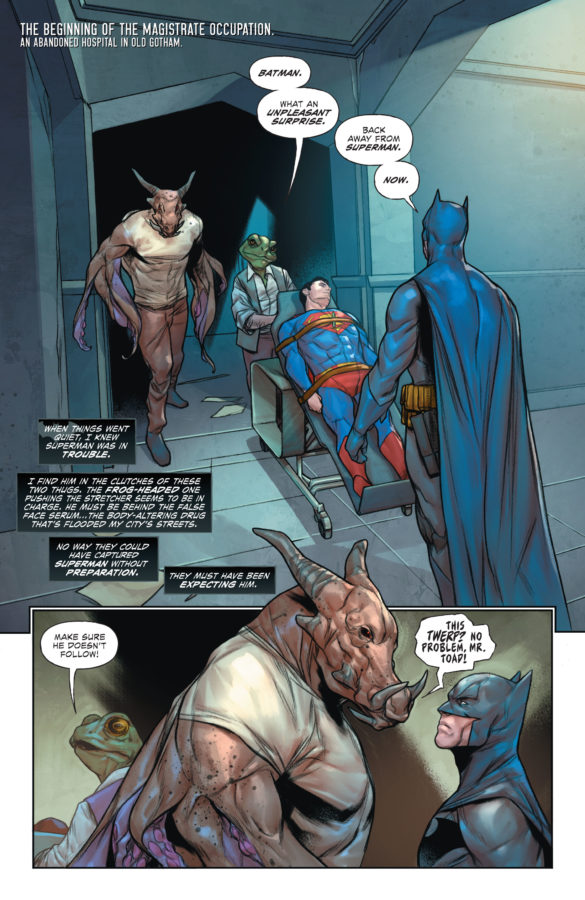 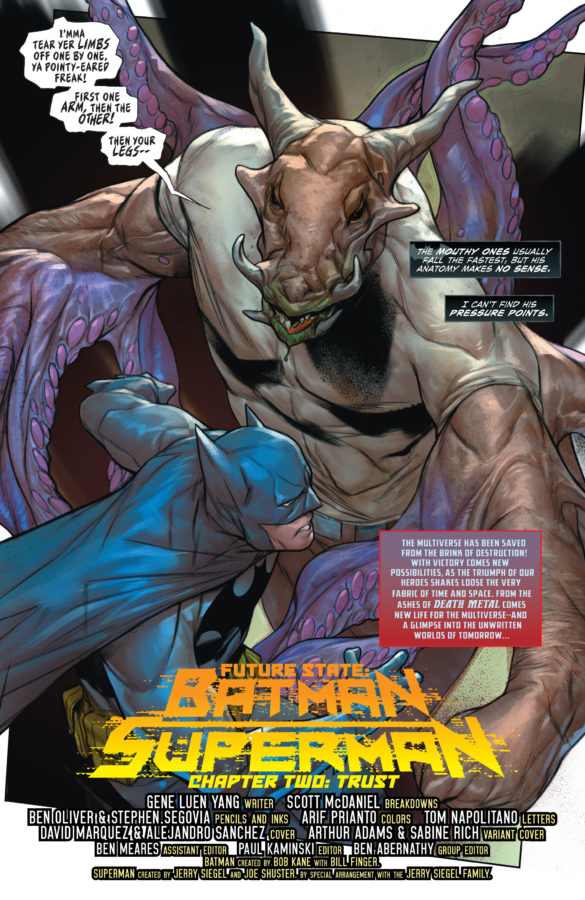 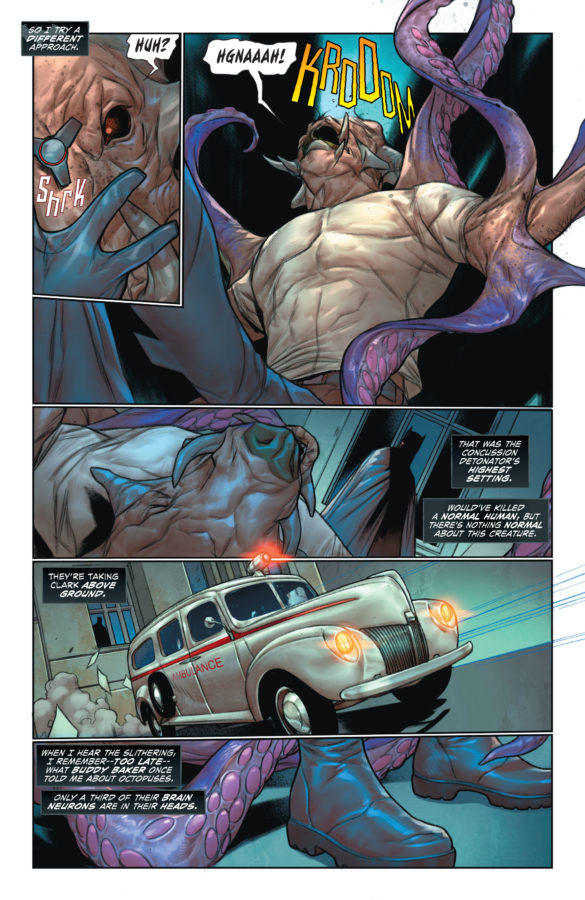 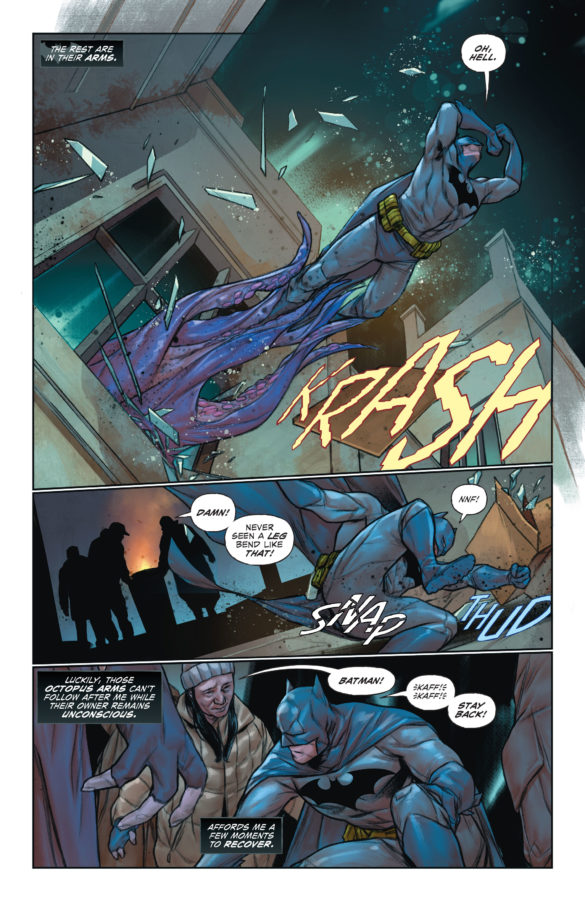 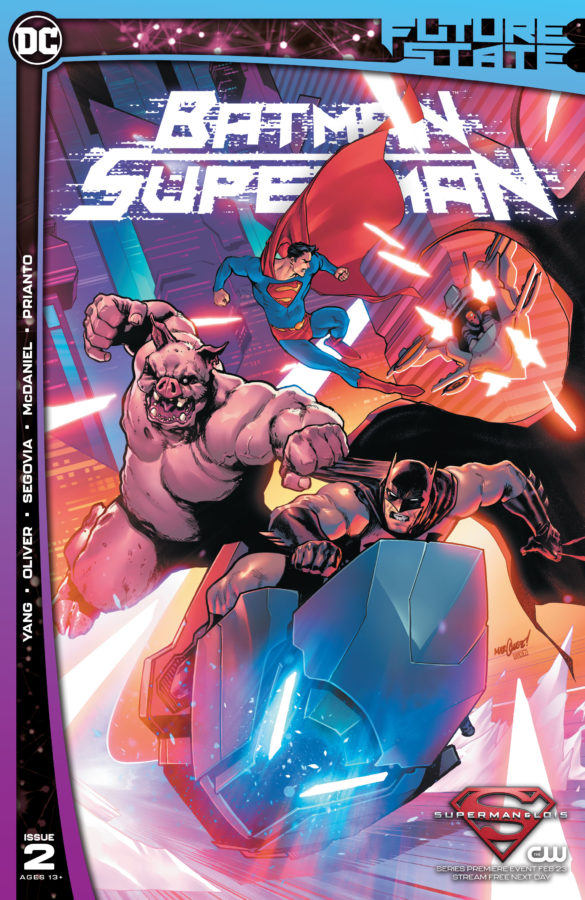 The art for this issue will have you singing “E-I-E-I-O… S~!+! Seriously, the art in this issue is bananas. Ben Oliver, Scott McDaniel and Stephen Segovia do a great job drawing horrific human-animal amalgams. These are the images of a child’s nightmare drawn in a delightfully detailed manner. Between an Octo-ram-boar and a Hog-head-handed-human, there’s enough fodder here to give the most cynical of readers the heebie-jeebies.

Also, Arif Prianto’s colors once again serve as a fantastic compliment to the line-art, and script. Considering the issue’s animal-horror theme, Prianto’s grey-scale reinforces the dark, animal instincts of the story’s villain as well as the oppressive and pervasive nature of the Magistrate. Again – Prianto’s colors add to the aforementioned “heebie-jeebie” effect.

While far from perfect, Future State: Batman/Superman #2 is an improvement from last month’s offering, as Yang’s creative choices make more sense in light of this week’s villain reveal. Nevertheless, the False Face Serum could have been handled a bit better overall.

Art-wise, Oliver and team have, once again, knocked it out of the park, as the issue’s aesthetics capture the terror of Future State Gotham.

Final Verdict: A bounce back is better than an utter flop.