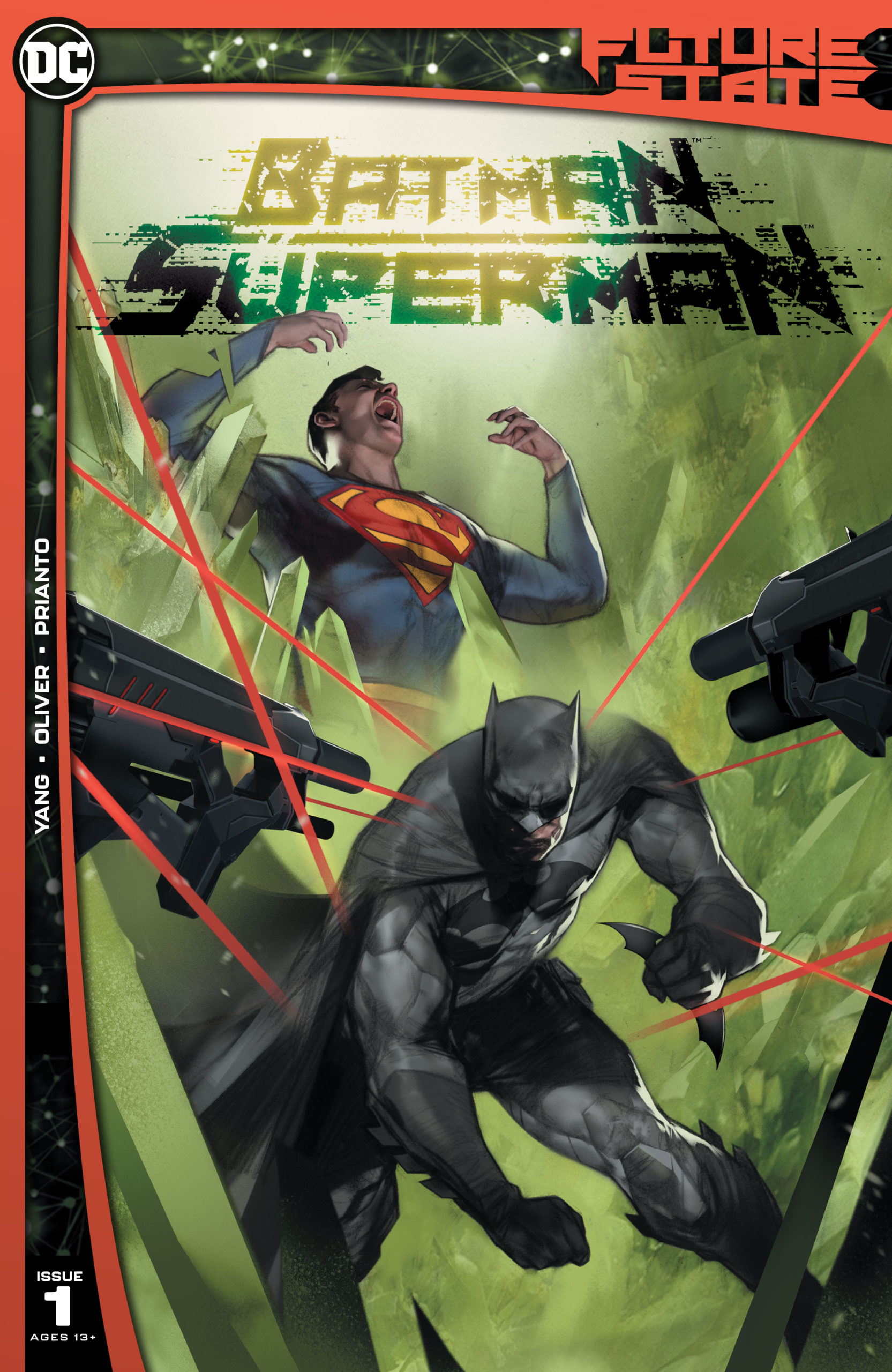 When a crazy new drug hits the streets, the (new) World’s Finest team unites to stop its distribution, in this week’s Future State: Batman/Superman #1.

After rescuing a teenager bent on suicide, Superman leans about a new drug that can transform a person’s face into any animal. Upon this discovery, the Man of Steel leaves for Gotham in order to hunt down its creator. When Superman arrives in Gotham and meets up with Batman, he learns that a group called the Magistrate has taken over the city,  not only cracking down on crime, but also vigilantism. Therefore, Batman and Superman are forced to keep a low profile while investigating this new narcotic.

A Drug that Does What?

So I’m not going to sugar-coat this – I find the idea of a drug that transforms a human head into an animal’s dumb. It just seems absurd. I understand what Gene Yang was trying to accomplish, as this drug is also being used by resistance fighters in opposition to the Magistrate. Nevertheless, there are other ways of handling the idea of a dangerous drug without resorting to an insane transformation.

Honestly, I cannot imagine a reason a person would actually want to take a drug like this. Sure – it provides a certain level of anonymity, but there’s this thing called a ski mask that does the same thing without nearly the same amount of risk. While comics are often a place to explore the most outlandish of ideas, I’m not finding the premise of this issue remotely plausible.

Ben Oliver and Arif Prianto make for an interesting team. Oliver’s line-art’s smooth and detailed, rendering each character and setting beautifully. Prianto’s colors are bleak – as if he cranked up the greyscale thereby dulling the vibrant colors. This works exceptionally well when the title transitions to the Gotham setting. While Batman’s home town’s often depicted as a filthy, gritty hell-hole, Prianto’s color scheme really drives that home. All the while, Oliver’s stunning visuals reinforce the futurism of the “Future State” event. Overall, the combination of this art team really captures the quasi-cyberpunk setting of the title.

Future State: Batman/Superman #1 is a mixed bag. Aesthetically, this book is fun and interesting, however, Yang’s script is a bit of a dud. When DC announced that Yang was taking over Batman/Superman, I was excited, as he’s a capable, creative writer. I have my suspicions that once “Future State” ends, this title will improve. Yang’s work suffered when he wrote Action Comics due to editorial constraints, so let’s hope that, once the shackles are off, Yang will be able to deliver.