Composer James Newton Howard has discussed his collaboration with Hans Zimmer to create the bombastic score for Batman Begins, and The Dark Knight.

Prior to Christopher Nolan’s Dark Knight trilogy of films, Howard’s most famous score was in M. Night Shyamalan’s The Sixth Sense and Peter Jackson’s King Kong. However, when the grounded Batman Begins started production, Zimmer approached Howard to help with the movie’s score. Howard spoke to Collider about how he got involved.

Chris Nolan called Hans and said, “I’m doing this Batman movie, do you wanna do it?” and Hans said, “Yeah, can I do it with my mate James Newton Howard?” and he said “Yeah great!” The thing is, Hans and I are wildly different musical entities, but we do have a similar process. We use the same technology, we tend to approach scores the way you would approach making a record – that is, the production values are extremely important to us, how the bass drum sounds, what the low end is like, is the mid-range too harsh? We really try and shape it sonically, so that allowed us to have a lot of commonality. 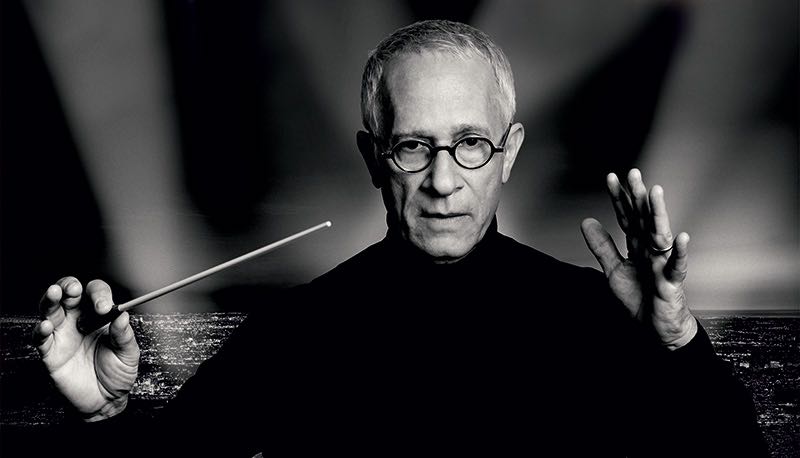 The partnership was a true collaborative effort. The duo composed almost every musical cue together featured in Begins.

We set up two writing studios, a pair of studios in London up on the third floor across the hall from each other. His door was open, I could hear what he was doing; and my door was open, he could hear what I was doing. We were smoking like chimneys. On that movie, on Batman Begins, we truly did co-write every cue together with the exception of the most famous cue, which he wrote, which is the two-note thing. Which is fabulous.

Interestingly,  The Dark Knight had a different creative approach for the team. Instead of collaborating on every individual pieces, they split up the work based on their strengths.

The Dark Knight was a little bit different. We did most of the writing in Los Angeles. His studio in L.A. is about 300 yards from my studio, it’s very close. We split up some of the assignments – he took The Joker and did such a crazy good job on that, I took Two-Face, and then we split up some of the action stuff. I did, predictably, maybe more the psychological stuff, but we went through it and it was great. It was also great fun.

Despite partnering up on the first two movies, James Newton Howard did not work on the score of the Nolan Batman film. The Dark Knight Rises. This wasn’t due to any falling-out, or hurt feelings, and  Howard’s explanation for his absence was delightfully drama-free.

Hans did [Inception] with Chris, and it was clear to me that those two guys have such a great relationship, so when The Dark Knight Rises came along I just politely said, “You know what, you guys do it. I’ve got other movies that I’m doing, and I think I’ve offered everything. You guys are killing it.” So I just bowed out, but it was very friendly.

Together Howard and Zimmer created an amazing compilation of musical score for the Dark Knight trilogy. The score ranges from haunting to thrilling and fast-paced. It is a great mix of modern and more classical musical pieces.