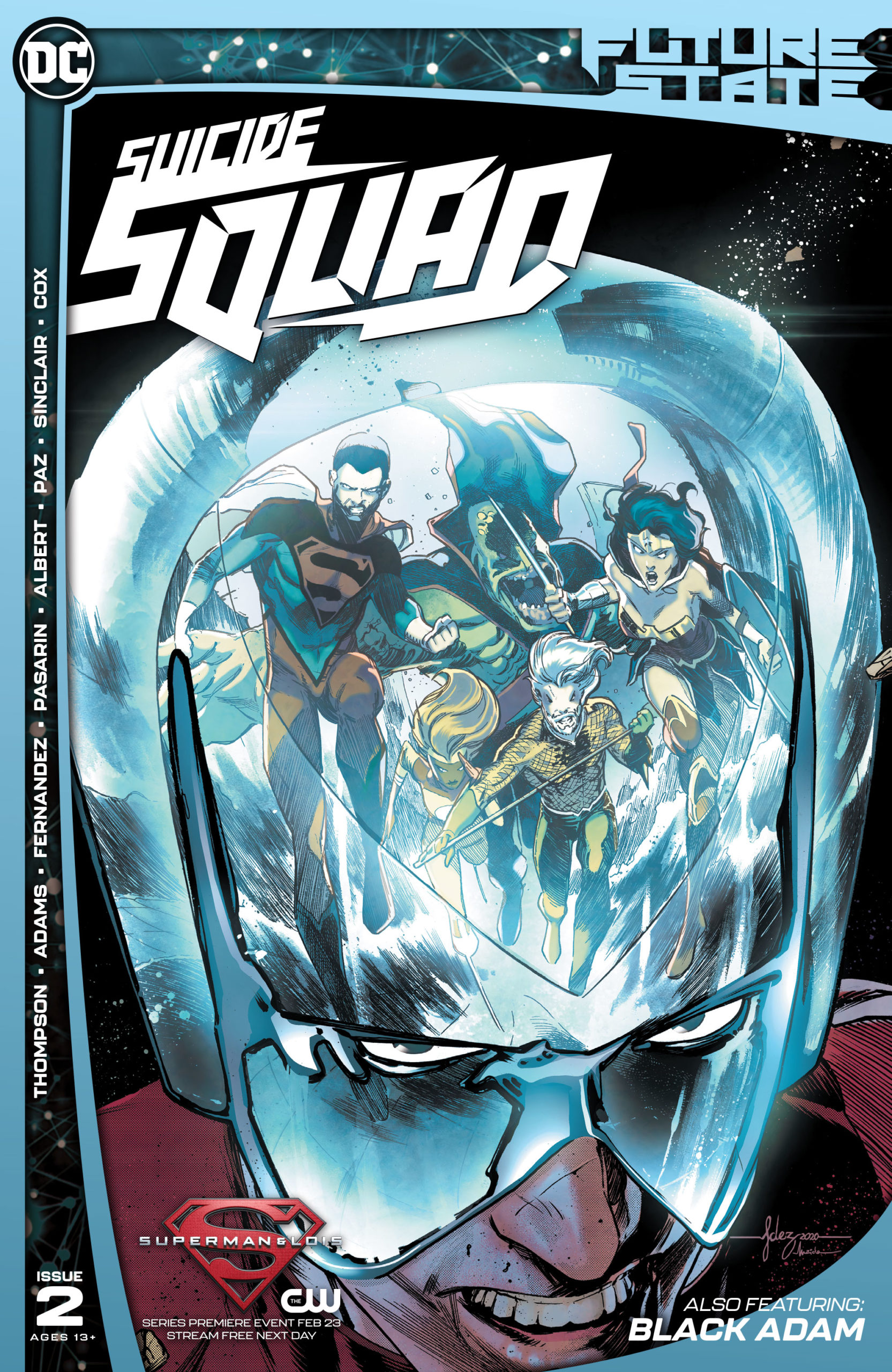 Future State – Suicide Squad #2 concludes the short, two issue story arc in a mostly satisfying fashion. Events are brought to a close with a bang, not a whimper, yet it still retains an intimate feel.

Hats most certainly must be removed to writer Robbie Thompson for managing to cram such an involved, emotionally resonant story into two issues. Some writers have the luxury of elongated runs, within which they can tell their stories, but Thompson has managed to produce a tale that has zero fat on the bone. Only prime cuts here!

In a move that’s as timely as it is welcome, Thompson and DC have chosen this run to bring Peacemaker back into the mix. Considering that the character’s appearances in recent years have been few and far between, the fact that the next 12 months will see Christopher Smith’s alter ego gain a huge amount of mainstream exposure means that this couldn’t have captured the zeitgeist any better. With film and television appearances in the pipeline, Peacemaker’s going to go global. Thompson’s use of the character feels very authentic; his personality and motivations don’t feel shoehorned into the plot, and he becomes the joint lead of this issue, along with Amanda Waller and Connor Kent.

Divulging too much about the interplay between the characters would be difficult to do without putting forth major spoilers, but what I can say is that things are not quite what they seem. Just when you think you understand what’s going on, Thompson drops a bomb that this reviewer didn’t see coming at all. Truly a case of when worlds collide… 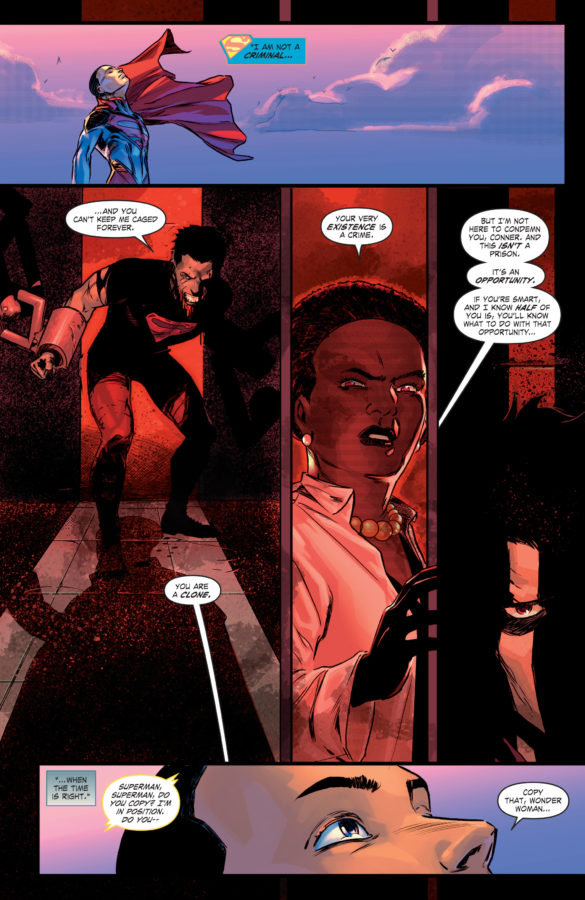 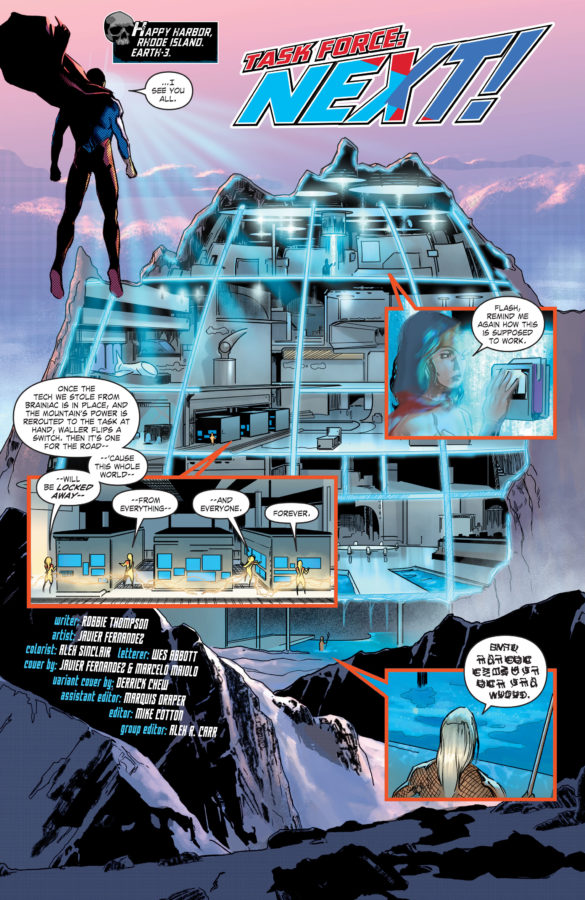 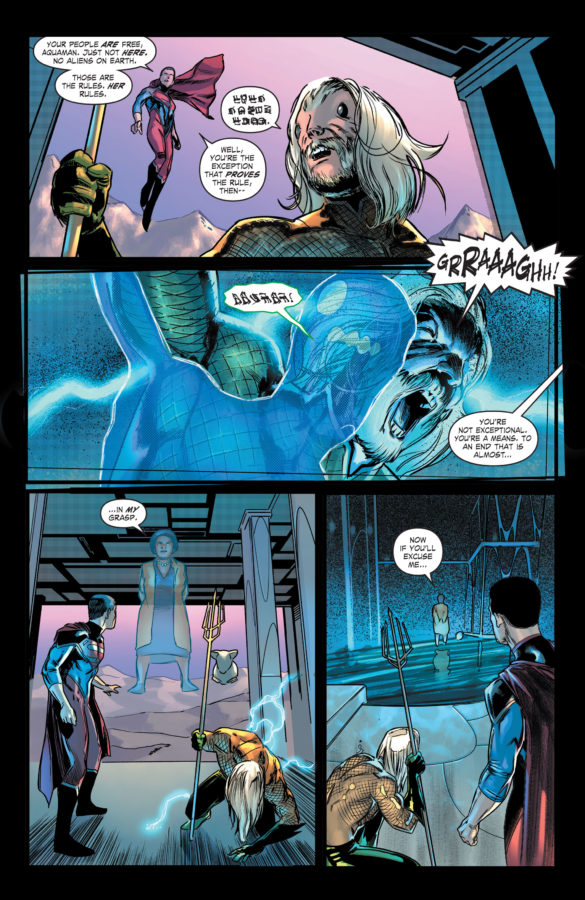 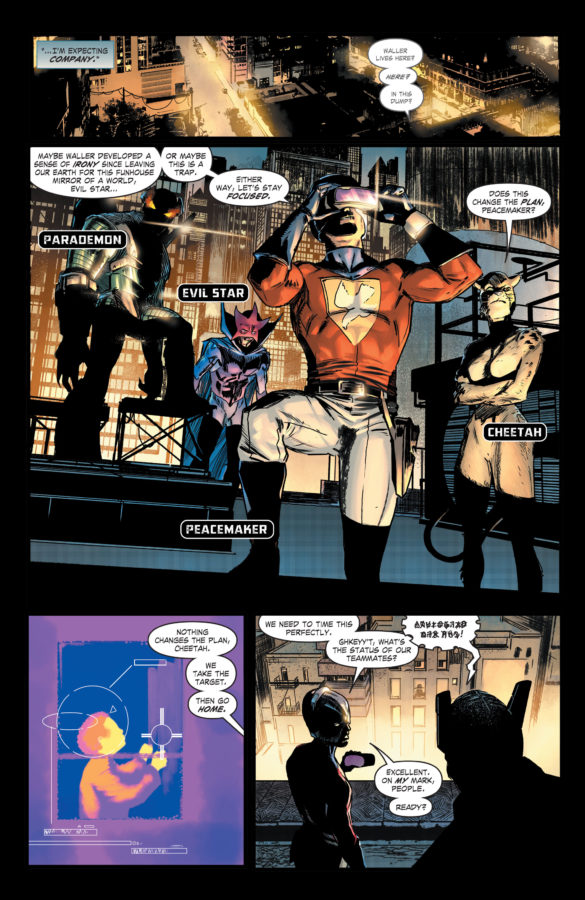 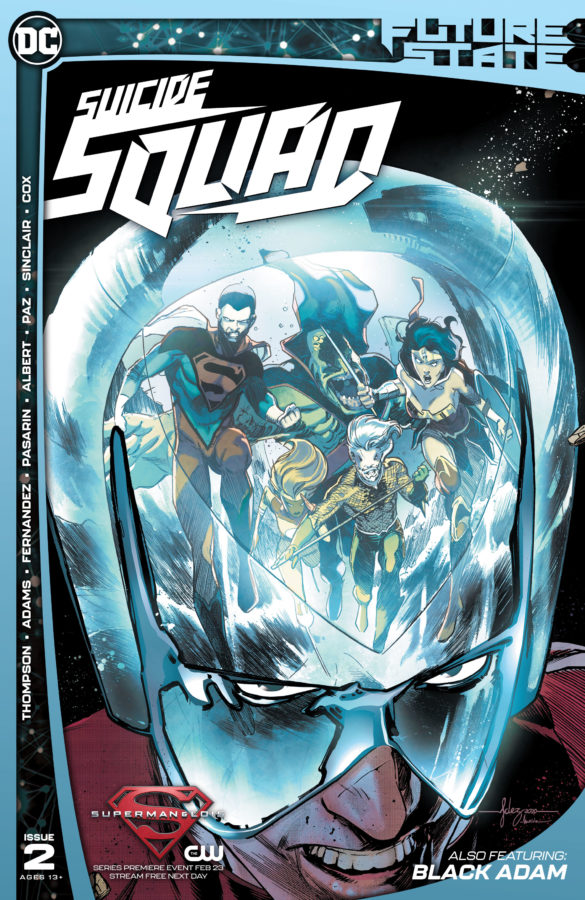 The art in this book is wonderful. Javier Fernandez is a top level talent within DC Comics, and his skill set is put to good use right here. The sheer amount of different characters within the pages gives him a sizeable sandbox to play in, and to showcase his versatility with. Characters of all shapes and sizes all get a moment in the sun here; whether delivering heartfelt dialogue, or engaging in slobberknocker fights, Fernandez can do it all and more. Whatever your bag is when it comes to art, you’ll most probably find something to tickle your fancy here. Particular kudos must go to the fight scenes on offer, as each punch feels so real, so painful, and so full on, that the reader can’t help but feel every blow.

As with issue #1, we also get a bonus story here, concluding the Black Adam story line that debuted there. Again, a lot is packed into these pages. Journeys across time and space, descendants of classic characters, and titanic clashes aplenty. The ending, whilst somewhat tragic, feels very true to the character, and his journey throughout the years. As Adam has always straddled the line between villain and anti-hero, to give him a happy ending might not be deserved, so what we get here feels right and, crucially, leaves the door ajar for revisiting the character in this timeline, which I genuinely hope happens. Not just for Teth Adam, but for the Future State era in general.

Future State – Suicide Squad ‘#2 is a great end to this particular era of “Task Force Next”. Robbie Thompson and the creative team have produced a two issue run that, when at its best, hits the heights that one would hope for from a Suicide Squad book.

Managing to avoid feeling like a rehash of adventures past, yet still being somewhat authentic, this is a run that any fans of the titular team should try and pick up, if they can. Squad members come and go, but the quality remains the same. With Ms. Waller pulling the strings for our entertainment, would you expect anything less?