At DC FanDome, after a dry spell of mainline console games based on DC characters (Injustice 2 aside), gamers rejoiced when Warner Bros. Interactive Entertainment officially announced two massive games, one of which remained firmly planted within the Batman mythos. Warner Bros. Montréal, developer of Batman: Arkham Origins, unveiled Gotham Knights, a new video game centered around the Batfamily. While we received a trailer and a gameplay video, we only learned of a release window of 2021. However, it seems that the Gotham Knights release date may have surfaced online.

A United Kingdom-based video game retailer recently listed a release date of July 31 for the PlayStation 5 version of the Gotham Knights. 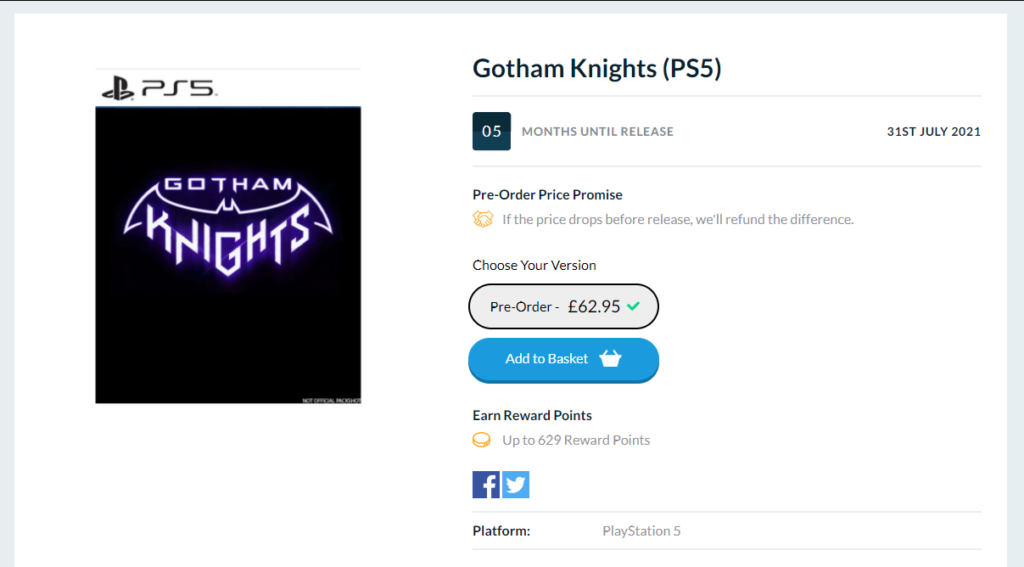 Over the years, larger publishers have started phasing out regional releases in favor of worldwide releases. It prevents any confusion and piracy from occurring between the different markets. Release days also tend to vary by region, so worldwide release dates don’t always fall on the same day of the week, but it looks like the industry seems to be shifting toward Friday releases. Being that July 31 is a Saturday, I’m taking this release date with a grain of salt and firmly planting it in the rumor category. Even if WB opted for regional releases, the UK has generally favored Friday releases, so this date remains dubious.

At the moment, WB has not confirmed the Gotham Knights release date. However, we do know it should be coming this year. Typically, while we’re in the transitional period of console generations, new titles are released on last-generation consoles (Xbox One and PS4) first with the newer consoles (Xbox X/S and PS5) coming out afterward.

Are you excited about Gotham Knights? Let us know.