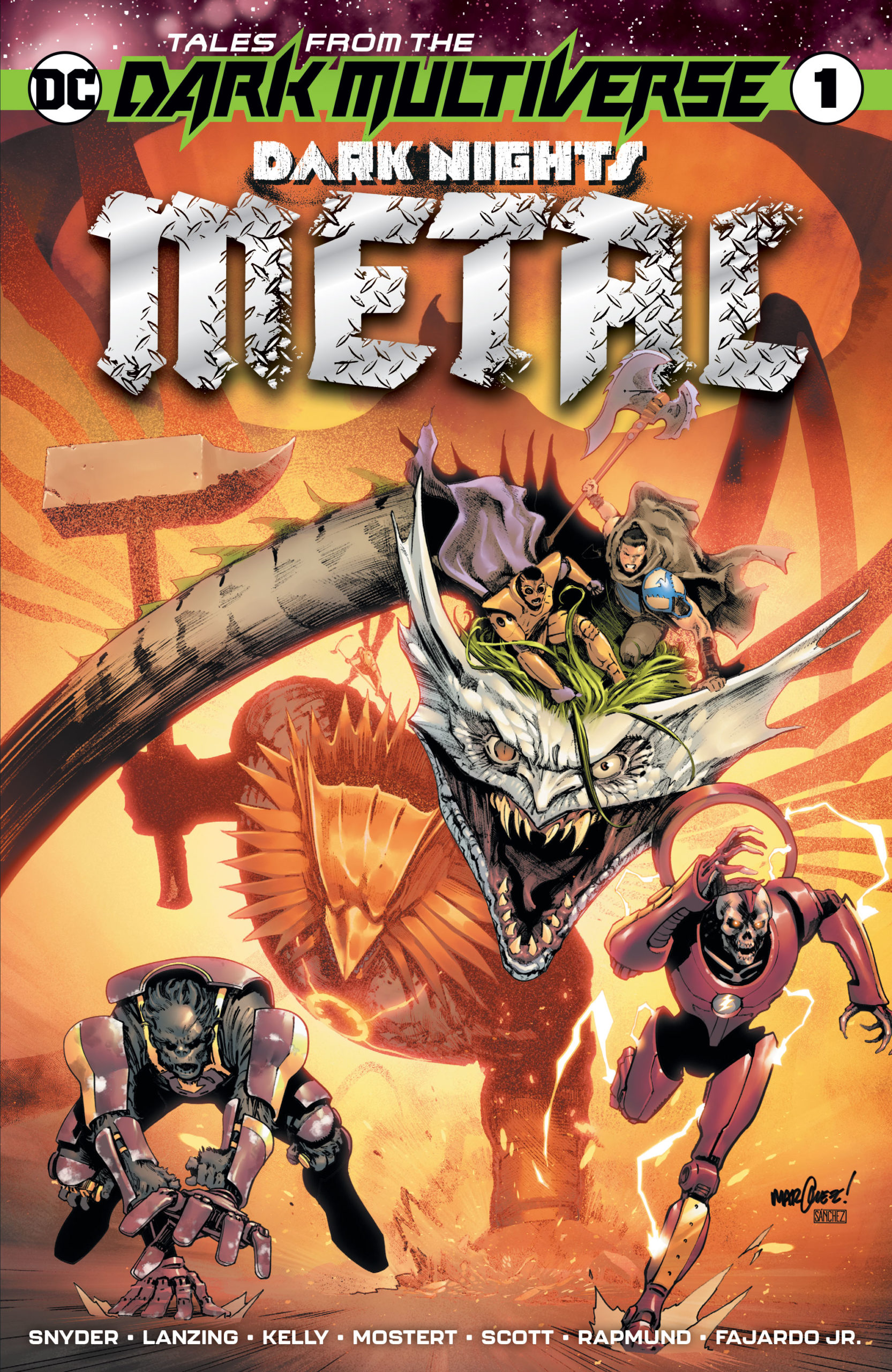 Following on from all the recent, brilliant, twisted takes on DC Comics’ greatest epics, Tales From The Dark Multiverse – Dark Nights: Metal revisits the first Metal event, Joker Dragons and all. Hang on to your hats, because, like its predecessors, this story is one wild ride!

The original Metal event from DC Comics did many great, and amazing things. It unified elements from Grant Morrison’s legendary Batman run with Scott Snyder’s own epic tenure on the book. It saw the destruction of the Source Wall, and the beginning of the Age of Heroes. It unleashed the fury of the Dark Multiverse on the heroic universes populated by our favorite DC heroes, and saw the rise of Perpetua, and The Batman Who Laughs. Back in 2017 this epic mini series sent shockwaves through DC that are still being felt today.

Sadly, not all of the seeds sown by the tale bore fruit, and one of those seeds really deserved more. I’m talking about Duke Thomas, The Signal. If there’s one thing that Tales From The Dark Multiverse – Dark Nights: Metal does beautifully, it’s that it redresses that issue. Apart from one three-issue mini series, and membership in Batman’s latest incarnation of The Outsiders poor old Duke was never really given his time in the sun. With this terrific one-shot, writers Scott Snyder, Jackson Lanzing, and Colin Kelly give us Duke’s finest hour. I know that this may not be “our” Signal, but it certainly gives us all a look at just how awesome a character he is, and what an incredible hero he has the potential of becoming. 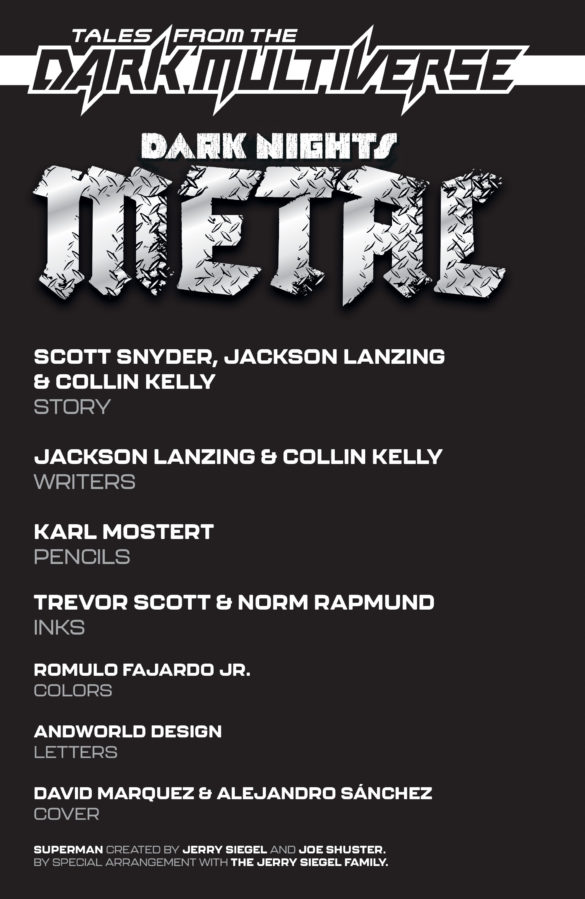 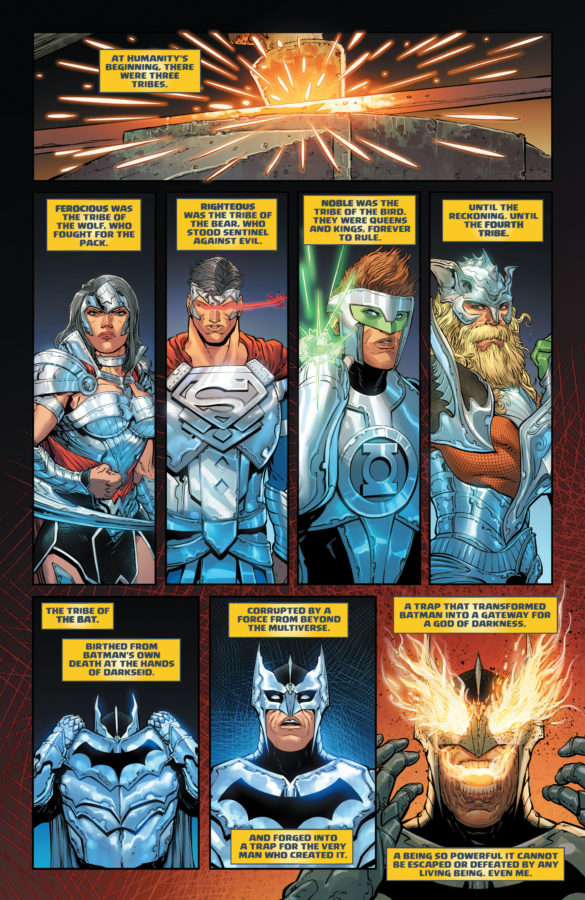 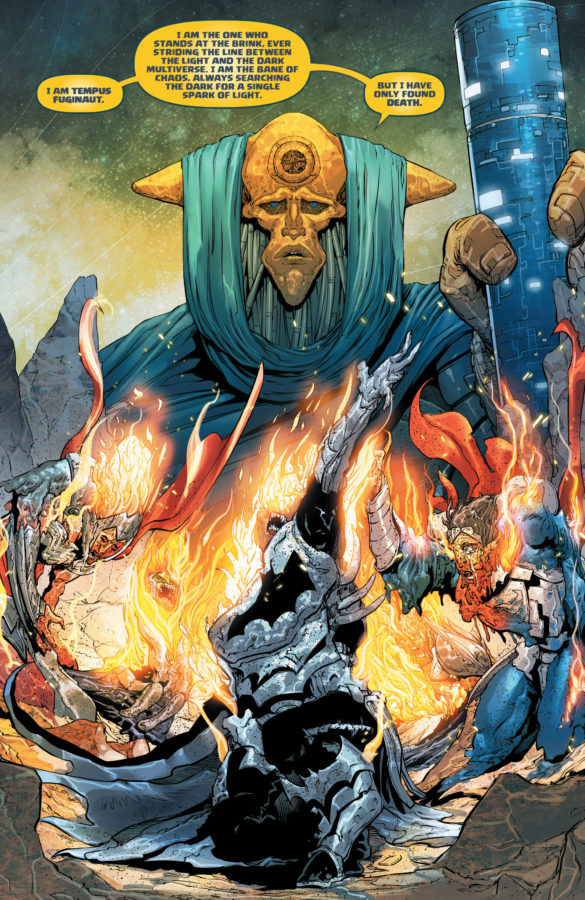 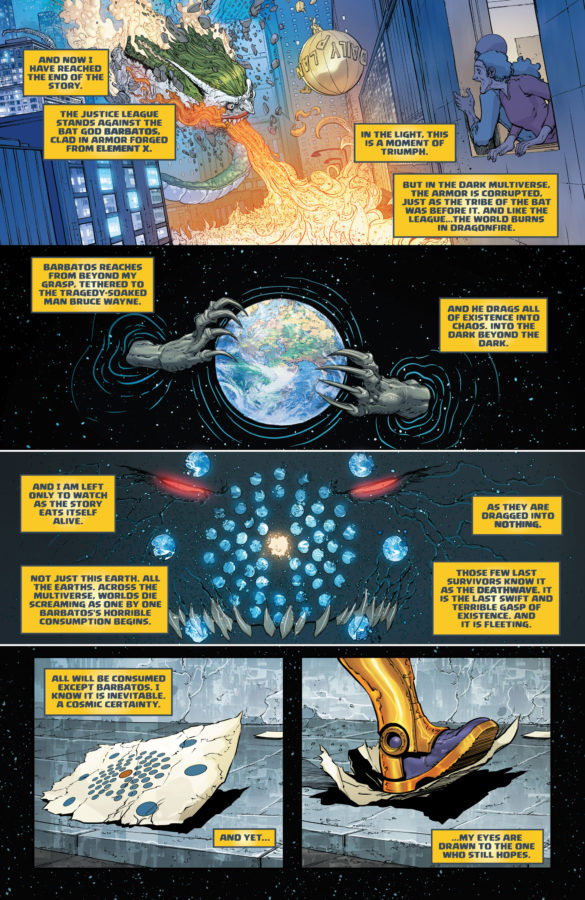 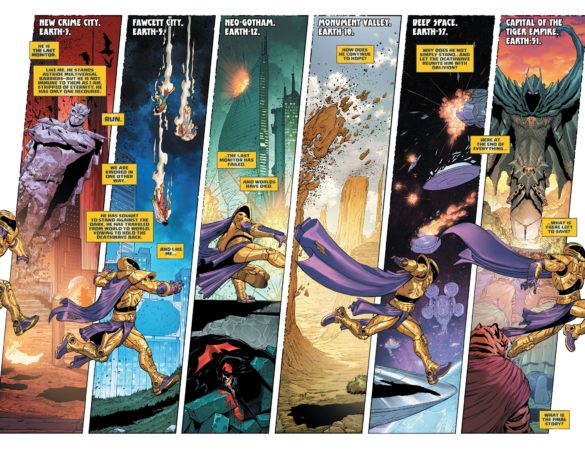 Mostert On The Side

Oh, man… it’s so great seeing Karl Mostert’s art again. Karl absolutely won me over with his exceptional work on the brilliant DCeased: Unkillables mini-series. This book is gorgeous too, despite the horrific content. Karl is ably abetted by the brilliant Trevor Scott and Norm Rapmund on this issue, and they deliver a book that fits aesthetically with the classic Metal issues, but is also totally brand new. Great facial expressions, outlandish action, monsters, heroes, fire and brimstone… this issue has it all. Bravo, gentlemen!

Romulo Fajardo Jr. and AndWorld Design excel with their art also. The colors and letters on this book are as phenomenal as the script and line-art. The flow of the story is perfect, and really keeps the eyes following the action. Check out the gorgeous preview art DC provided for this review, above. This is lovely stuff.

All of the Dark Multiverse specials have been good or great, and this volume is no exception. It’s really cool that we’re getting this glimpse into what could have been, just as the exceptional sequel series, Dark Nights: Death Metal, is drawing to a close. This book is totally rock and roll, in every way possible. Where else would we see mullet Nightwing with an electric guitar that doubles as an axe? It’s awesome!

Vintage characters shine, new characters get their moments in the sun, and a great time is had by all. We see some of the greatest characters of all at their darkest, but we also get to see the ultimate, indomitable power of hope. This is a classic comic, with all the trimmings.