Though it was originally perceived as dark and gritty, I don’t believe that Tim Burton’s Batman has aged well. These days, with Christopher Nolan’s Dark Knight trilogy, it’s easy to see now that Burton’s take was quite camp. Granted, it wasn’t as fabulous as the 1966 Batman TV series, or Joel Schumacher’s Batman Forever and Batman & Robin, but it was camp, nonetheless. Somehow it got even campier from there, as Burton continued the trend in Batman Returns. This is where we met Danny DeVito’s Penguin, and Michelle Pfeiffer’s Catwoman. Until we see Matt Reeves’ The Batman, Burton’s take still gave us the best cinematic incarnations of either villain. So, to honor Pfeiffer’s take on the femme fatale, Sideshow Collectibles has put up a Batman Returns Catwoman Art Scale statue up for pre-order.

A new addition to their line of Art Scale statues, this one definitely lives up to its name. It’s very much a work of art, as it bears an incredibly striking resemblance to Michelle Pfeiffer’s Catwoman. This is definitely a piece to display proudly in your home because of how breathtaking it is.

Honestly, when I first clicked the page to see the statue, my jaw dropped and I was completely blown away. It looks so lifelike that I wouldn’t be surprised if it stood up, walked over to you, and meowed. From the glossy finish of her leather outfit, to the colors and sculpt of her face, it’s perfection. Even now, after having some time to examine it even further, I’m still floored by closely it resembles Pfeiffer.

My words will not be able to do it justice, so take a look at the photos below: 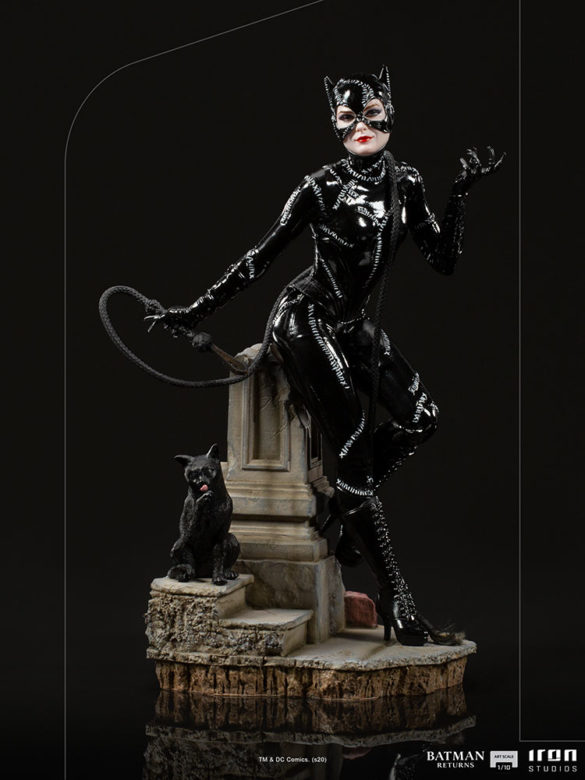 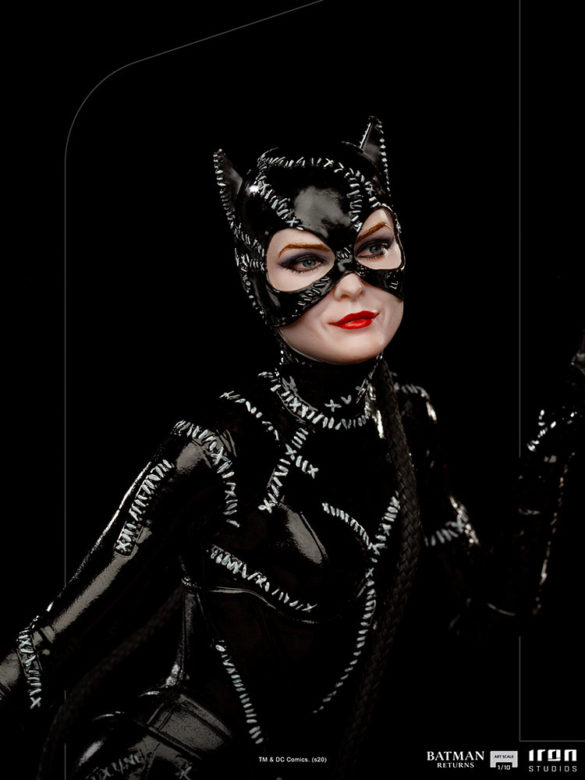 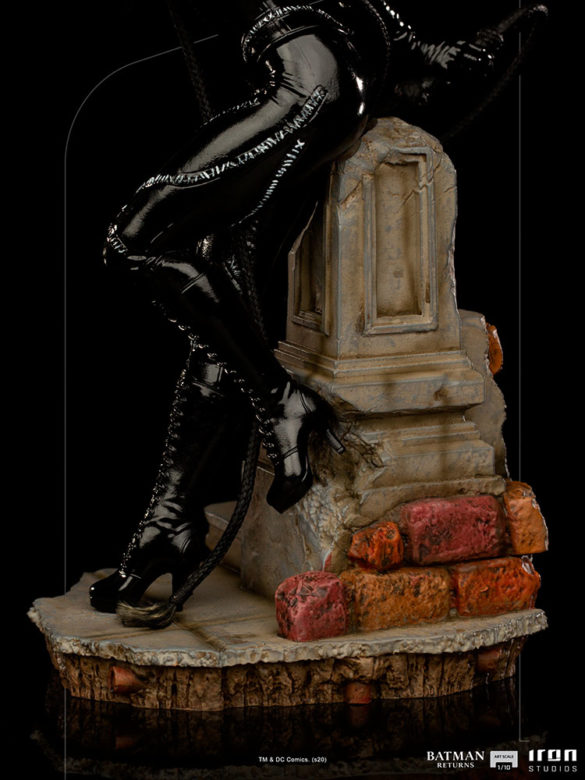 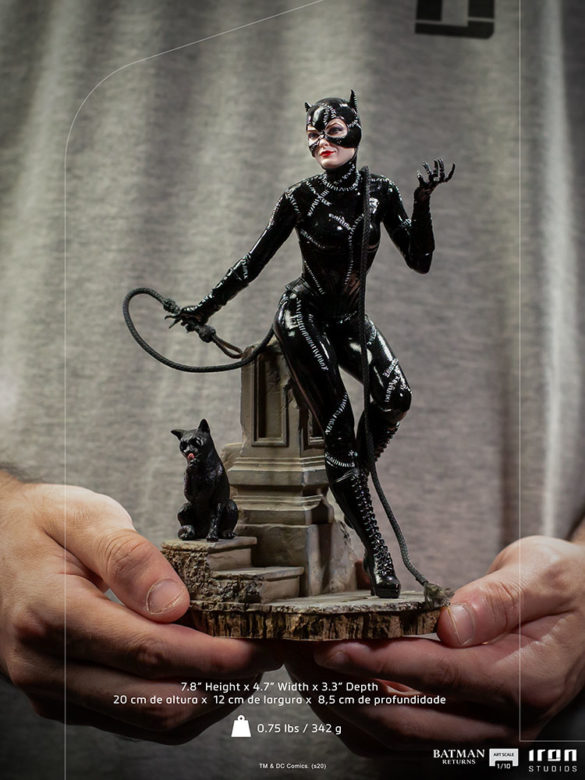 Check out the fine print below:

Sideshow and Iron Studios present the latest from the Art Scale 1:10 line – the Catwoman Statue! Based on the likeness of Michelle Pfeiffer as Catwoman in Batman Returns, this polystone statue is hand-painted and limited edition.

The classic Catwoman from the big screen of the 90’s get’s her first version by Iron Studios!

Wielding her whip, the mysterious black masked figure, dressed in a uniform all sewn on sticky vinyl scraps, shows her metallic claws at the tips of her left hand fingers defiantly, supported on a base inspired by the historic and cold buildings of the gloomy Gotham City, with a black cat sitting on the steps of a stair beside her, posing as her mascot and ally. She is Selina Kyle, better known as Catwoman, masterfully played by Michelle Pfeiffer in the classic film Batman Returns directed by Tim Burton.

In the film, once a beautiful but lonely and frustrated secretary, when she discovers the plans for a plot by her boss, a tycoon named Max Shreck, to drain Gotham’s energy, Selina is pushed out of a window by Shreck to silence her, but the fall is cushioned by several awnings. Awakened by several cats after passing out in the fall and having a concussion, she suffers a psychotic breakdown and ends up creating her costume and assuming the identity of the feline villain.

DC Comics fans, don’t miss your chance to add Catwoman to your collection!

The Batman Returns Catwoman Art Scale statue is available for pre-order for $140. It’s expected to ship out in the first quarter of 2022. It’s a bit of a long wait, but it makes sense considering how gorgeous this statue is. And that price is totally justified for what you’re getting. Be sure to pre-order at Sideshow Collectibles.

What do you think? A beautiful piece, or a total bust? Let me know.

Did you know that Michelle Pfeiffer managed to nab that Catwoman whip, and she’s confirmed earlier this year that she still has it! That’s pretty cool.