Current ‘Catwoman’ Team To Return to Title After ‘Future State’

We Pause For a Word From Future State…

DC’s Catwoman ongoing title will return to its current volume following the upcoming Future State event, which will suspend the publisher’s regular line in January and February 2021, for a series of flash-forward titles that show off some possible futures for the DC Universe.

Though some titles will reboot, or relaunch with new creative teams or volumes following Future State, Catwoman will pick back up with #29 from series writer Ram V and artist Fernando Blanco, who will bring Selina Kyle back to the neighborhood of Alleytown – and potentially back into the company of Edward Nygma, the Riddler. 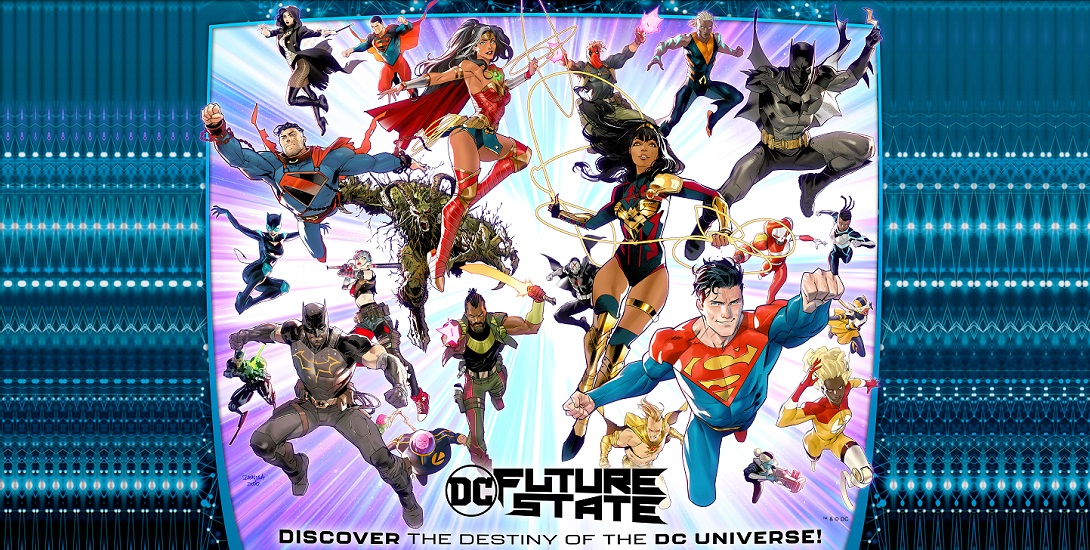 Riddle Me This Catwoman!

So far, Selina Kyle’s ambitious plan to gain control of Alleytown has been going purrfectly, but she’s about to run headlong into a brand-new foe – and pass right through them…?

Riddle us this, Catwoman! What do the Khadym Mob, a non-corporeal assassin, and Poison Ivy have in common, and when it comes to solving riddles, there’s only one person she can go to, no matter how much she hates the idea.

DC Future State will run through January and February and will be  introducing a host of new characters, taking up the mantles of DC’s greatest heroes. They’ll include a new Batman, a new Wonder Woman, and more. Additionally, characters like Superman, Bruce Wayne, and Diana of Themyscira will receive new future status quos that turn their current stories on their heads.

While some characters will be introduced in the contemporary DC Universe following Future State, other titles, such as Catwoman, will return to their current numbering and creative teams.

Writer Ram V and artist Fernando Blanco have reinvigorated the Catwoman comic, providing fans with new villains such as Father Valley. Fernando Blanco has given a new perspective to Alleytown with landscapes that tell a story all on their own.

It’s great news that these two will be continuing together, as Selina and Bruce’s “one year” time out gives time for plenty of mew Catwoman adventures to be imagined!

Infinite Frontier Will Introduce Next Phase Of The DC Universe