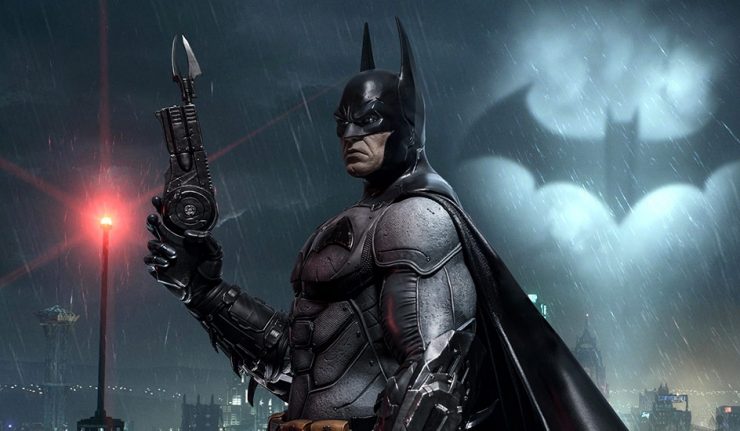 Another week, another Sideshow Collectible, as the company present the Batman Batsuit V7.43 statue.  Based on the award winning Batman: Arkham Knight videogame, Sideshow have come up trumps again. The piece comes in two versions, a ‘Collectors’ Edition and an ‘Exclusive’ Edition. The Exclusive Edition differs in that it comes with Batman holding both a Batarang, and a Grappling Hook.

“Gotham needs something more, something… worse to defend her. She needs a new myth, a legend more powerful than I can be right now. A legend that can only rise from the ashes of the Batman.”

Sideshow and Prime 1 Studio are proud to present the latest addition to the timeless Museum Masterline Series! A return to the original – Batman, in Batsuit version 7.43 from the multi-award-winning action/adventure video game Batman: Arkham Knight!

The Dark Knight is back once again! This time defending Gotham from his deadliest foes, including the mysterious Arkham Knight. This video game has been renowned for its revolutionary combat system and amazing open-world gameplay. It has touched the hearts of Batman fans from across the globe and its inspiration has driven Prime 1 Studio to create many character statues in its honor; dating all the way back to their very first DC character, MMDC-01 Batman from the very same series.

Batman now comes to you in the V7.43 batsuit standing 33 inches tall upon a Gotham City-themed base, complete with gargoyles! This batsuit version was the main suit used in Batman: Arkham City and the very first suit shown in Arkham Knight. The presence of this suit flashes back to that iconic scene in the stunning introduction scene to the video game. 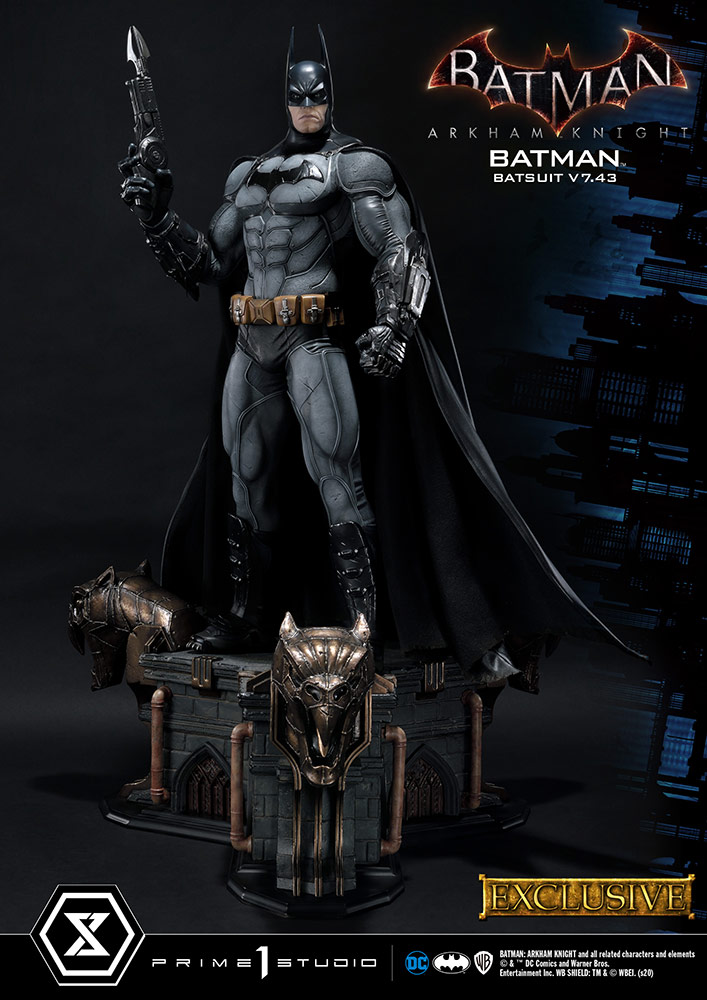 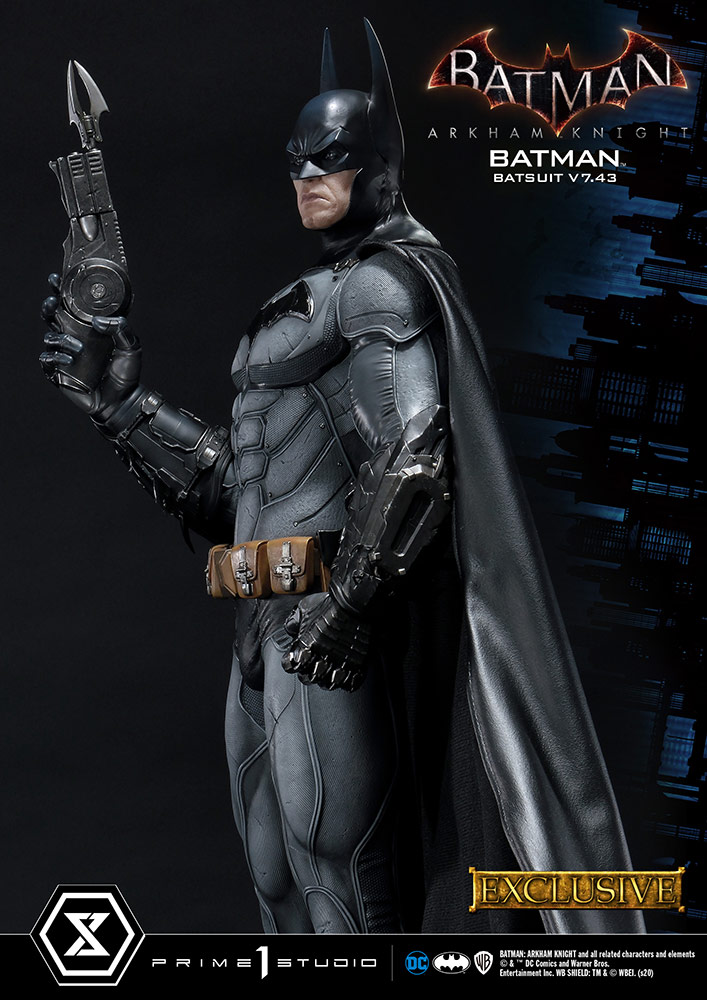 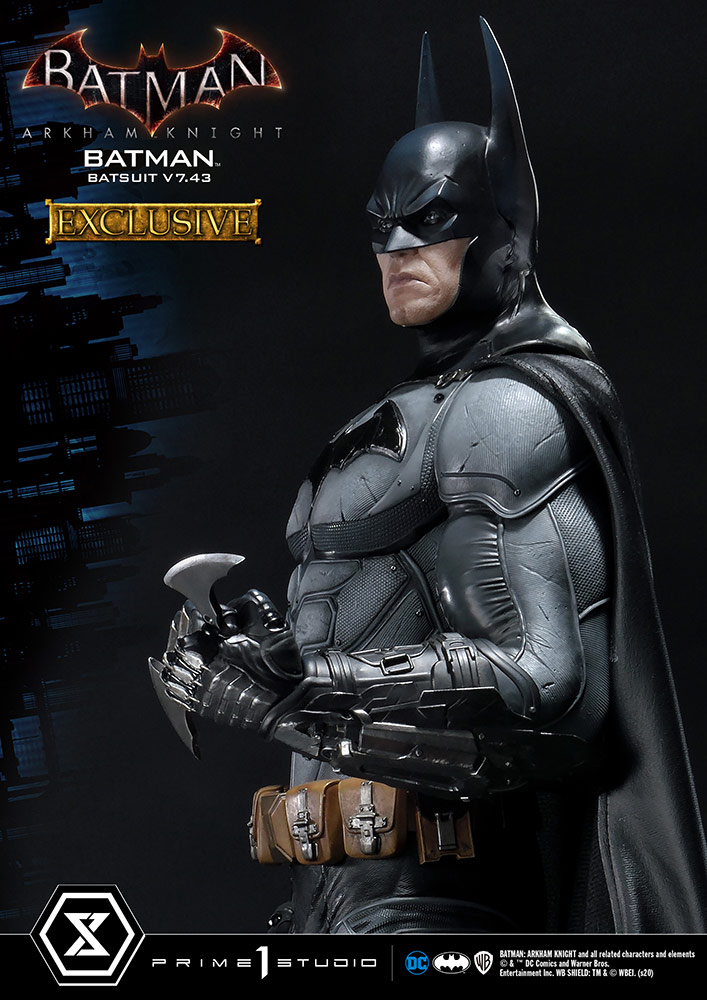 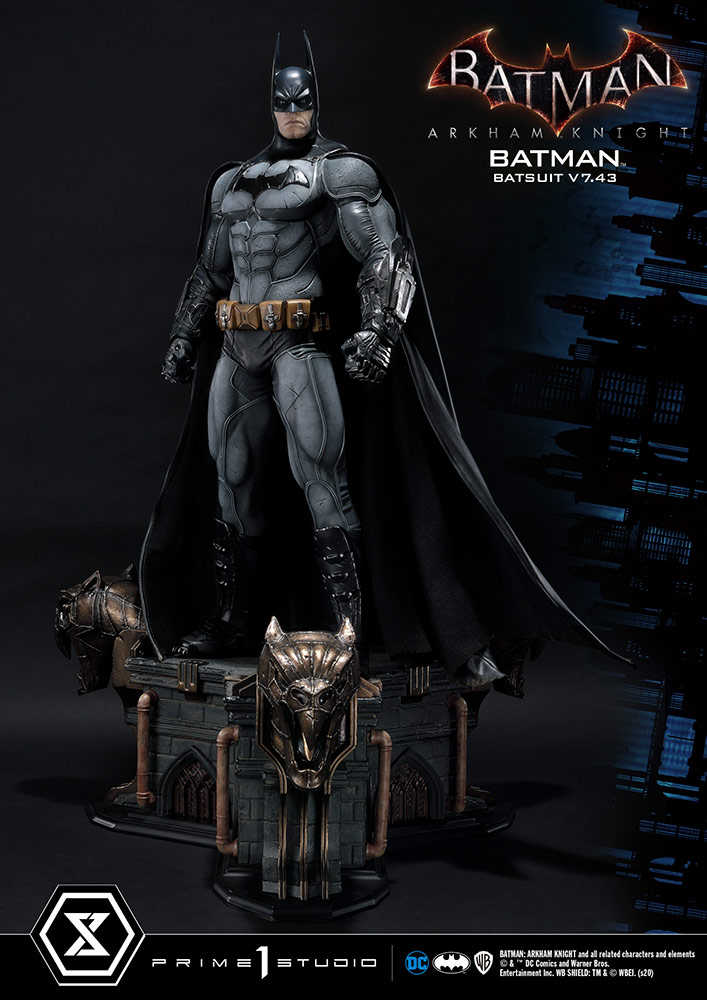 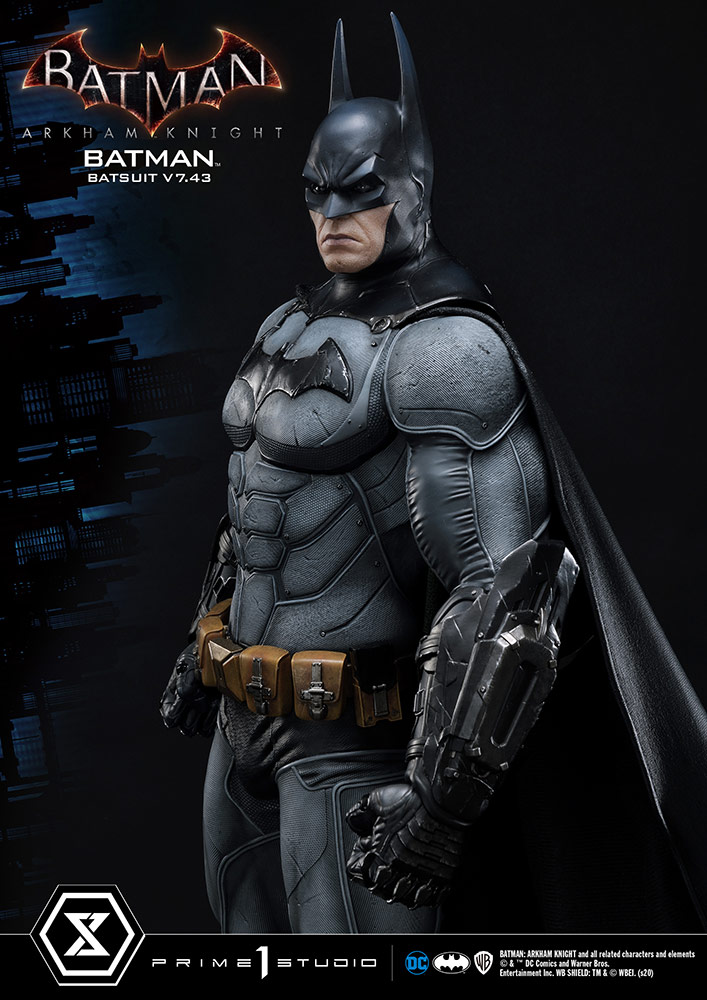 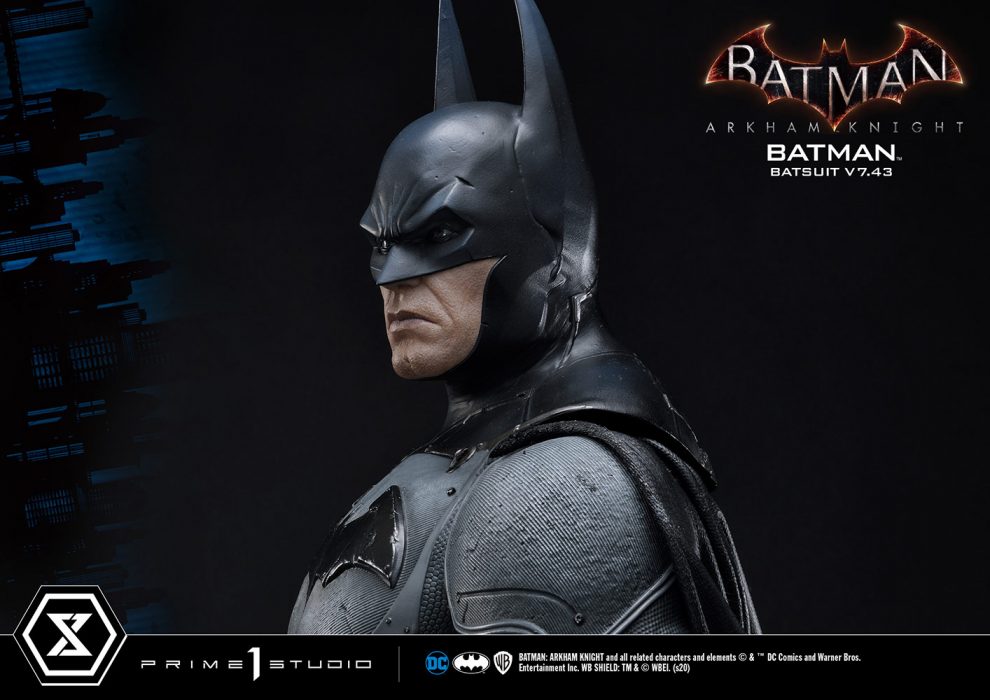 It was Prime 1 Studio’s mission to bring that heartfelt scene to you, immortalizing Batman once again for those who were not able to obtain the original. This time, presented in the highly aesthetic V7.43 Batsuit. With Next Level 3D modeling and the most precise attention to detail, we bring you the most video game accurate Batman Batsuit V7.43 statue on the market. An ageless classic and a must-have for Caped Crusader fans everywhere!

Don’t miss out to add this to your Arkham Collection.

While I’m not much of a gamer, it’s clear to see the attention to detail that’s been put in to the two editions of the statue. They would no doubt make wonderful additions to anyone’s collection.

The Batman Batsuit V7.43 statue is now available to pre-order on the Sideshow website. Both versions also come with a convenient, flexible payment option, and have an estimated arrival date of between April and October 2022.

Will you be adding this to your collection? Please let us know if so, or feel free to let us know your thoughts on initial viewing.