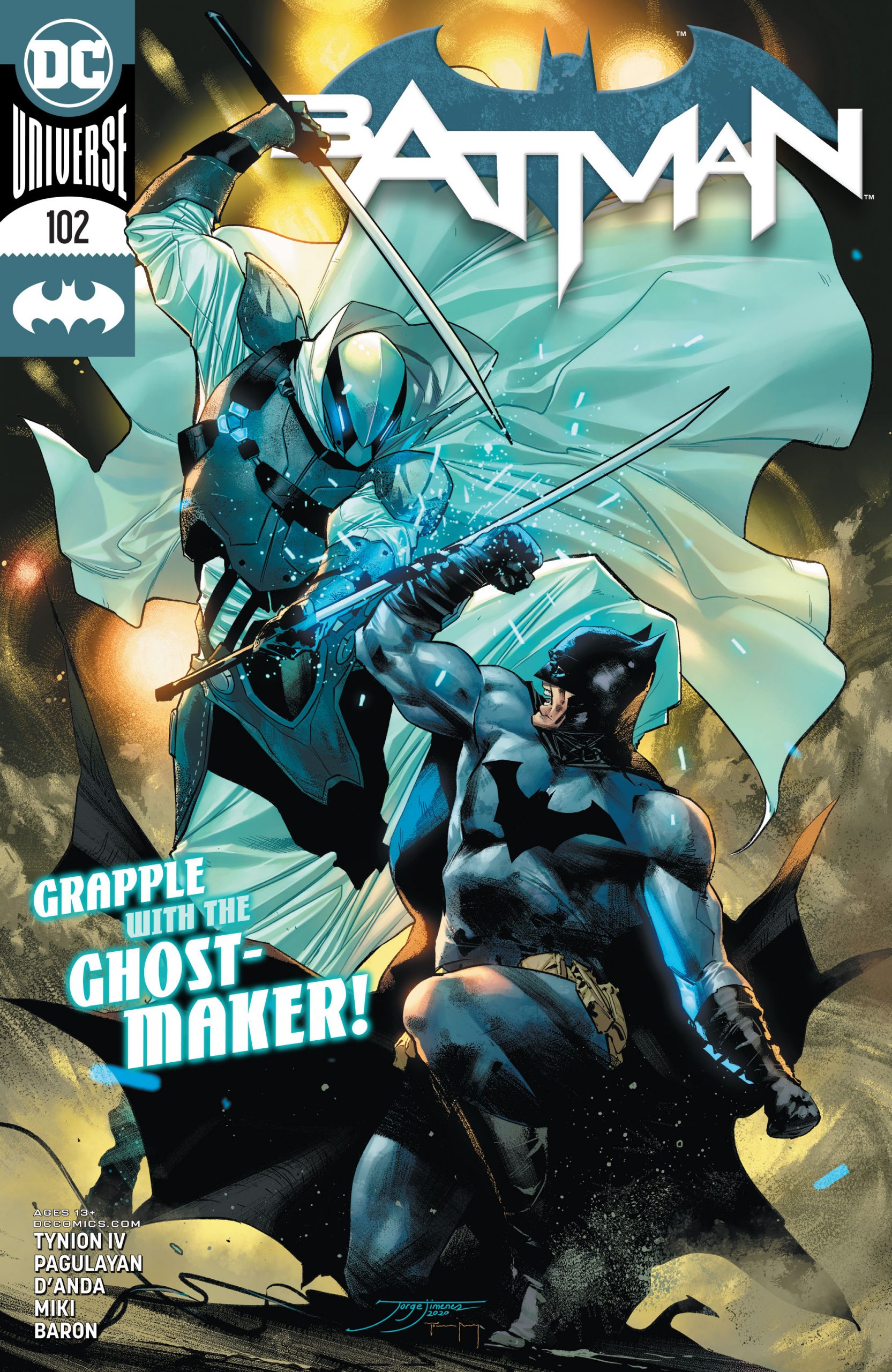 Batman #102 promises a new direction, and an entertaining adventure.

This issue features the official debut of the new villain Ghost-Maker. So far, he looks to be a promising addition to Batman’s rogues gallery. He’s a fellow vigilante who knows Batman from when they were still training, and it appears that he’s decided to take it upon himself to take Gotham from Batman’s control.

This is an interesting hook for a villain, as he’s both self-righteous, and indignant. Even more intriguing, he and Batman have this long-standing rivalry that’s gone on for decades. In an age where we have Bat-God, it’s refreshing to see another character call Batman out on his shortcomings. Writer James Tynion sets up a great dynamic between the Dark Knight and the Ghost-Maker.

Perhaps the biggest problem is how the conflict is centered around Clown Hunter. So far, this teen vigilante hasn’t been given much of a personality, so he seems to be more of a plot device than anything else. The inclusion of the character here doesn’t make me like him more. What’s worse, Batman has knowingly allowed Clown Hunter’s murderous ways to continue. At best it makes Batman look naive, at worse he’s an enormous hypocrite. 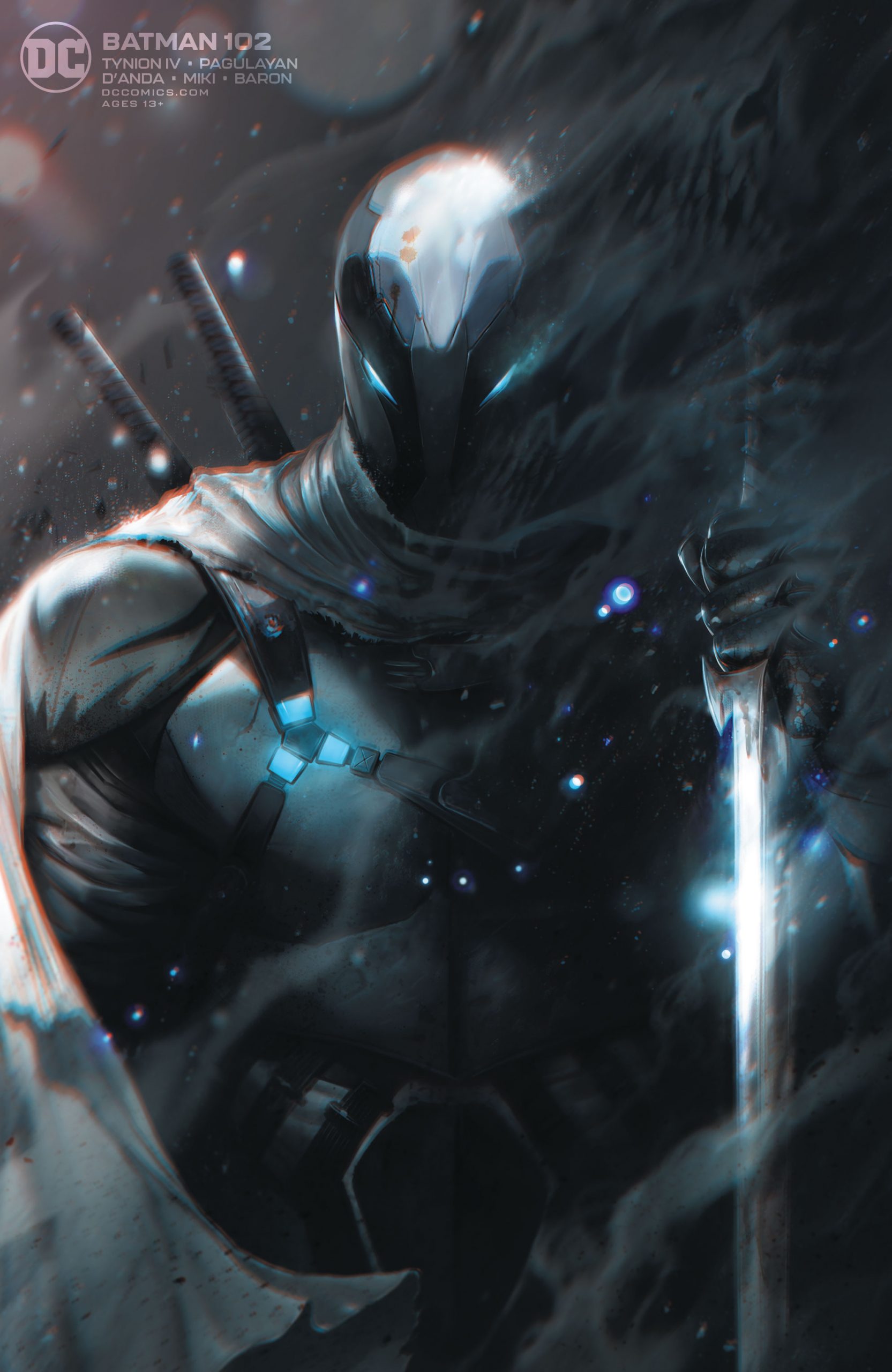 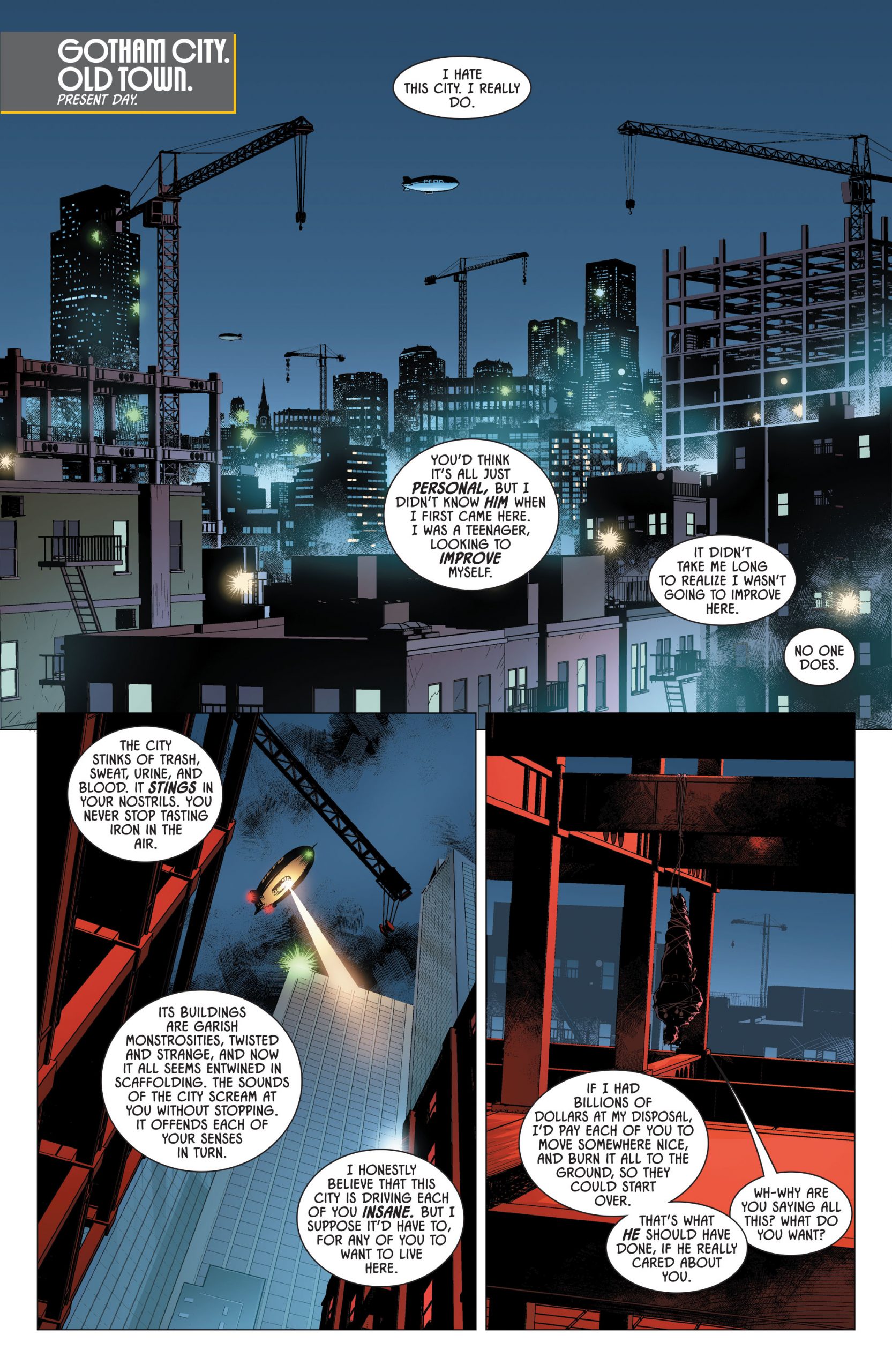 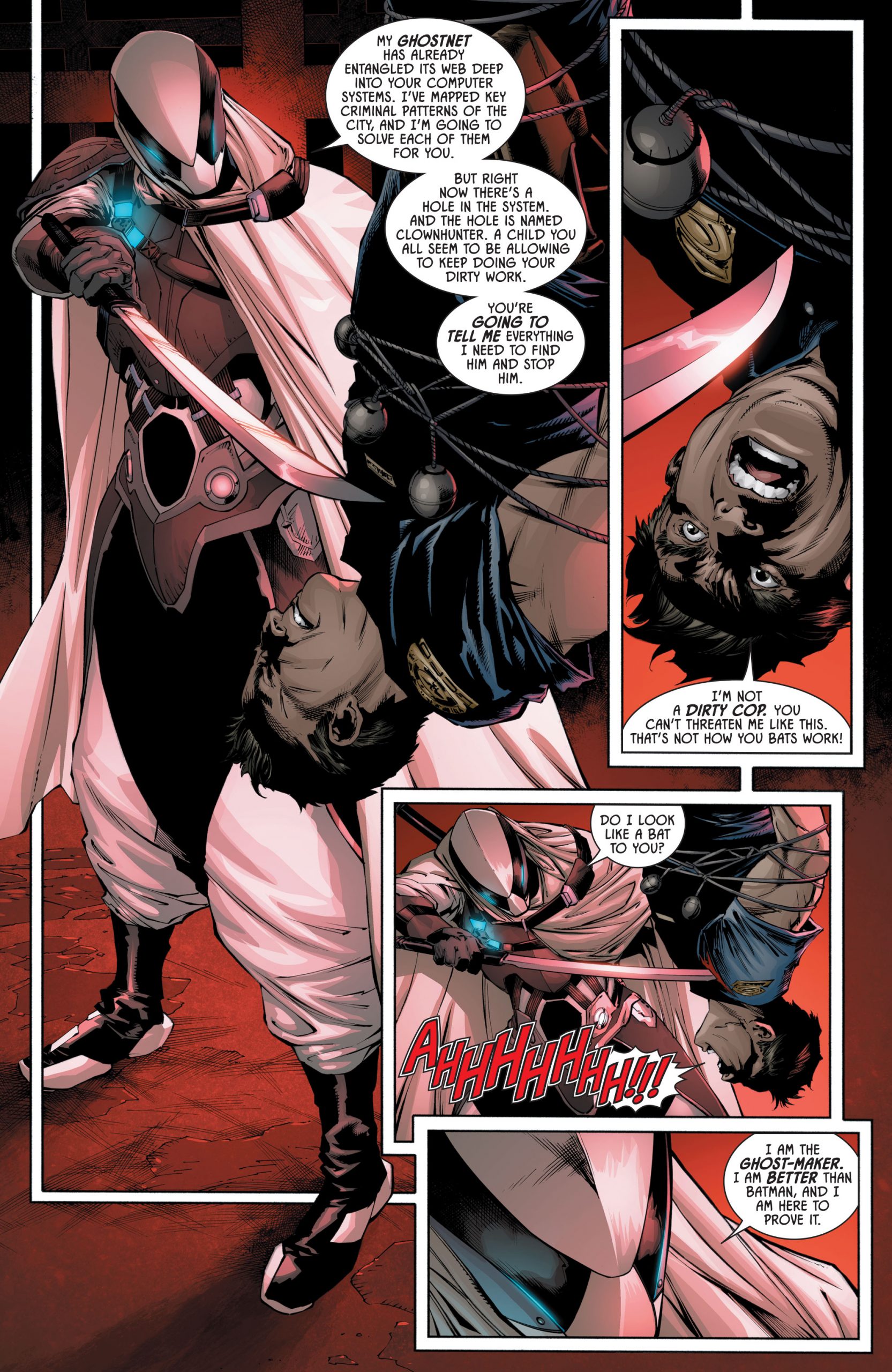 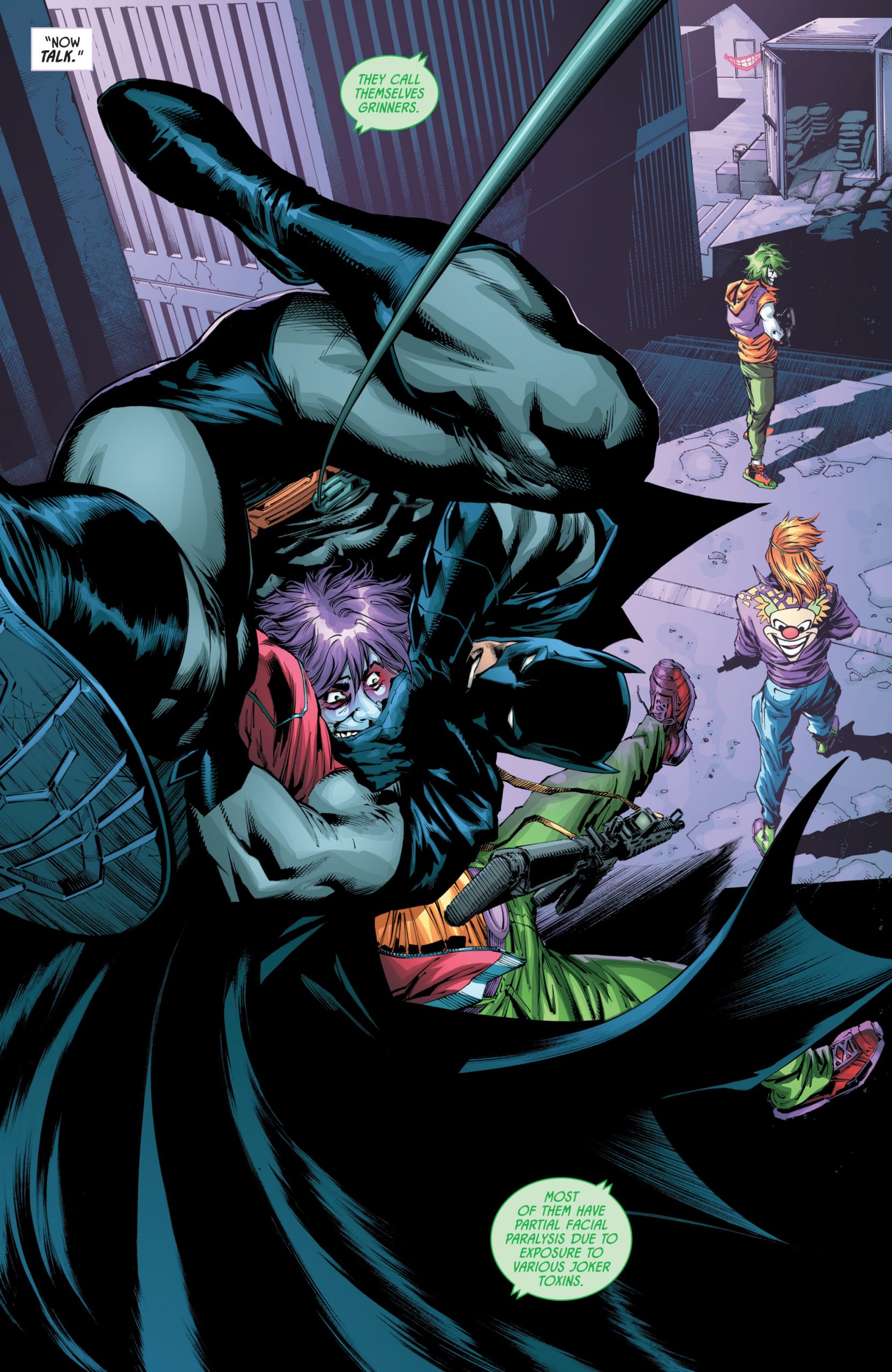 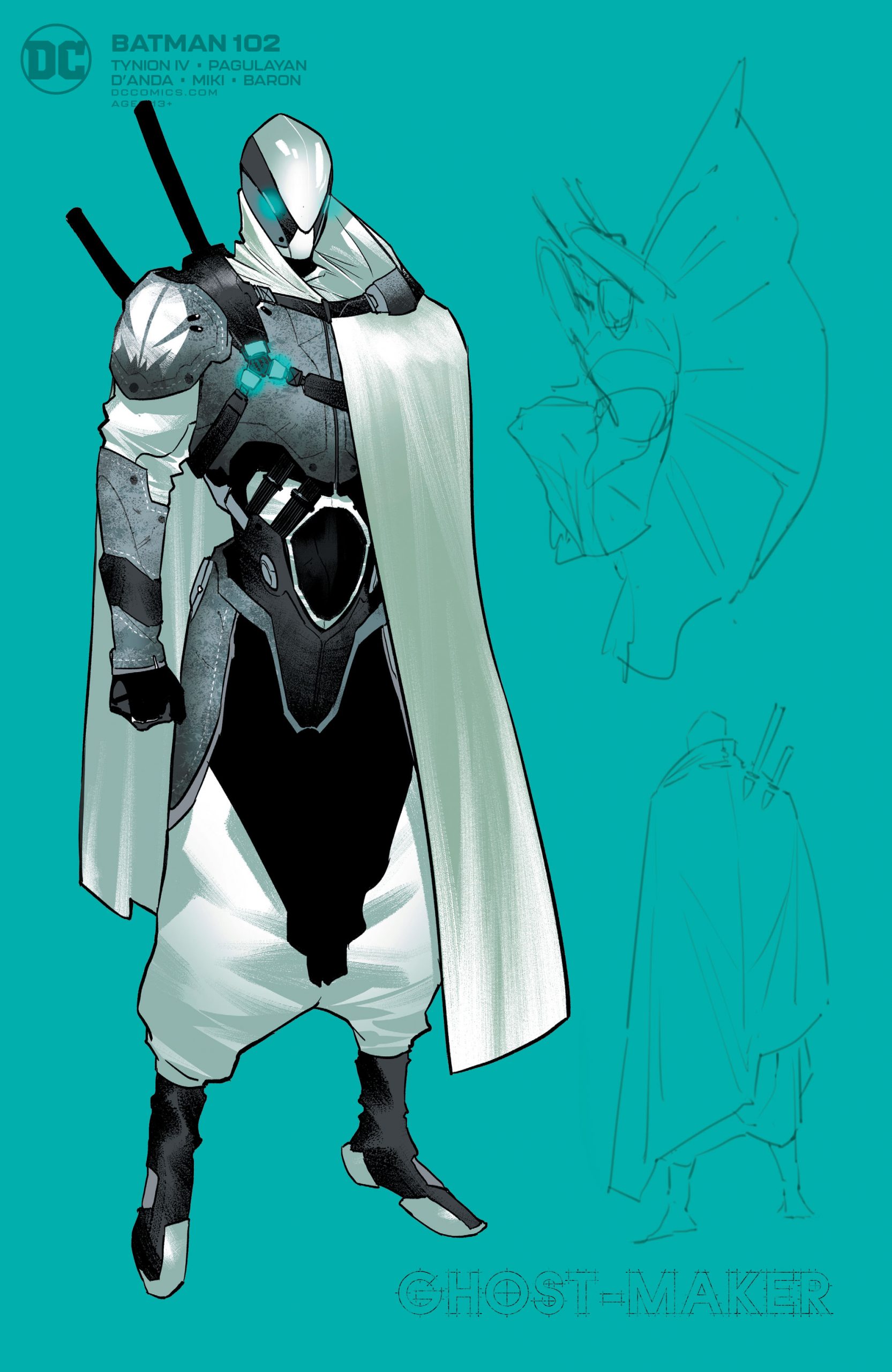 Similarly, we find out that Batman also allows Ghost-Maker – another murderous vigilante – to operate unopposed. For a guy who prides himself on a no-kill code, he seems to have given free rein to these two killers. It’s possible that Tynion is trying to set up a character arc examining Batman’s no-killing policy. If that’s the case, then I’ll be happy to retract my critiques.

I’ve mentioned previously that Tynion’s really good at coming up with fun ideas. Ghost-Maker is a fun, innovative idea. Another fun concept is the Grinner gang. These are former Joker victims that have turned to being crooks. It’s another logical conclusion, particularly given how many citizens had been exposed to Joker venom. I hope that the Grinners make a return appearance down the road.

The art team of Carlo Pagulayan and Carlos D’Anda are serviceable, but it’s definitely going to be difficult following up with amazing artists like Guillem March, or Jorge Jimenez. Comparing Pagulayan’s art to the others makes his visual experience seem a little flat. There’s nothing wrong with it, but it lacks March’s energy, or the kineticism of Jimenez. However, props to the editor for finding a secondary illustrator mid-way through the issue. Pagulayan and D’Anda’s styles are so similar, that it provides a seamless visual experience.

Batman #102 is a fun, breezy read. It checks all the marks of a good comic: a cool premise, and an interesting antagonist. It’s a fun adventure.