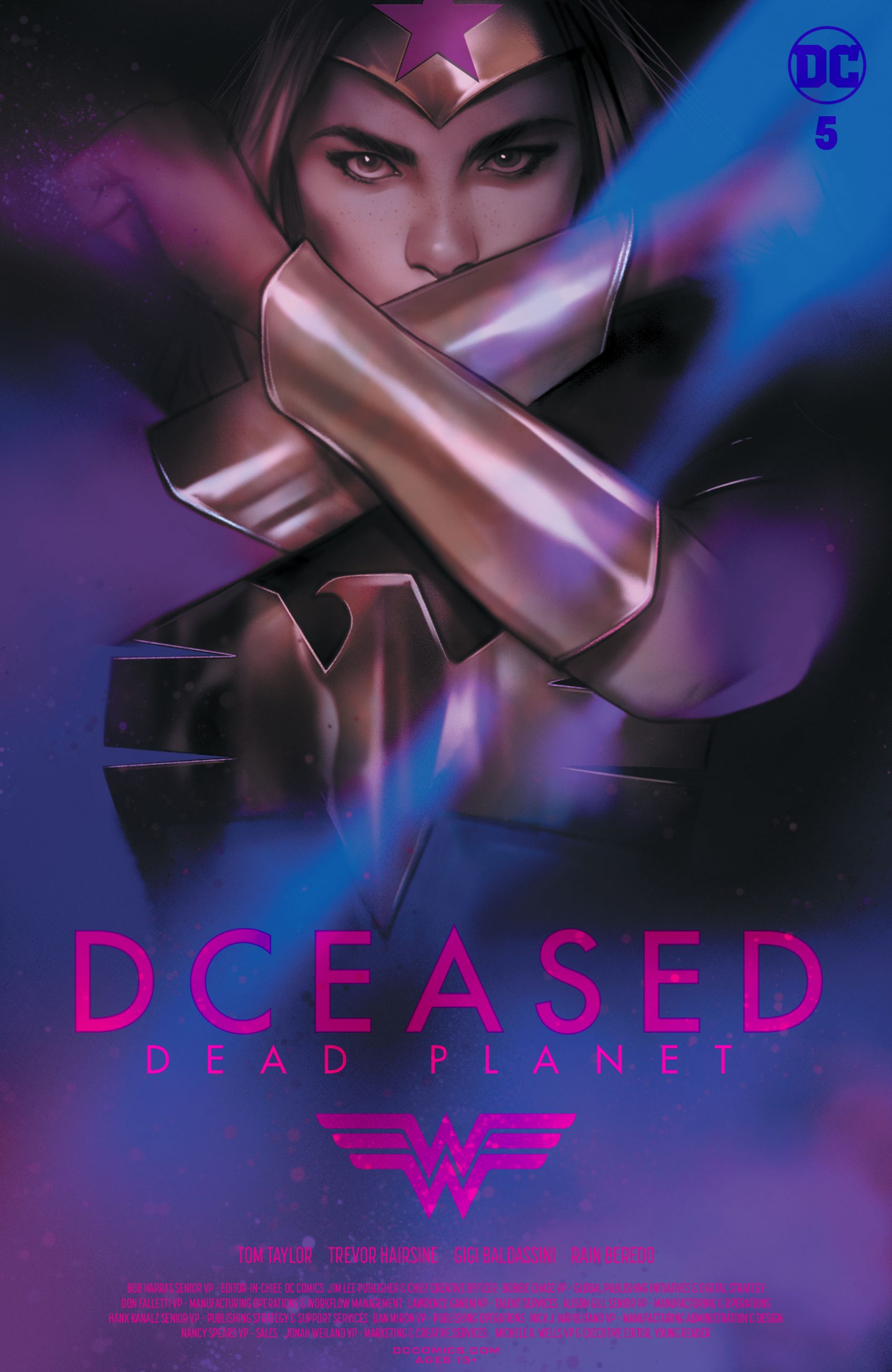 Wow. DCeased: Dead Planet #5 did a few things that really got my attention! Tom Taylor’s John Constantine is the one I used to read about when he first appeared in the pages of Swamp Thing, and his original vertigo title. This man really is a nasty piece of work… but for all the right reasons.

As we’ve come to expect from this series, we’re seeing DC’s greatest characters brilliantly written and drawn, but experiencing things that their “in continuity ” counterparts never have, and hopefully never will. Tom Taylor knows these people, as his current Constantine run clearly shows, but the version we get in this series is no less awesome. The Liverpudlian Warlock is at his conniving and manipulative best in this issue, which means that no-one is safe… apart from the world as we know it, if his plans succeed. 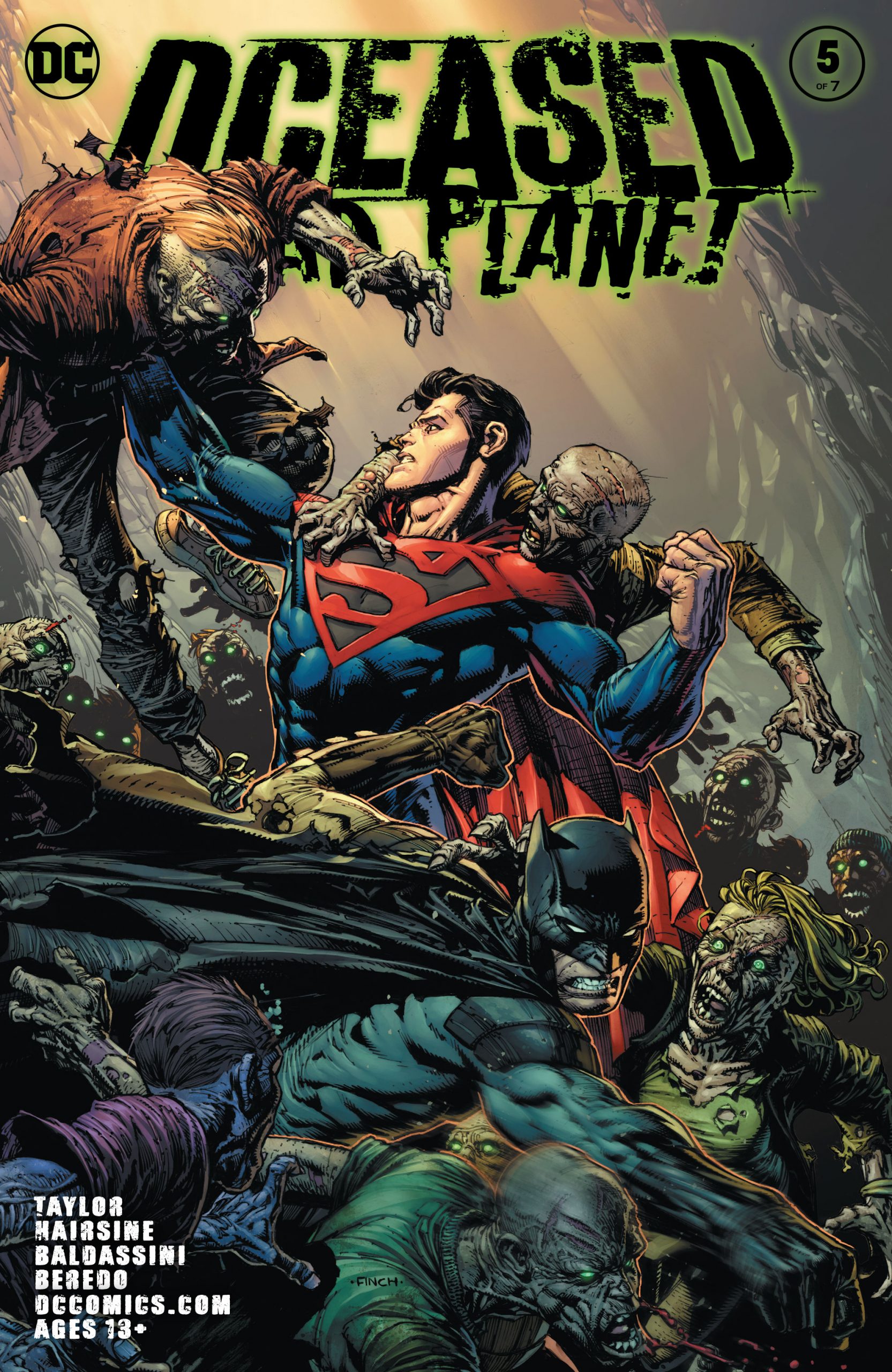 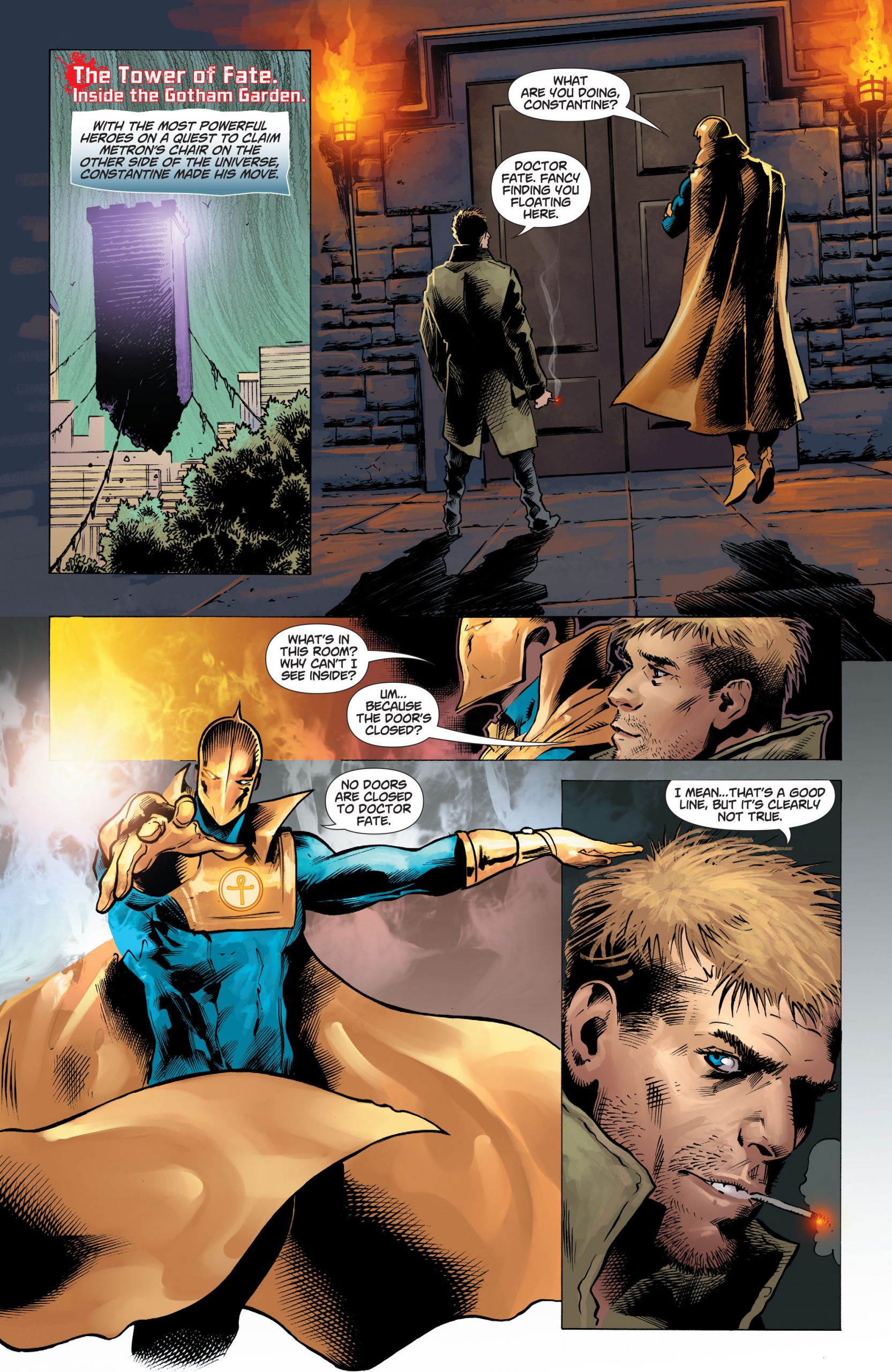 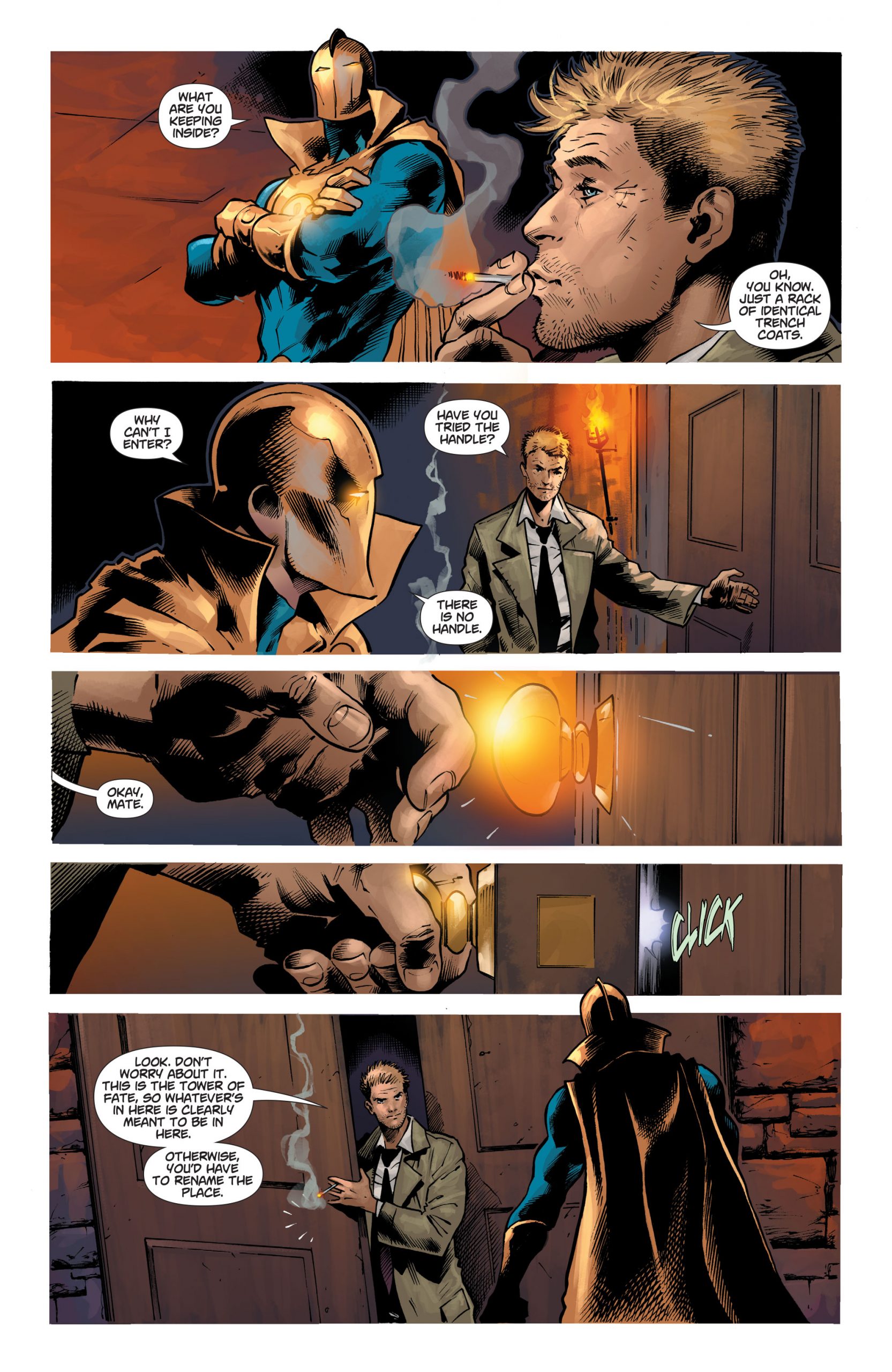 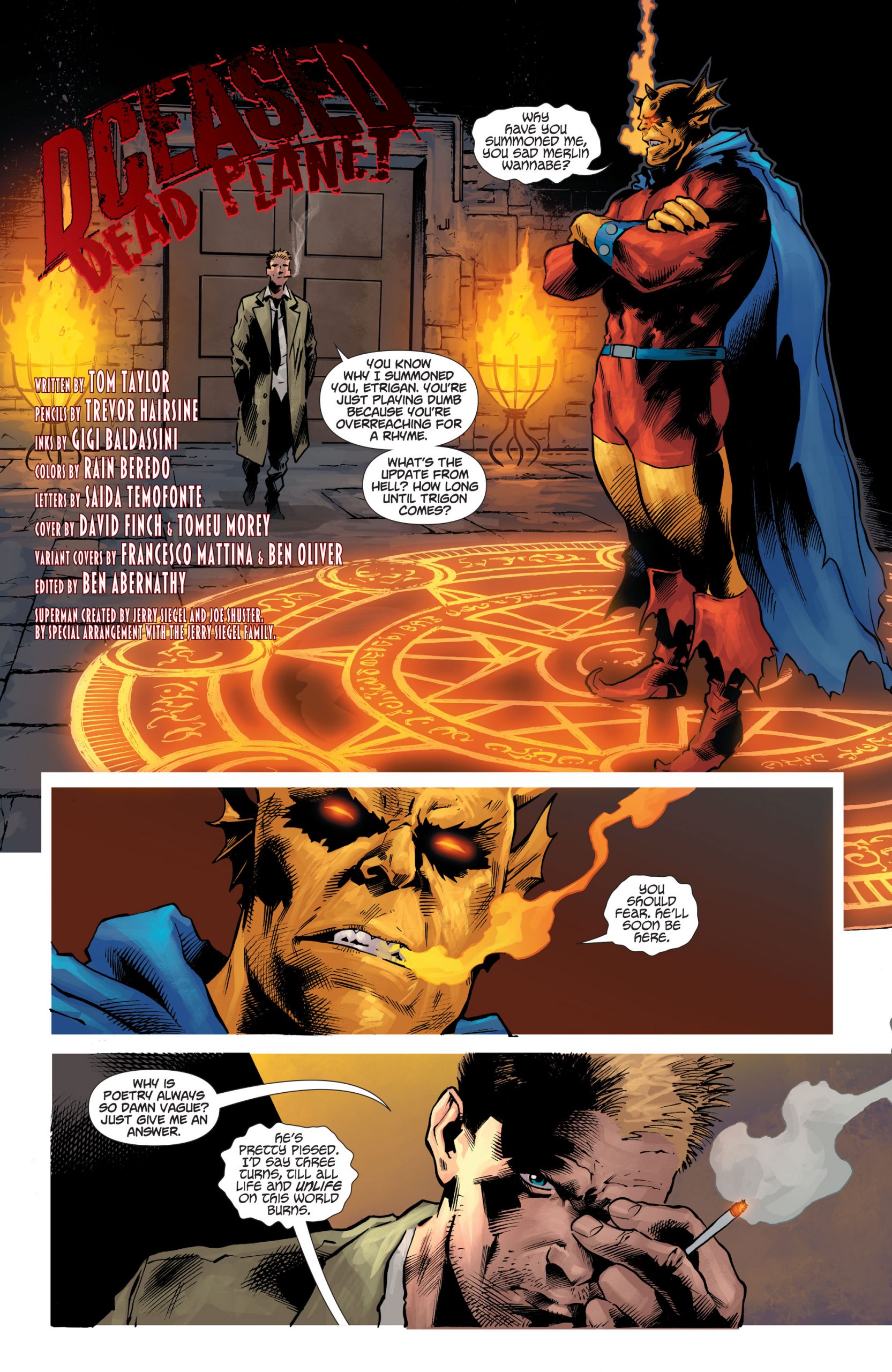 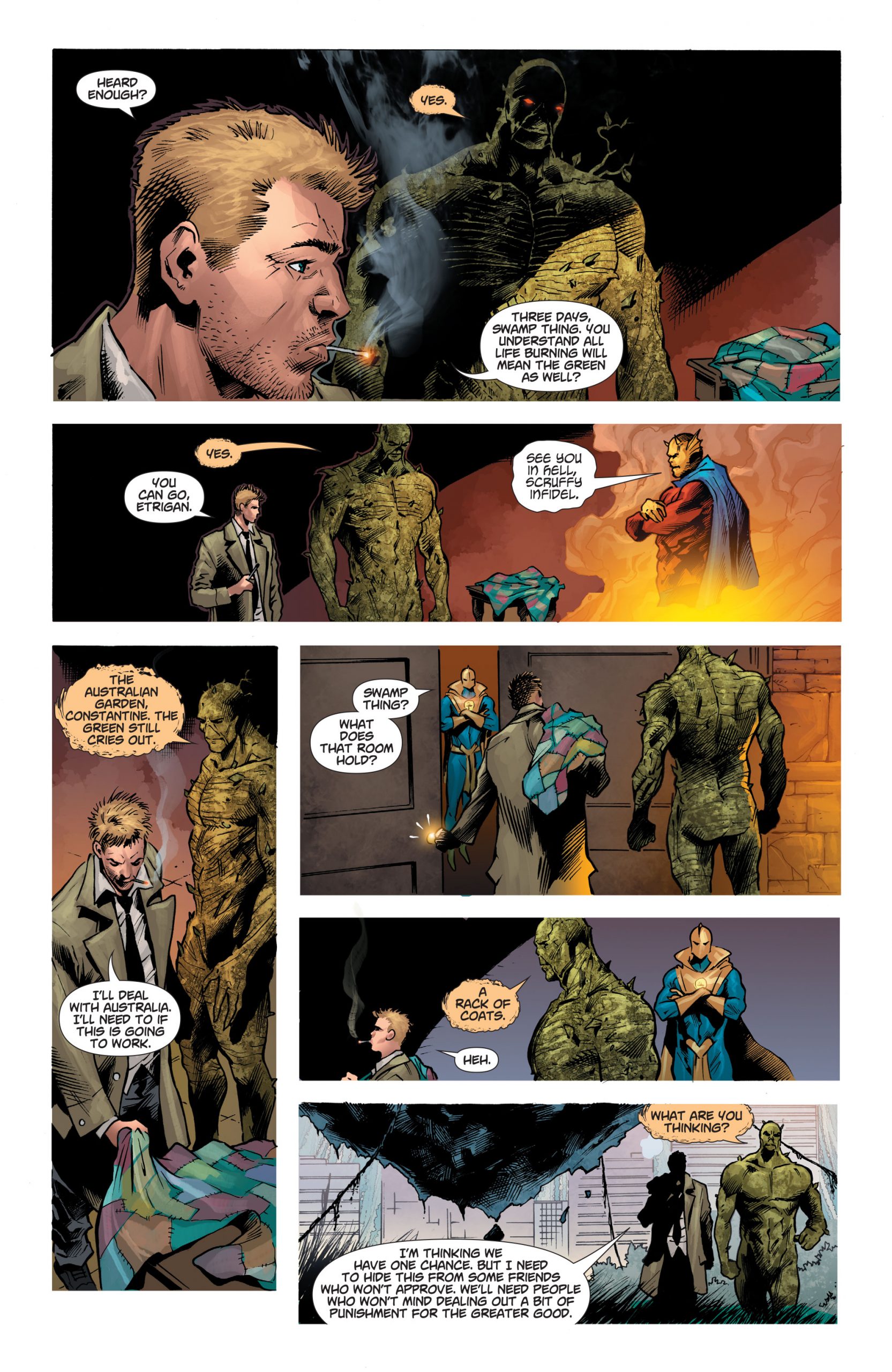 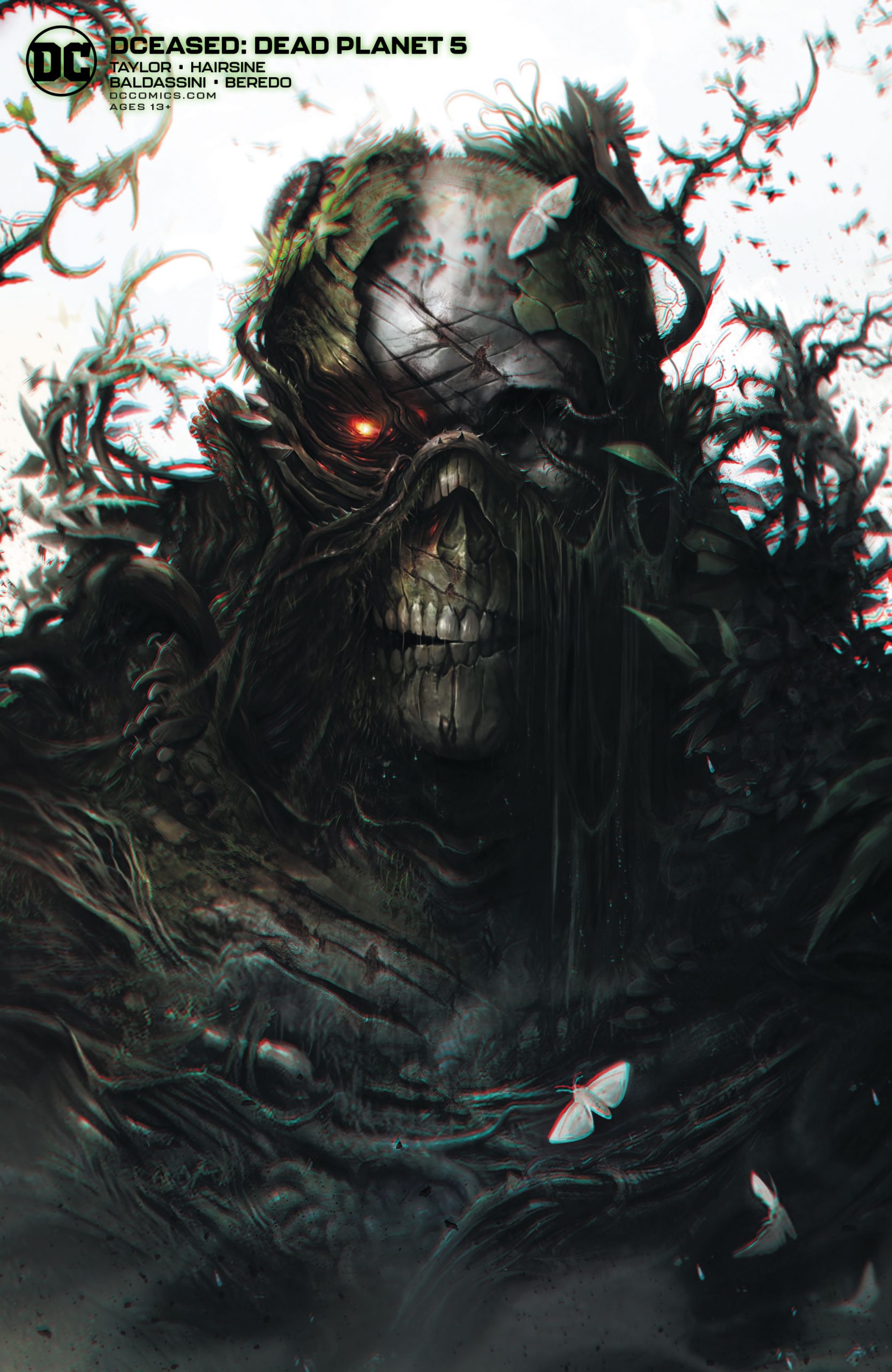 I really was transported back to my tweens this month, as seeing Swamp Thing, Etrigan, and a few other magical mainstays, transported me right back to the earliest Vertigo years. Yes, this book clearly homages the works of the great Alan Moore, and Jamie Delano. Trevor Hairsine, Gigi Baldassini and Rain Beredo illustrate vintage versions of these characters, plus a few other sorcery based super heroes too. Cassandra Cain gets to really shine in this issue, particularly in one punch the air moment of pure joy.

The surprises don’t end there, as we see death, destruction, action and thaumaturgy delivered in ways that blew my mind. I love the DCeased universe, and am well and truly hooked.

Saida Temofonte got to stretch her creative muscles in this issue too, particularly with Etrigan, and with some terrific sound effects. Two prime examples a great scene where Constantine really gets his point across to a goddess, and Cassandra’s previously mentioned jump for joy moment. Look out for them.

We only have two issues to go, and the consequences of this stellar issue are bound to have some major repercussions. I’m completely serious when I say that anyone not reading this series is really missing out. Don’t believe me? I willing to bet that I’d pass the Damian Wayne test… he really is his father’s son, you know!