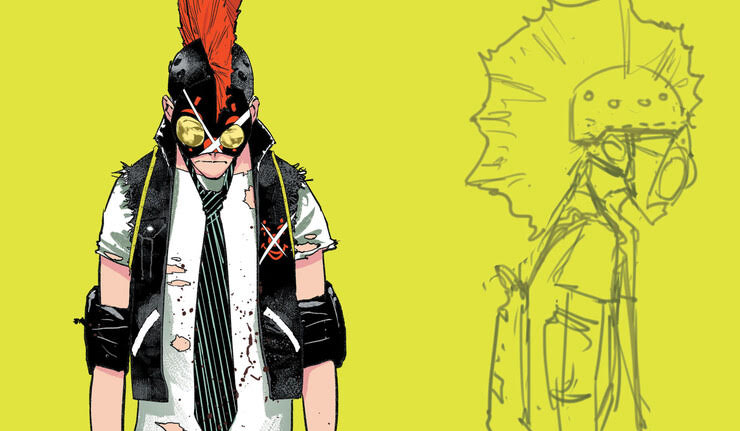 DC Comics has released an image of a new character: the Clownhunter. ‘Joker War‘ hits Batman in issue #95. DC is also introducing James Tynion Iv’s new creation on their new variant covers, both illustrated by artist Artist Jorge Jiménez. One features Harley Quinn and the other features Clownhunter himself.

Check out the official press release with the solicitations below! 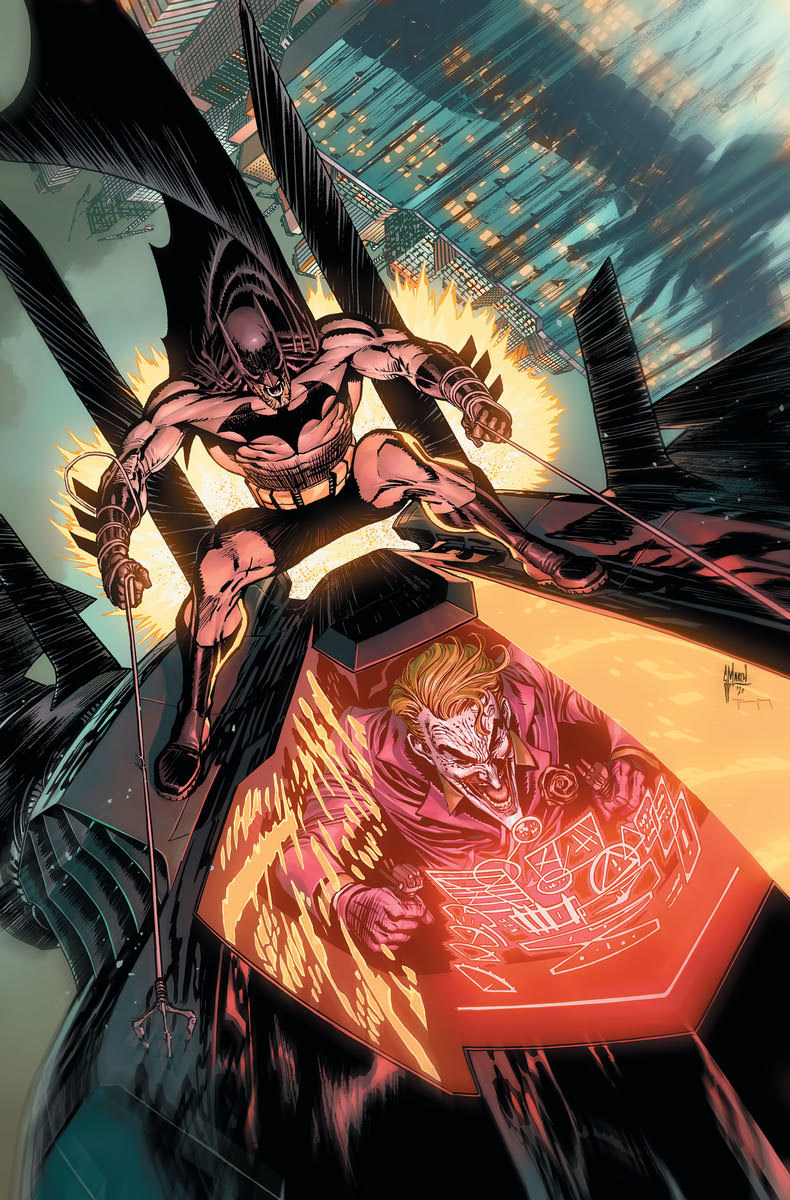 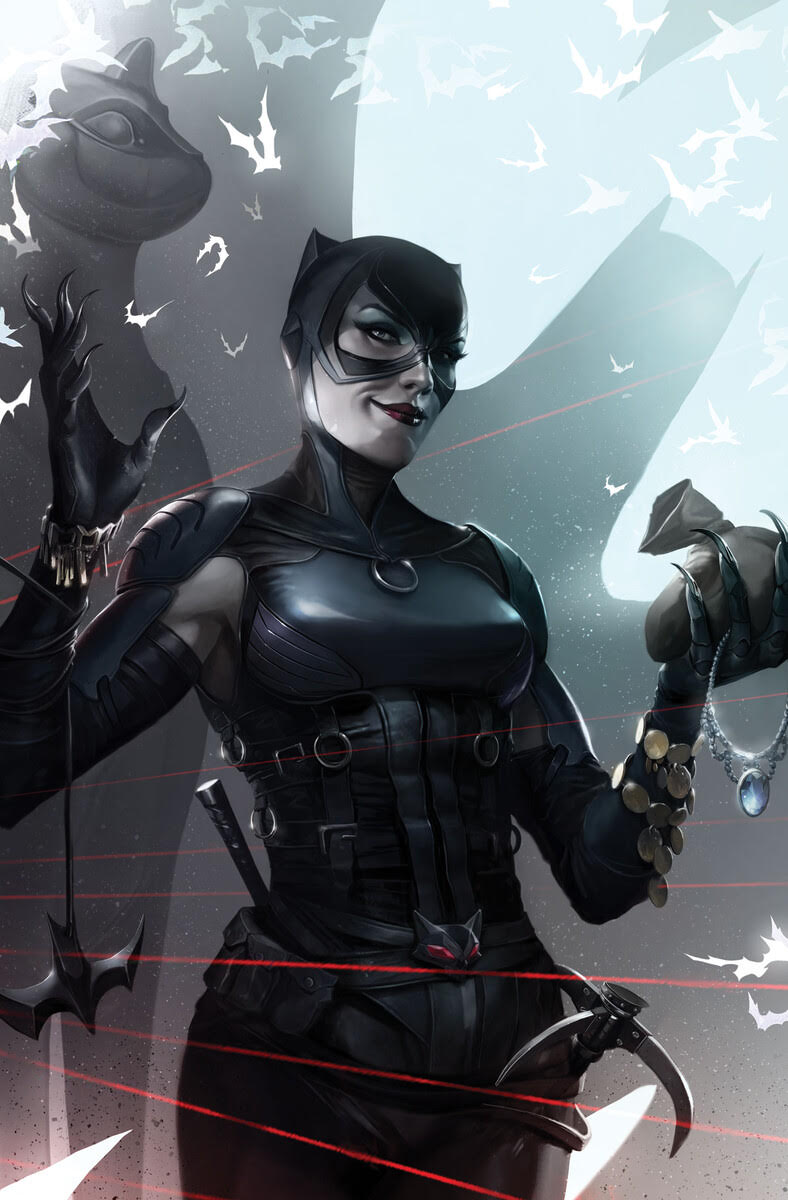 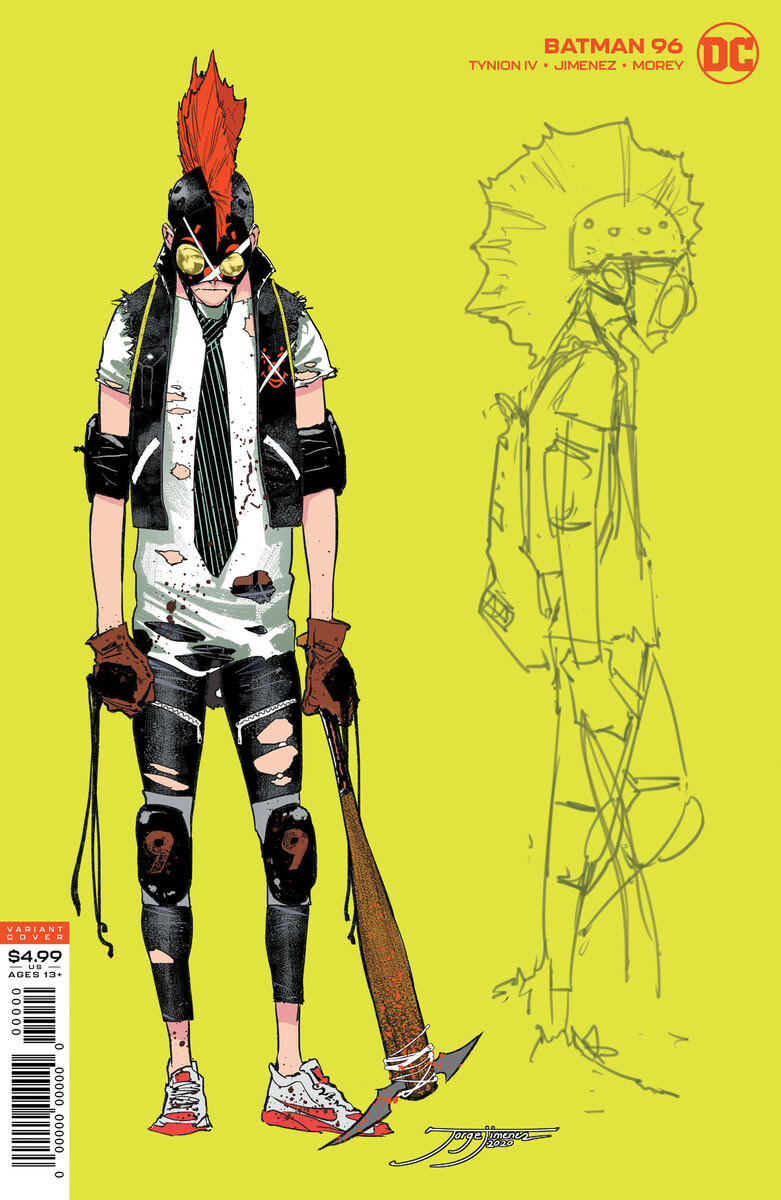 The Joker War rages on after kicking off in July’s Batman #95, with new characters joining the fray! For the resolicited Batman #96 and Batman #96, now scheduled for August, artist Jorge Jiménez delivers two new covers, featuring Clownhunter and Harley Quinn!

In Batman #96, reeling from the effects of the worst Joker toxin attack ever, Batman is on the run through Gotham City, pursued by the dark shadows and voices that haunt his past and present! As The Joker’s plan materializes, the only person who can save Batman from the brink of true madness…is Harley Quinn?! Plus, who is the mysterious new figure known as Clownhunter? 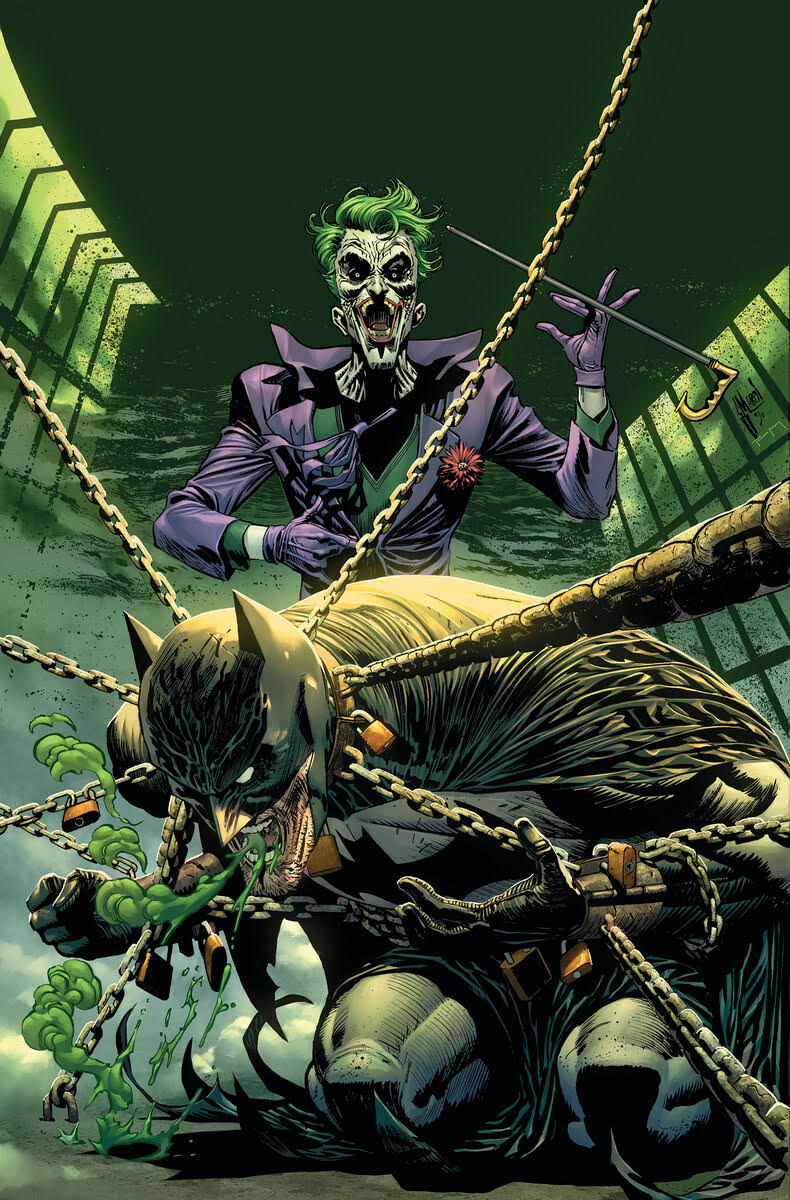 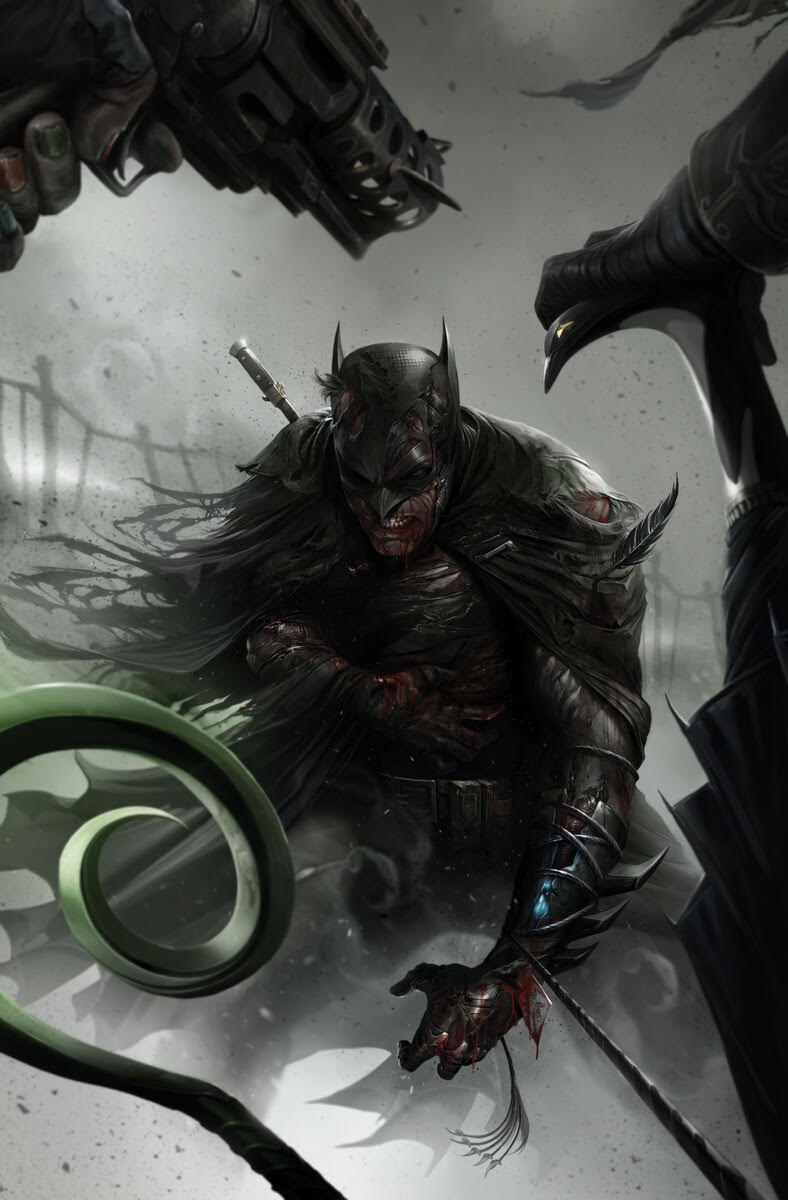 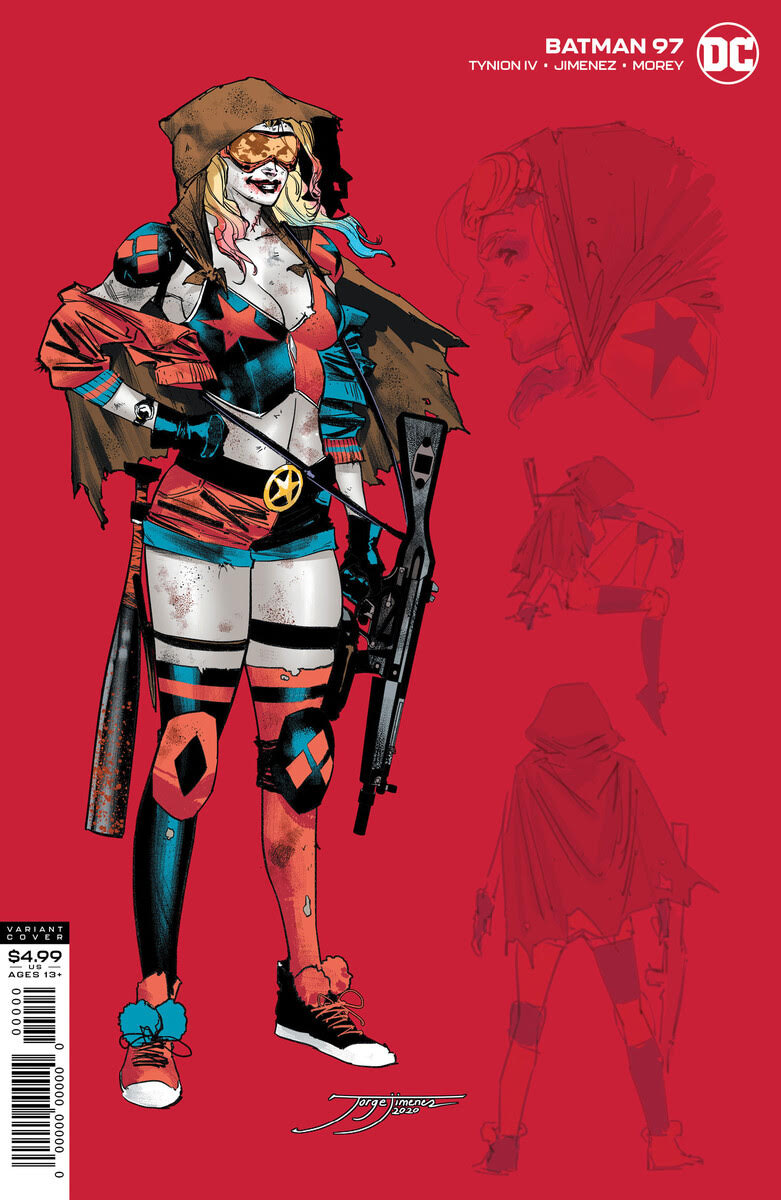 And then in Batman #97, The Joker’s army is growing hour by hour, with weapons beyond anything the Clown Prince of Crime has ever used before. Batman must hold his mind together so he can strike the final blow and take back his city—but how can he heal the rifts he’s created in his life to get the help he needs? And while all this is happening, the villains of Gotham City are waiting out the carnage Joker has unleashed—and Catwoman assembles an army of her own!

Who is the Clownhunter?

The main solicitations don’t reveal much about this new character. However, readers of writer James Tynion’s personal newsletter have more information on him.

According to Tynion, Clownhunter is a disaffected youth. The Joker murdered his parents long ago. Here’s the writer’s character breakdown:

Clownhunter is a quiet, weird kid who lives in the Narrows. He mumbles jokes to himself under his breath, but doesn’t speak up in class or while he’s gaming late at night. When he was a kid, he saw his parents killed by the Joker, and his life was saved by Batman. He idolized Batman for years. But when “Joker War” starts, and Batman can’t stop it out the gate, he picks up a baseball bat, hammers in the Batarang Batman gave him as a kid, and goes out to start killing the Clown gang members terrorizing his neighborhood.