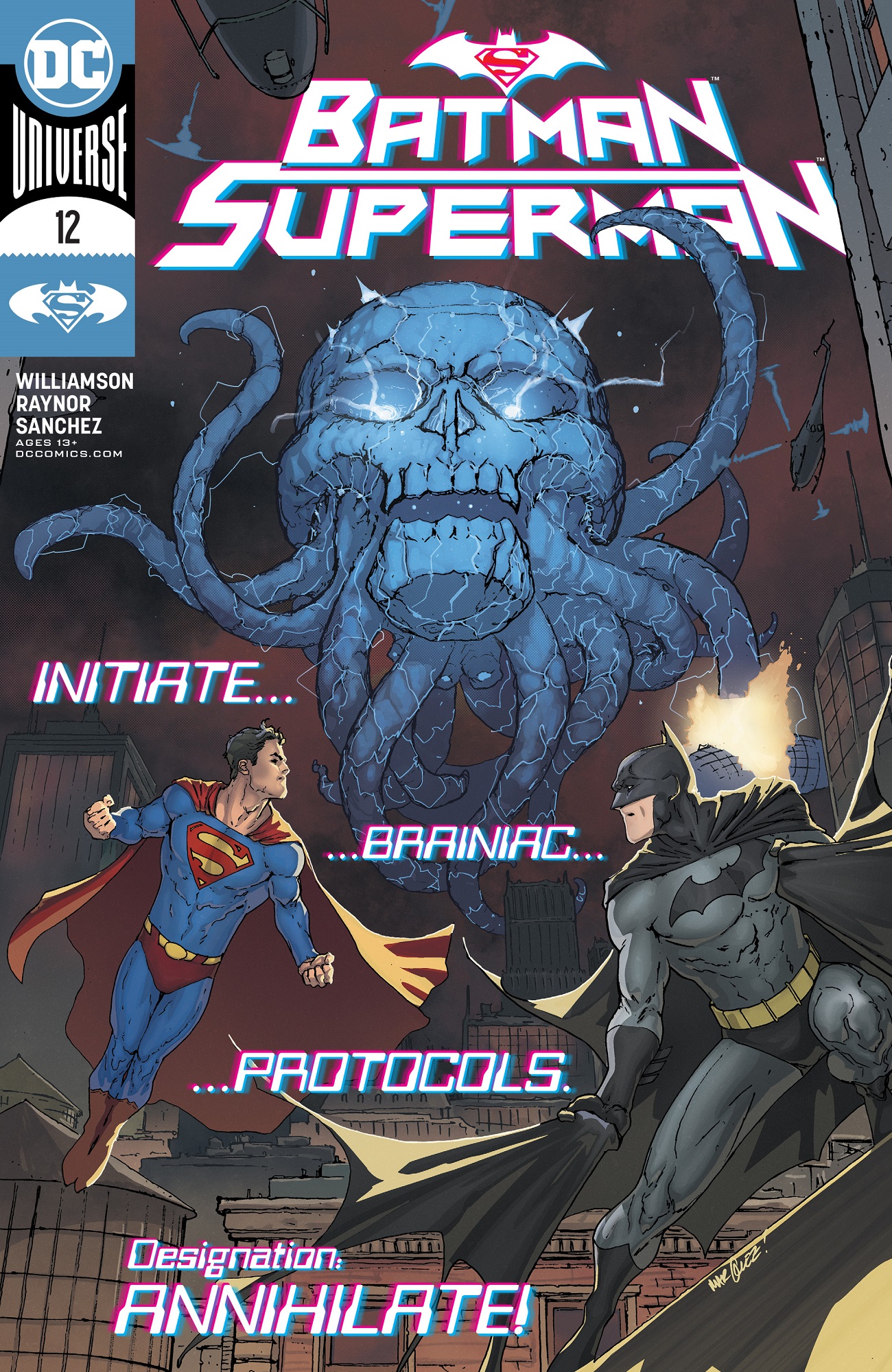 When Batman and Superman mysteriously disappear, it’s up to Batwoman and Steel to find the World’s Finest Team, in this week’s Batman/Superman #12.

The issue opens with Batwoman and Steel exploring the Batcave. Having received an urgent distress signal from Batman, the two heroes go to investigate. Upon their arrival, they find the Batcave in ruins. After a little bit of computer magic, Steel and Batwoman manage to retrieve Batman’s video message. It appears that Brainiac has returned and captured both the Dark Knight and the Man of Steel. It’s then up to Batwoman and Steel to rescue them.

One of the great things about this issue is its use of Batman’s distress call as a framing device. The majority of the story is told in flashbacks which explain how the world’s greatest heroes were captured. Joshua Williamson’s literary choice is a creative way to “exposition dump” and ground the issue in DC’s current continuity. By the end of Batman’s video, the issue pivots, and it quickly becomes clear that the stars of this arc are Batwoman and Steel. 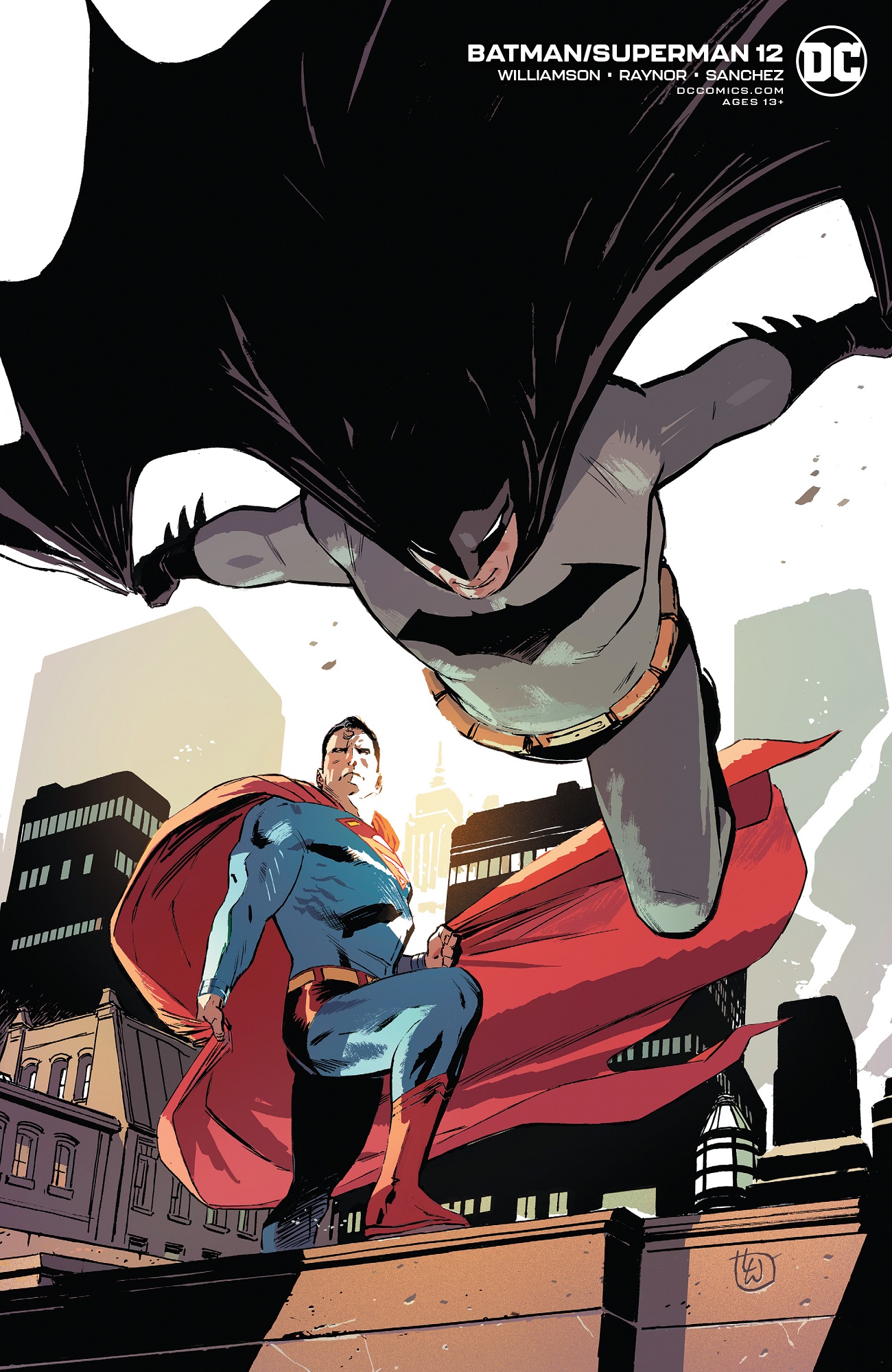 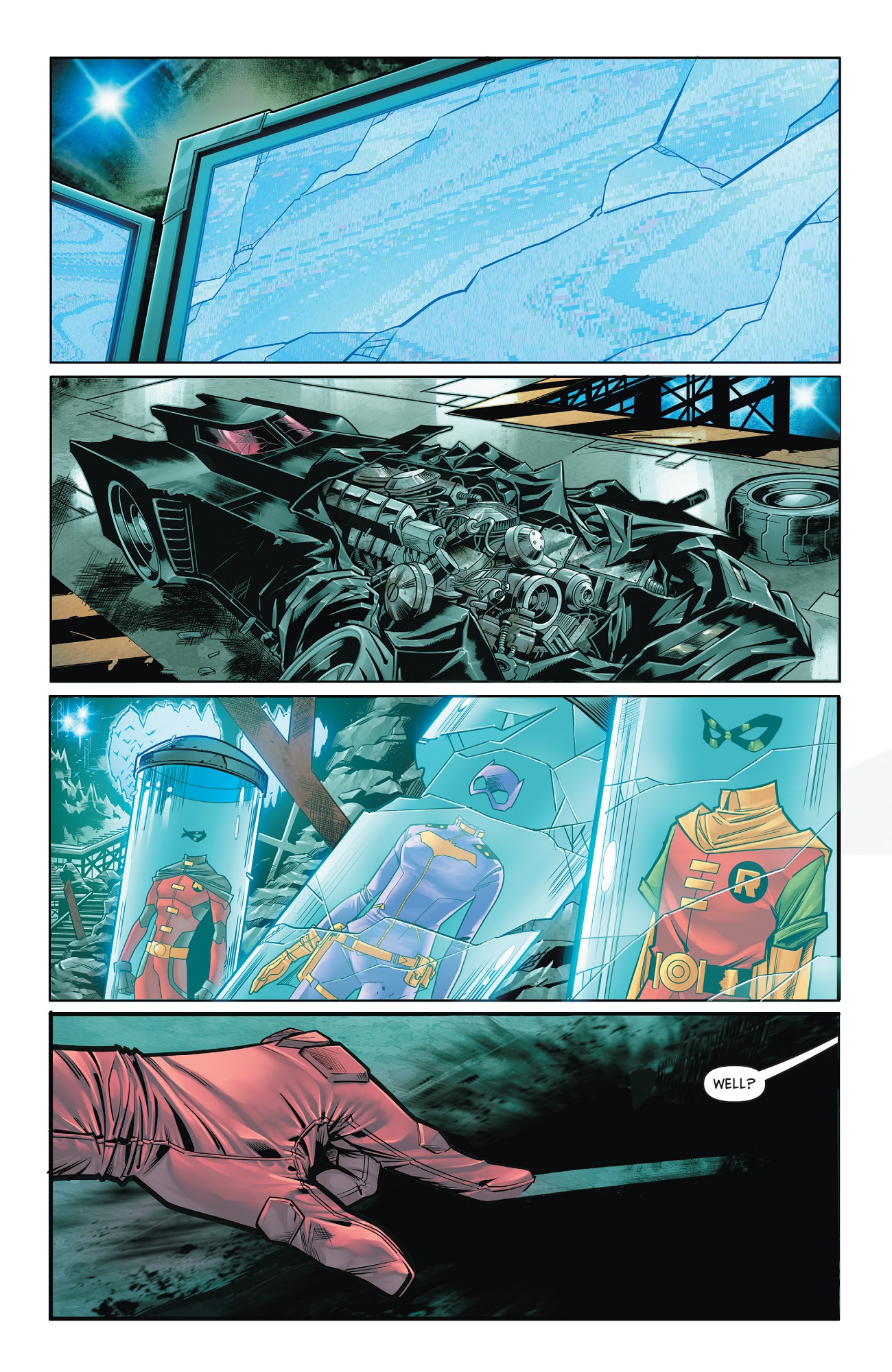 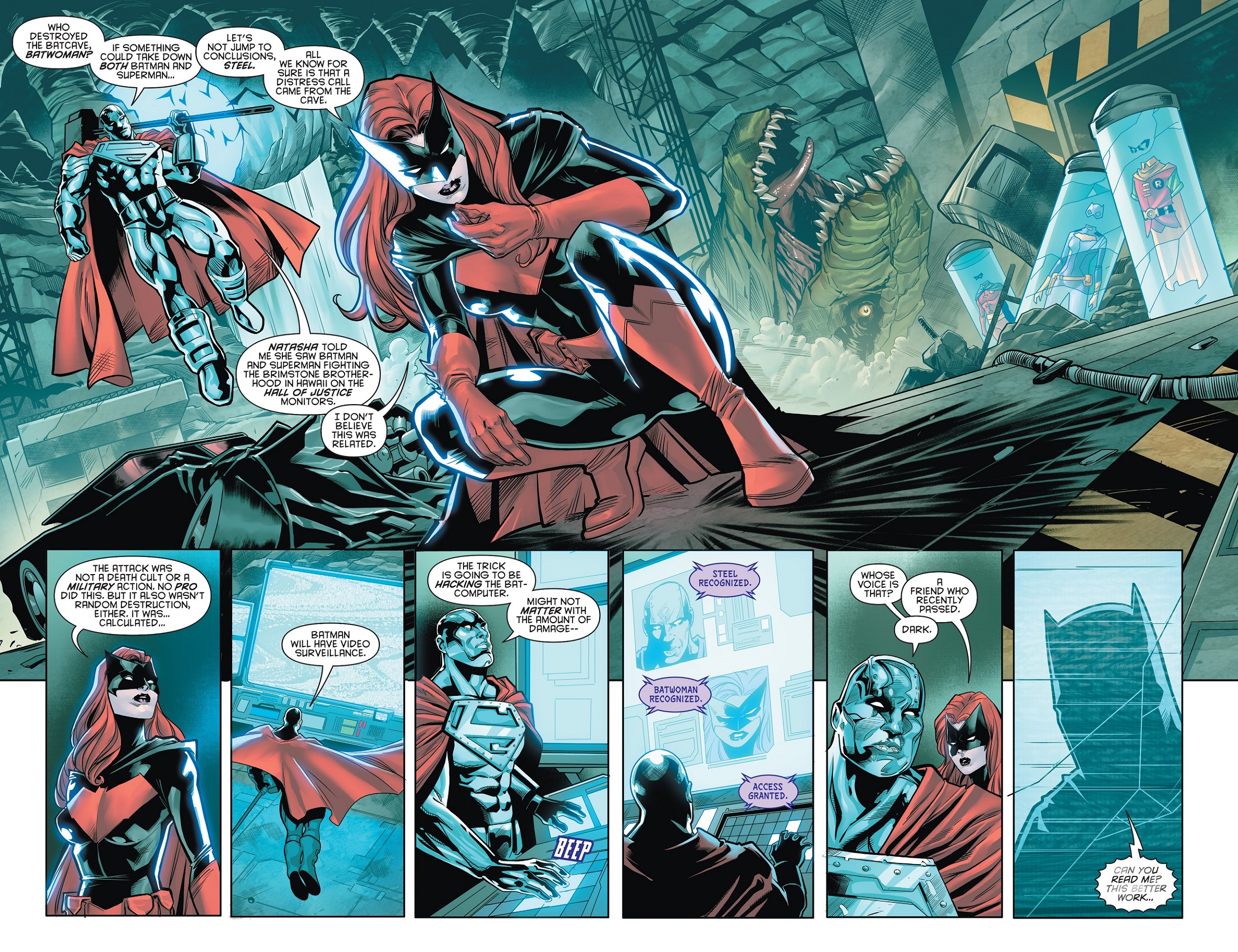 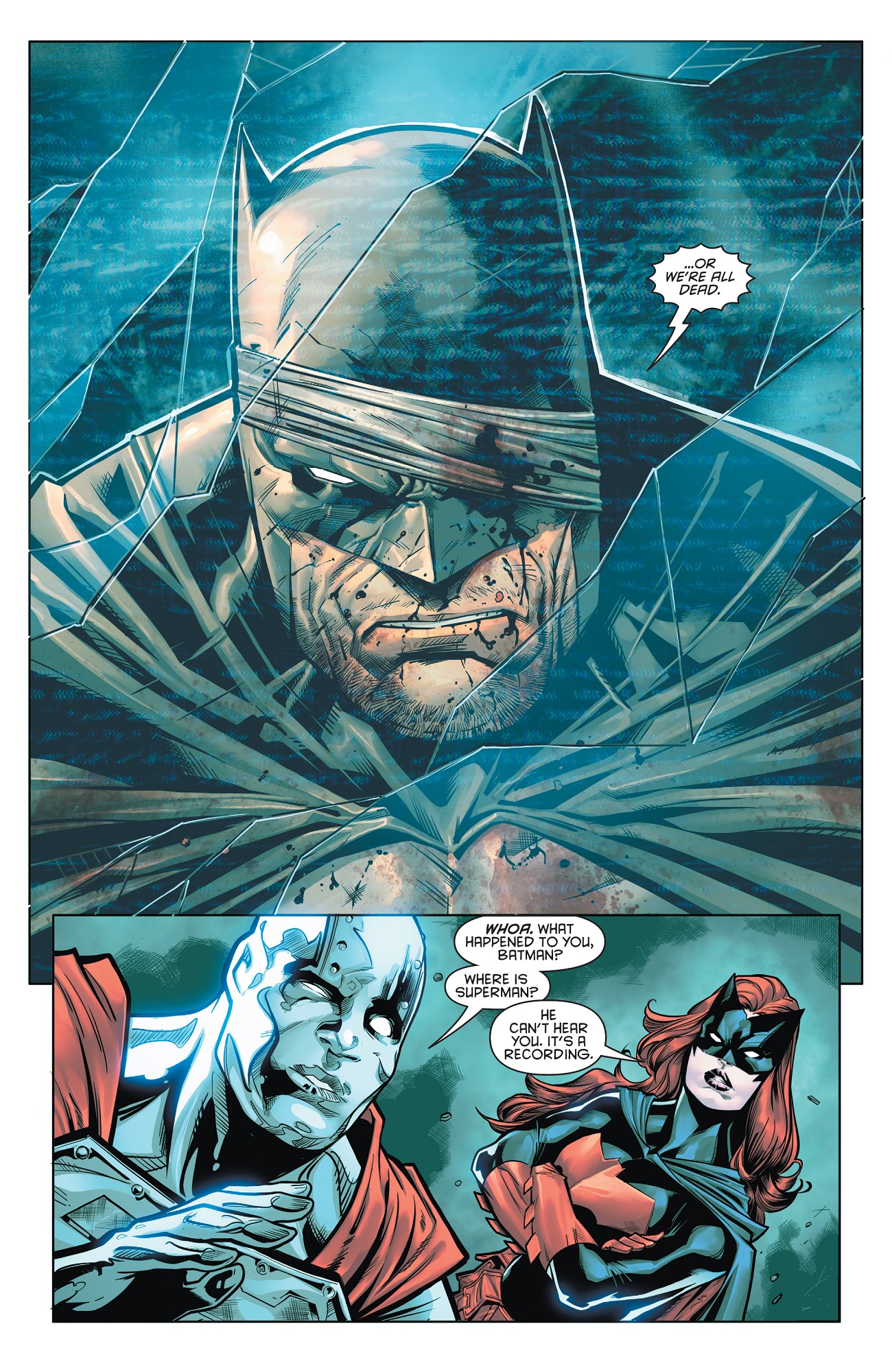 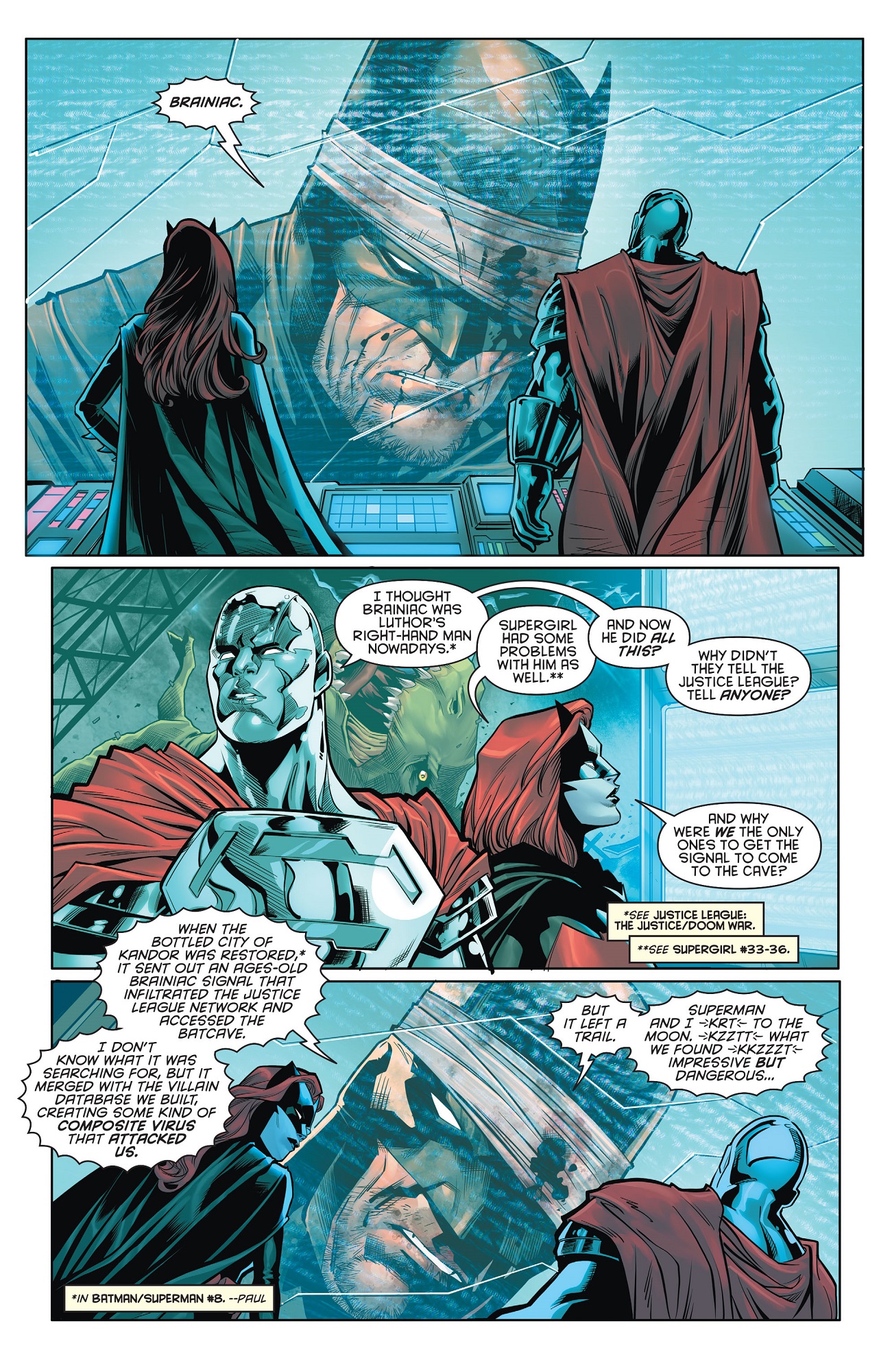 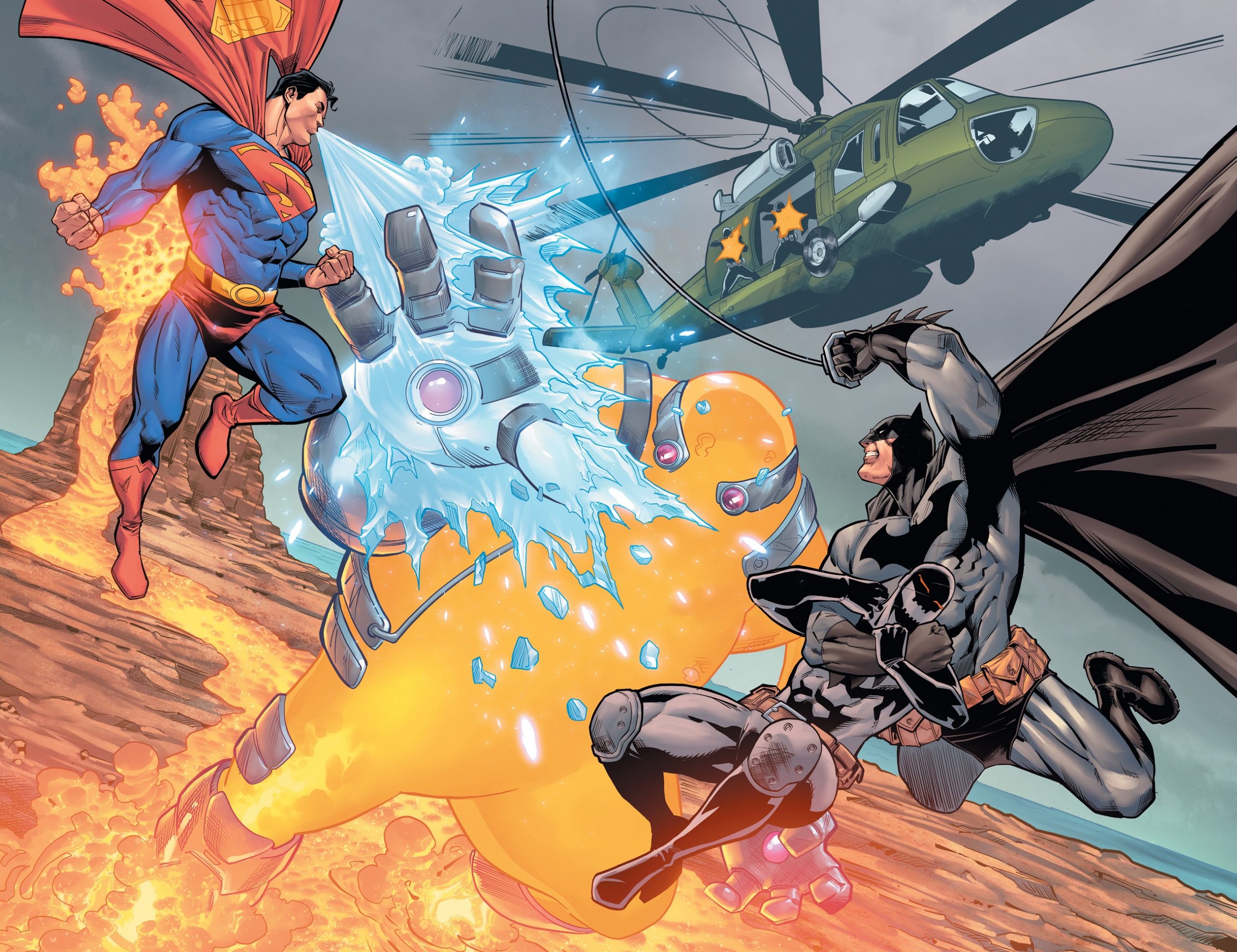 I also enjoyed how Williamson chose two unlikely analogs for Batman and Superman. Both heroes have a rather large supporting cast, and it’s nice to see a couple of the more obscure heroes take the spotlight for a change. I don’t know if this is intentional or not, but I also found it fascinating that Williamson chose to focus on a person of color and a lesbian. While Batwoman and Steel wear the mantles of their white, cis-gendered, male counterparts, each of these characters are from historically marginalized communities. If Williamson is trying to make a point, it’s not apparent yet. Nevertheless, I thought it was worth noting.

Max Raynor’s art is an absolute gas. Seriously, his work is dynamic, detailed, and downright fun. From what I’ve gathered, Raynor’s relatively new to DC, and while his pencils arguably fall into the category of “DC House Style” (ie. let’s all riff off of Jim Lee), he does this very well. Distinguishing himself with wonderful splash pages and unconventional panelling, Max Raynor really did a great job on this issue. I hope that he gets a consistent ongoing, as his work is outstanding.

Month after month, Batman/Superman continues to maintain its quality. Williamson’s reveal at the end of Batman/Superman #12 is pretty awesome, and – without giving anything away – I can’t wait to see how Raynor pencils the villains in next month’s issue.

Final Verdict: If you aren’t reading this book, what’s wrong with you?