Anticipation for The Batman! 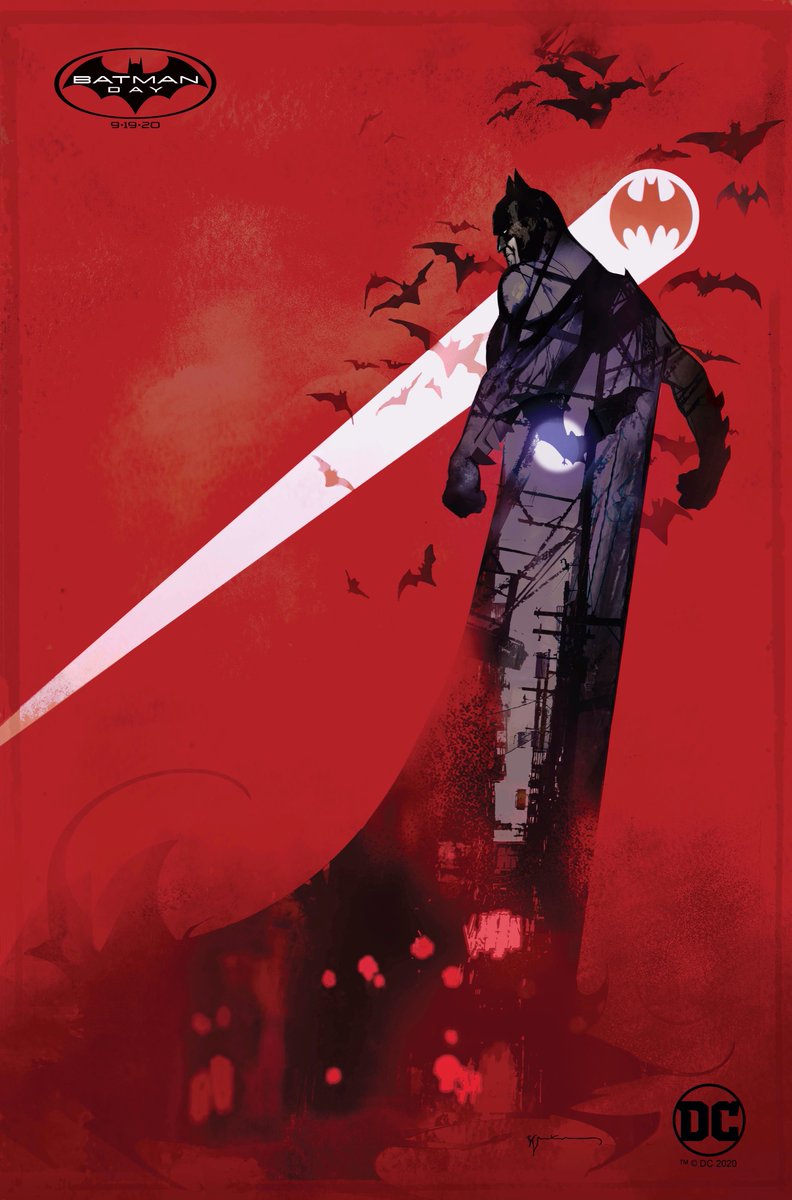 Director Matt Reeves’ new take on Batman seems to have had the desired effect, as fans are hyped for Robert Pattinson to take on the mantle of the Dark Knight on the big screen.

While we’ll have to wait a bit to see more from the film, Reeves did take to social media to celebrate Batman Day with some slick new Batman art from artist Bill Sienkiewicz, and you can check out the gorgeous art below, which he posted with the caption

A new piece of art from the incredible Bill @sinKEVitch! Happy #BatmanDay

Red is the color of… The Batman?

The art features Batman looking towards the city below as the Bat-Signal lights up the sky, though it’s the background that really stands out. Batman is paired against a pure red background, but you can see the city of Gotham within his outline.

The cityscape of Gotham is only revealed when looking at Batman, as his body and cape are used as a canvas, to not only show the streets and rooftops of Gotham, but also Batman gliding against the moonlit sky.

Matt Reeves gave more information about the film at FanDome:

It’s not an origin tale, and you’re meeting him in the early days. What’s really important about this iteration is that you know a lot of the other stories are about how he had to master his fear and master himself in order to become Batman and that in that Batman state, he’s sort of in his best self, and I think for me, what was exciting was not doing that, not doing the origin, not doing what we’ve seen done so beautifully in other movies, but instead to meet him in the middle of this criminological experiment to see him in the becoming of Batman and to see him make mistakes as Batman, see him grow and fail and be heroic do all of the things that we associate with Batman but in a way that felt very human and very flawed.

Pattinson is Back on the Job!

With Robert Pattinson back at work on the set of The Batman, we are slowly inching forward to seeing this much anticipated film. By the way….how did you celebrate Batman Day?