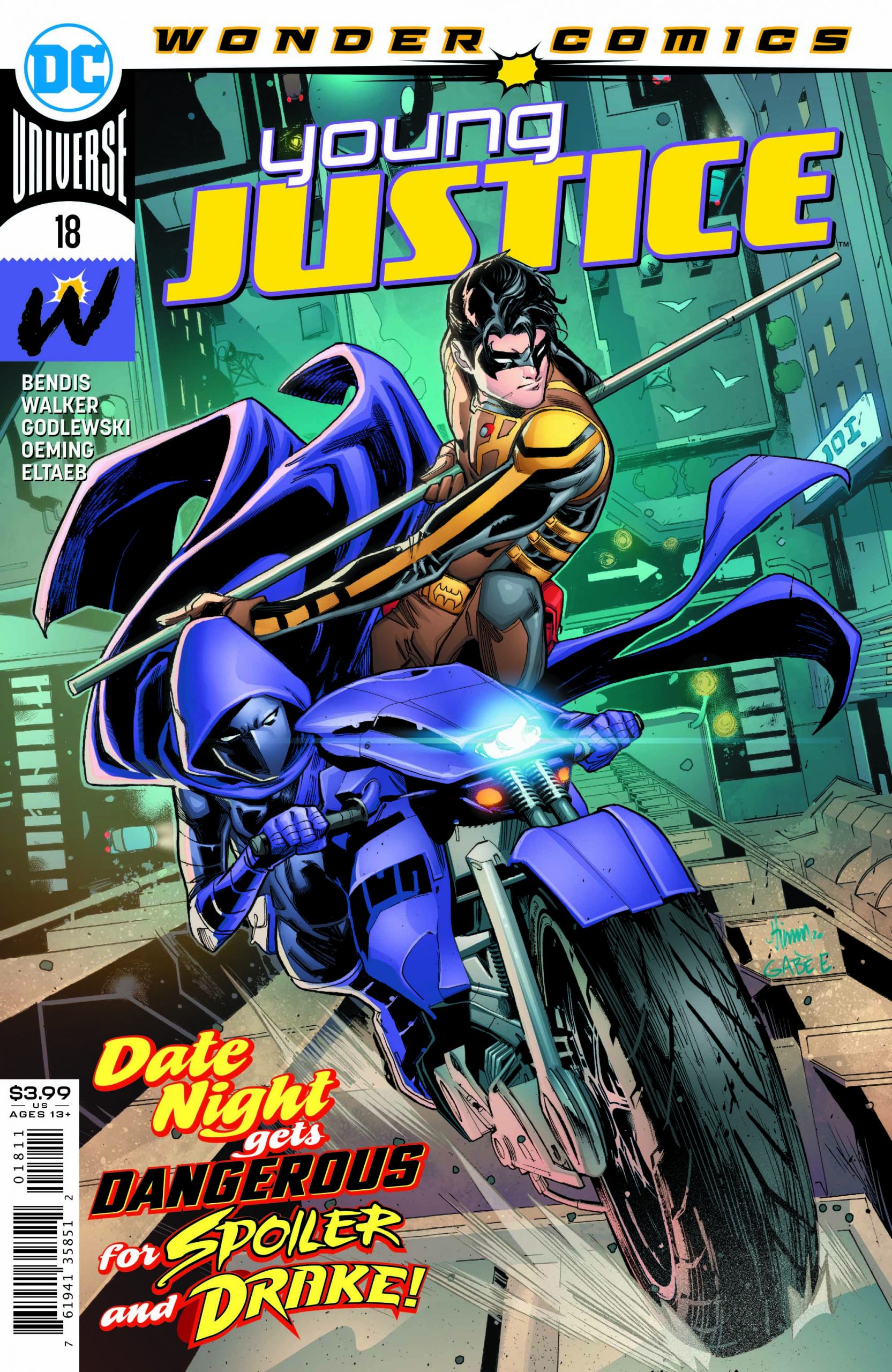 Young Justice #18 reads very similarly to a Batman comic. Instead of focusing on the team as a whole, it takes a deeper look into the relationship of one particular team member. Yes, we got another slightly slower issue this week. Now that the Young Justice team are back in their own universe (mostly), it’s time to reconnect.

Two ex-Robins get to rekindle their romance, and are on the hunt for The Cluemaster! Can the duo find the criminal mastermind before he creates a new evil empire? That’s the main focus of this comic, but there are much more interesting character moments, just underneath the surface. Those two ex-Robins just happen to be lovers, Spoiler and Drake. Oh, and The Cluemaster is none other than Spoiler’s dad! 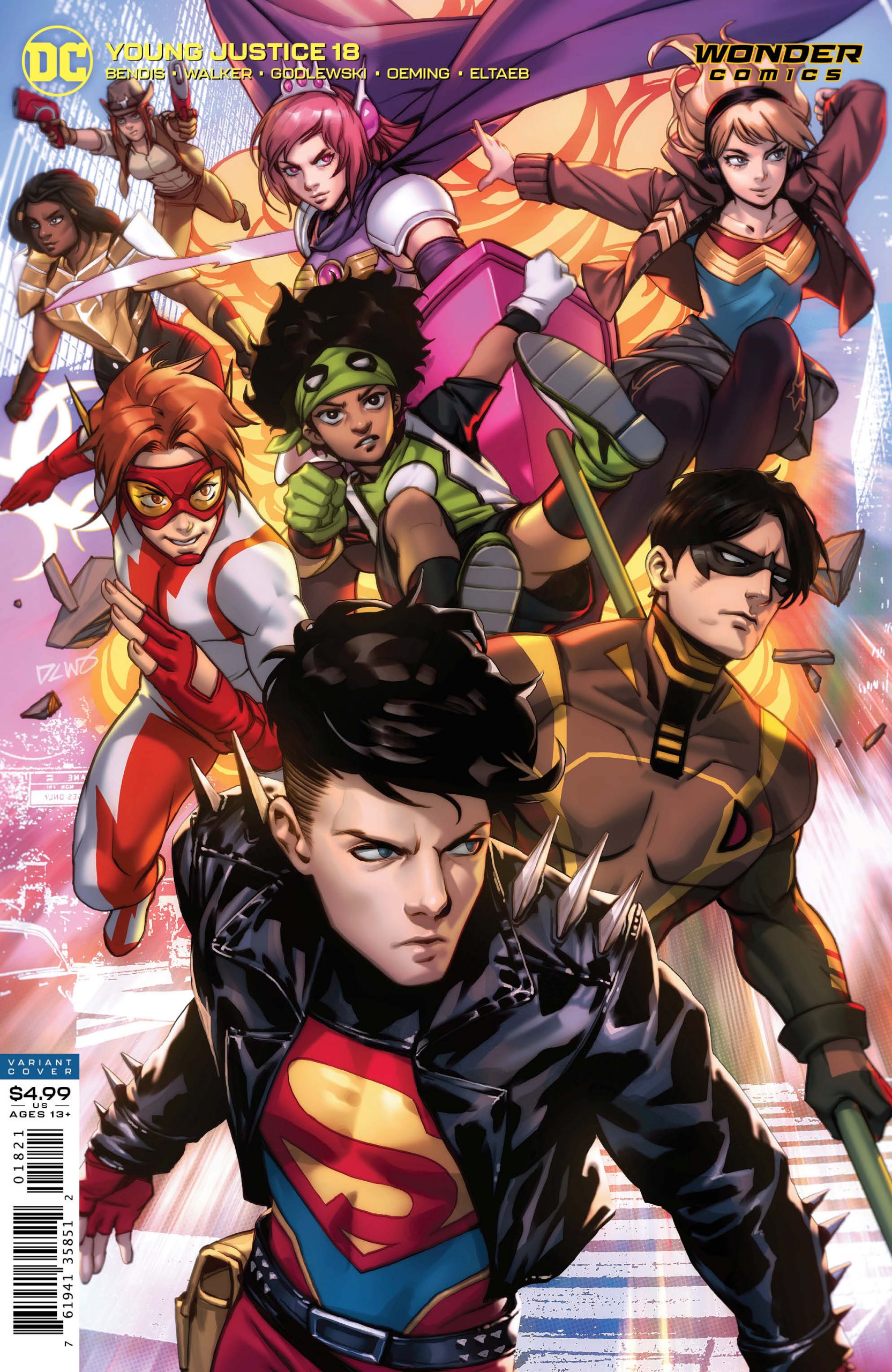 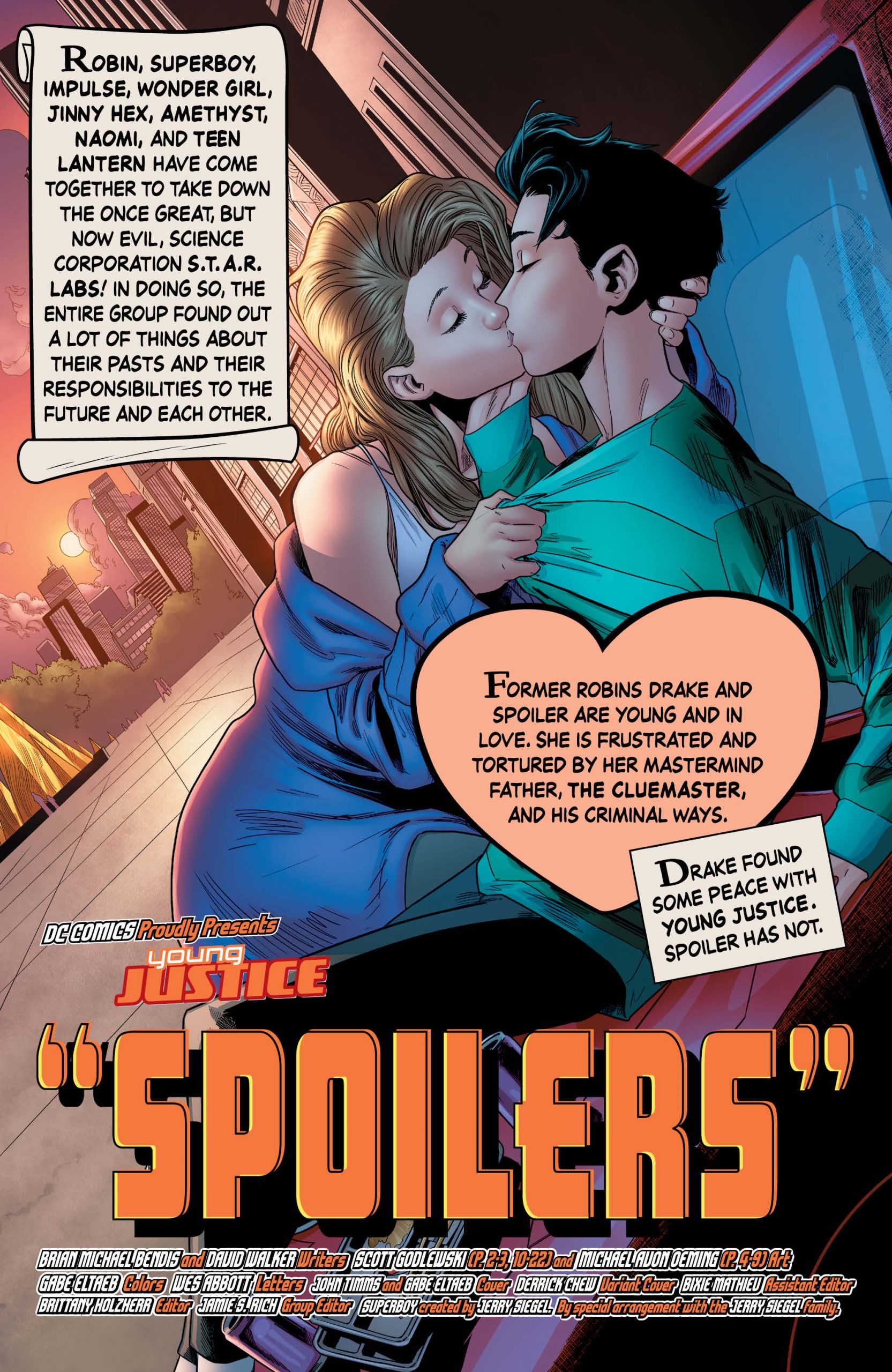 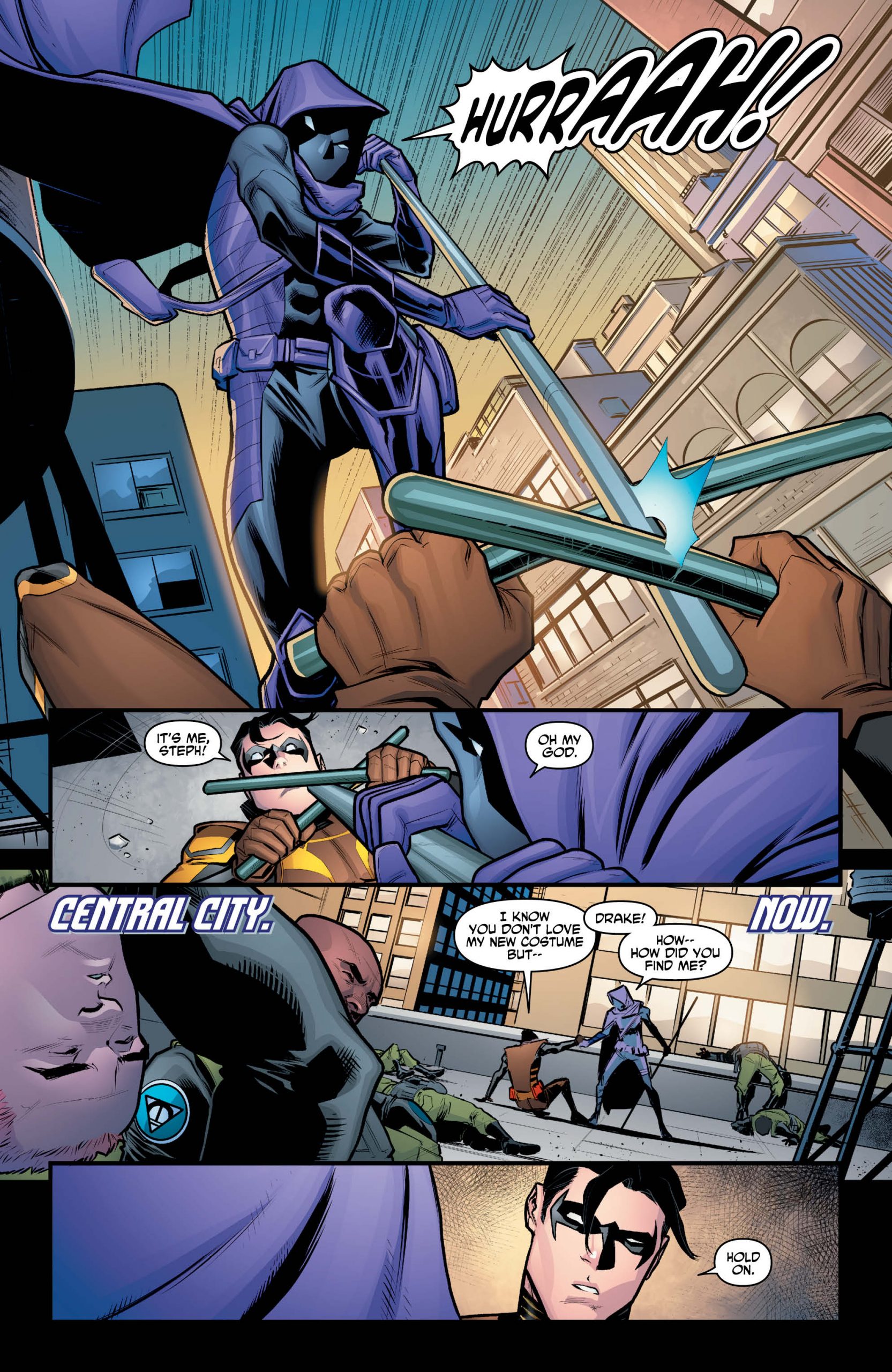 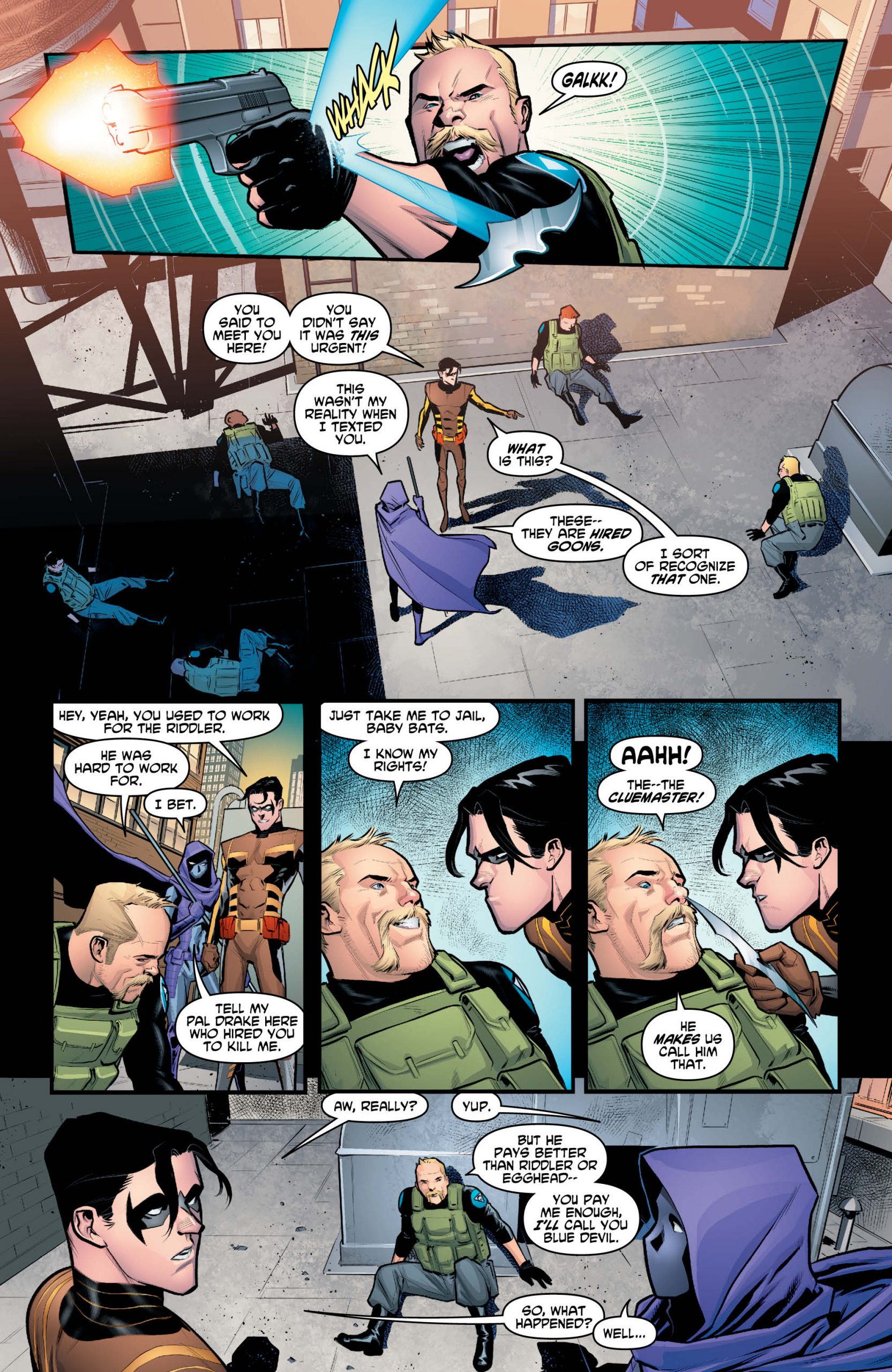 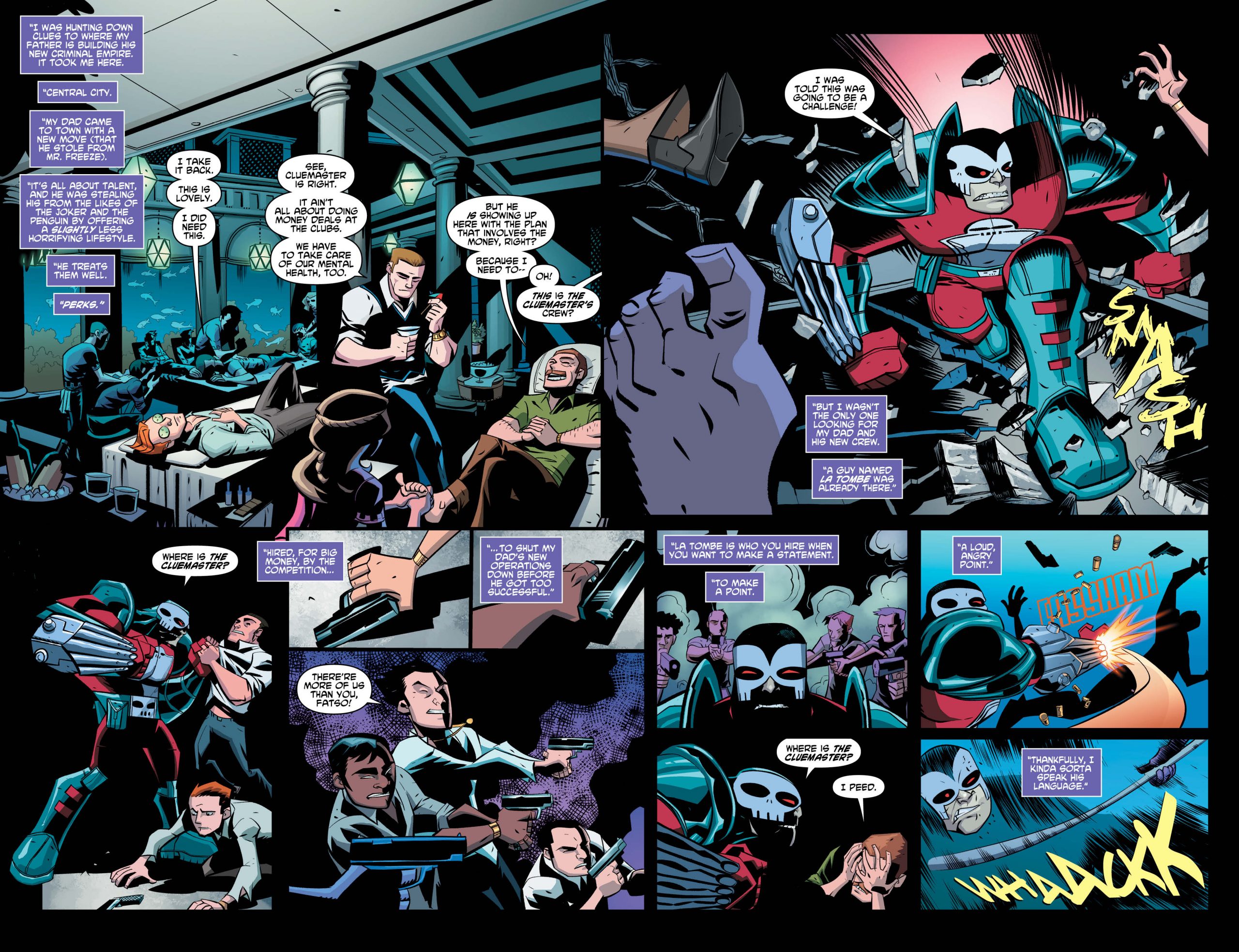 As you can imagine, this creates some very interesting character dynamics. While Spoiler’s so driven to taking down her dad, Drake’s just happy to see his girlfriend again. Bendis and Walker have done a great job at writing a caring boyfriend in Drake, whilst also keeping his cautious nature.

While Tim’s supportive of Spoiler’s goals and wants, he also knows that if they rush in without a plan or backup it could end up very badly for them. So who does he call for help? Batman? The Justice League? Nightwing? Nope, he calls forth the full might of Young Justice!

Young Justice #18 is a very well written issue, as usual. Bendis and Walker have been working on the last few instalments together, and it’s made a difference. There’s a particular part of the issue that I enjoyed a lot, where the Cluemaster talks about how difficult  it is being a parent. The panels change through different Young Justice team members interacting with their parents, and it’s great. I really enjoy reading pages like these, as they get the point across in a very creative way.

The artwork in this issue particularly stands out to me, as it differs slightly from the usual Young Justice style. The typical artwork is bright and colorful, but this issue takes a darker and grittier turn. This was done in a very obvious way, to mimic the feel of a Batman comic, as this issue focuses around two former Bat family members.