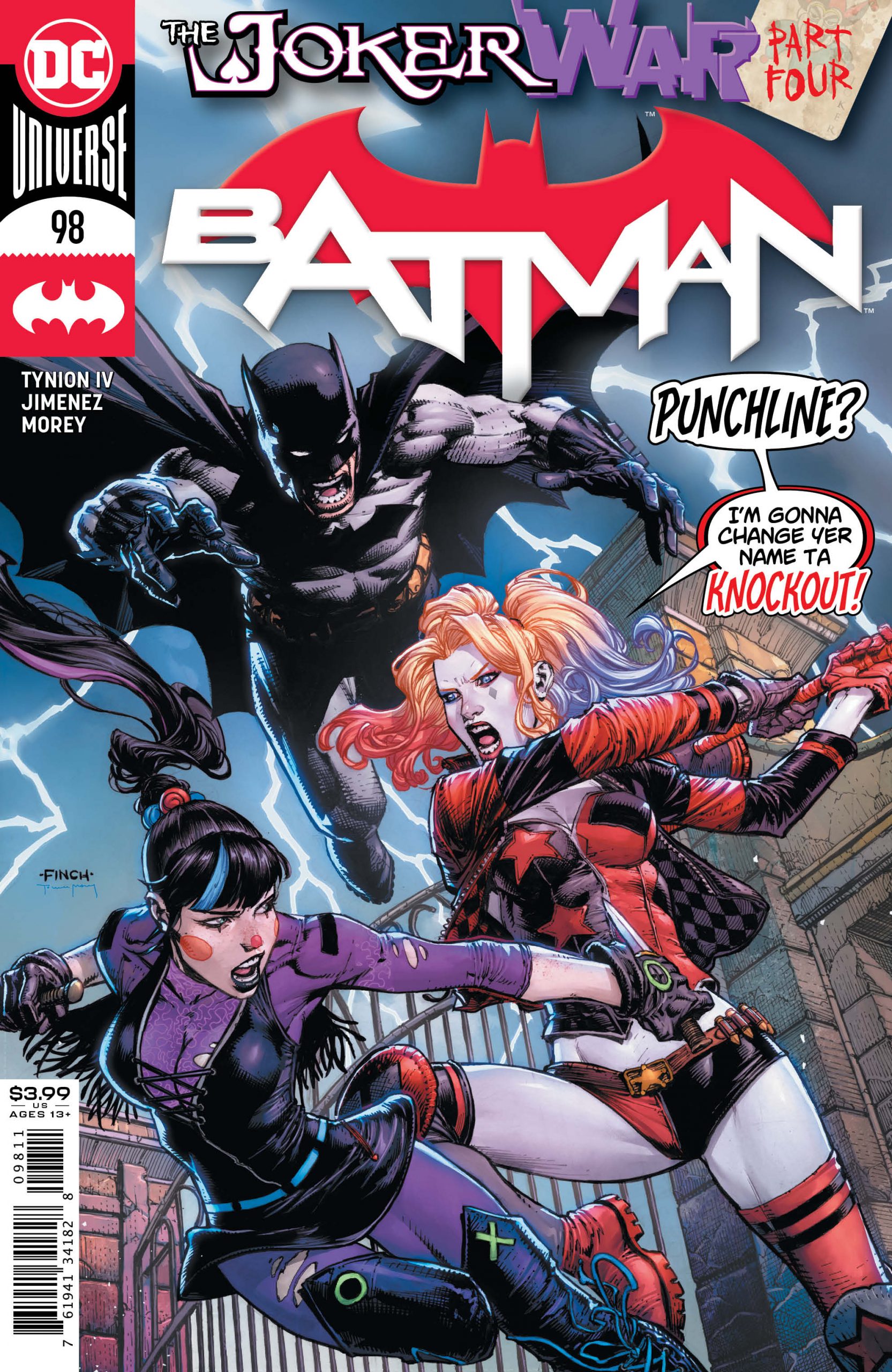 Batman #98 offers a lot of energetic action and character moments, even if it’s a little predictable.

The main draw for this issue is a rematch between Harley Quinn and Punchline. The action’s amazing, and drawn with so much kinetic energy by artist Jorge Jimenez. Even though the fight scene probably lasted longer than needed, it did serve as an important stepping stone in the over-arching narrative.

Nothing of Importance Is Said

Honestly, the emotional crux of the battle is actually fairly droll. It features Harley and Punchline psycho-analyzing each other, while fighting. This is typically a good opportunity to reveal a lot of character. However, neither side reveals anything important or exciting about the other player. For one thing, Punchline really doesn’t understand Harley’s personality. While that might be an intention character trait, it makes her a poor foil for Ms Quinn.

What’s worse, there’s still very little revealed about Punchline’s motivations or personality. This felt like the perfect place to spotlight what Punchline’s all about, but instead, we get more of the same: a cynical, sadist… like her boss.

The action sequence was a wasted opportunity. If Tynion’s saving the juicy character material for her upcoming one-shot, then it leaves readers with little to cling onto here. 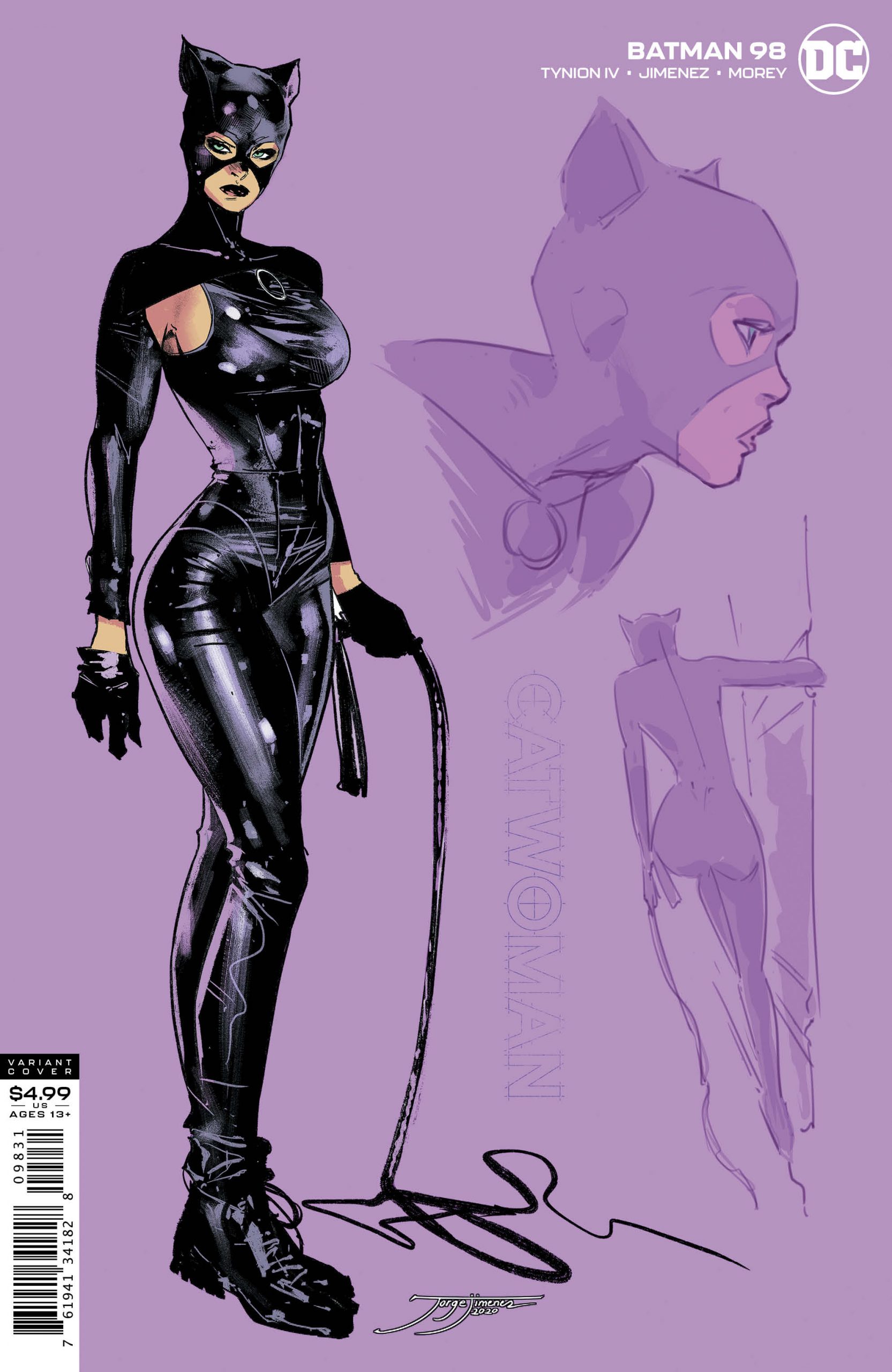 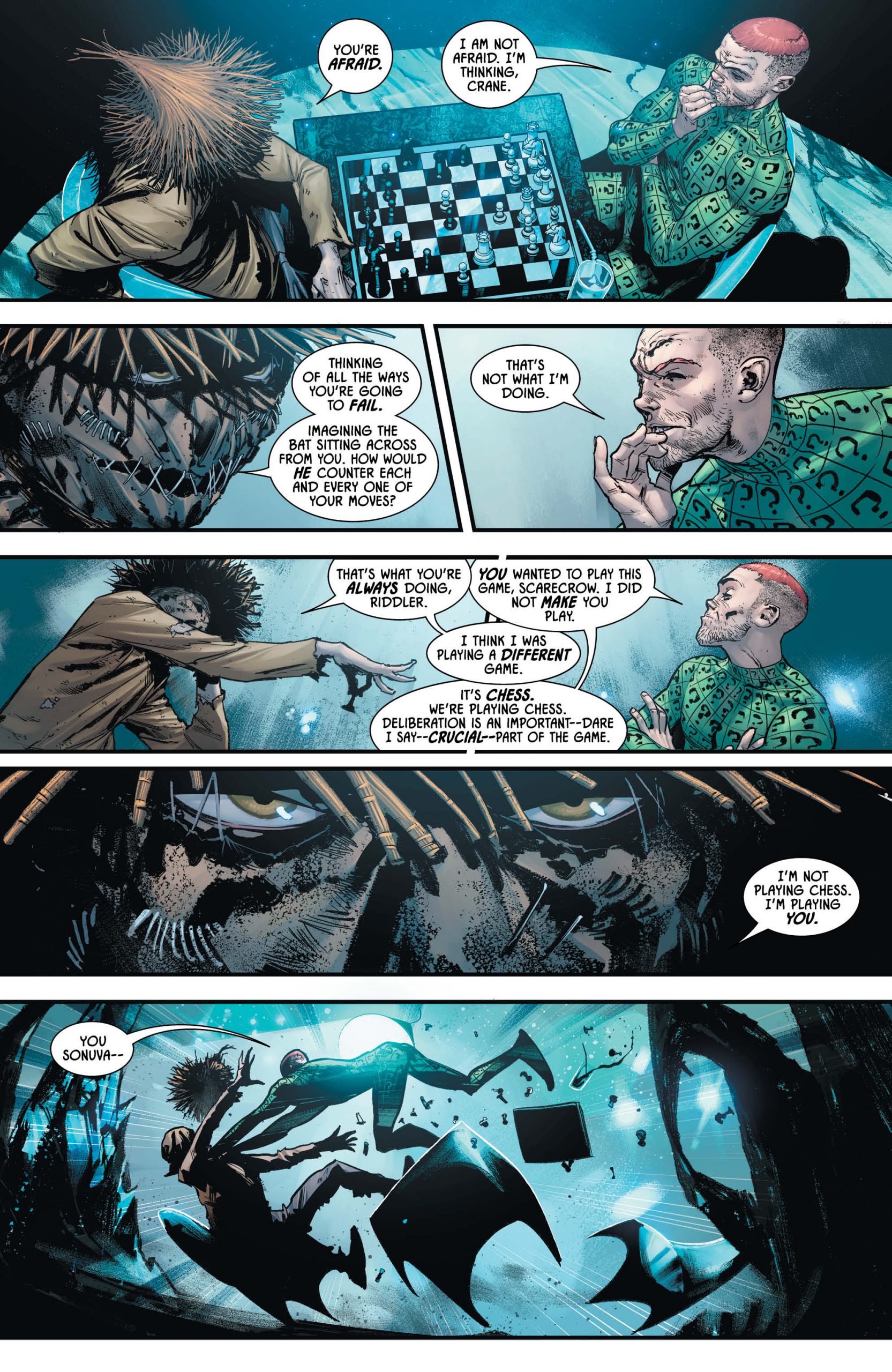 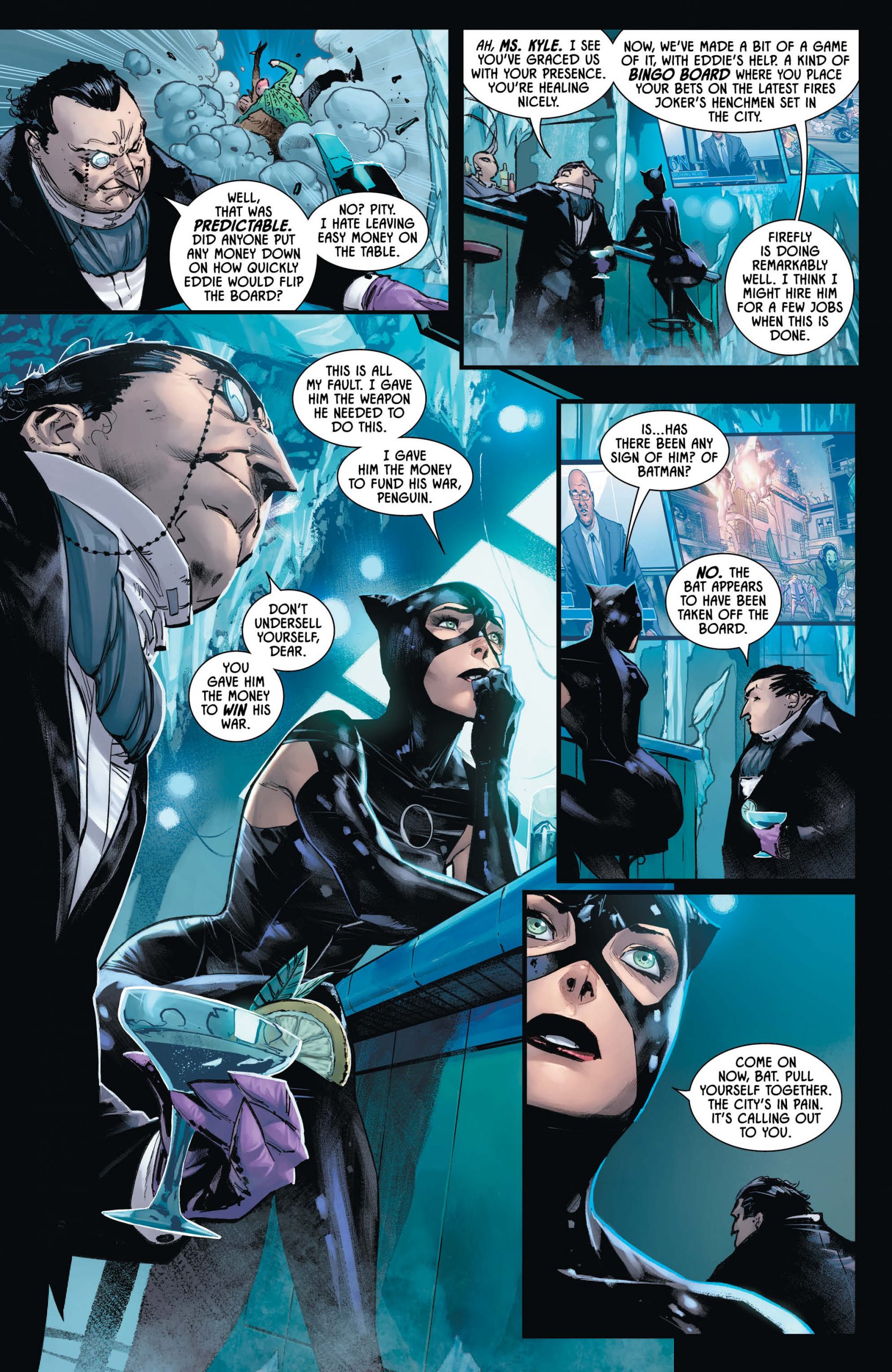 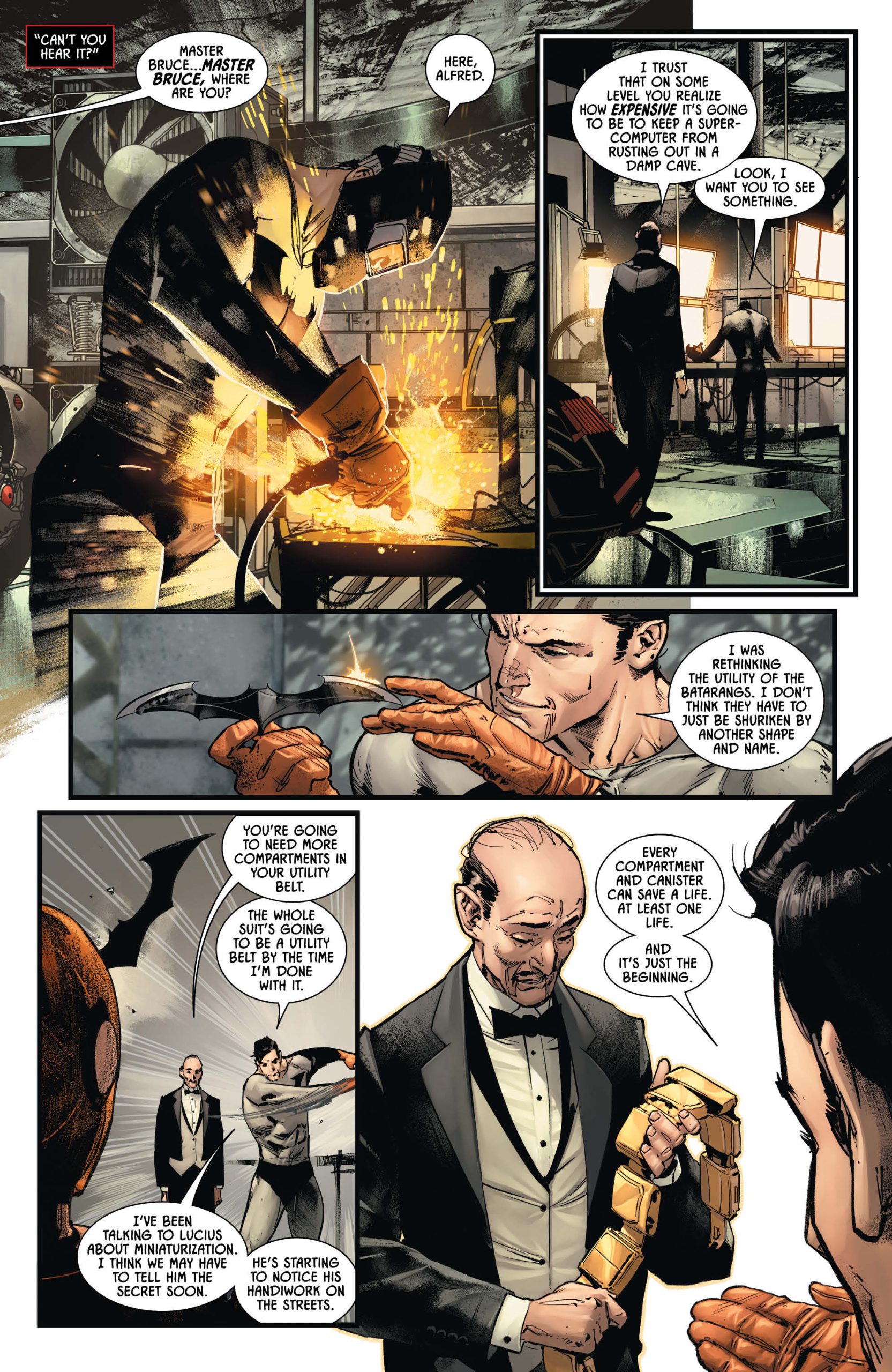 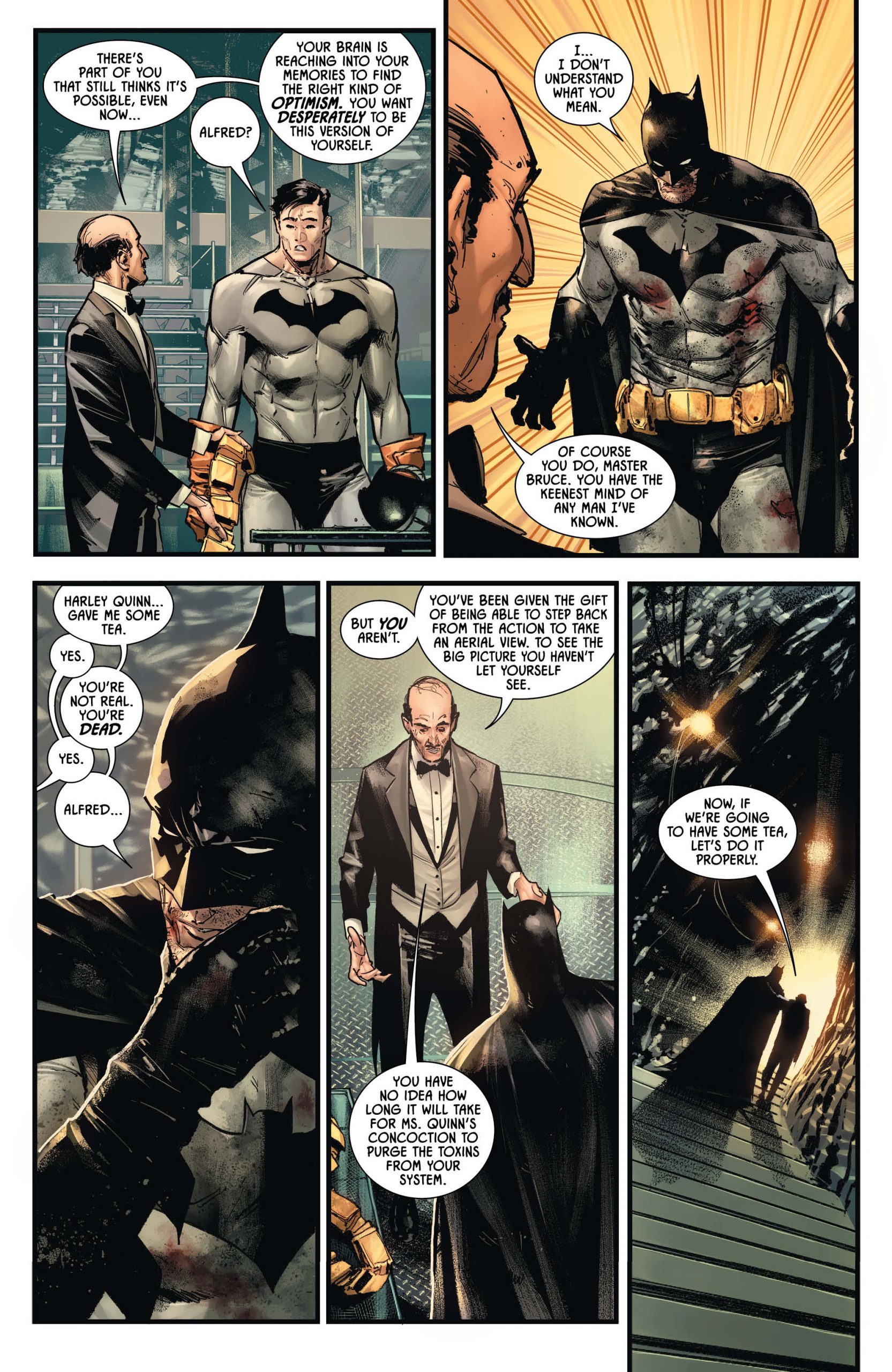 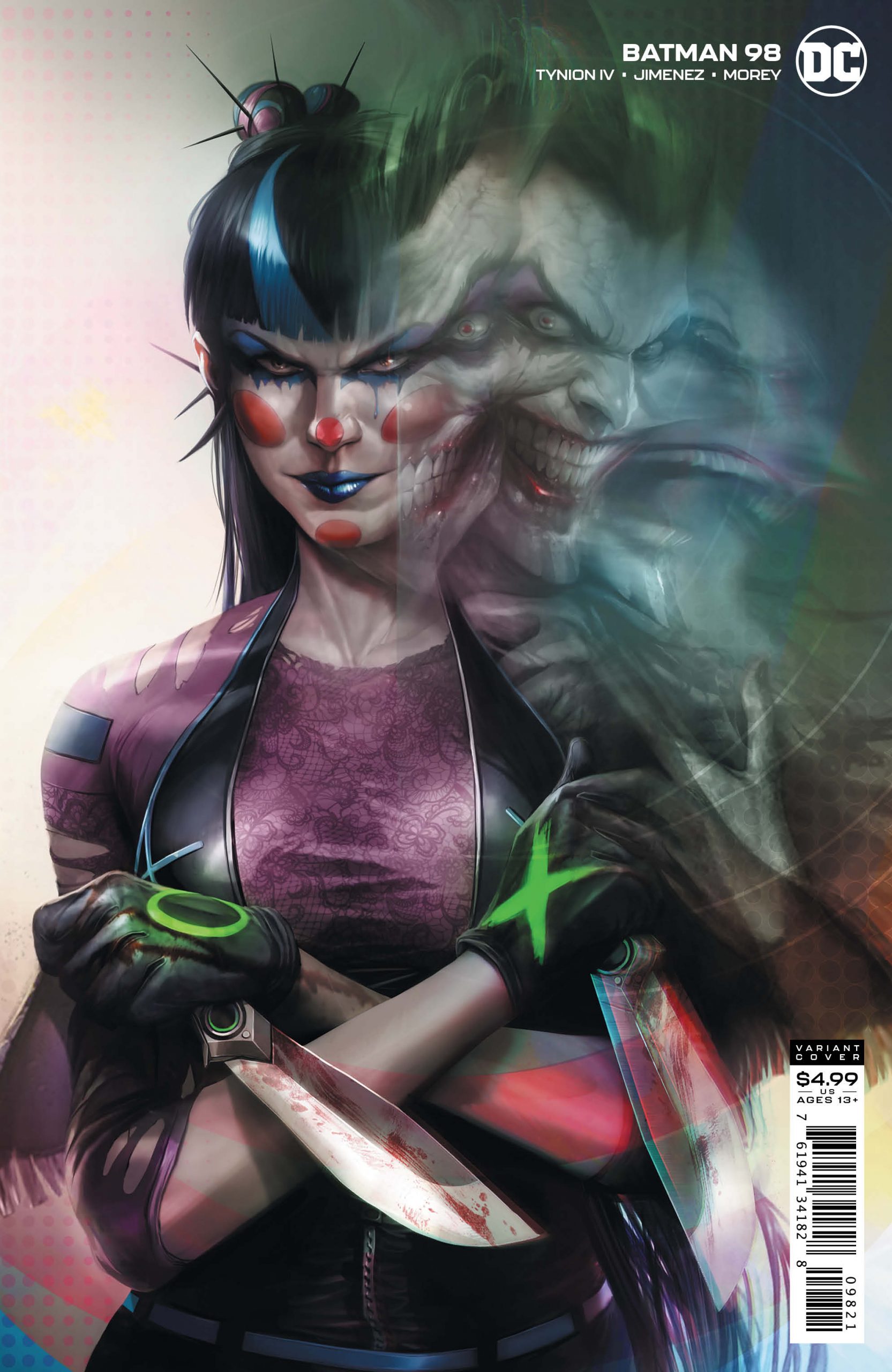 The much more interesting part of the issue shows Batman’s vision quest with Alfred. The character beats are perfectly laid out for the Dark Knight to have an epiphany, and also finally address how much Alfred’s death impacted him emotionally. Tynion is a proficient enough writer to know how to stage a satisfying emotional climax. Combined with Jimenez’s explosive looking art, the apex scene of this arc is one of the most memorable of Tynion’s run so far.

Sure, the resolution’s predictable, and may even be contrary to Batman’s mini-emotional arc from Batman #94, but the kinetic art will enthral you to the point where you won’t really care about that.

It’s also a bit odd that we’re now on part four of six, and the story threads still feel disconnected from one another. We still don’t know what Joker’s overall plan is, Catwoman’s still doing her own thing,and we’ve learned nothing more about Clownhunter. The second half of a story’s when the threads need to start pulling together, but Tynion is taking his time getting there.

Batman #98 features a lot of the tenets of a great comic: awesome art, dynamic action, and decent character moments. However, it hardly does anything outrageously innovative, or reveals anything new about the characters. So far, Tynion’s Batman barely rises above being a typical, enjoyable, action comic.