“The Garden of Mercy” – Part Two 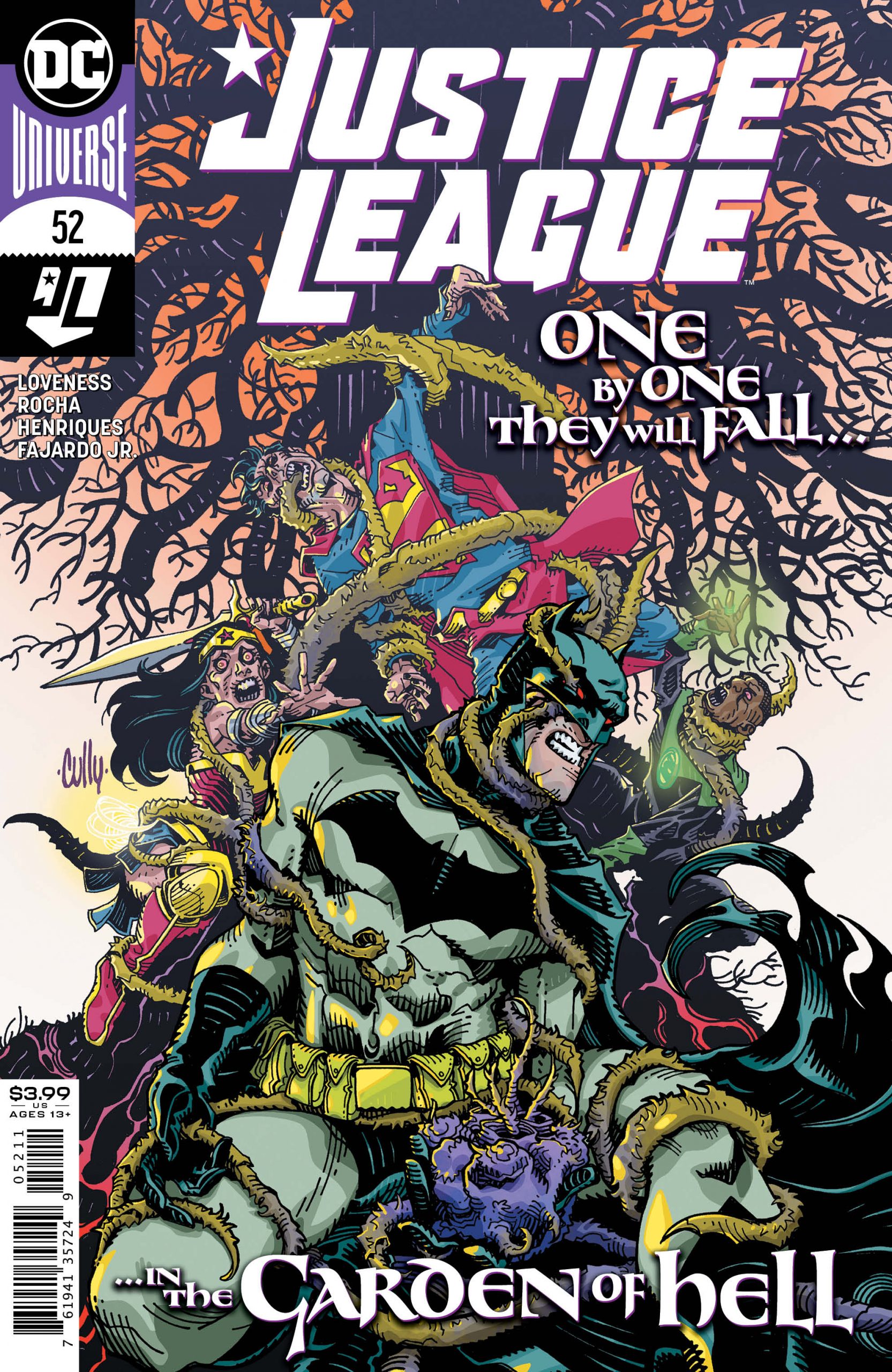 Truth prevails in this week’s Justice League #52, as the League escapes the perilous clutches of the Black Mercy.

Upon trying to return to Earth, the Justice League accidentally stumbled upon the homeworld of the Black Mercy. For those of you who might be unfamiliar with the name, it’s a parasitic plant that saps the life out of its victims while simultaneously inducing a coma, where its host experiences a perfect dream. It first featured in Alan Moore’s 1985 classic “For the Man Who Has Everything” (Superman Annual #11), and it’s has made several appearances over the years. However, this is the first time a writer has explored the Black Mercy’s home planet.

Much of Justice League #52 focuses on Batman – specifically Batman’s dream. In it, the Black Mercy takes on the appearance of Martha Wayne and attempts to convince Batman to give up on the “real world” and surrender to the Mercy’s fantasy.

The death of Thomas and Martha Wayne has become a trope. Seriously, this story has been told and retold countless times, it’s been deconstructed, reconstructed, and ret-conned ad nauseum. Nevertheless, writer Jeff Loveness decides to cover this well-trodden territory in Batman’s Black Mercy dream. There are so many different ways Loveness could have tackled this story, but nope… he goes to the Waynes, and frankly, this is the great weakness of this book.

First, this didn’t need to be a Batman-centric story, as there were four other characters Loveness could have used as a his focus – characters who don’t get nearly the amount of page-time that Batman is afforded across the line. Loveness chose Bats. Second, instead of exploring a more interesting, less covered portion of the Dark Knight’s history, he plunges right into one of the most over-told stories in pop culture. This issue feels like a wasted opportunity to tell a much more interesting tale. 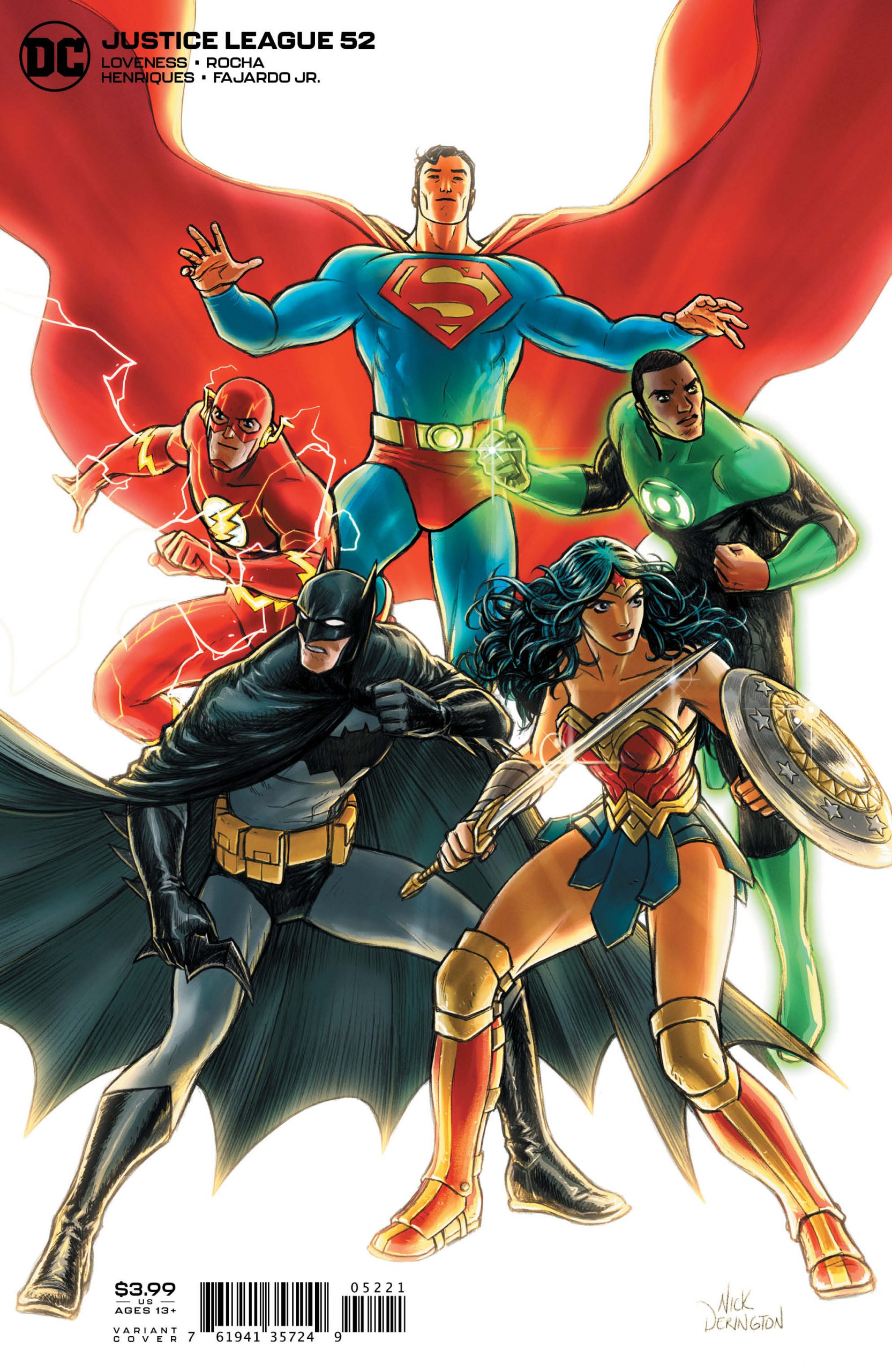 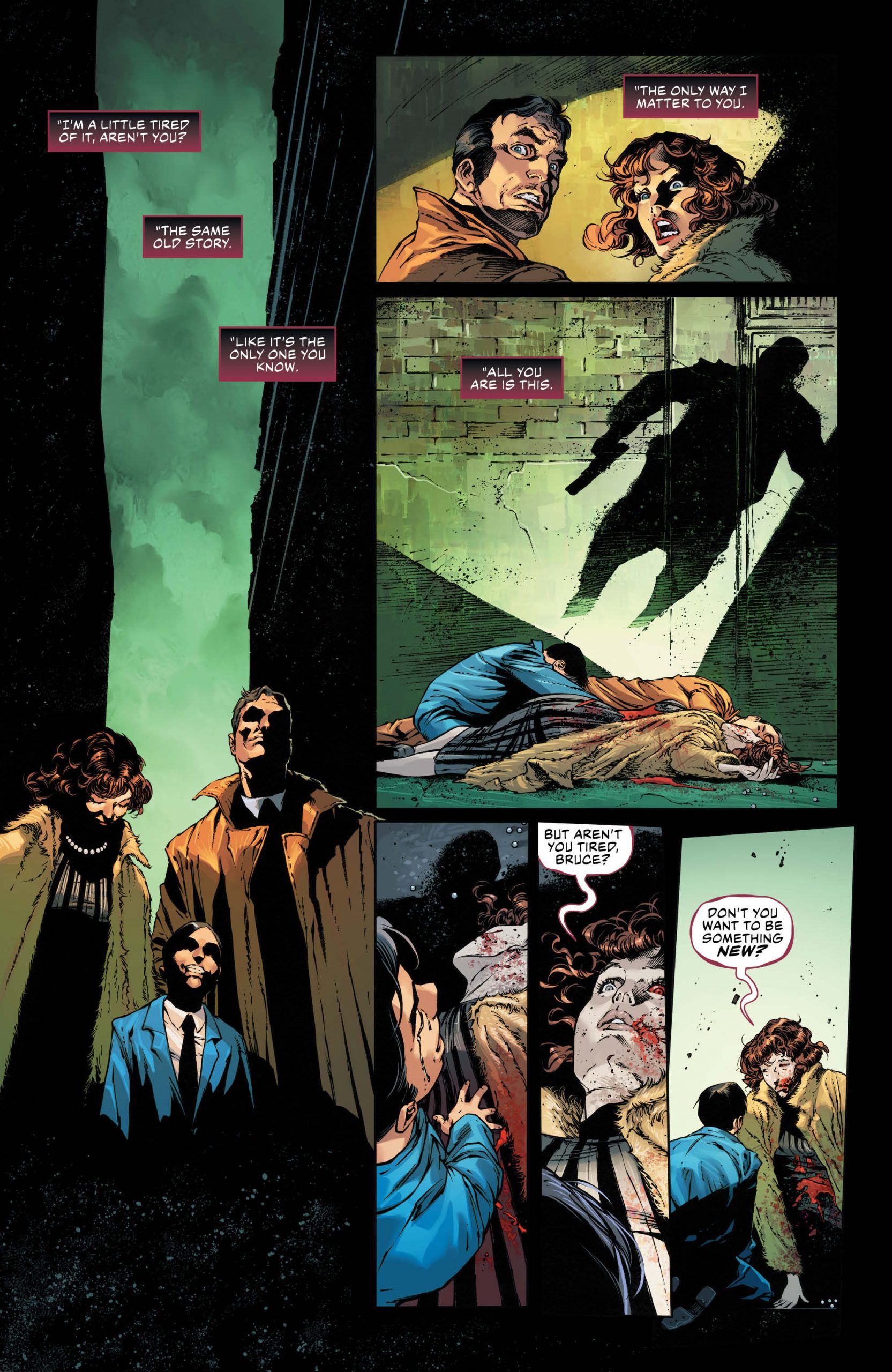 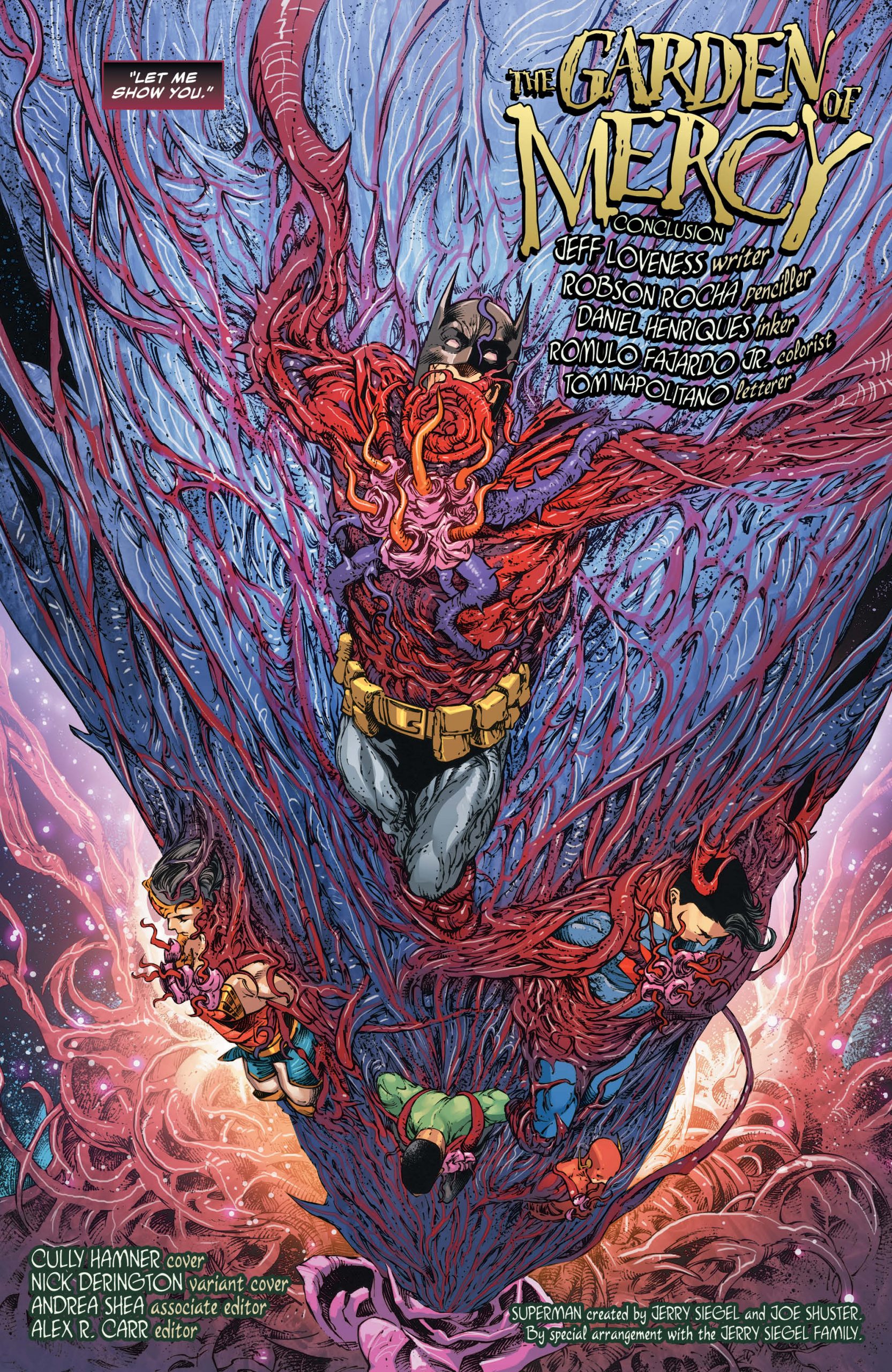 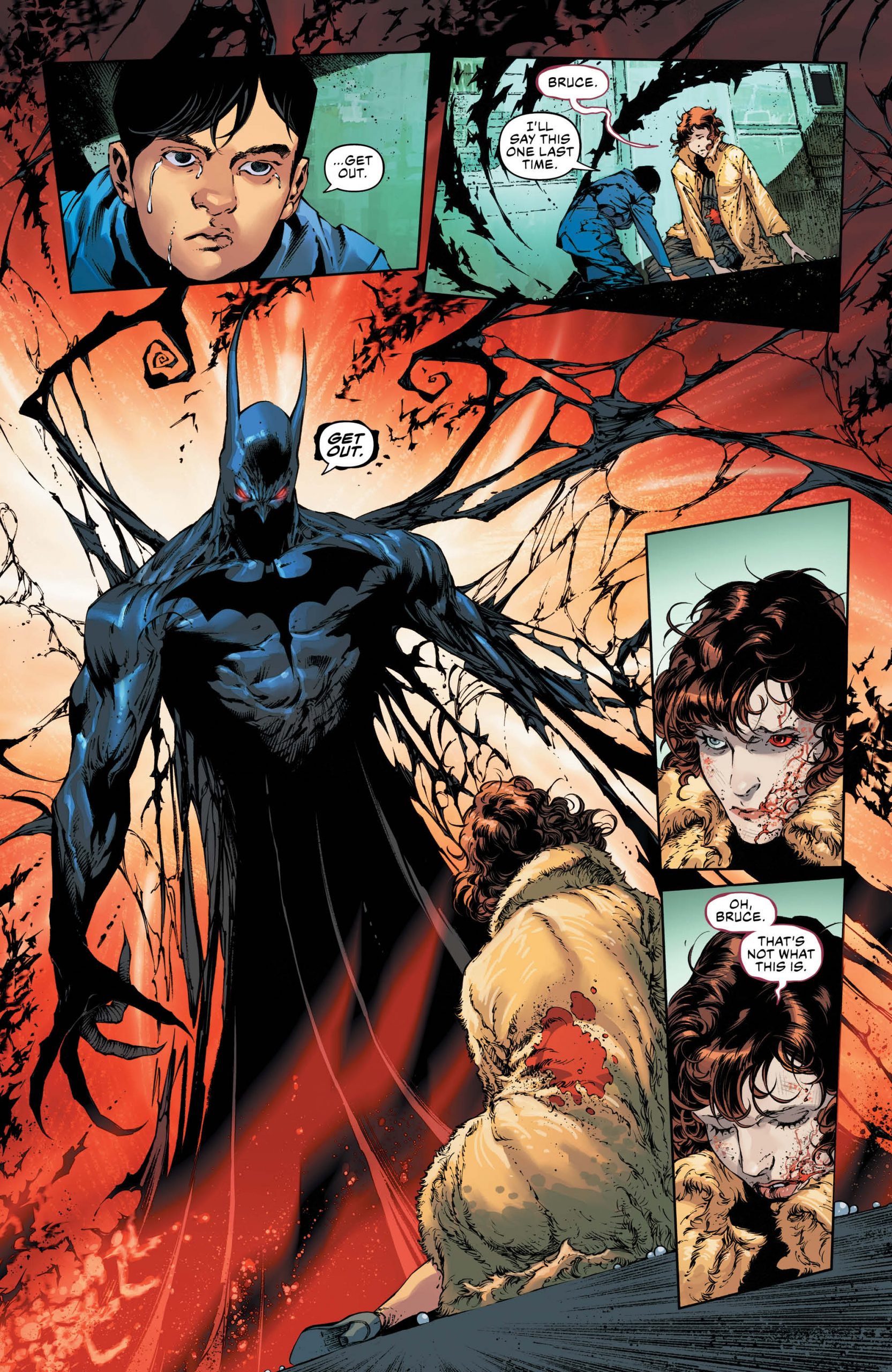 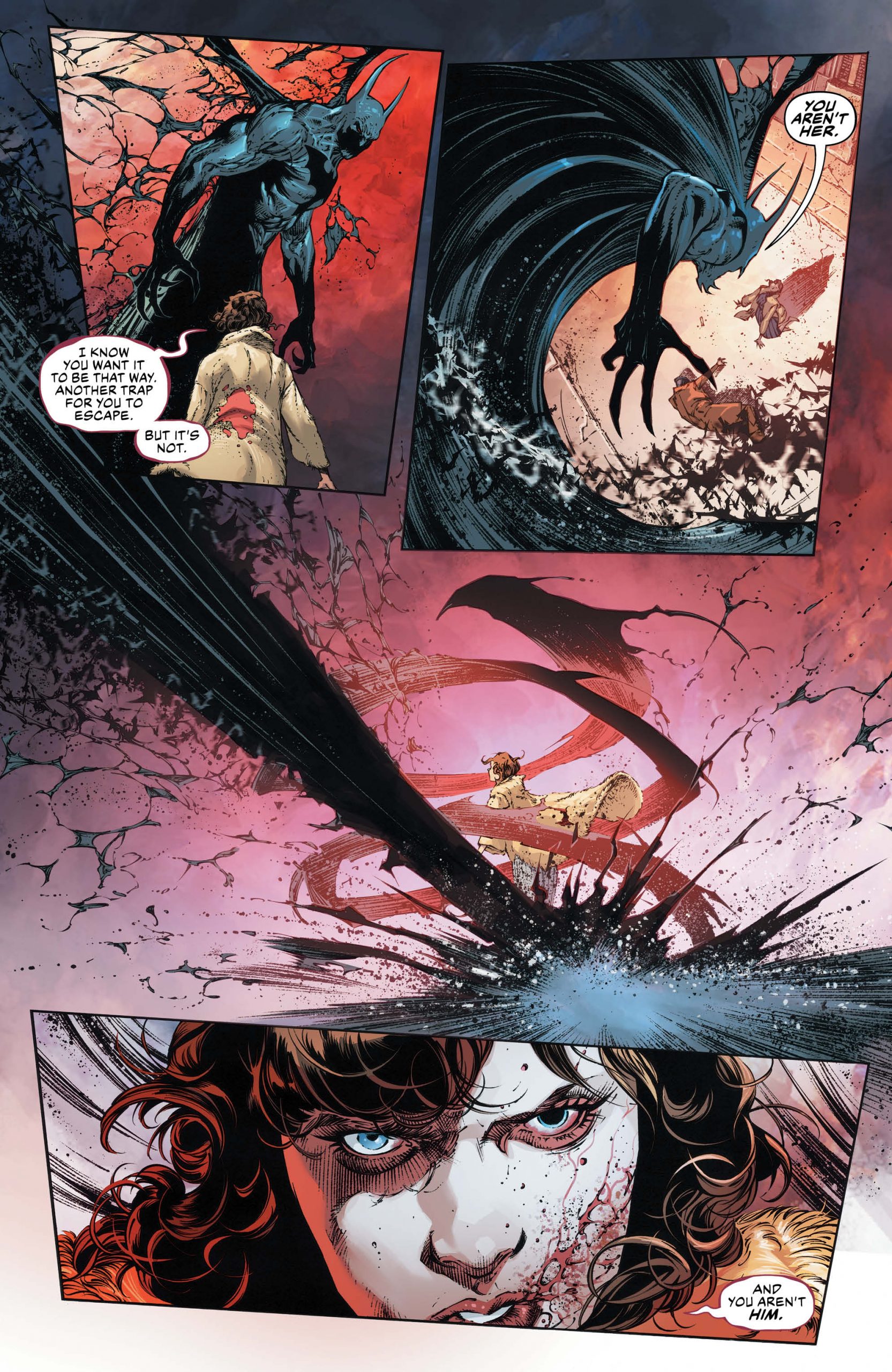 Plant Horror at its Finest

Despite Loveness’ somewhat lacklustre script, the art in this issue is absolutely spectacular. Robson Rocha and Daniel Henriques do a great job in depicting the Lovecraftian horror of the situation. The Black Mercy is delightfully designed in a creepy spindle-like fashion that will inevitably spawn nightmares for readers.

Romulo Fajardo Jr.’s colors add to the Gothic tone, utilizing muted colors to reinforce the bleak nature of the Mercy’s homeworld. Finally, I want to give a shout out to Tom Napolitano whose lettering also adds to the horror of the piece. Specifically, Napolitano letters the Black Mercy’s speech in a very eerie manner that emphasizes the faux Martha Wayne’s alien voice. It a very effective feature of the issue.

Justice League #52 concludes a fairly mundane period for the Justice League franchise. With the exception of Simon Spurrier’s “The Rule of War” arc, Justice League has been average, at best. I’ve said it once, but I’m going to say it again: DC has been killing time until Doom Metal. Well, the eagerly anticipated Death Metal crossover starts next issue, and it couldn’t have come any sooner. Loveness’ two-part story was simply unnecessary, and painfully conventional. Luckily, the art team really brought their “A-game”, so the issue wasn’t a complete dud.

Final Verdict: If you wanna see the Waynes get murdered again, then this is the book for you.