“The Garden of Mercy” – Part One 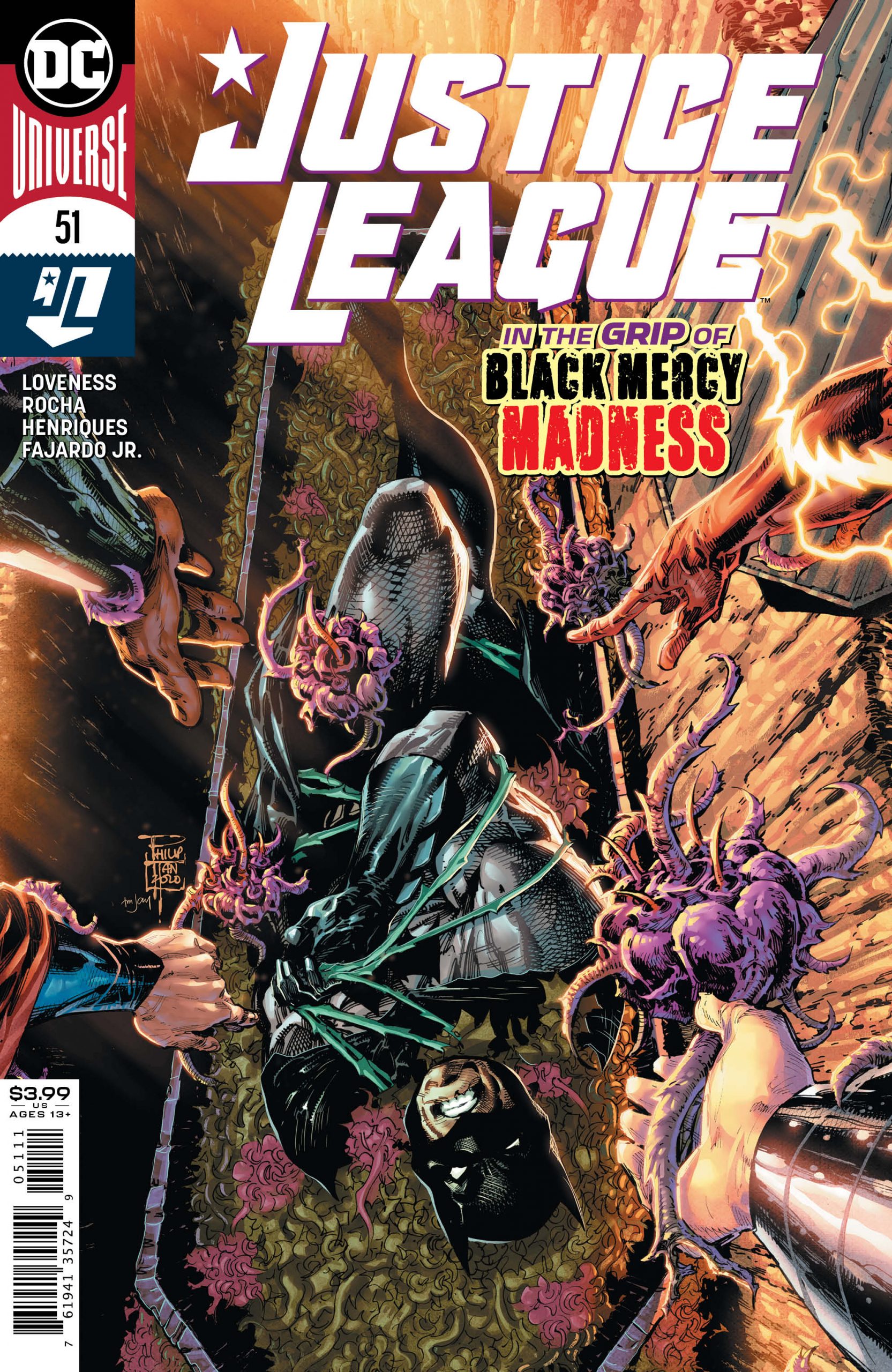 The League faces the dangers of both their dreams and nightmares, as they encounter the Black Mercy in this week’s Justice League #51.

After their encounter with the Trotha, the League is on their way back to earth. However, something mysteriously happens to their ship’s navigation system, and they end up in the orbit of a “dead planet” surrounded by “dead ships” – needless to say, this isn’t the scenic route. The team then lands, and begins to investigate. It turns out, this unknown planet is the homeworld to the Black Mercy: a parasitic plant that sends its victims into a dream-like coma where they experience their greatest dreams becoming reality.

The Horrors of the Mind

Guest writer, Jeff Loveness (of Antman and the Wasp and Rick and Morty fame), makes his debut at DC with a somewhat bizarre script. The issue is entirely narrated by the Black Mercy, as it lures the League into its trap. In fact, the issue is entirely carried on the back of this narration, as the Black Mercy becomes the central character of the story. Therefore, the issue is essentially a psychological horror tale. It’s heavy on character but light on plot. In a very strange move (at least in my mind), Loveness doesn’t lean into the most basic element of superhero comics: action. Justice League #51 is practically void of any. Granted, Loveness is writing a two-part filler arc, so it’s not as if he has much panel space for a sprawling, epic battle. Still, you’d think he’d a least let someone throw a punch. 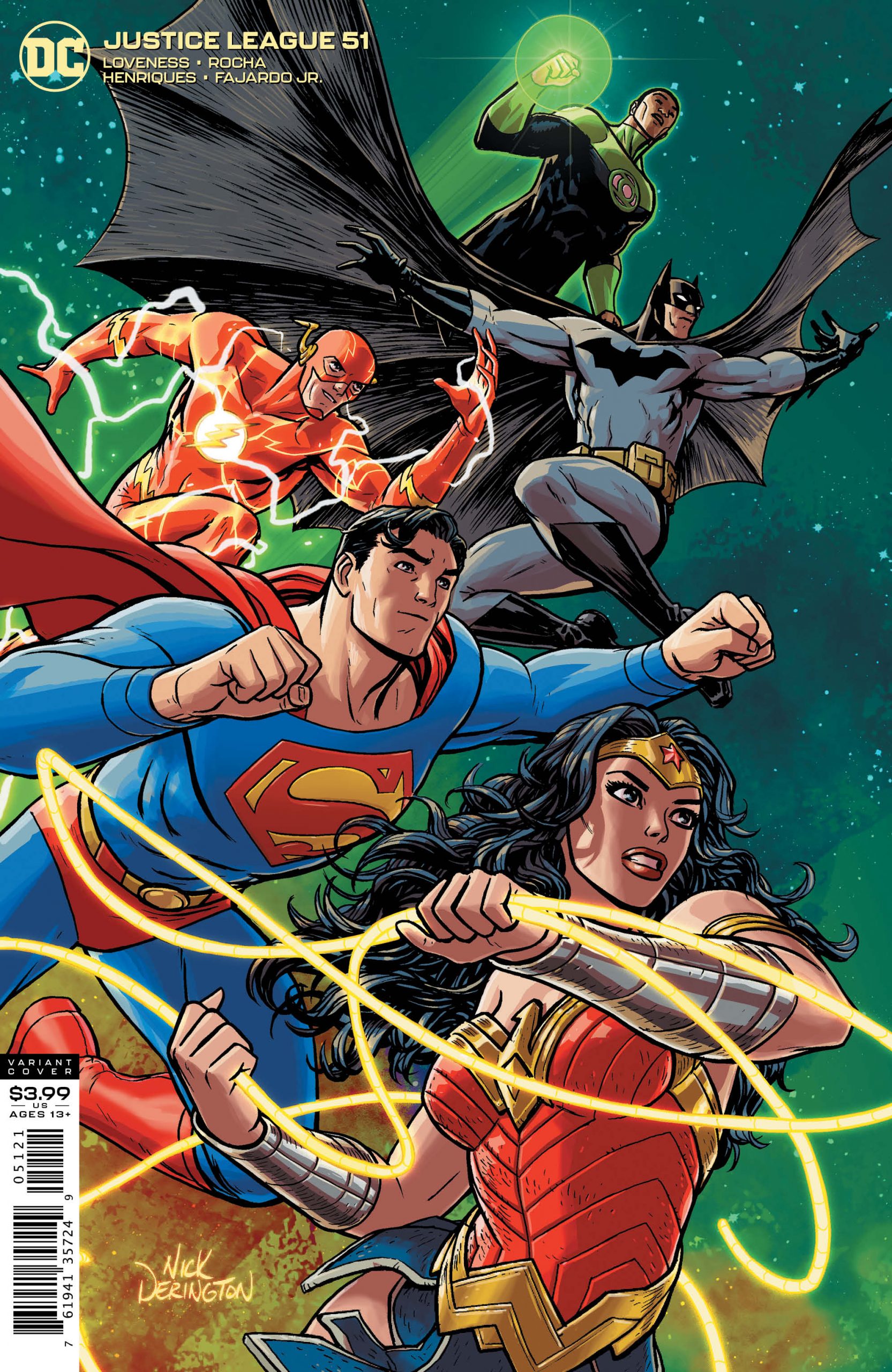 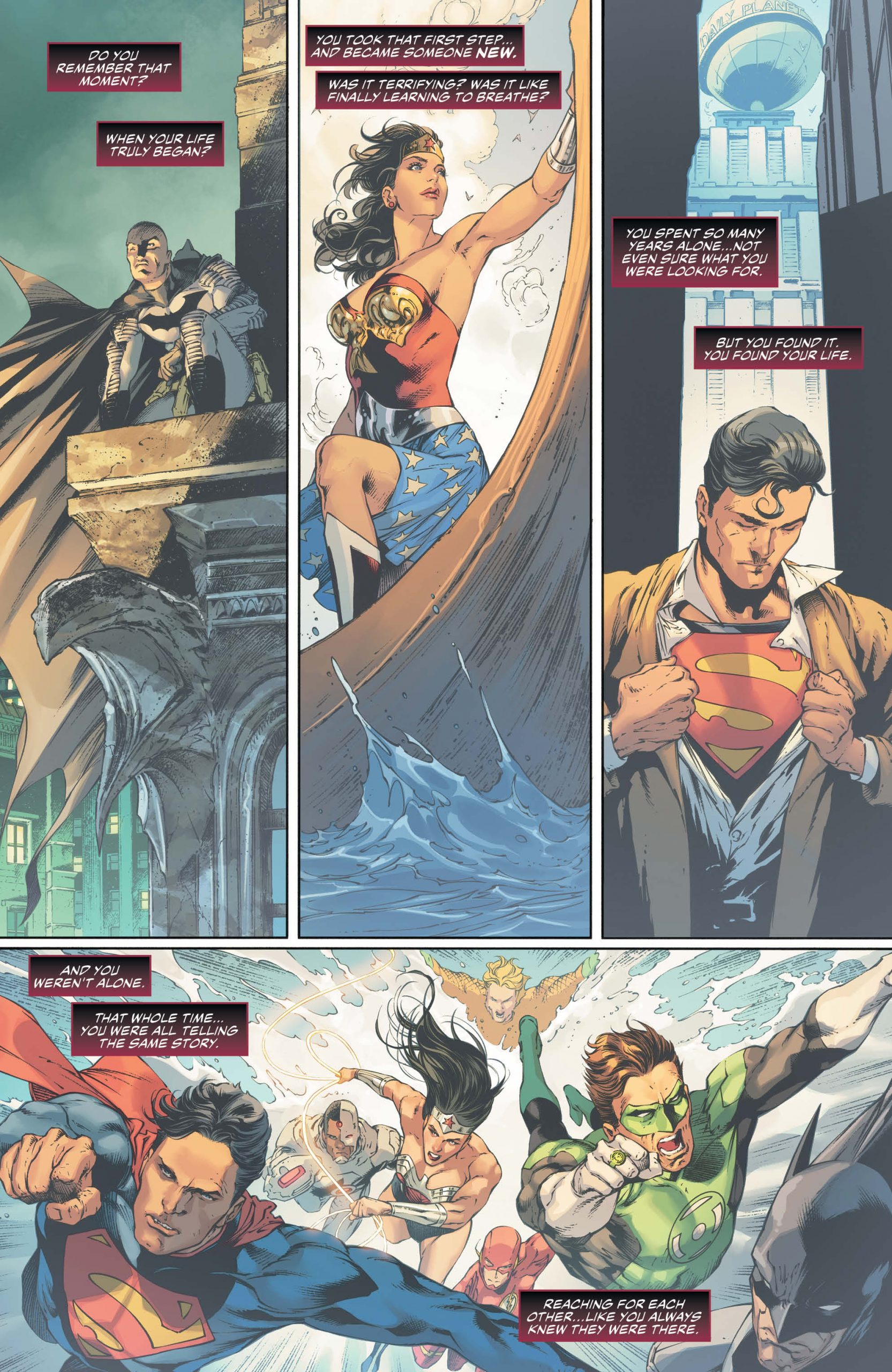 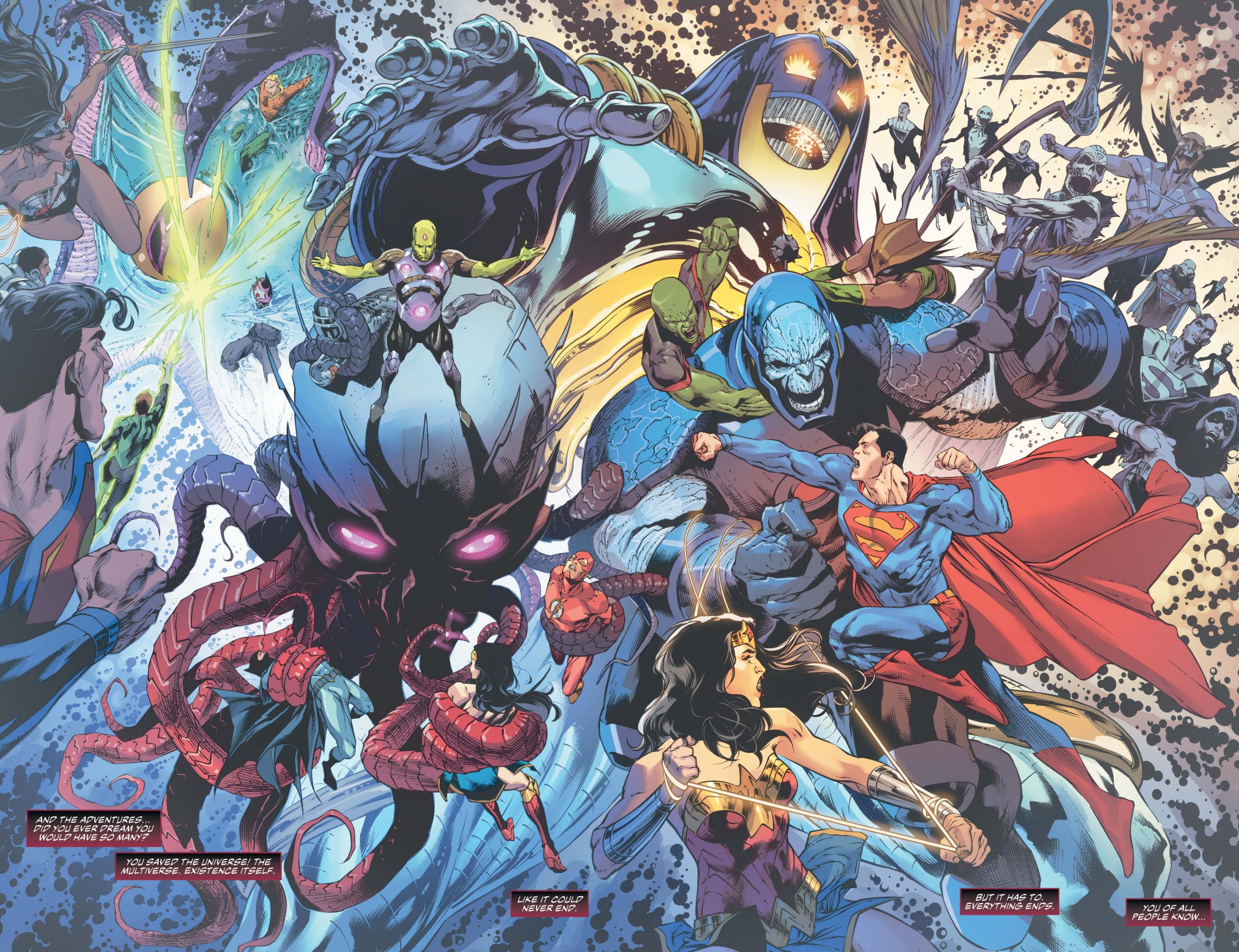 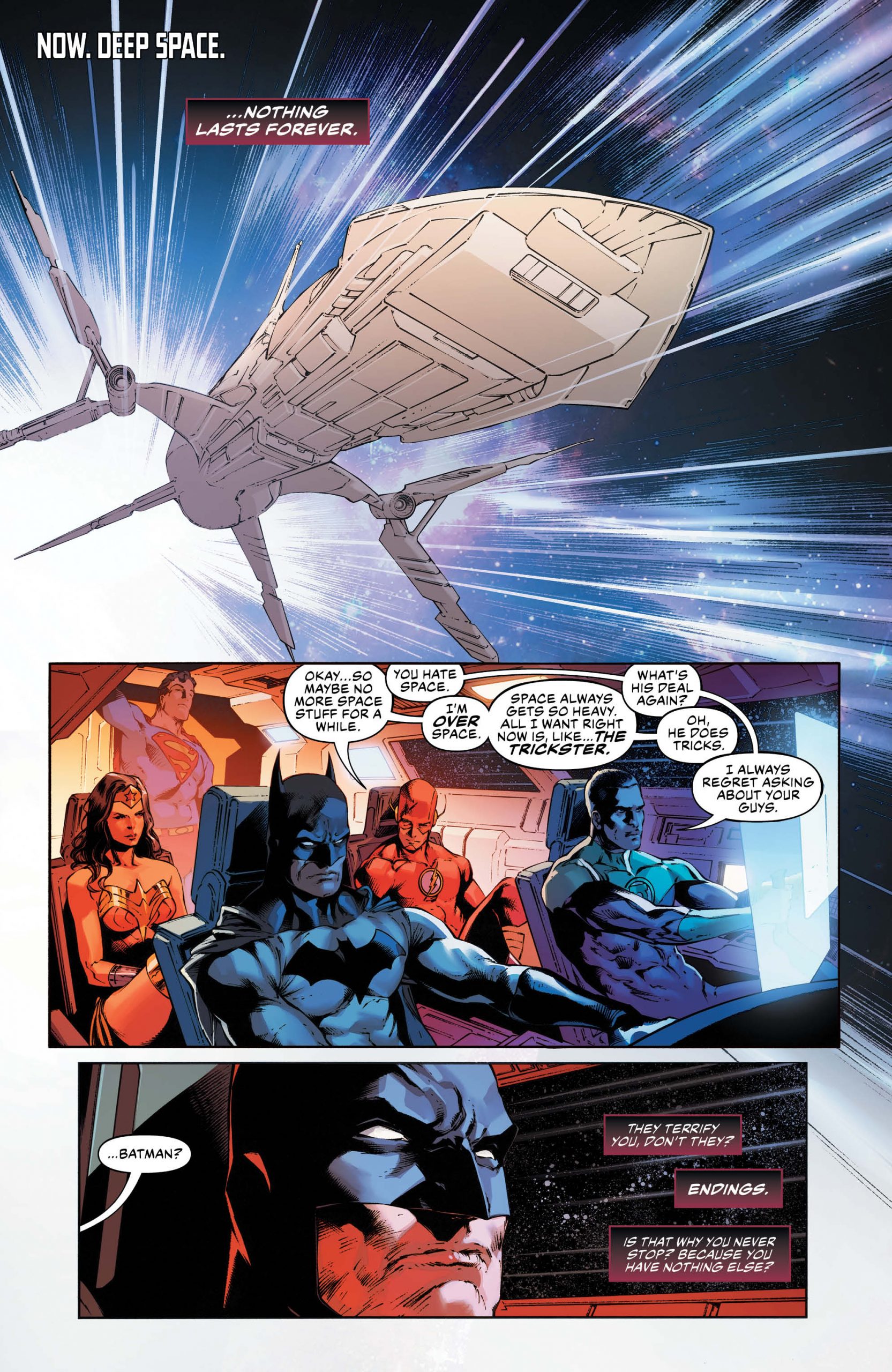 Robson Rocha and Daniel Henriques do an excellent job capturing the tone of Loveness’ script with his art, as the Black Mercy is utterly terrifying. Watching it consume people with its vines is fodder for nightmares. The line-art is accompanied by some excellent color from Romulo Fajardo Jr., who rendered much of the issue in an eerie purple that made my skin crawl.

As I mentioned earlier, this issue is light on plot; however, Rocha’s work largely compensates. The first three pages of the story are flashbacks to critical moments in DC continuity. Roach draws some amazing scenes featuring villains such as Brainiac, Darkseid, and the Anti-Monitor. When the issue flashes forward to the present, the visual storytelling is visually well-paced as it moves from character to character. Also, Rocha does some creative panel work, which always a nice addition to an issue.

Justice League #51 is a well-executed horror story that features superheroes. While Loveless’ script is unconventional, he nevertheless manages to engage the reader with his take on Alan Moore’s Black Mercy. Rocha and Fajardo manage to capture the terror of the deadly plant with some amazing artwork.

Final Verdict: it might be filler, but it’s not a bad read.