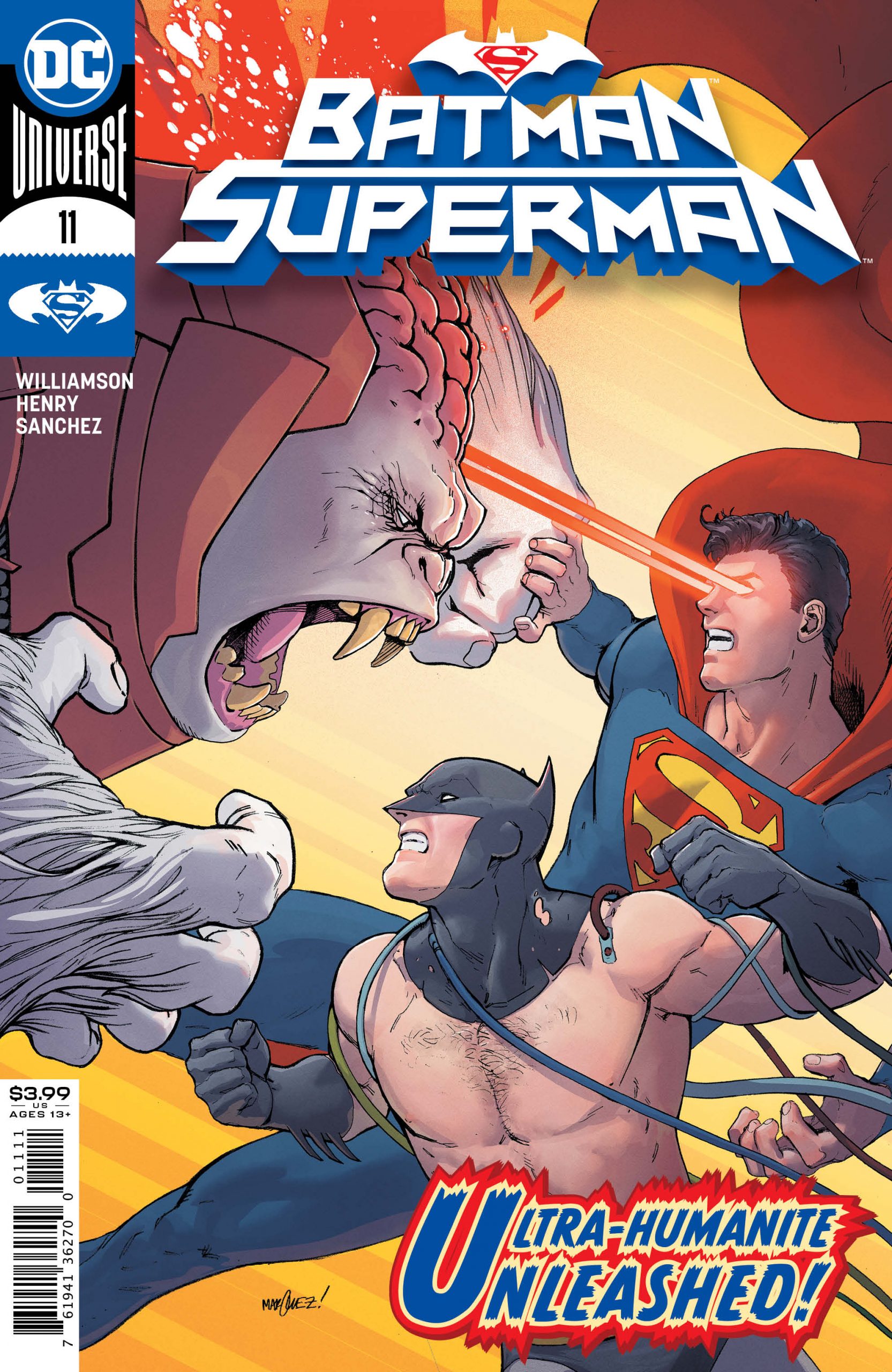 The Dark Knight becomes an atomic puppet, as the Ultra-Humanite continues to play mind games in this week’s Batman/Superman #11.

In case you haven’t been paying attention, let me get you up to speed. A mad scientist trapped in a giant gorilla body (aka The Ultra-Humanite), has taken control of Batman’s body, endowed it with Atomic Skull’s powers, planning to use it to kill Superman.

The issue opens with the mind-controlled, atomic Batman smashing up Gotham. Of course, Superman arrives, and the two heroes duke it out. All this eventually leads to the Man of Steel going toe-to-toe with the Ultra-Humanite in an epic fight scene.

One of the things that has been wonderful about this particular title is its tone. While the first arc of this incarnation of Batman/Superman was fairly grim thanks to The Batman Who Laughs, Williamson’s stories pivoted hard. Between pixie-sized Kryptonian zombies, and a giant gorilla with the brain of a mad scientist, the previous two arcs have been absolute, unadulterated, comic-book fun. Williamson leans into the absurdity of the superhero genre, making no apologies for its insanity. This banana-nut-muffin wackiness is refreshing, compared to the sometimes dour atmosphere of the DCU. 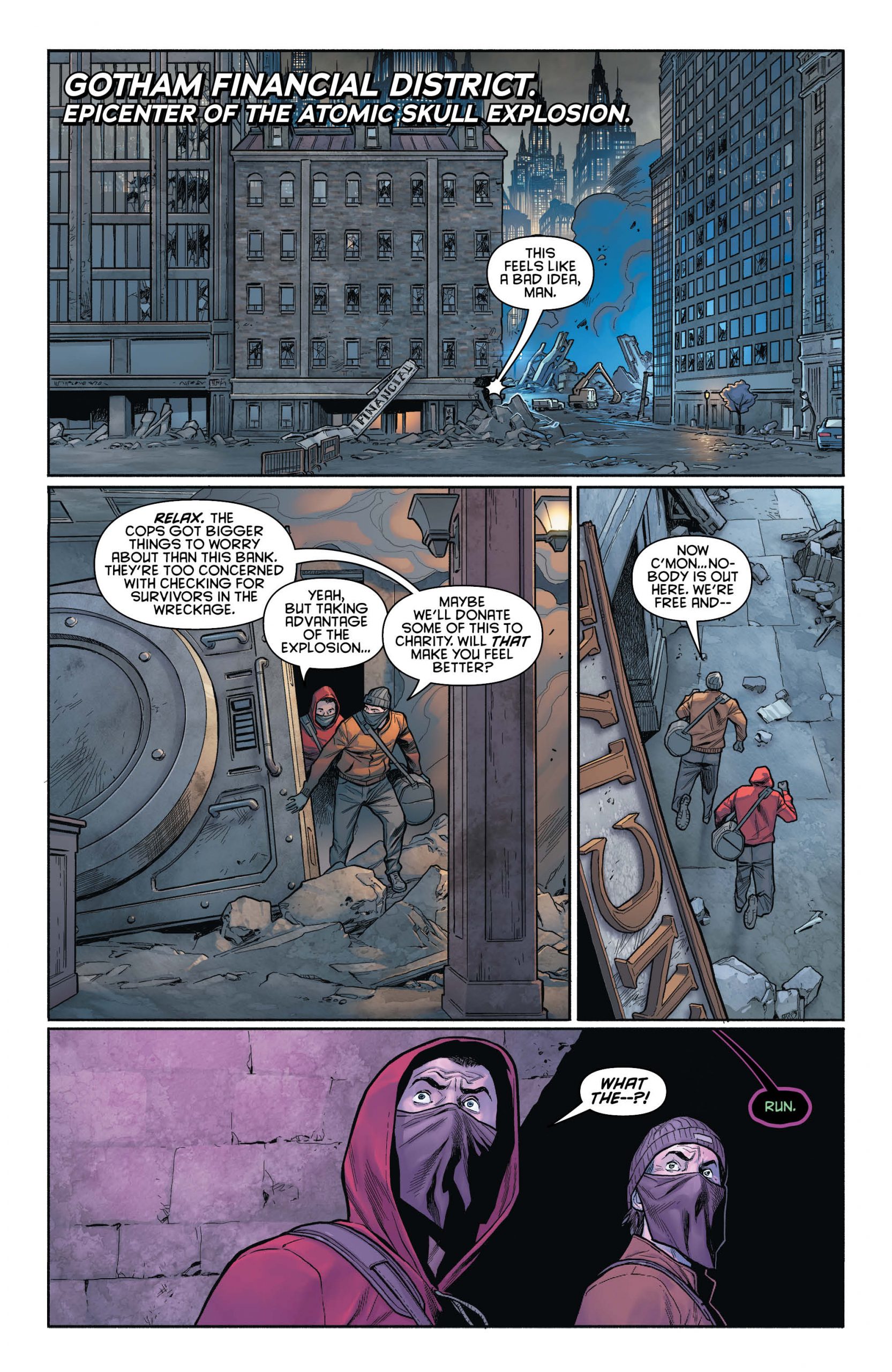 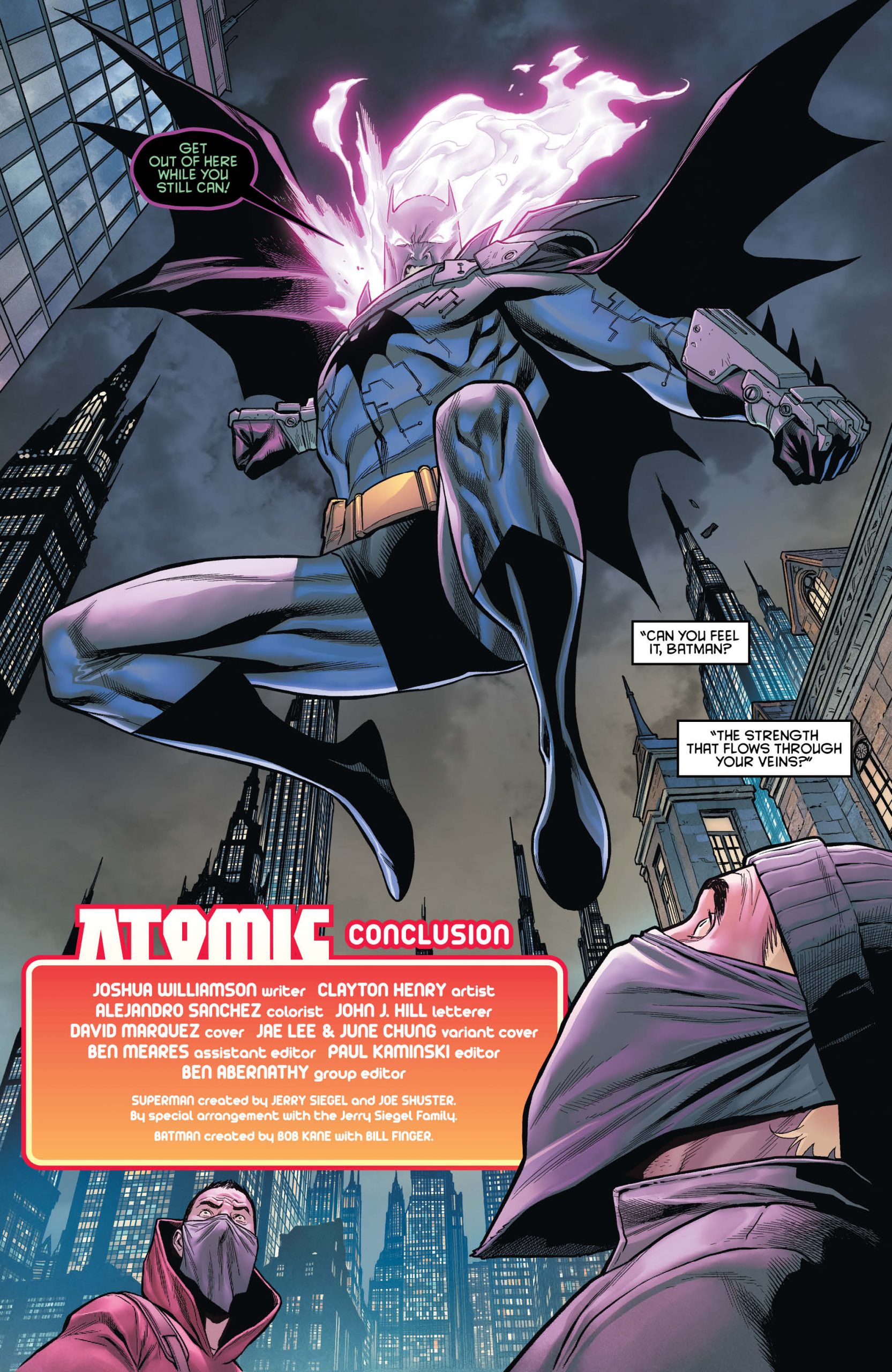 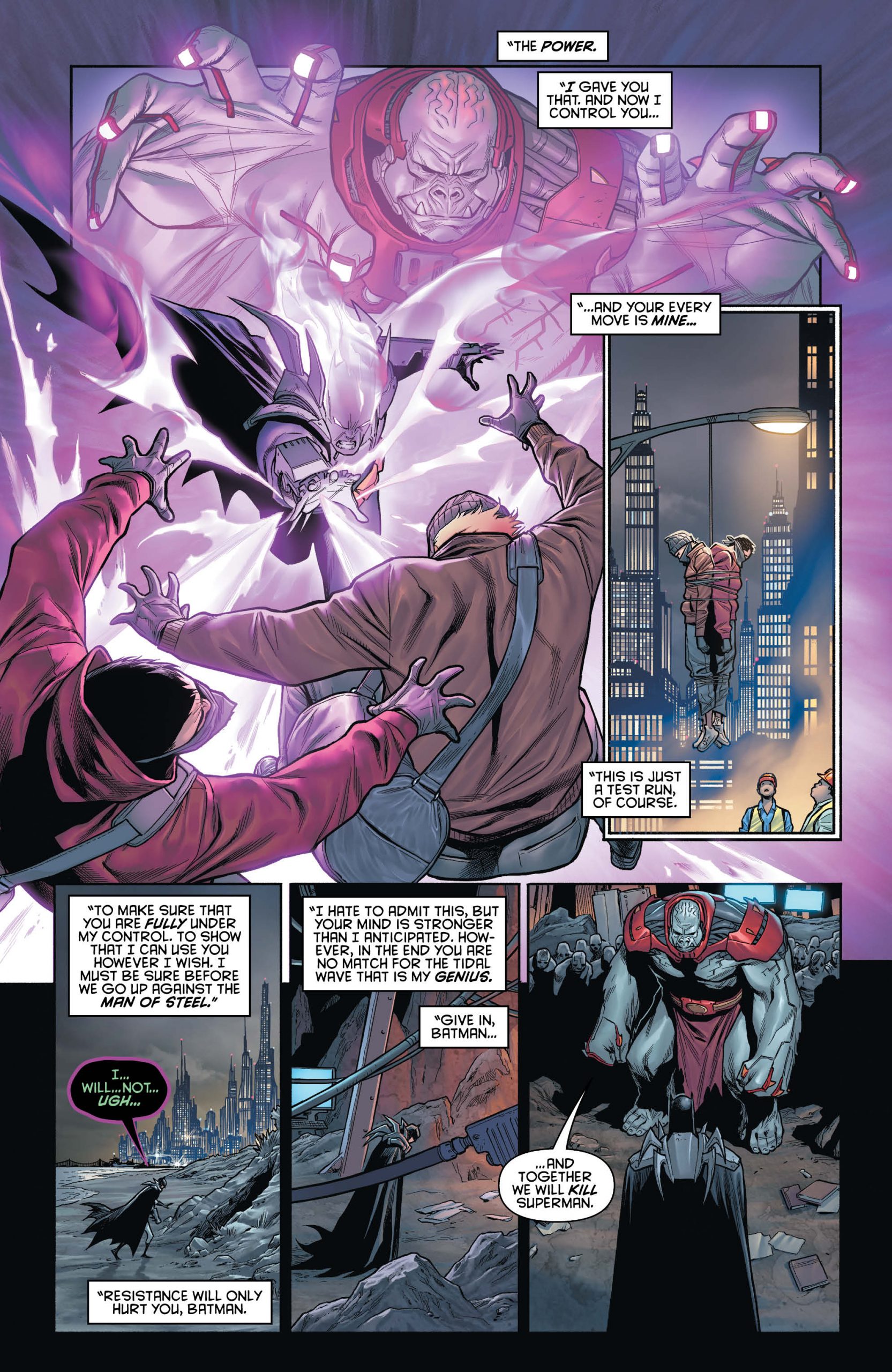 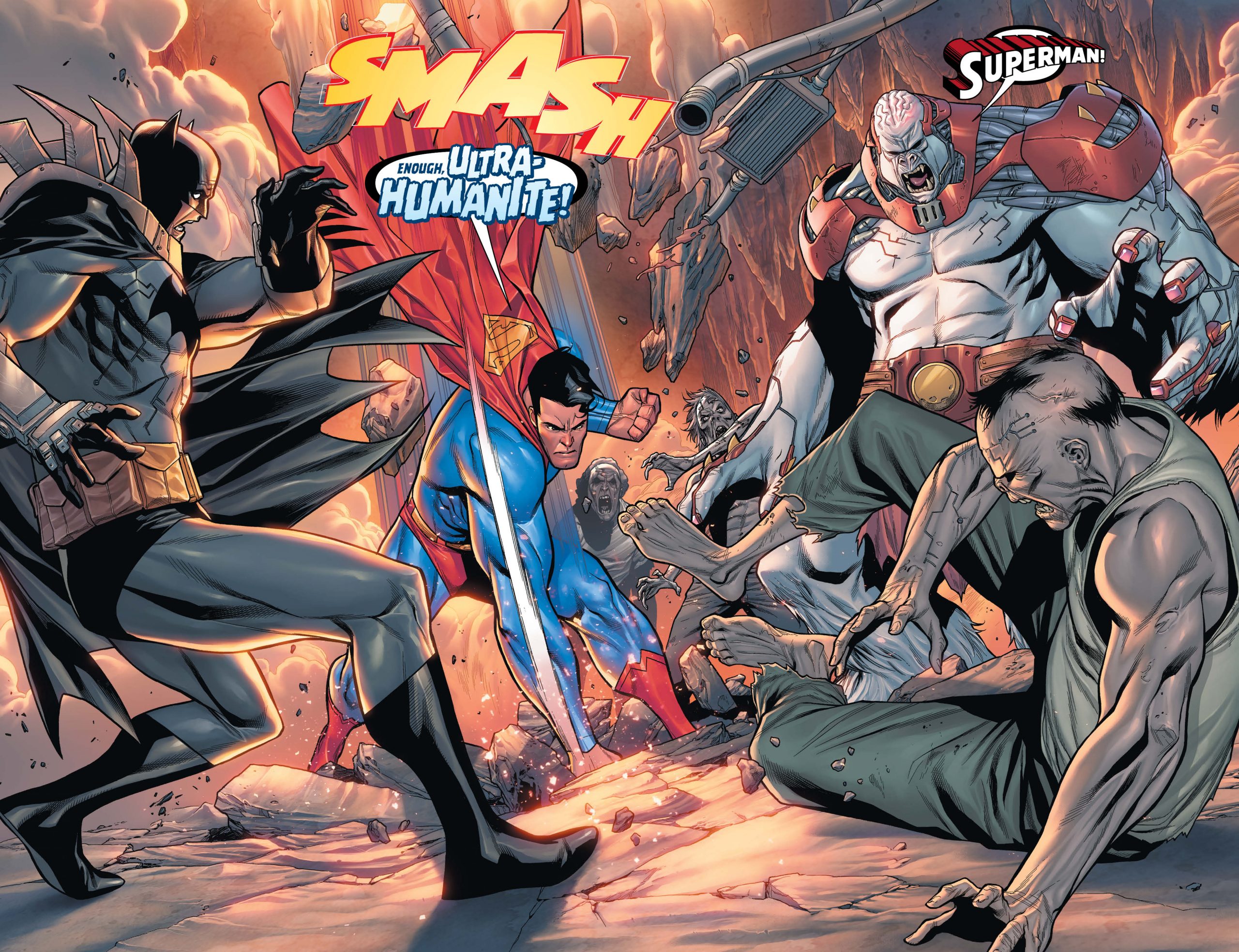 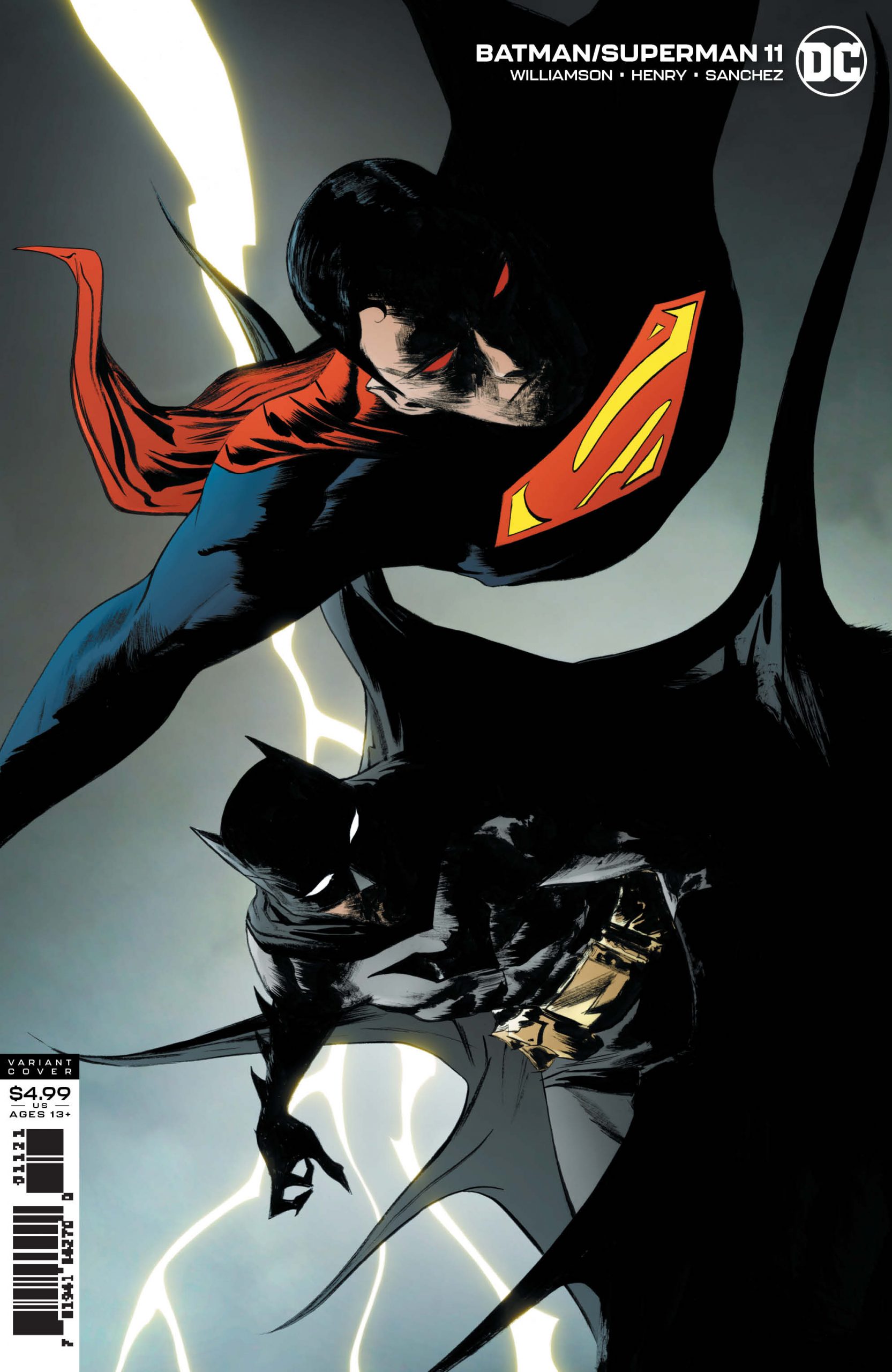 After three issues of unusually elongated heads, I’ve warmed to Clayton Henry’s work, coming to the conclusion that proportional human bodies are overrated. It’s dawned on me that Henry’s art is intentionally cartoony, and, while it has elements of DC’s realistic house style, Henry’s pencils have a stylized flair to them that’s unmistakable. Not to mention his work is stunning, especially his action sequences. His layouts are dynamic, and well-paced. While his human heads often look like warped cylinders, I’m oddly okay with that now. It’s a trade-off I’m willing to stomach, as long a he continues to get work at DC.

Underneath the superhero shenanigans and pipe-like noggins, Batman/Superman #11 has heart. If you strip away the outlandish trappings and veneer, this story is about friendship and sacrifice. Williamson never loses sight of these characters’ humanity, even if Clayton gives them alien-shaped craniums.

Considering Williamson’s track record and his preview for the upcoming arc, I’m genuinely excited about what’s coming next.