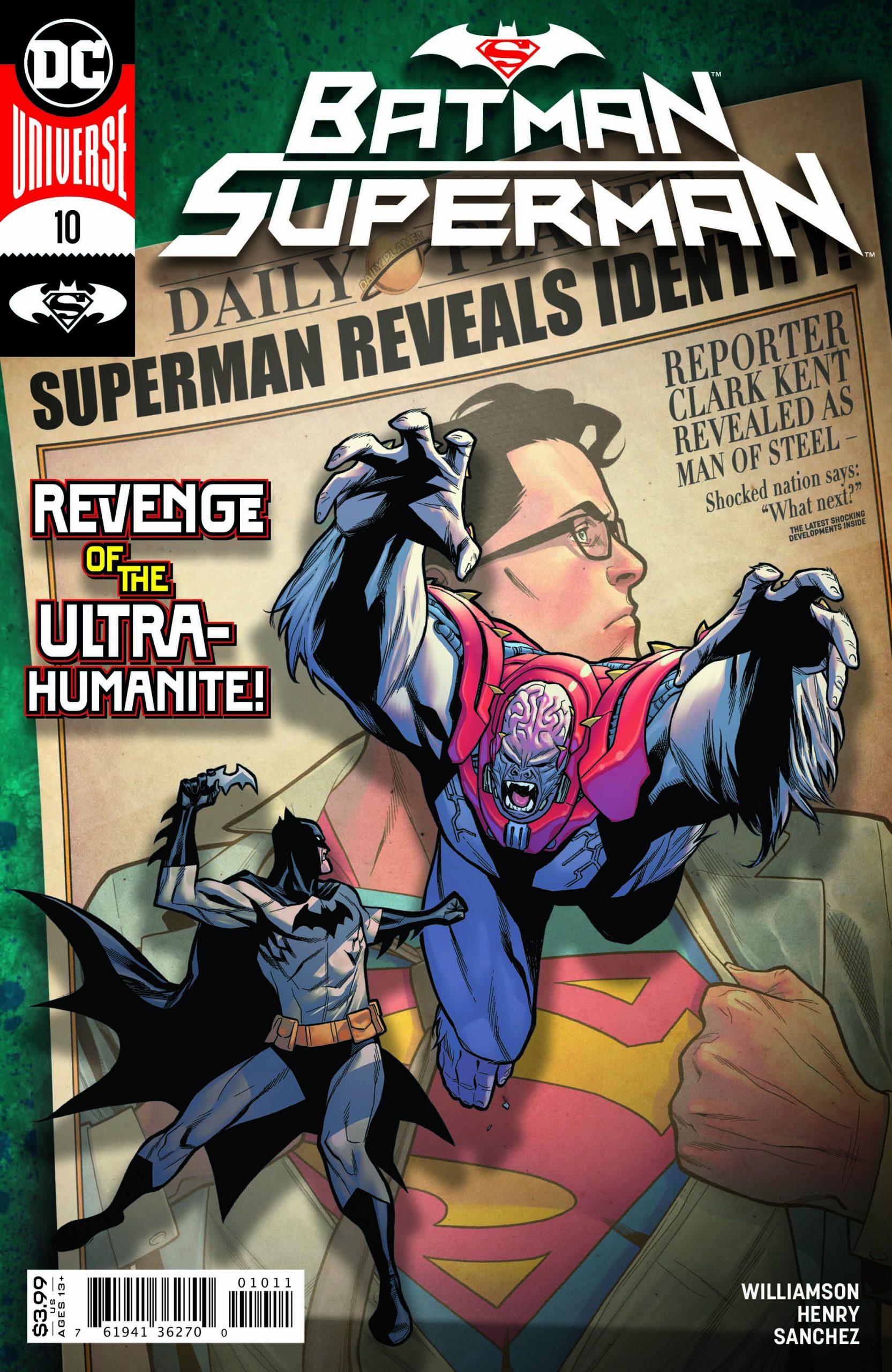 This week’s Batman/Superman #10 answers a long-debated question: who would win in a fight – an army of exploding cyborg zombies or the World’s Finest?

Okay… so maybe this question hasn’t actually been at the forefront of fans’ minds, but Batman/Superman #10 is proof that it should have been!

Last month the Atomic Skull exploded in Gotham City, and this issue opens with Batman and Superman examining the reformed villain’s remains in the Batcave. During the autopsy, Batman discovers various pieces of tech from a number of companies’ R&D departments: such as Waynetech, Kord Industries, S.T.A.R. Labs… etc. This discovery leads our heroes to Gotham Industrial Clean Waste: the city’s junkyard for hazardous materials. Upon their arrival, the World’s Finest discover that the facility’s staff are actually cyborg zombies controlled by Ultra-Humanite: a giant ape with the brain of a mad scientist.

Willaimson’s script is delightfully bananas. Seriously – this story is about exploding villains, cyborg zombies, and a giant ape with telepathic powers. Yet, despite all of its bizarre dressings, Williamson still manages to explore some very complex and interesting themes. 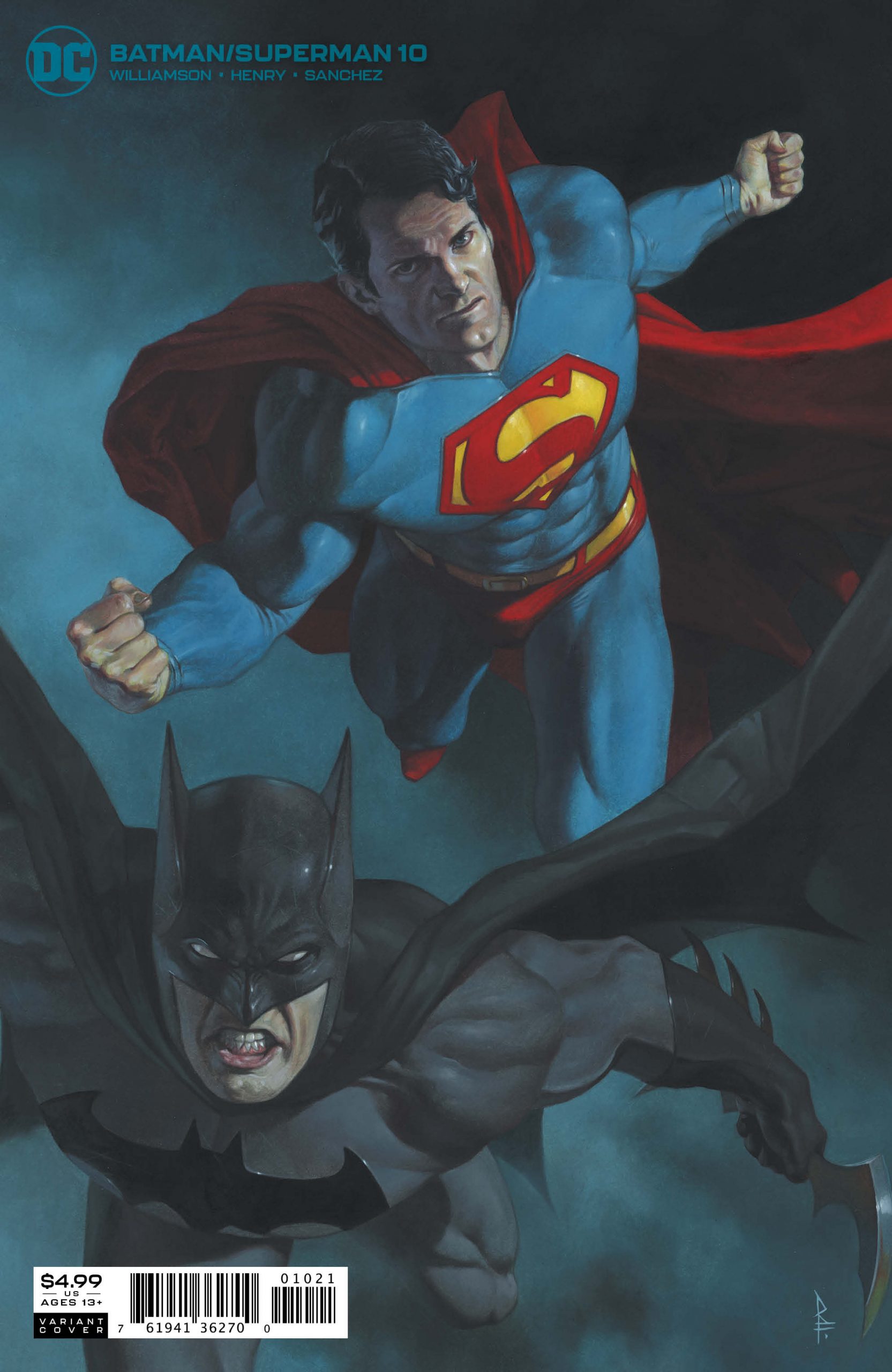 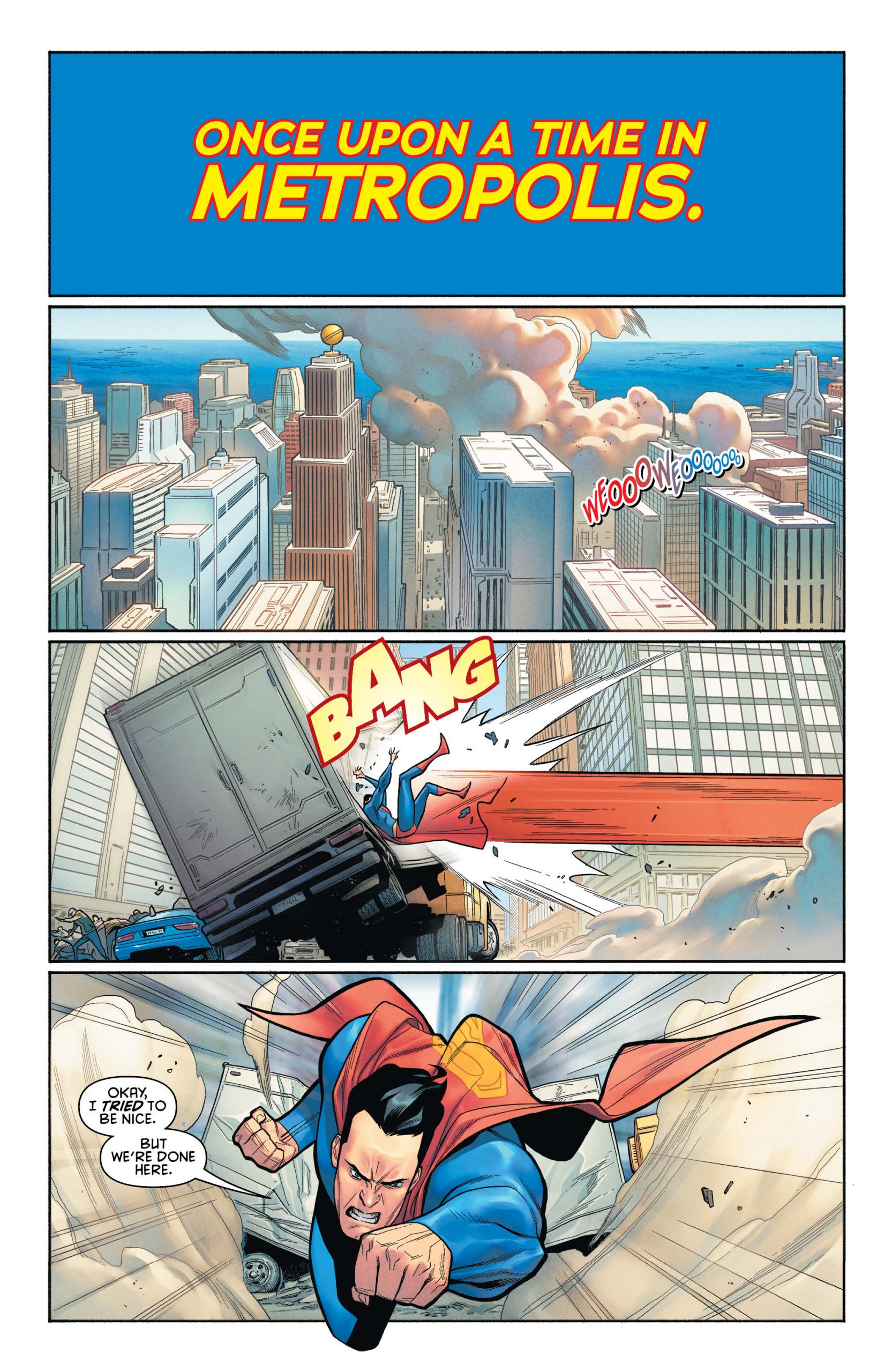 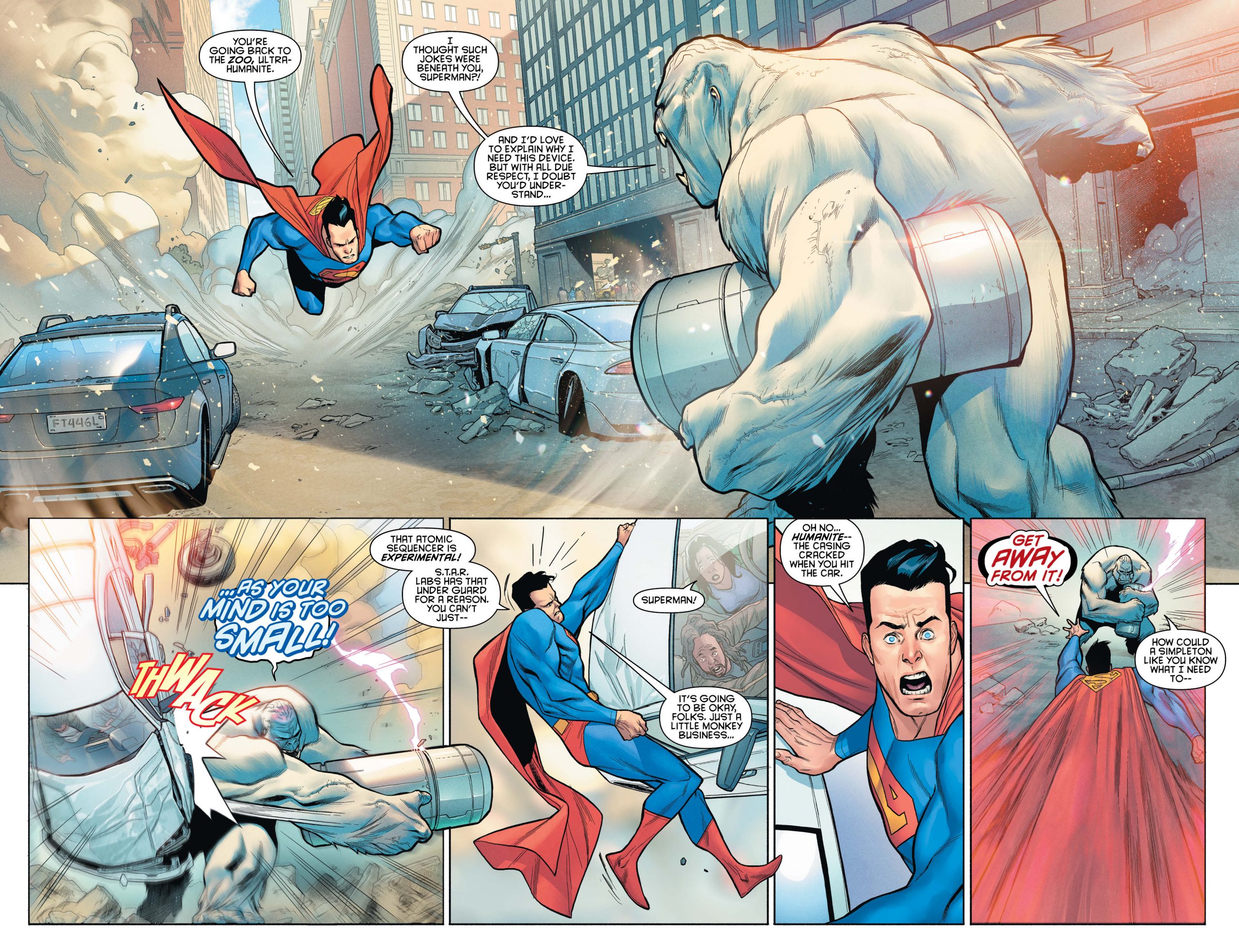 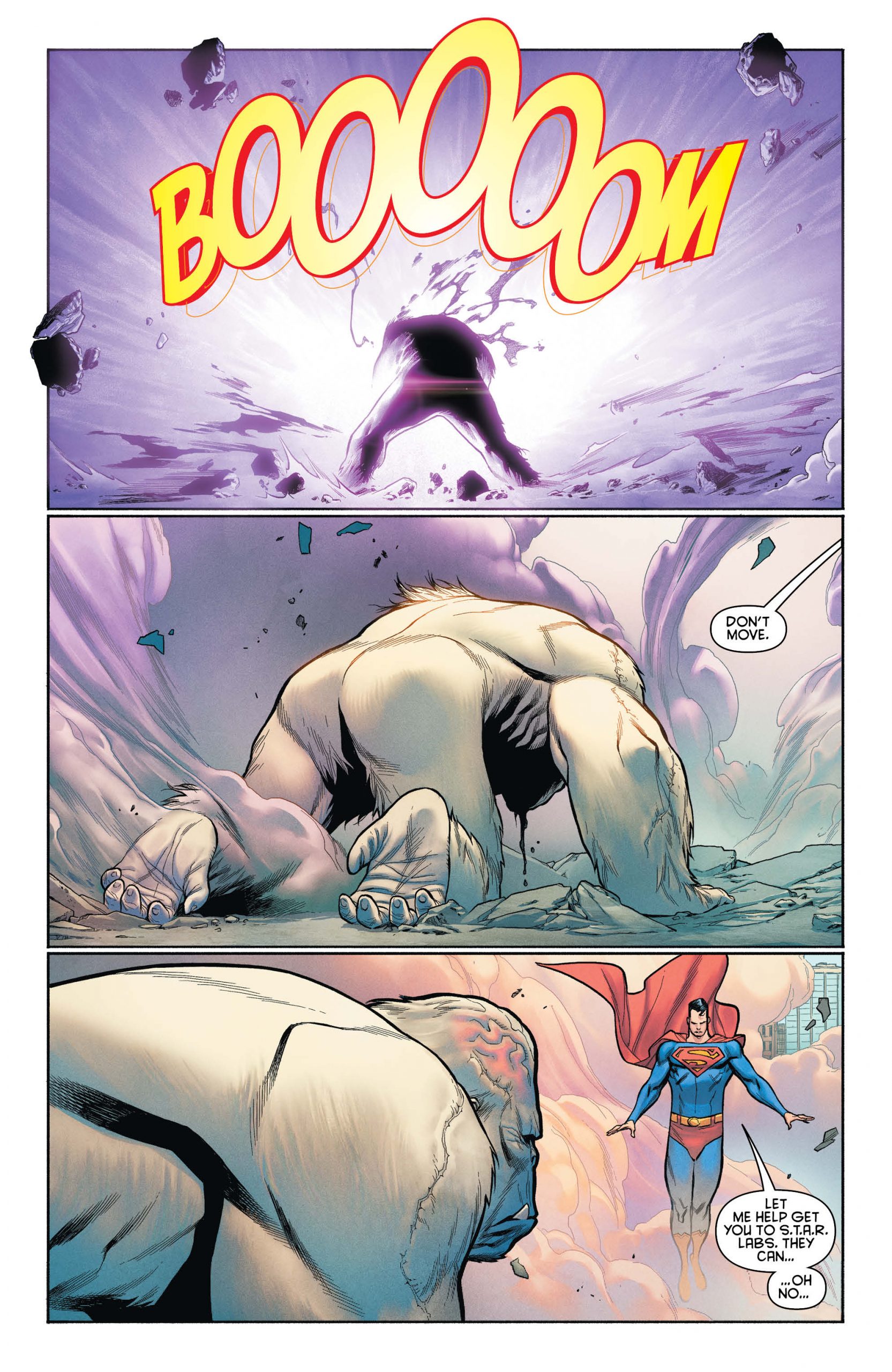 For example, Ultra-Humanite is obsessed with the mind. So much so that he tells Batman at one point that “my mind was greater than my body”. The villain obsesses over the mind/body dichotomy by foiling Batman and Superman. According, Superman is physically superior while Batman is mentally superior. It will be interesting to see what Williamson has to say about this topic in the next issue, which will end this arc.

I mentioned this in my Batman/Superman #9 review, but it’s worth saying again: Clayton Henry draws the most bizarre heads. While last month’s issue featured an egg-headed Batman, Batman/Superman #10 depicts the Man of Steel in a similar fashion. While this is a simple, stylized variation of the classic “square-jawed American hero”, I found it incredibly distracting. It’s the one aspect of Henry’s work that’s unappealing to me; otherwise, the issue is absolutely gorgeous. Not to mention that, once again, Alejandro Sanchez really does a great job rendering Henry’s line art in vibrant, dynamic colors. If it weren’t for the cylinder heads, this art for this title would be fantastic.

Batman/Superman #10 is another great chapter in a delightful story arc. It’s obvious that Williamson’s having a lot of fun writing these characters, and while Clayton Henry’s affinity for elongated noggins might be distracting, the rest of his work really brings Williamson’s script to life.

Final Verdict: If unadulterated fun is your thing, then read this book.