Harley Quinn Animated Series fans, lend me your ears… or in this case, eyes! The DC FanDome panel that I was most excited about has happened. The virtual convention listed this as an “Ask Harley”, featuring questions, not only from social media, but we also got a nice surprise question from Jim Lee. Kaley Cuoco voiced the roughly five minute Q and A session, which featured a number of nice touches.

Getting to see the animated version of this Q and A with Harley, sitting with her phone reading off the questions that came in, was really cool. As was the Harley face mask behind her. There was another little touch that made me giggle: Anyone who has watched the show or listened to our podcast knows that the language is quite sassy.T he Q and A started with her language being uncensored, and slowly the censors caught on, and started bleeping the curses. It was hilarious. 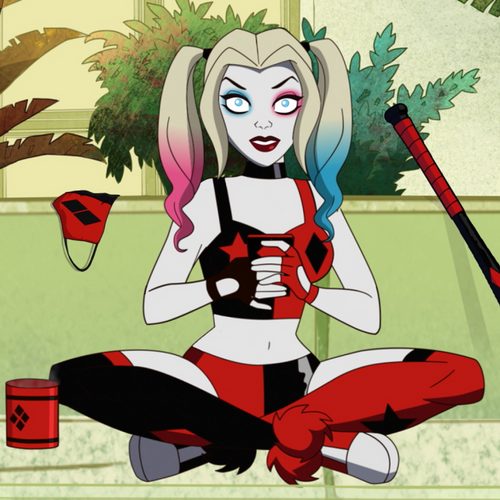 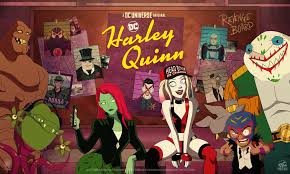 The questions ranged from inquiries about if/when Season 3 was coming, to who her favorite Robin is. Others featured were, what music she would choose to fight goons with, and which members of the trinity she’d keep around. Jim Lee’s was the only video question, and he asked what Harls thought about Batman. Her answer is probably the best part of the entire FanDome event for me, I was lost in hysterical laughter.

While the Q and A was fairly short, only spanning about 5 minutes, it was nice to see Harley included on such a platform, because the show really has a devoted fanbase. This fully includes the teams here at Dark Knight News, and our sister site DC Comic News. Getting to hear that Season 3 was renewed would have been the icing on the cake, but the shameless plug for HBO Max, and knowing the show will be going over to that platform is hope enough for now.

So, fellow Harley Quinn fans, what was your favorite question or answer from the Q and A? What question would you have asked? Let us know in the comments below!

FanDome Teaser “The Joker: Put On A Happy Face”