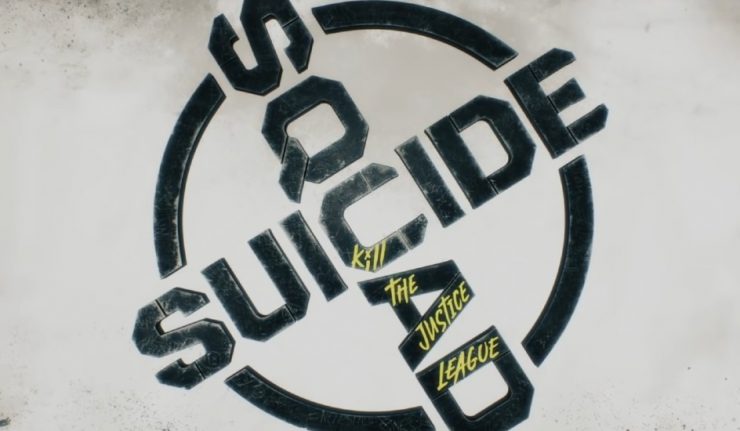 Despite my doubts, DC FanDome seemed to be a massive success. Have you ever been excited nonstop for 8 hours straight? It’s just too much for any person to take. And I’m just getting too old for this. In fact, despite jumping on the hype train and never getting off, I felt my age and almost ran out of my front door to yell at imaginary children to get off my lawn. One of the things that I was most looking forward to was Rocksteady’s Suicide Squad: Kill the Justice League trailer. Definitely not disappointed.

The panel begins with Lego Batman himself, Will Arnett appearing in the remains of Metropolis, which is where SS:KtJl will take place. Instead of waiting until the end, DC decided not to bury the lead and started with a bang. Right at the beginning, we got the Suicide Squad: Kill the Justice League trailer. It was glorious.

This ain’t no Arkham game

The trailer begins seemingly just as dark and foreboding as the Arkham games when we see Brainiac’s Skull Ship ravaging Metropolis… That is until we see Task Force X, just lounging around at a pizza parlor. After some back and forth, Amanda Waller jumps on the intercom and tells them to pursue the target. They spring into action and we get a glimpse into how these characters will play. Immediately, we are overwhelmed with the incredible tonal shift. The most striking feature of course, is the sun! All the Arkham games have primarily taken place at night presumably because Batman is the night and traverses the shadows. But not this team, they’re out in the bright, thriving Metropolis skyline, all while B.o.B. by OutKast plays in the background. This definitely ain’t no Arkham game.

The combat system seems primarily guns and gadget-based, except for a few moments with Harley and the tank that is King Shark. I was actually more drawn to the way the characters traverse the city. Harley takes a grapnel gun from the Batfamily, but combines it with her gymnastics. King Shark takes great leaps around the city. Deadshot uses a jetpack. And the most interesting of all, was Captain Boomerang. Boomer, rather than using this hokey boomerang as his weapon of choice, instead utilizes it as a mobile anchor point for teleportation. As you can see from the giant-sized 4-minute trailer, he chucks the boomerang and simply teleports to its location, catching it as he appears. Super neat. I wonder we’re going to get Harley’s Mayhem Mode from her Arkham Knight story pack.

Eventually, we find Supes saving a pilot from a helicopter crash, only to incinerate him. It is then that the Skwad discovers that Superman is their target. Based on the title and the appearance of Brainiac’s Skull Ship, it seems that Brainiac has successfully managed to take control of the entire JL. That means that this plucky group of misfits are definitely going to have a difficult time ahead of them. Personally, I just thought the plot would be that Amanda Waller was in over her head, feeling threatened by the League as they were outside government control and wanted them eliminated. But I suppose it wouldn’t give the JL much reason to fight back. Plus we needed a big baddie to face at the end, right?

After a funny exchange between Arnett and the Skwad members presumably communicating to him from Belle Reve, Arnett is teleported to the FanDome to speak with Sefton Hill, Creative Director at Rocksteady Studios. As they took fan questions from fans, we discover that SS:KtJL is actually taking place in the Arkhamverse continuity. Also, this game is meant to be a multiplayer experience, allowing people to take control of different members to play co-op. An interesting choice considering that Rocksteady intentionally left out the multiplayer feature in Arkham Knight. Instead of hacking it on like Arkham Origins debacle, they’ve baked it into normal gameplay. However, more so similar to Arkham Knight, in solo gameplay, the other characters will be controlled via AI during combat, allowing you to switch between them at your leisure.

While I liked the option to swap out, those moments in the previous Arkham games were my least favorite (aside from mandatory Batmobile levels). I’m not a gamer with insane micro abilities, so I’d rather keep it simple, stupid. Having to look out for other Squad members and level up their abilities just sounds tedious. But I suppose it’s better to have the option and ignore it, then not at all.

The Suicide Squad: Kill the Justice League trailer we received definitely looks in line with actual in-game graphics given next-gen console technology; However, I was extremely disappointed that we didn’t get a gameplay footage. I just wanted to see the mechanics of the game. The release window explained everything. It looks like the game is still in progress, with a project release of 2022. It will be available on PC, PS5, and the Xbox Series X.

What do you think? Great follow up to the Arkham series? Or too much of a good thing?

At DC FanDome, another game was revealed as well, Gotham Knights featuring the Court of Owls!

DC FanDome will return on September 12.