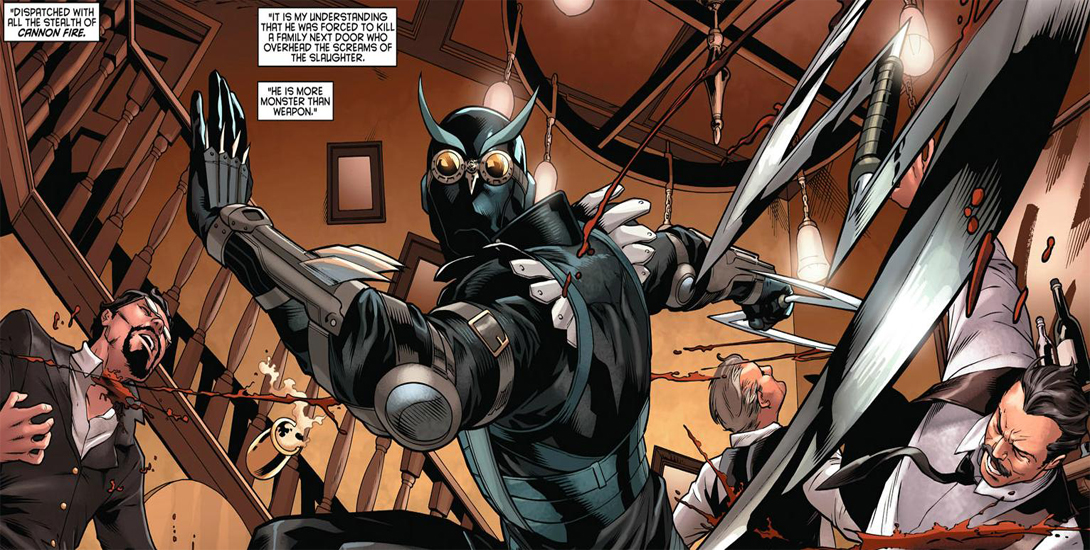 WB Games Montréal have posted a cryptic video that may hint at a Batman video game based on the Court of Owls comics saga.

On Twitter, WB Games Montréal posted a short video of a targeting grid. The video was extremely mysterious and did not appear to show anything at first glance. However, if one freezes the video in the right spot, there is a brief flash of an owl symbol. The owl symbol strongly resembles the Court of Owl sigil from the comics.

Other Court of Owl Teases

This is not even the first time the video game developer has hinted at Court. Back in December 2019, assistant producer Valerie Vezina posted a picture of herself, wearing a shirt with the an owl-like logo.

This past January, there was art online depicting Batman fighting a group of Talons. The artist Eddie Mendoza posted the images on his website, stating the Talons image as “Just for fun”. However, he then inexplicably took them down soon after posting. Mendoza is a known freelance concept artist for WB Games Montréal. Fans connected the dots and deduced that the images of the Talons may actually be concept art for the video game.

It is expected that WB Games Montréal will reveal their secret video game project at DC FanDome on August 22.

According to the DC FanDome schedule, the “Warner Bros. Games Montréal Announcement” will occur at 10:30 am Pacific time/ 1:30 pm Eastern time.

Are we ready for a possible Court of Owls game? They are easily the most popular new concept from Batman in decades. They have appeared in other mediums, like Gotham and featured in a DC Animated movie. It seems like the next step is for them to appear in a video game.

Let us know in the comments if you are excited for a Court of Owls video game.