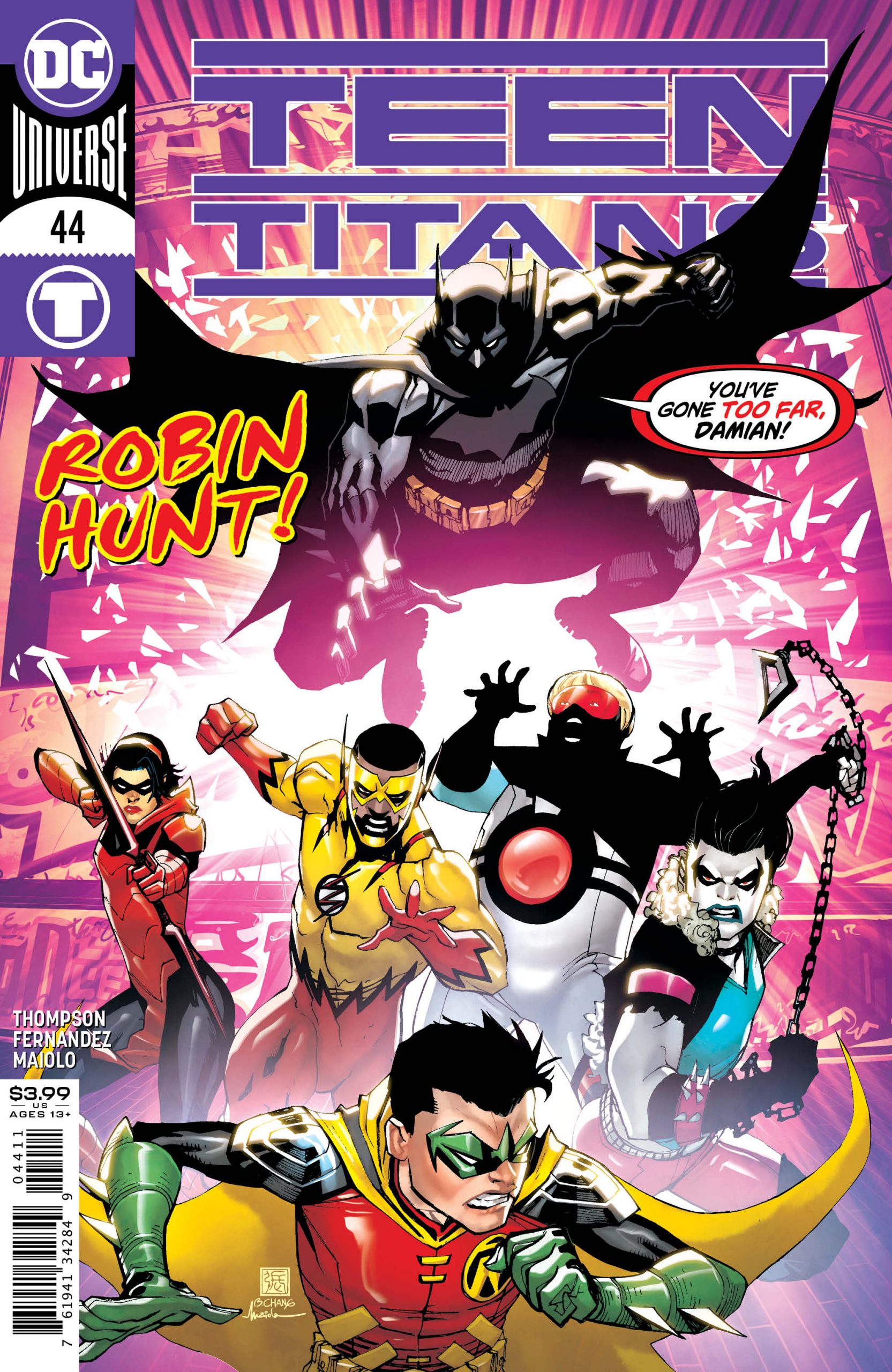 It’s Teen Titans #44, and the team is at a crossroads. Robin has gone too far, which is of course not completely out of character for young Master Wayne. The rest of the team want him stopped, and a particular Dark Knight is chasing down his own leads about what’s going on. What’s not to love about that?

This issue follows hot on the heels of KGBeast’s disarming (pun absolutely intended). This issue is just as action-packed as the last, and I was hooked from the minute I started reading. We follow the events immediately after Robin attacking KGBeast so it’s all go from page one. The story progresses through to see how the Teen Titans react to Damian’s actions, as well as the consequences of previous events. We also get to carry on with what the Dark Knight has been up to behind the scenes, awesome! 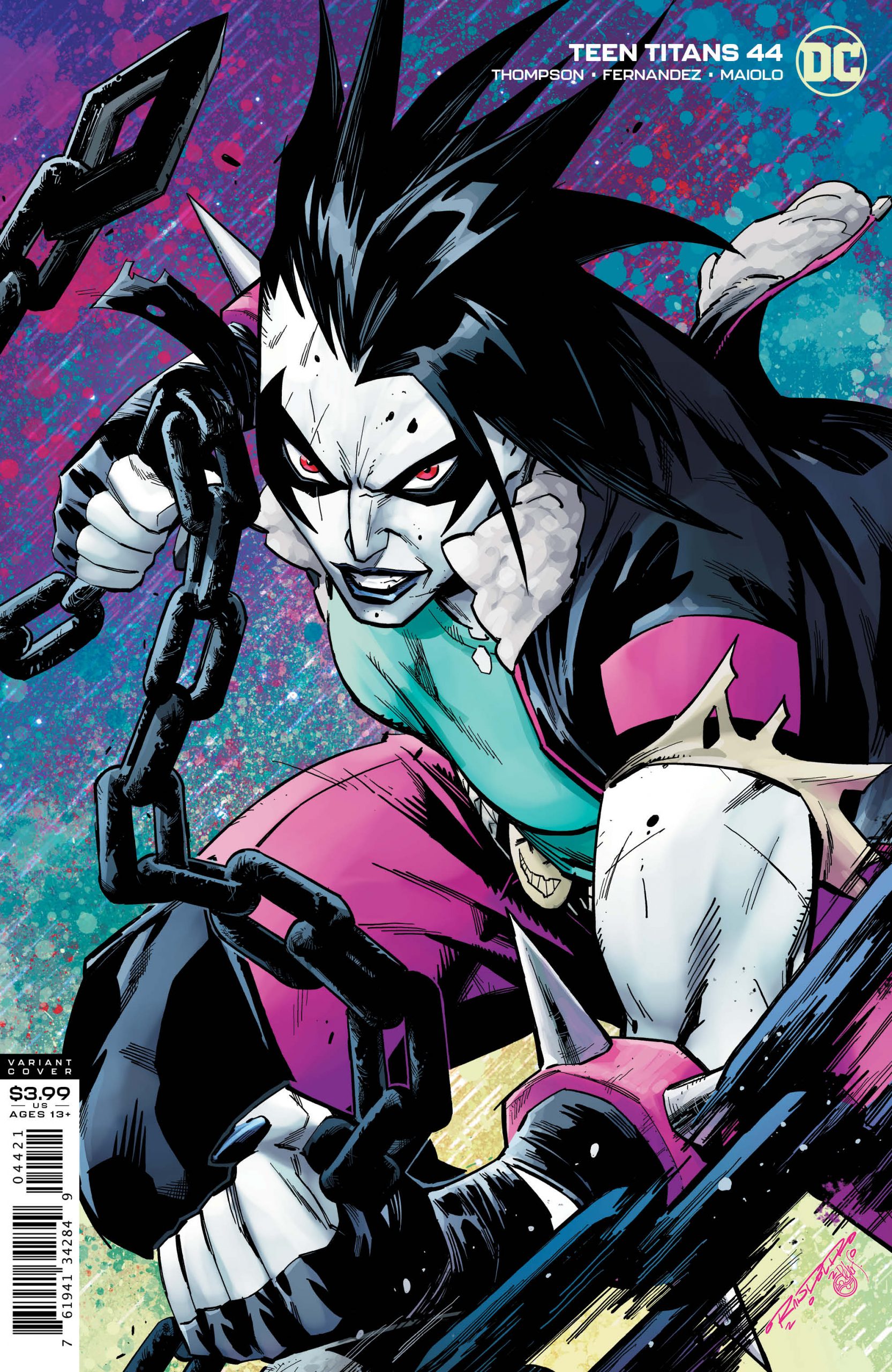 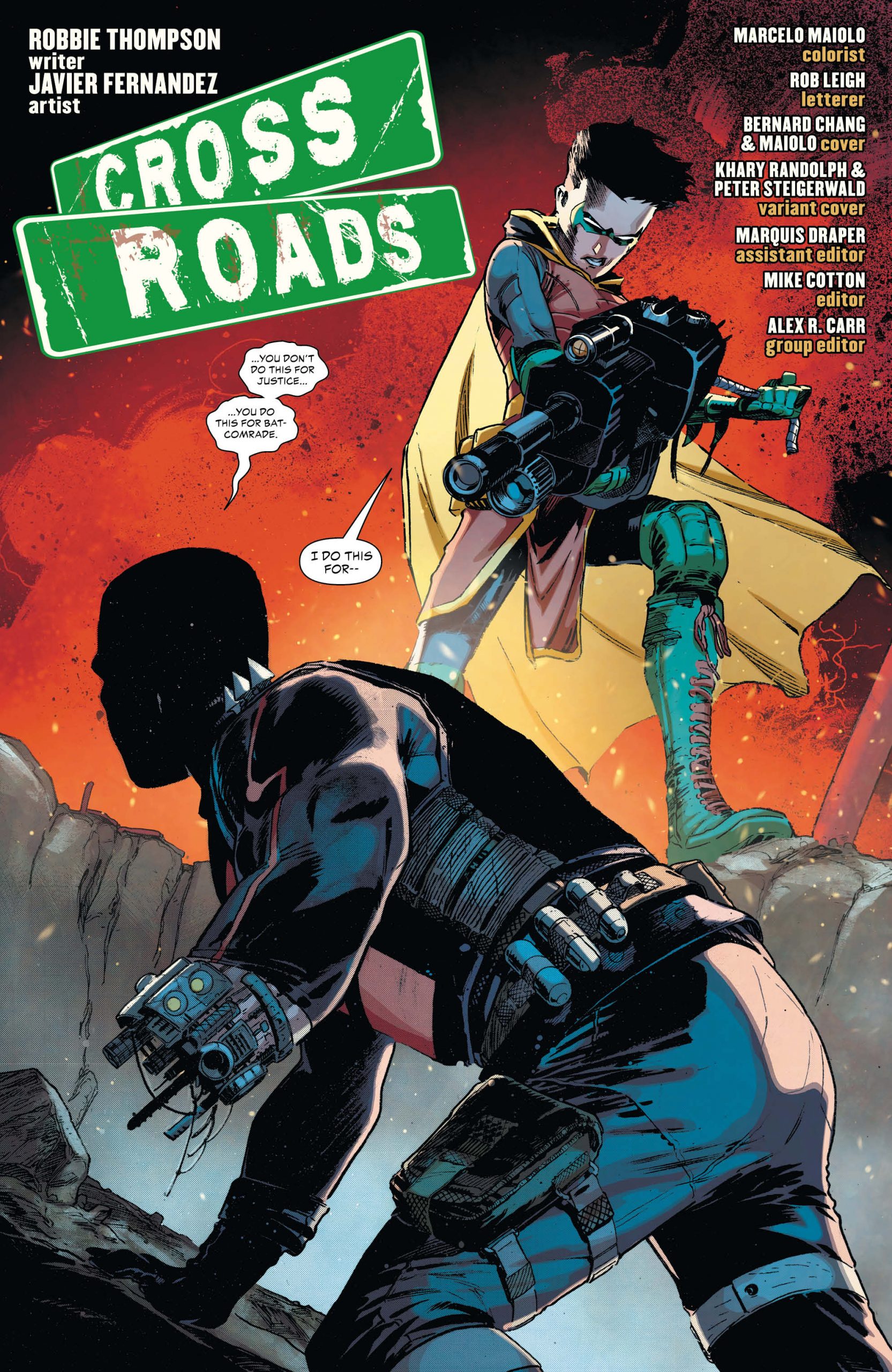 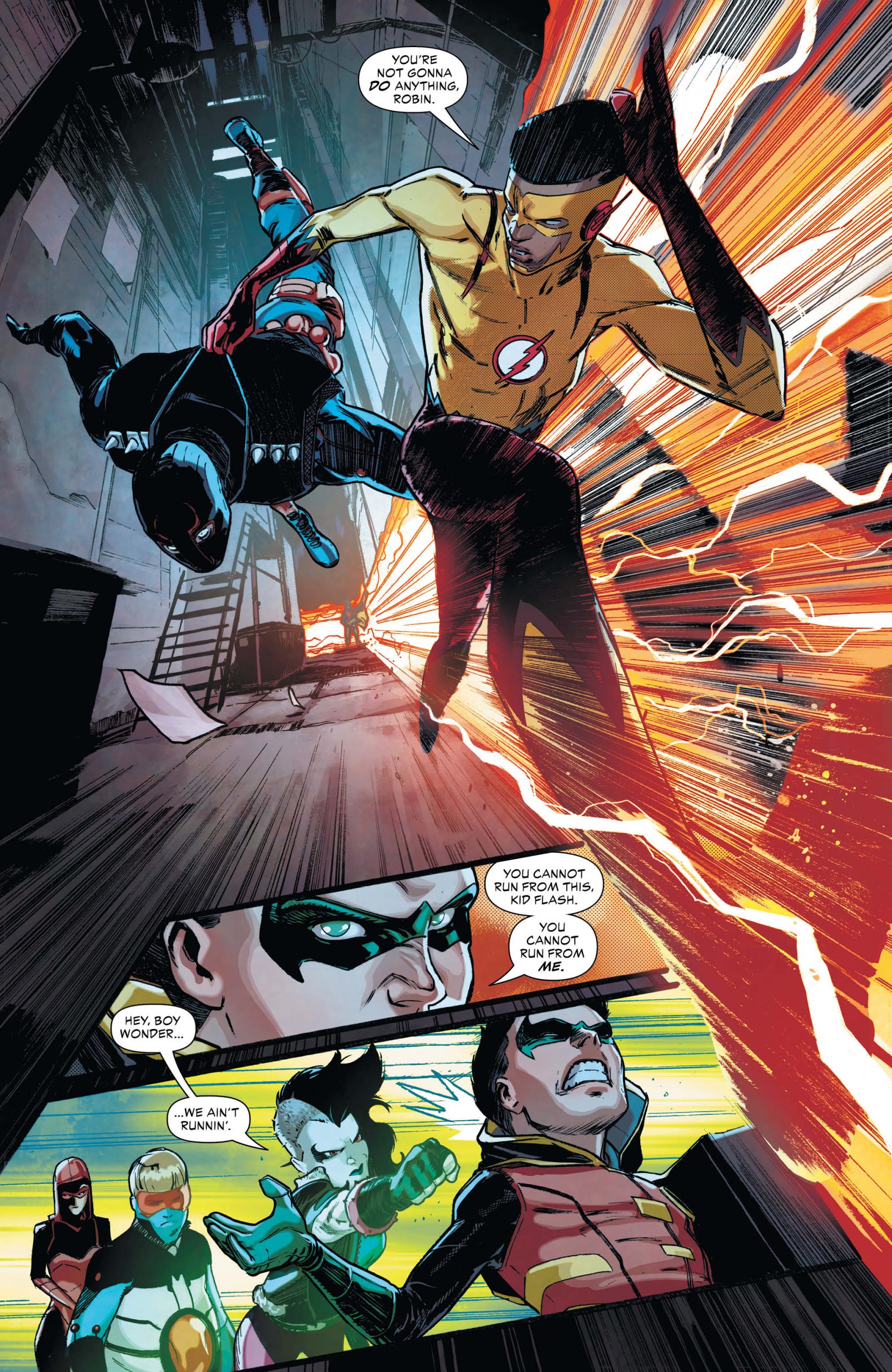 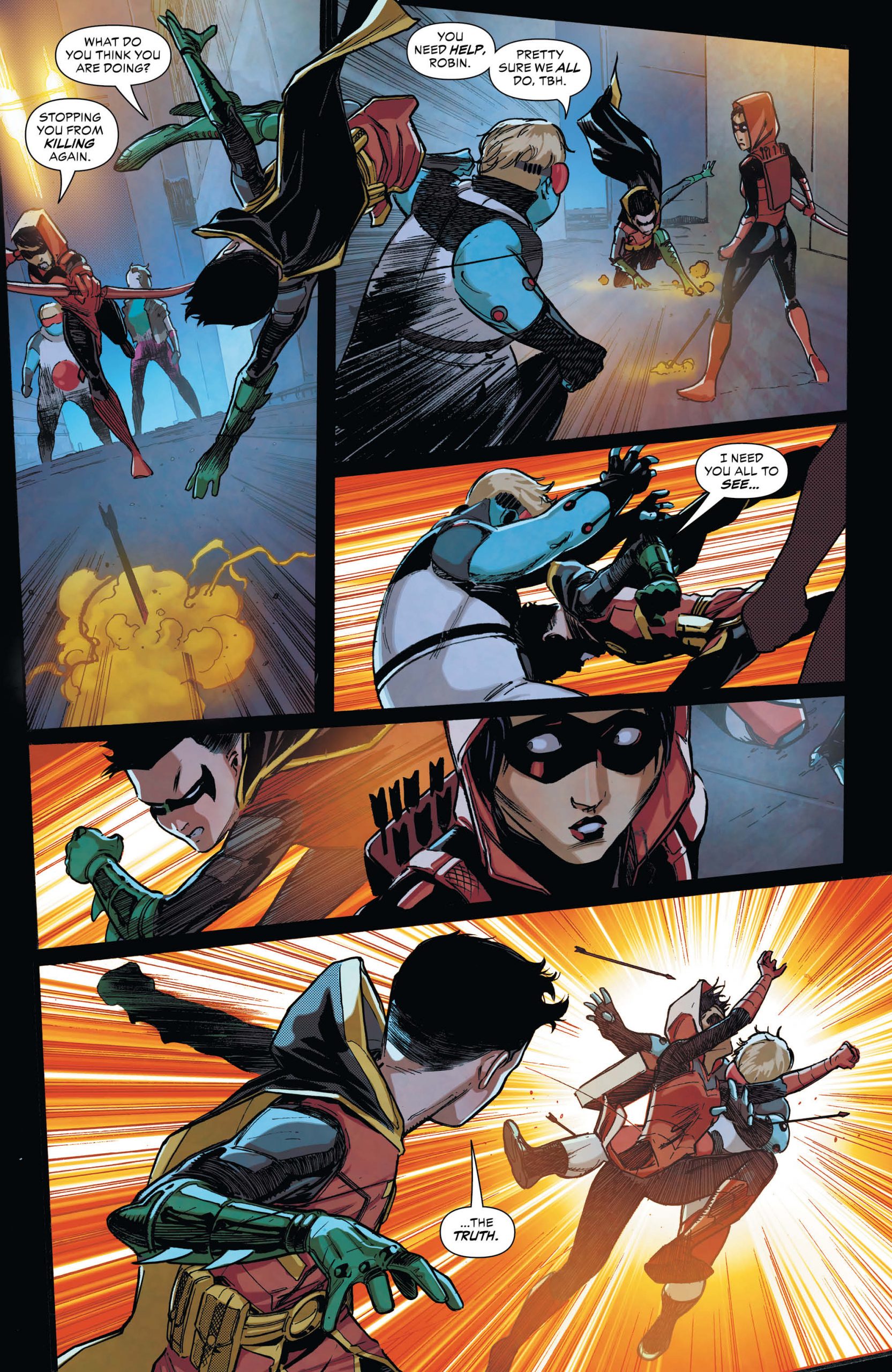 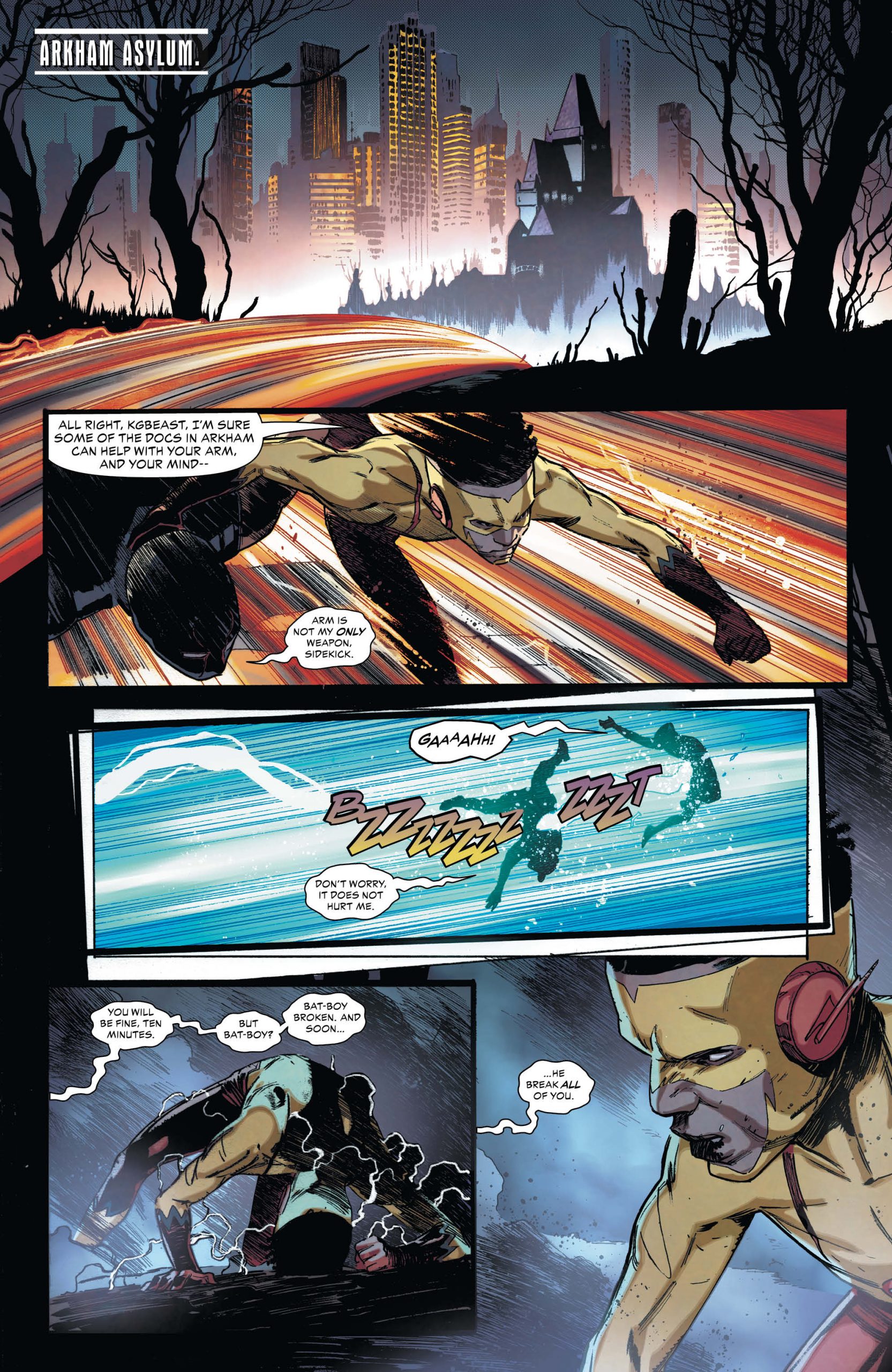 Best Of Both Worlds

Normally I bang on about the writing, which in this particular issue is phenomenal, however, a particular highlight reading this was the art. Javi Fernandez was able to bring all the action alive. To me his art also has an old school edge that reminded me of the first comics I read as a kid. Couple phenomenal art with Maiolo’s outstanding talents with color, and we’re on to a winner.

Fans of Batman will get a real kick out of this issue, it’s scattered with references, a classic rogues gallery, and – of course – the caped crusader himself. It doesn’t seem to matter how many Batman comics you’ve read, or for many years you’ve read them, there’s always the same absolute joy in seeing him turn up somewhere else in the DC universe. We’ve seen the team tackle some major challenges, taking on some of the best of DC’s villains but they’ve never had to deal with anyone the calibre of Batman. I cannot wait to see how this pans out.

Teen Titans #44 gave us a really outstanding, and well rounded read. It really has all the components of a great comic: captivating story, amazing artwork, and classic comic characters. A particular highlight was seeing the return of one villain in particular… Yeah, I’m not going to spoil that one, better pick up a copy and enjoy it for yourself, you genuinely will not be disappointed.