A few members of the Dark Knights from the Dark Multiverse are getting the McFarlane Toys treatment, and are available for pre-order. Todd McFarlane, best known for his art on The Amazing Spider-Man and for creating Spawn, teased these characters on his Instagram in June.

The Dark Multiverse was first introduced in Scott Snyder’s Dark Nights: Metal storyline, when we saw different versions of Batman become an evil hybrid of the Justice League members. One was so paranoid about Superman that he gave himself a Doomsday serum to kill the Man of Steel. One stole the Speed Force to become a “better” Flash, and so on.

McFarlane Toys has now released official images and descriptions for each of the new Dark Knights coming to the lineup. 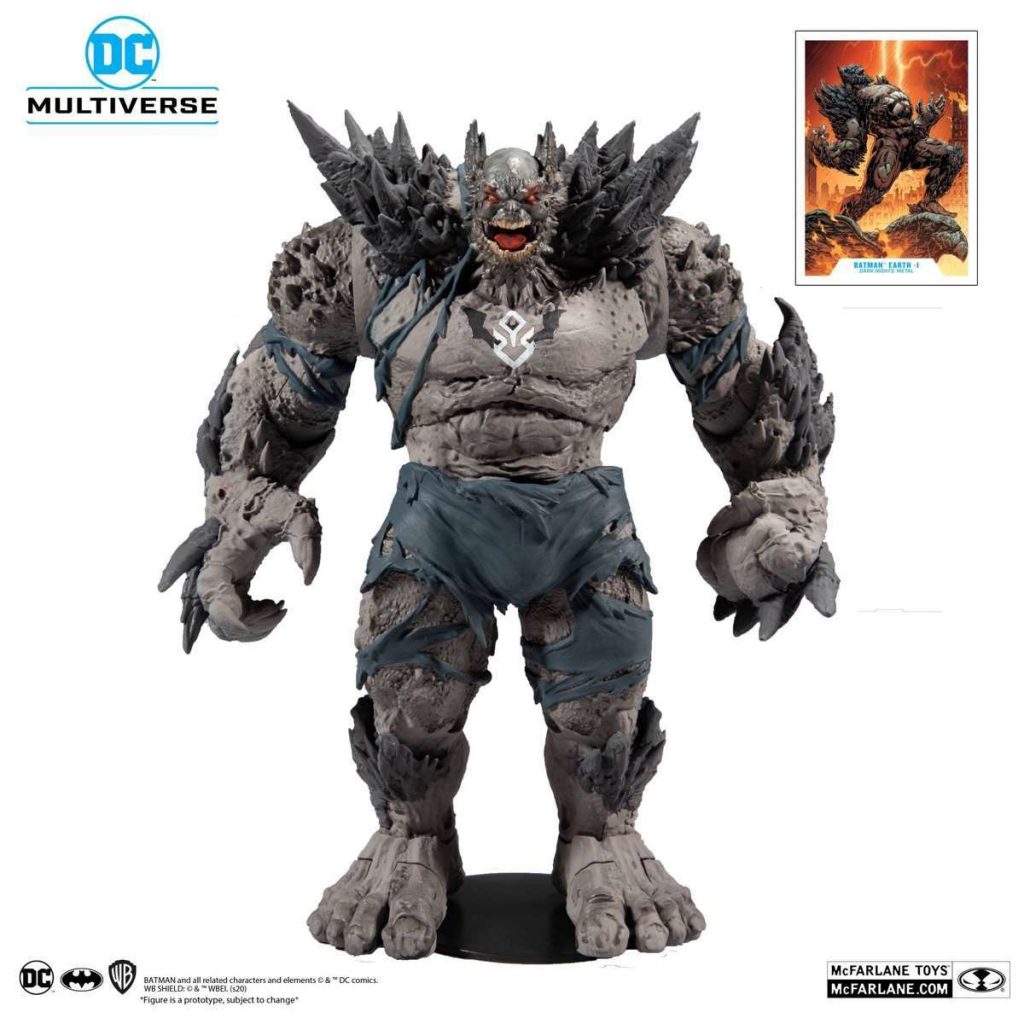 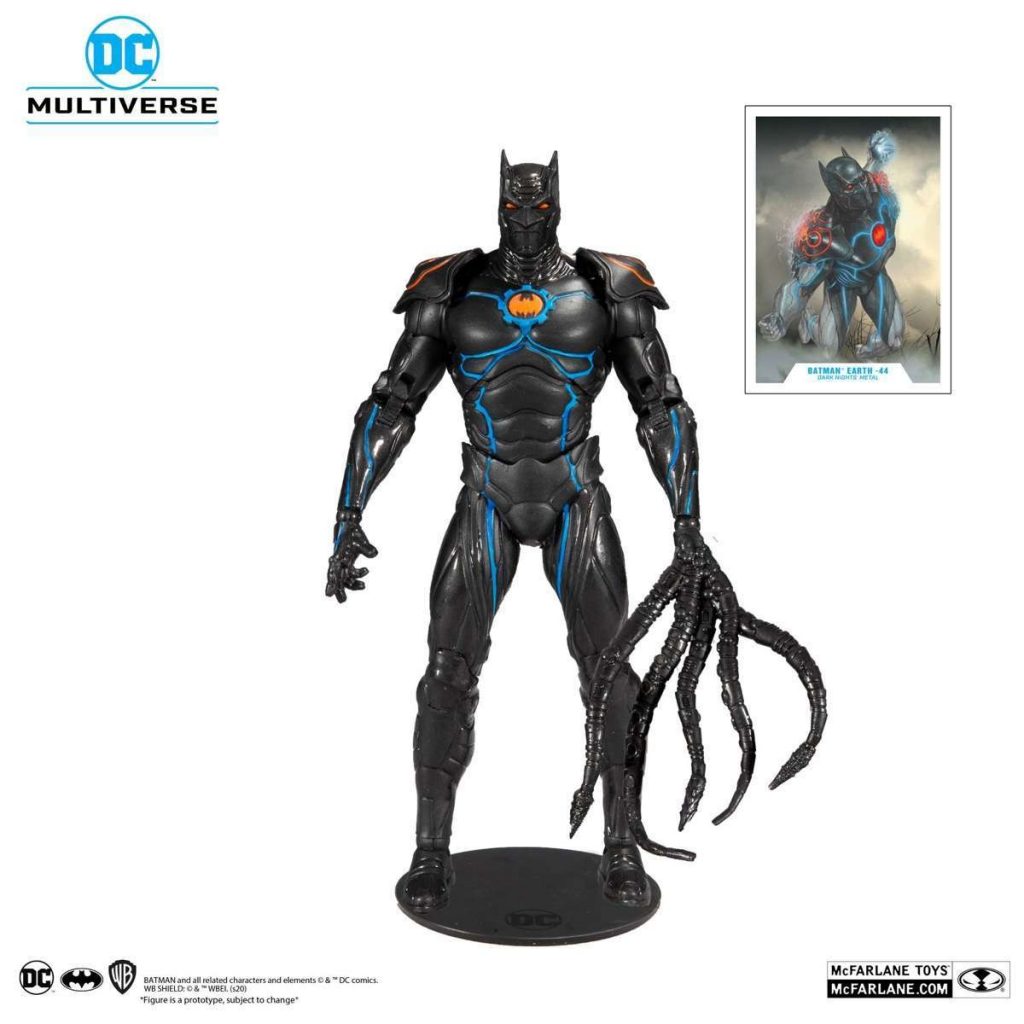 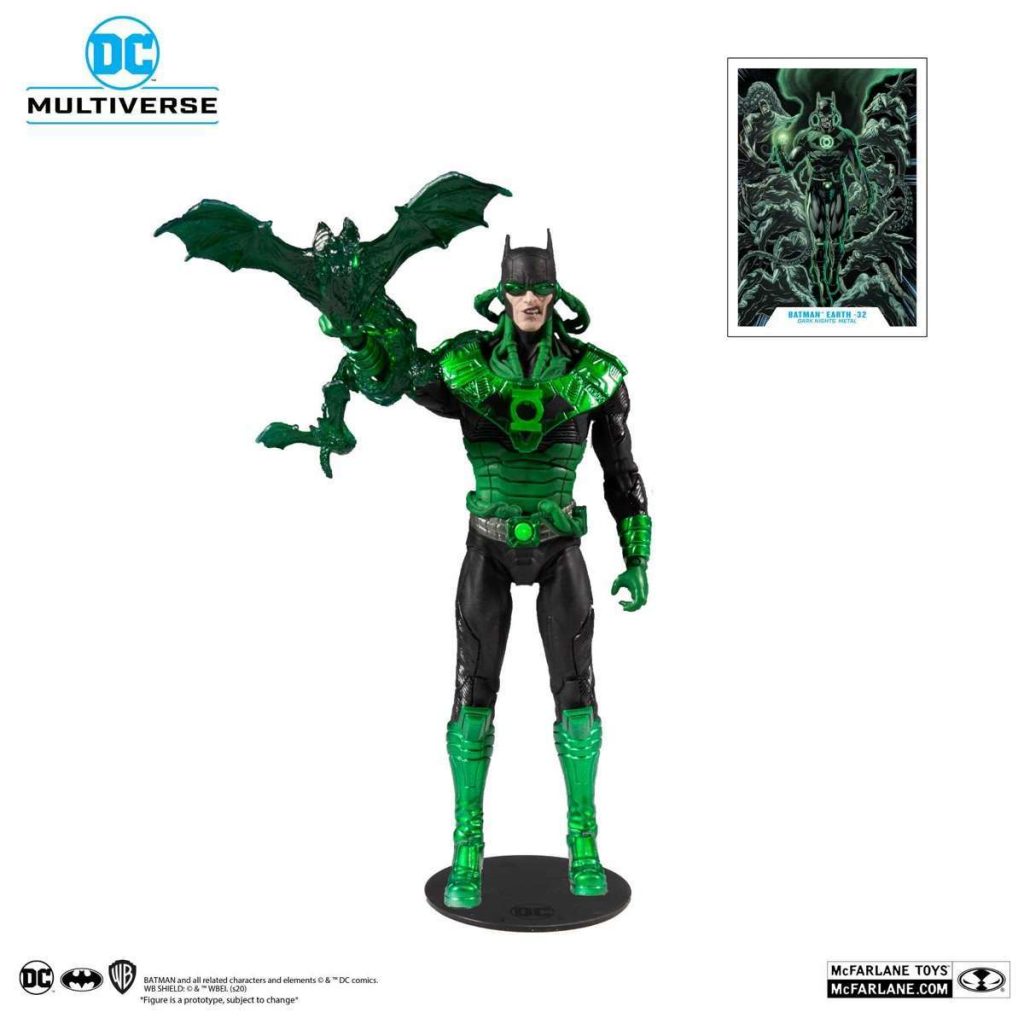 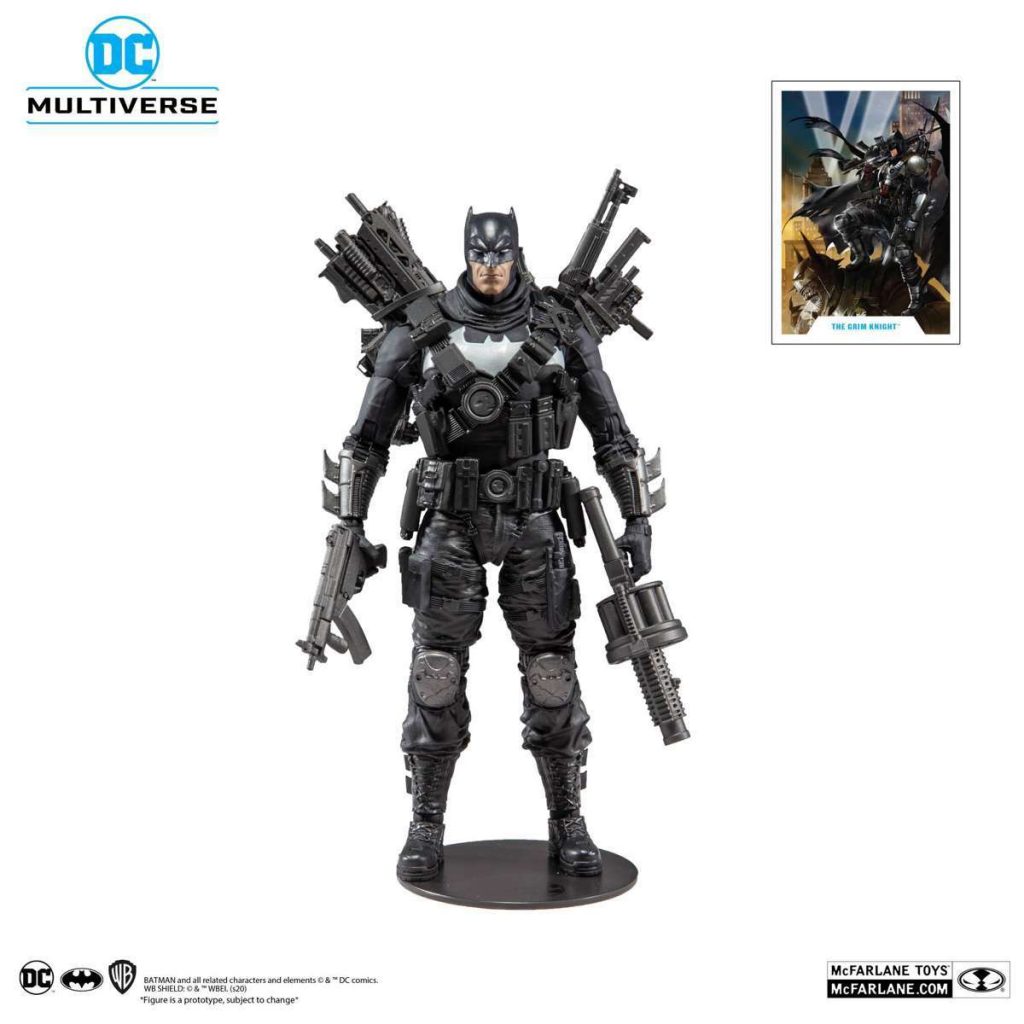 “Crashing into our world from the Dark Multiverse’s Earth-1 comes a nightmarish fusion of the only two beings capable of taking on the Man of Steel – Doomsday and Batman. The Devastator is an all-powerful creature in which the unstoppable might of Doomsday is combined with the unmatched intelligence of Batman.”

“Hailing from Earth-44 in the Dark Multiverse, this Dark Knight was born when an all-powerful A.I. program designed by Cyborg began to misinterpret its coding to homicidal ends. A cybernetic nightmare, The Murder Machine is a metallic mangling of the technological power of Cyborg and the tactical brilliance of Batman, formed by ever-changing nanobots.”

“In DC’s Dark Multiverse, on Earth-32, the green light of will has twisted an angry Bruce Wayne into something very dark and sinister. After the murder of his parents in Crime Alley, young Bruce is gifted with a Green Lantern ring, which allows him to fly and to generate deadly hard-light energy constructs. With no Alfred Pennyworth to guide him, he soon swallows his fear and pain and lets the void that remains corrupt him and the ring, unleashing a wave of darkness across the world, and now ours, as The Dawnbreaker.”

“Ripped from Batman’s greatest nightmares, The Grim Knight is his world’s most dangerous vigilante, unafraid to use any weapon and go to any lengths to stop those he deems worthy of death. Armed with the finest arsenal Wayne money can buy, he is now one of the deadliest Dark Knights in existence, second only to The Batman Who Laughs.”

At the time of this writing, The Dawnbreaker is still not available. Murder Machine is available for pre-order with The Grim Knight and The Devastator available for in-stock alerts.

Each item comes with an accessory relevant to the character, along with a collectible art card with Dark Nights: Metal artwork on the front, and a character biography on the back. The expected ship date is September 29th.

Will you be adding any of these Dark Knights to your lineup? Let us know!