Greg Capullo Shows Differences In His Superman And Batman Drawings 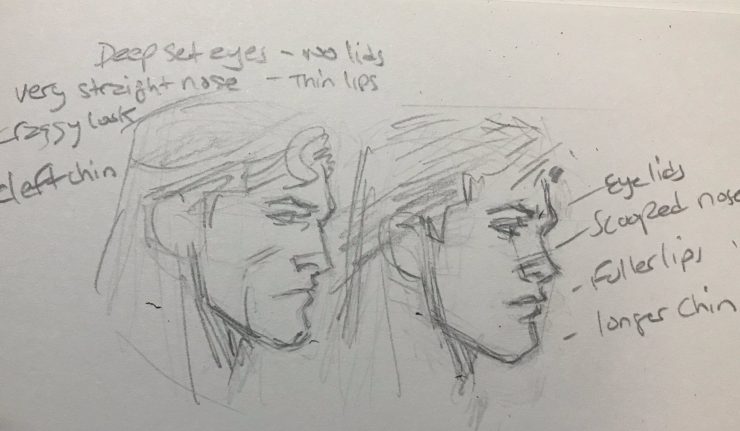 If there was one skill I wish I had, it would definitely be the ability to draw. Sure, with enough practice and time I’m I could possibly do it, but I feel like I lack the raw ability to even be decent. Greg Capullo doesn’t have that issue. He’s worked on Todd McFarlane’s Spawn and was Scott Snyder’s partner in crime throughout most of the writer’s New 52’s Batman run.

As writer, Snyder has taken Batman on many interesting adventures throughout his tenure. Some of these stories have seen the Dark Knight interact with other famous faces across the DC Universe, including the Man of Steel himself. As the artist, it’s Capullo’s job to bring these characters to life.

It’s no secret that some comics artists have trouble developing different faces for different characters, and differentiating them has often been difficult for the reader. In some instances, only changing the characters’ hair color has been a factor in telling some artists’characters apart. The great news is that Greg Capullo isn’t one of the talents that has that particular weakness. I’m not going to upset the fans of these artists by naming them, though.

On Twitter this week, the artist showed his followers the different ways he draws these two icons.

How I draw Clark vs Bruce 🤘🏻✏️🤘🏻 pic.twitter.com/D1olQ9bRcA

As you see from Capullo’s notes, Bruce has a longer chin and fuller lips, while Clark has a cleft chin, straight nose and deep set eyes. It’s amazing how small, subtle differences like this give the characters their own unique look, so that readers can easily tell them apart.

What are your thoughts on Capullo’s take on the World’s Finest? Let us know!

Fun fact: Greg Capullo and Scott Snyder complimented an Air Jordan/Batman shirt I wore at a comic con once.

Images Courtesy of the Artist