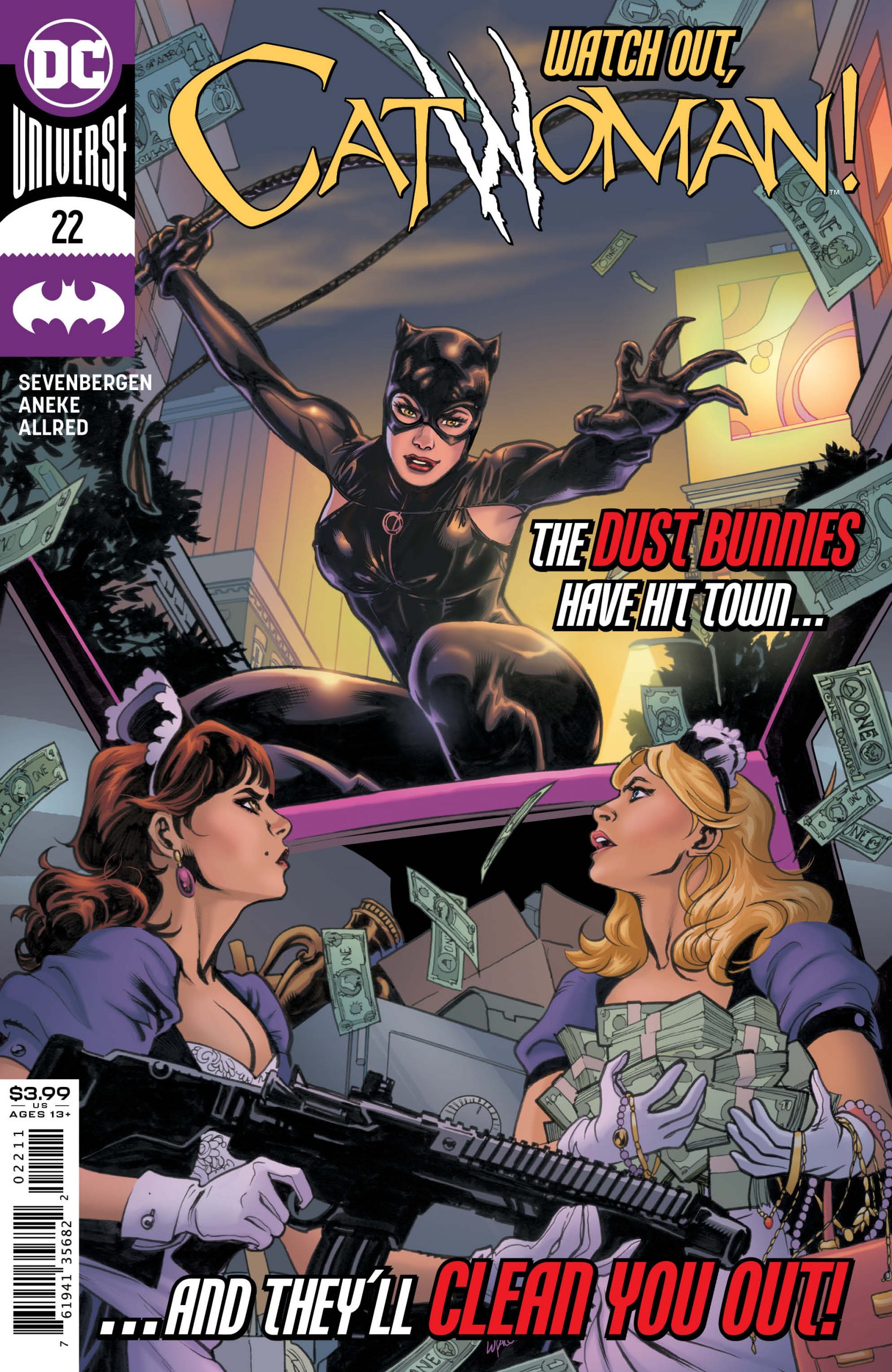 Selina swings back into action in Catwoman #22, a fun, offbeat issue. The last chapter ended with the dramatic conclusion of the conflict between her and Creel. After close to two years of storytelling, Joëlle Jones and her creative team let DC’s greatest thief flex her heroic muscles and have now moved on to new pastures.

This issue starts as a sexy romp, with many deeper questions hiding under the surface. It’s easy to get caught up in the roaring action and clean visuals, but when a simple issue has a lot of questions tucked inside, we readers are given a lot to think about. This is nice tale from guest scribe, TV writer, and former MAD Magazine editor, Paula Sevenbergen.

The story itself is fairly simple, and not anything new. A new gang of thieves is causing trouble in Catwoman’s new hometown, Villa Hermosa. The issues crop up in how Catwoman handles them, and what she thinks of them. Guest artist Aneke does a great job in delivering action, and acting, from all the lethal ladies embroiled in battle. 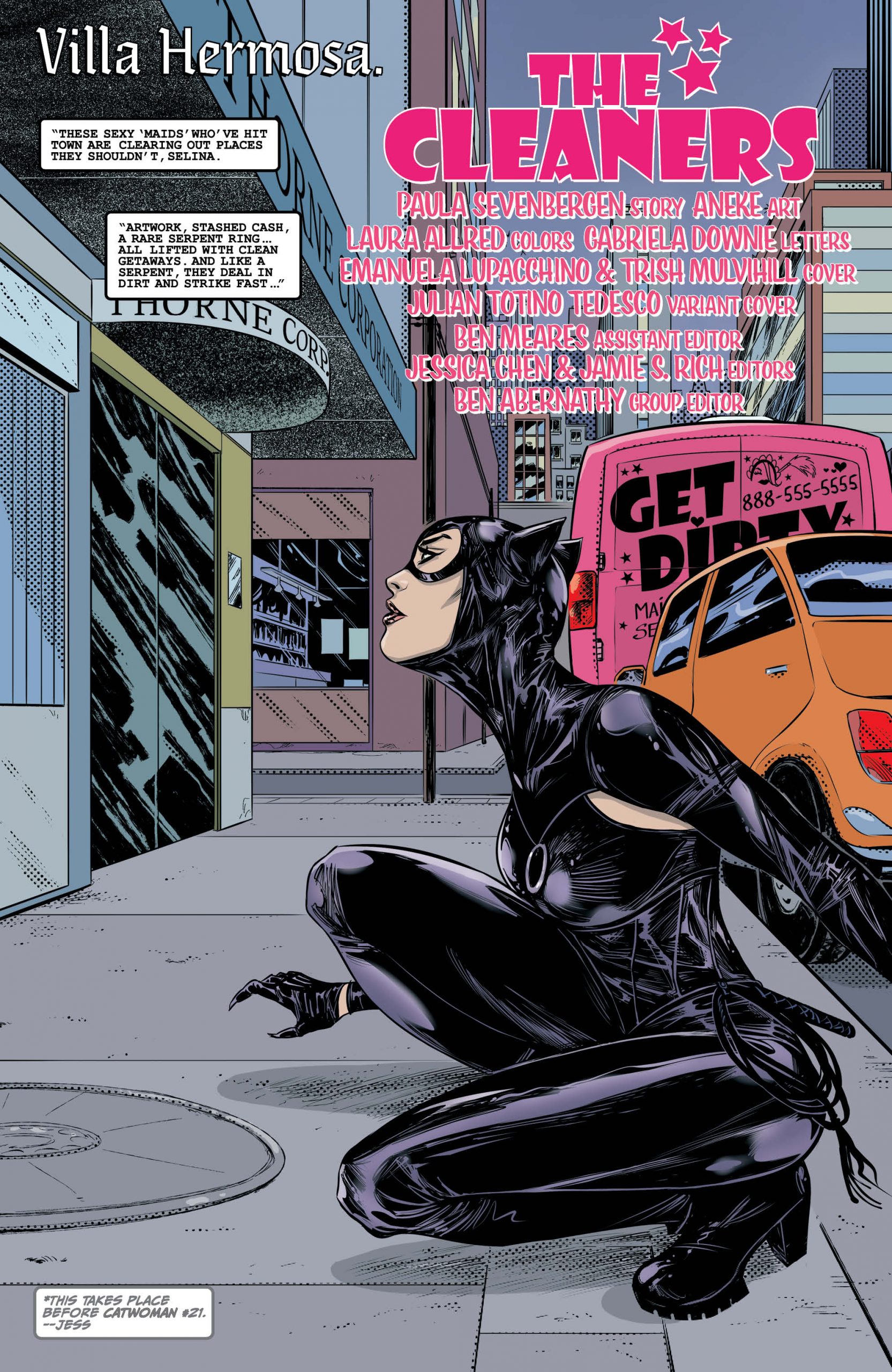 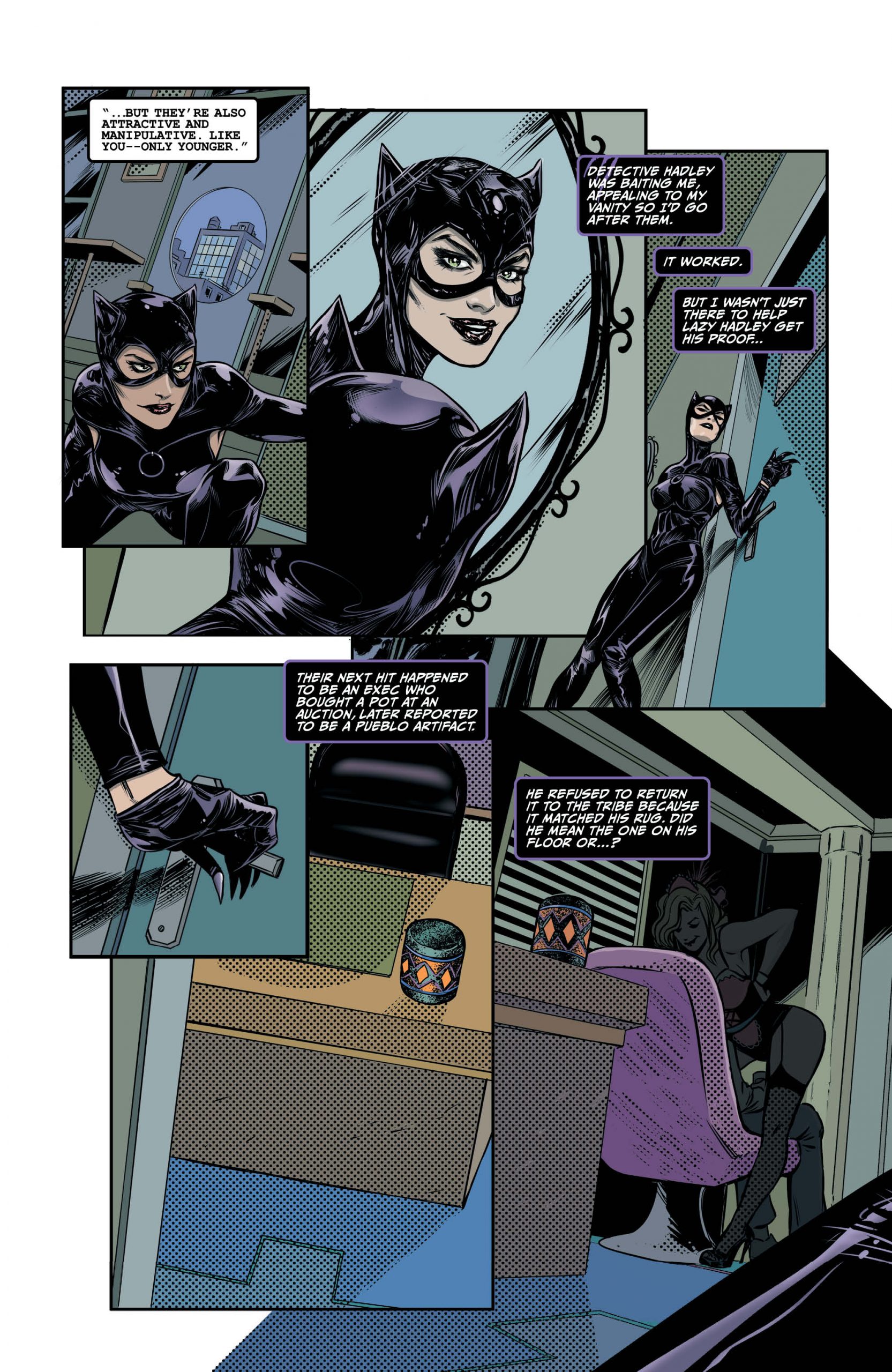 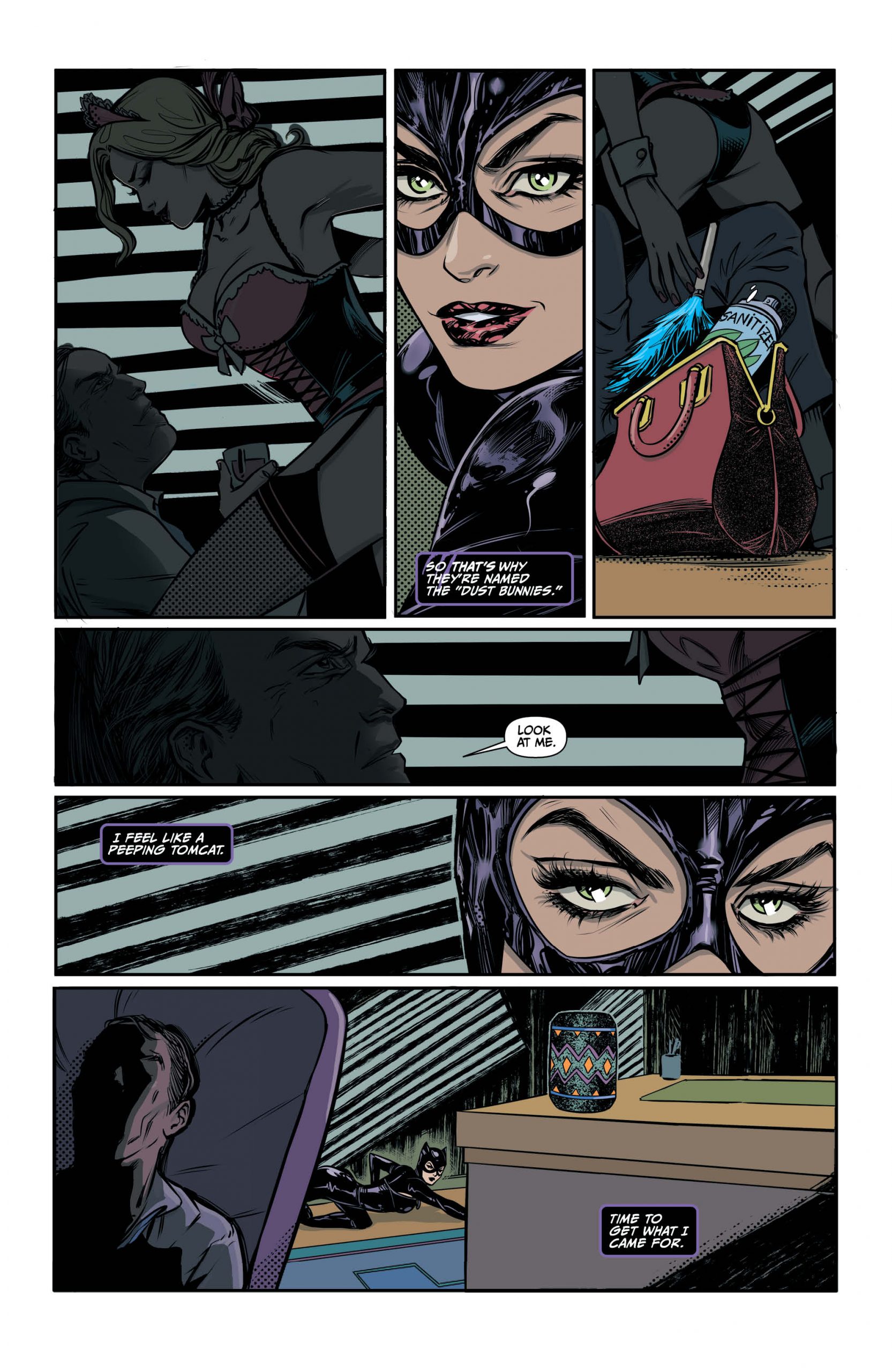 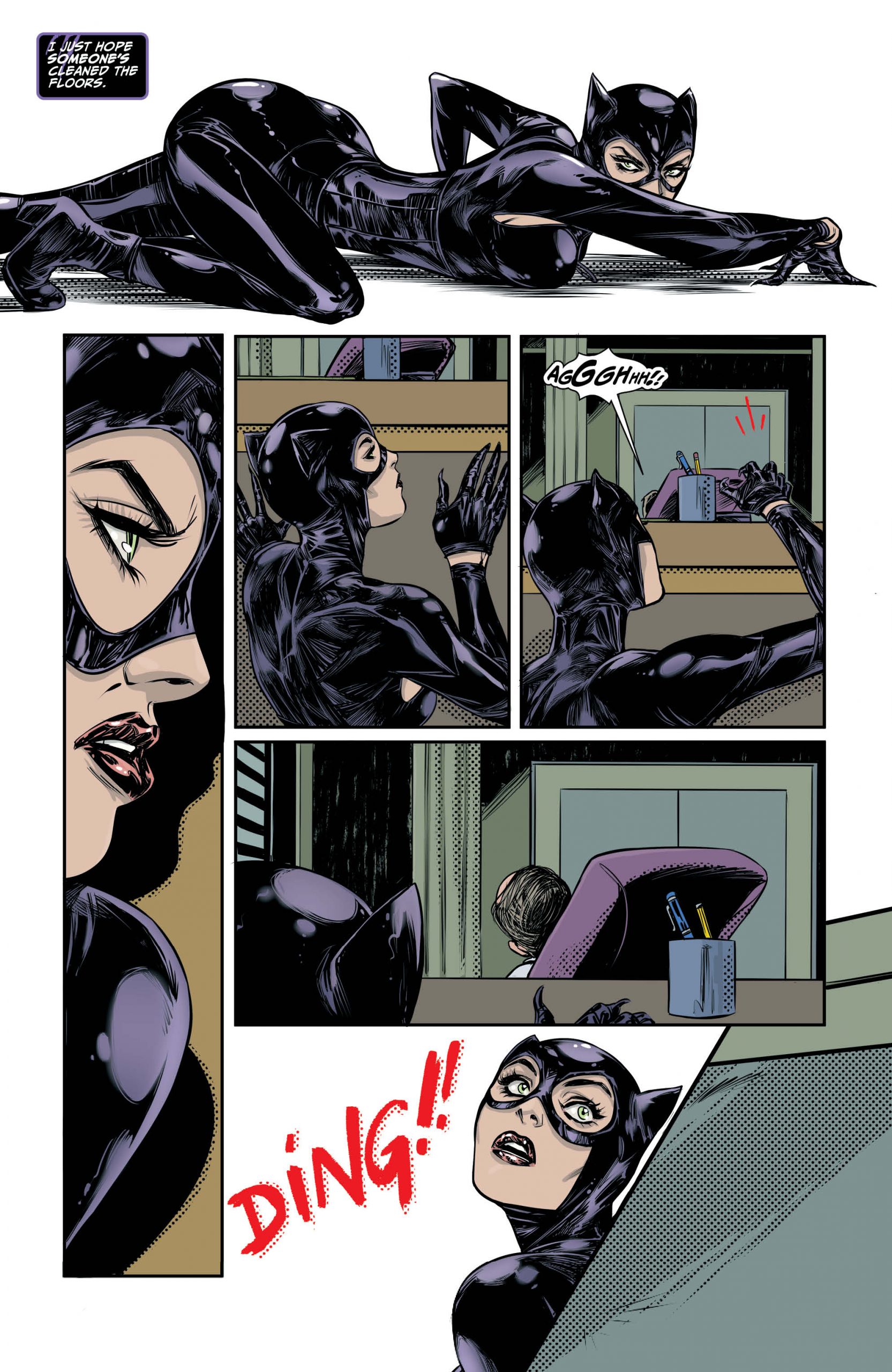 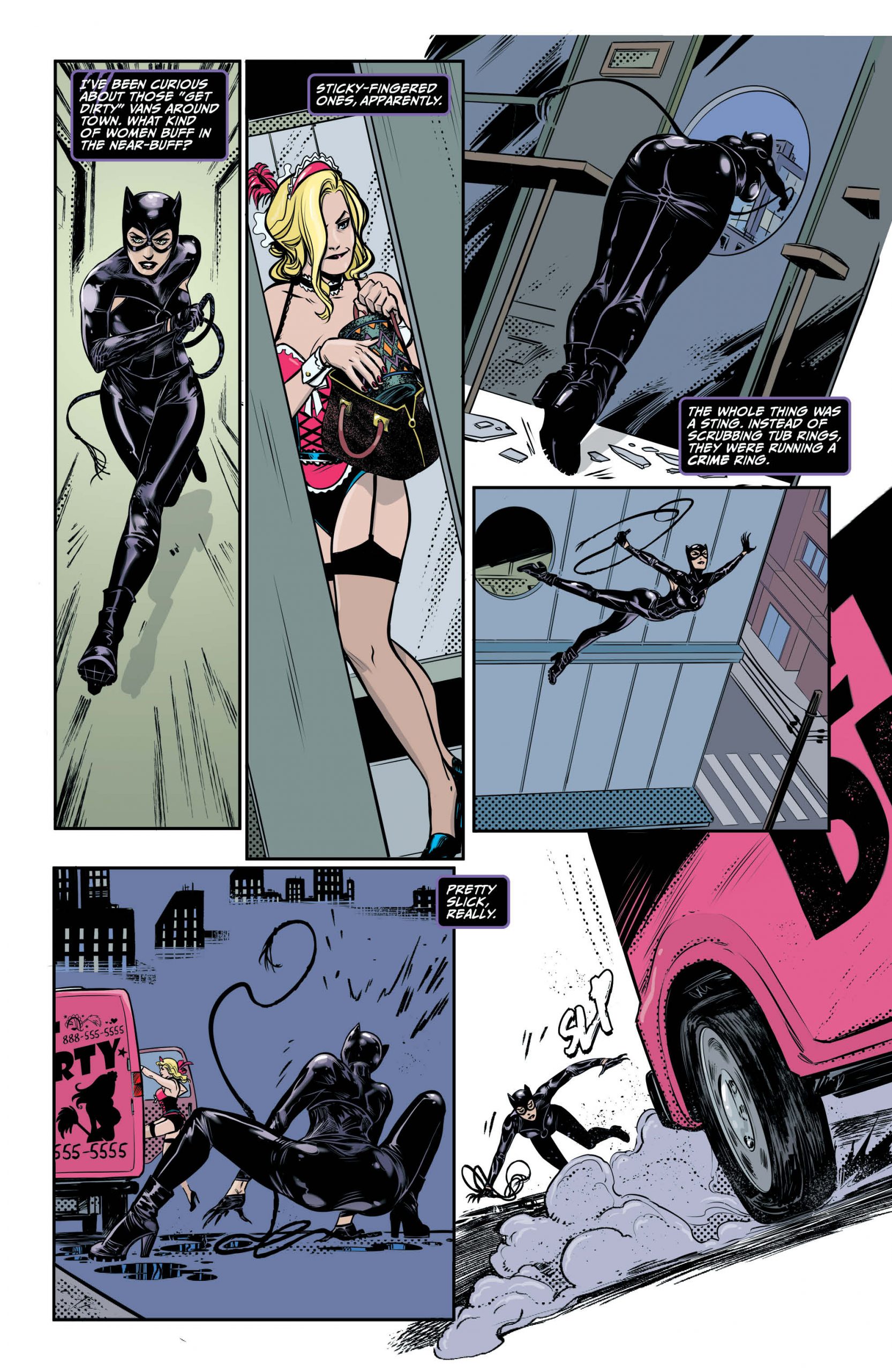 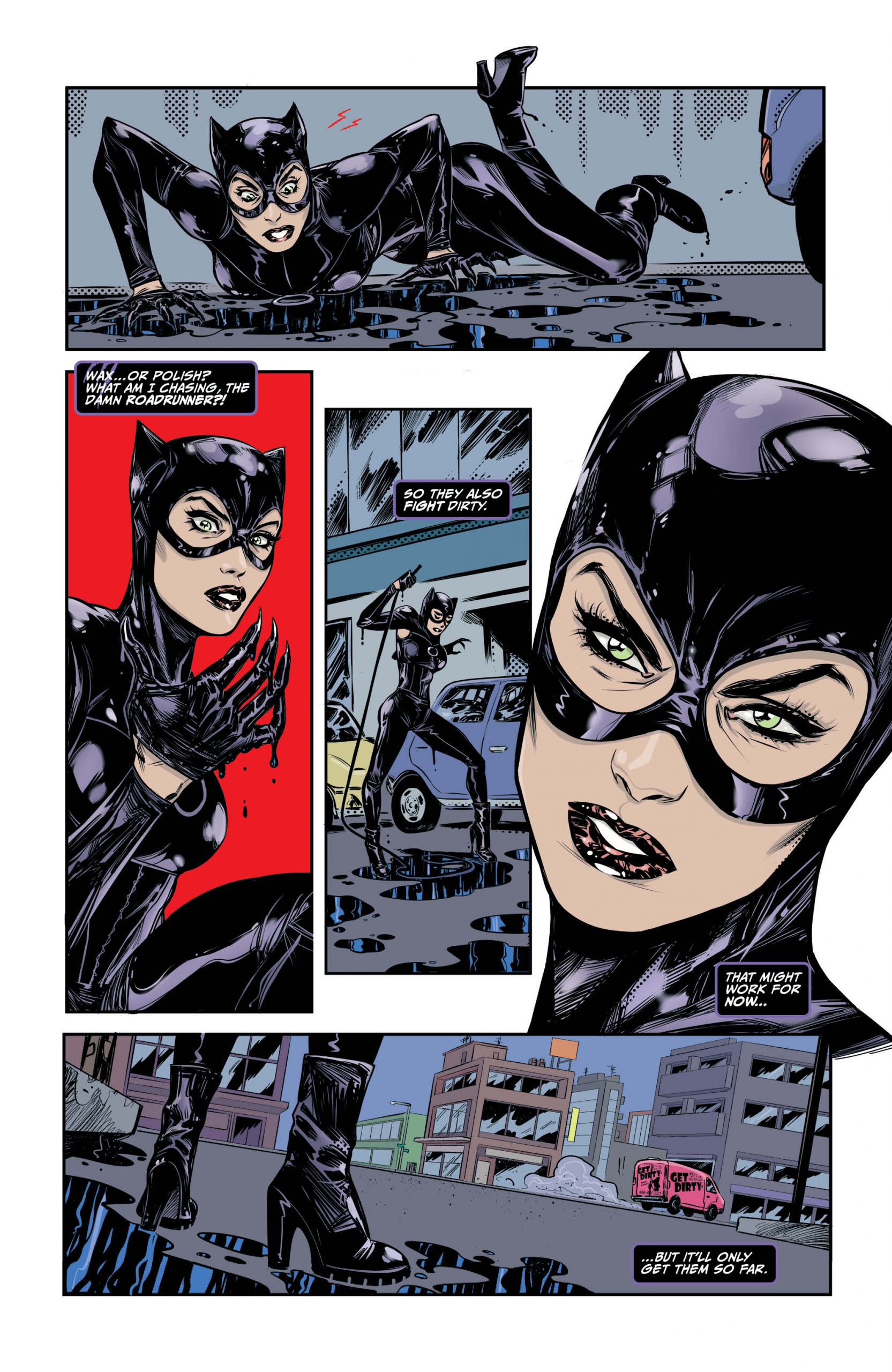 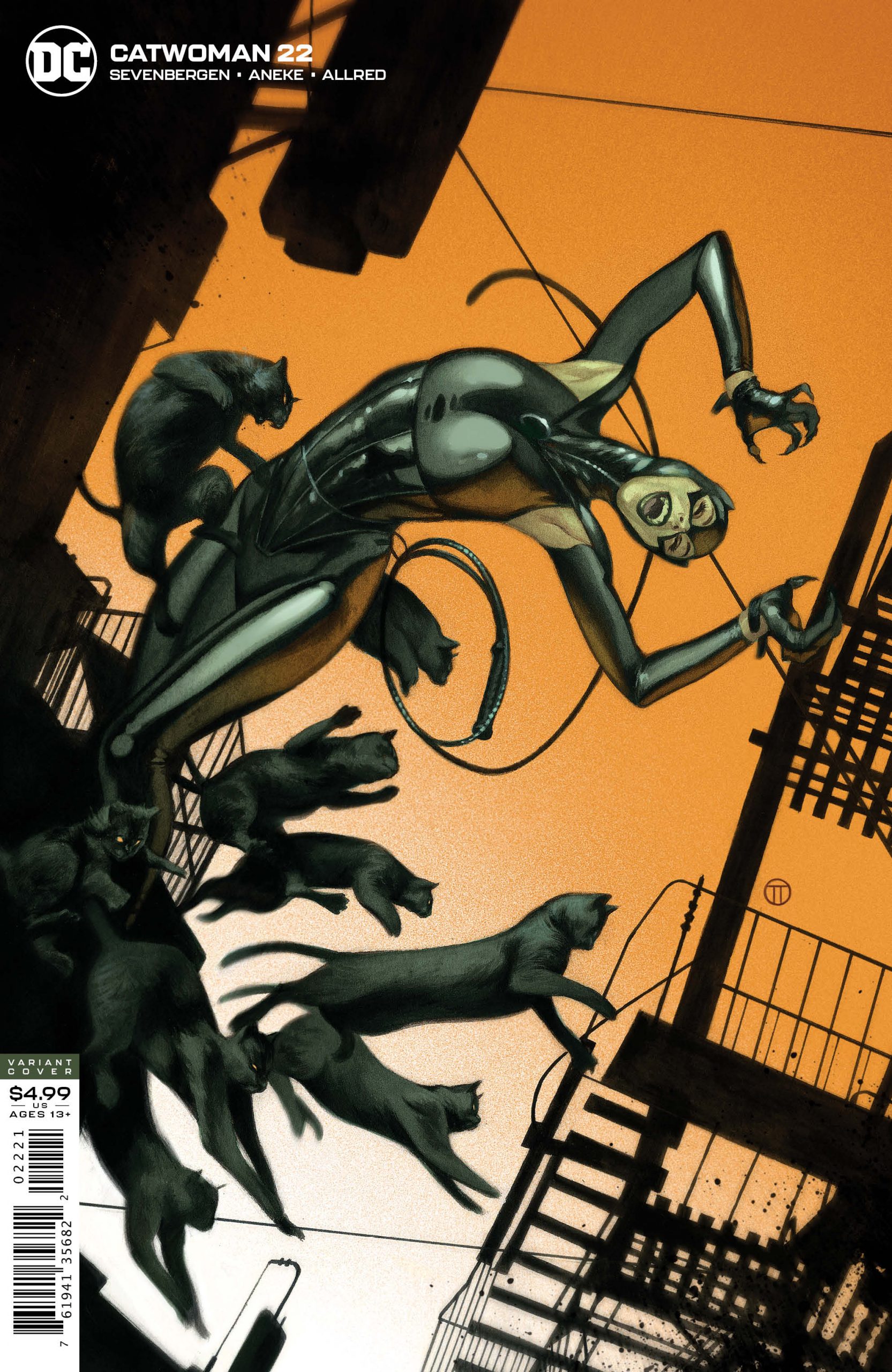 With things calmer after the previous issue, it seems that Selina is acting as the good Samaritan, aiding a detective named Hadley. The people she’s cornering are what’s causing the issue. There’s very little difference in the means used by these sinister maids and Catwoman herself, so we have to wonder if she is being a “good guy” when we think about what she used to do and why she did it.

Wrapping these questions is the wonderfully muted, but dynamic colour palate of Laura Allred. The only carry-over from the old creative team, she provides great realism to the almost Vantablack costume of Catwoman. When you pair that with letterer Gabriela Downie choosing to use all black narration boxes for her, it feels like she’s very similar to her fiance of issues past.

Characters like Catwoman and Batman are strong in our hearts because they’re complex and compelling. Catwoman #22 proves that very well, possibly without meaning to. On a lighter note, we can expect Catwoman to get up to just about anything in future. This issue is the start of a real exploration for Selina Kyle.