For me, when you’re feeling a little blue, lost, or just need to a pick me up, going on Amazon and buying a new toy, whether it be Batman-related or just a new gadget to play with is a big help. It’s not the healthiest habit, no, but sometimes it’s good to do something selfish for yourself once in a while. Right? Just be responsible about it. As a Batfan, a responsible new toy to buy would be pretty much any of the incredibly cool pieces made by Sideshow Collectibles. Recently put up for pre-order, Sideshow have announced a new Batman Premium Format Figure. 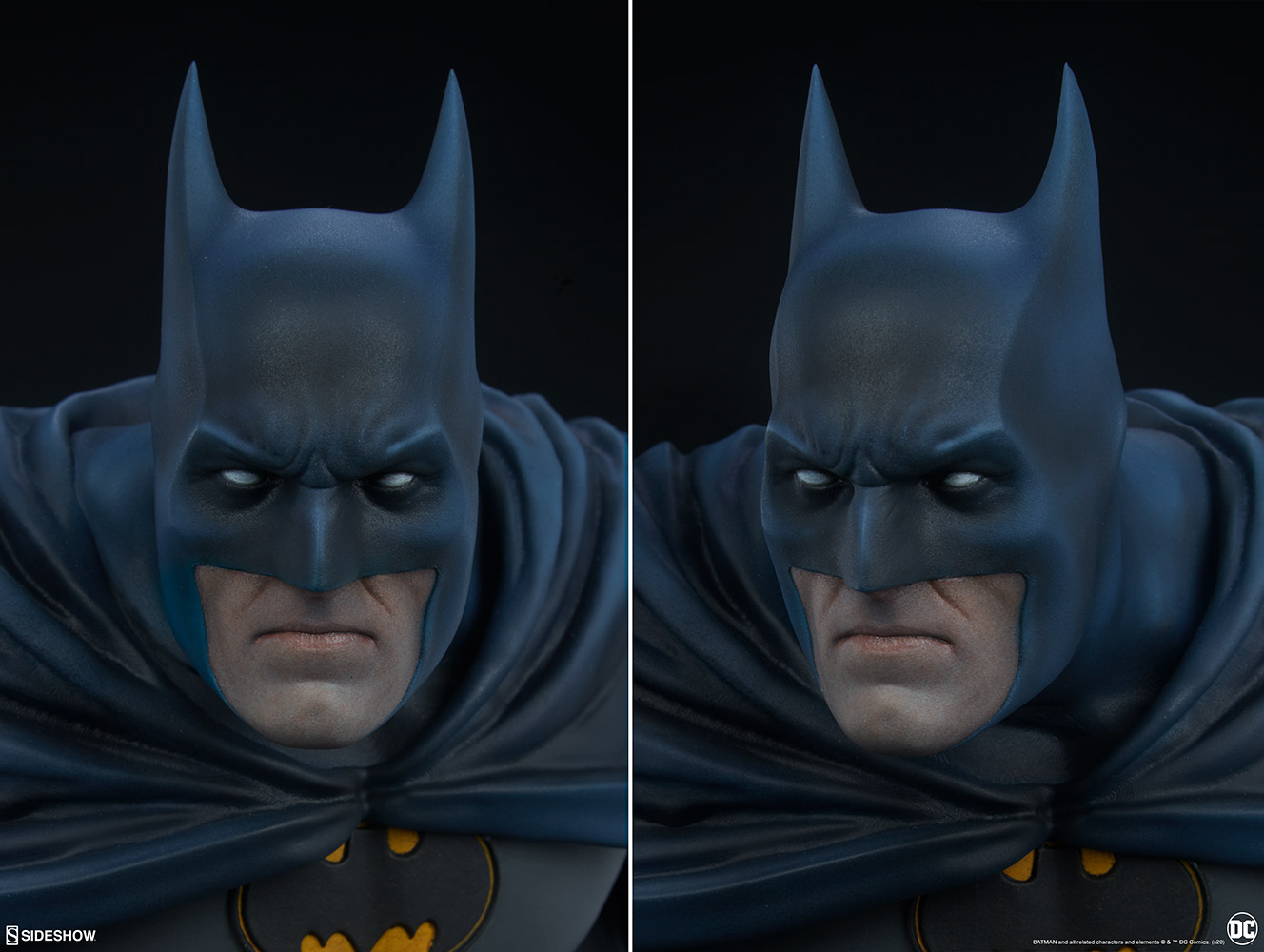 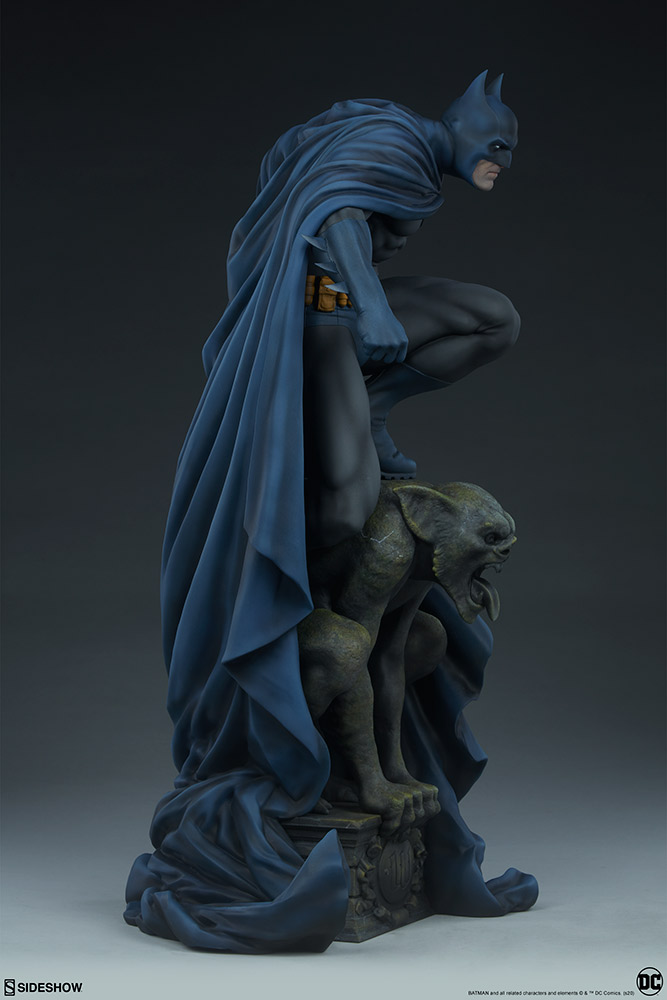 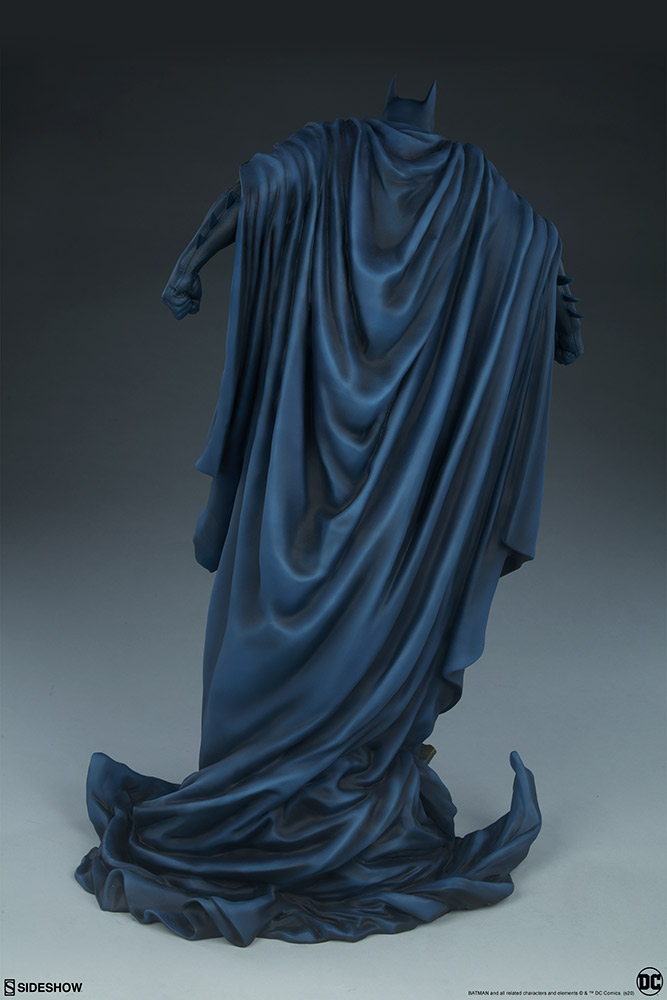 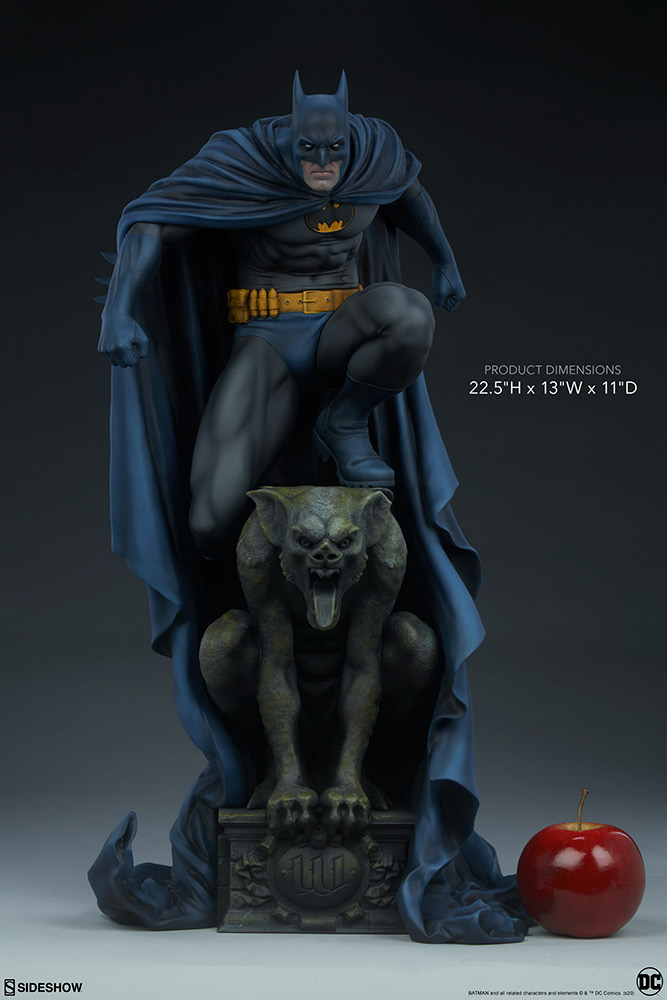 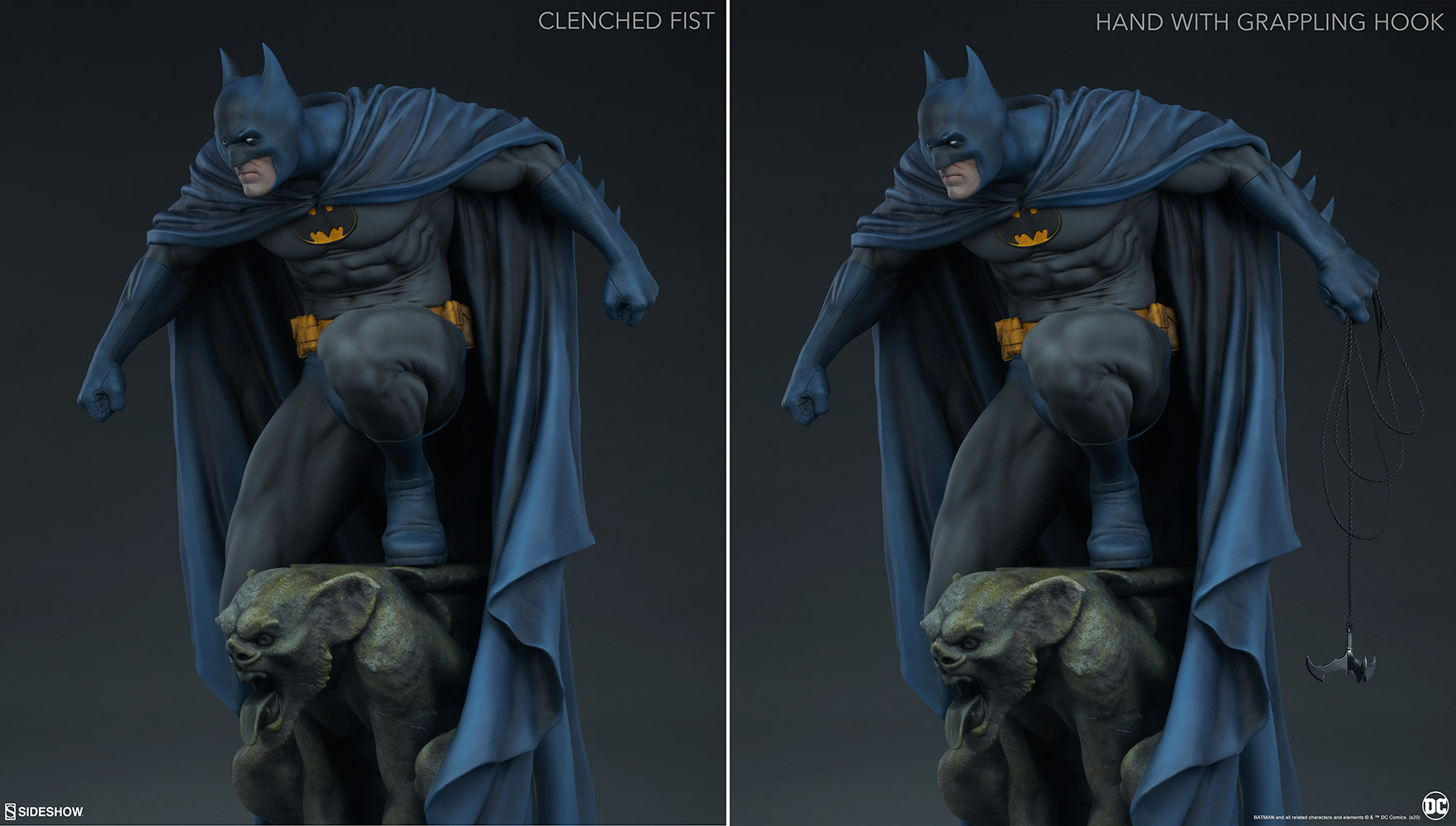 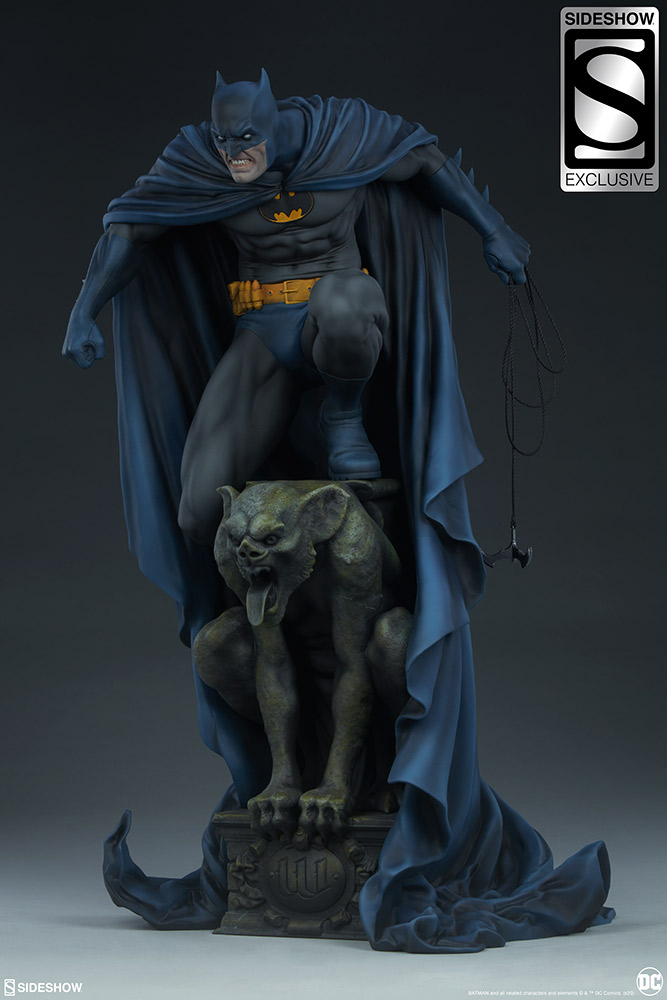 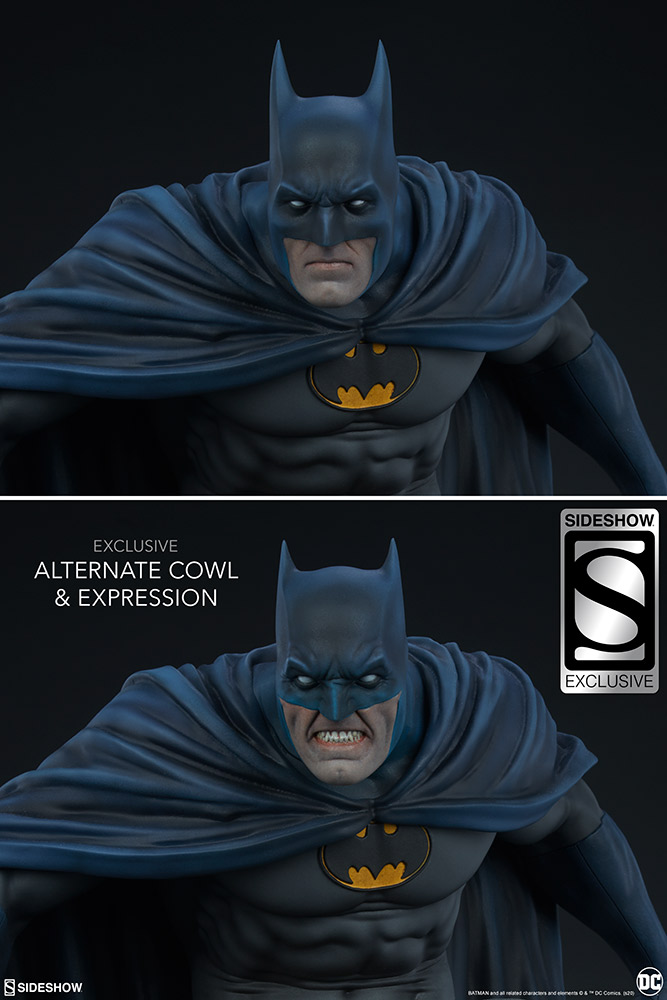 Ready to spring into action!

Like all Sideshow Collectibles, the sculpt is pretty incredible with some crazy detail in his features and the cape. The cape is likely the best part alongside the gargoyle. While it looks pretty damn cool, it’s also one of my biggest points of contention. That cape is just too long. He simply can’t fight crime with a cape that drags on the floor like a wedding gown train. In a group of thugs, someone need only step on his cape as he’s attempting to leap forward and he’s done. As the great Edna Mode might say, “No capes!”

The interchangeable hand with the grappling hook is also pretty fantastic. Also, one thing I’ve noticed is that this beast is an original design. Most times that I’ve seen, the design is usually based around an existing incarnation from some media, but this is designed entire by Sideshow. Good job, guys!

Check out the specs below:

The Batman Premium Format Figure is currently available for pre-order here. This figure will set you back $620 USD and will begin shipping around January to March 2021.

Andy Serkis Hints that ‘The Batman’ May be “Darker, Broodier”